Malaysia very rarely pops up on people’s bucket lists. There are other, more prominent Asian destinations like Singapore, or Thailand, which have both enormous infrastructure, amazing natural sights. Or, of course, anywhere in Europe or the Americas. But, if anyone out there is looking for an ethnically diverse city in Asia, then Malaysia is the place.

After all those years of watching those television ads that said, “Malaysia truly Asia,” it was finally time to find all about that. But honestly, I had no idea what Malaysia indeed was until I visited Teman Negara, one of their pristine national parks. Yet, it wasn’t enough to know what the people and their culture are like. That took a visit to Kuala Lumpur.

The problem is, I only had about 36 hours to find the essence of Asia on a visit to Kuala Lumpur until I took my flight back to India. Thus, it was a significant challenge to know about Malaysia and its culture, at least from one perspective. The best way it Malaysia could do that in some places was by eating their food, lots of food.

Coffee, all the way 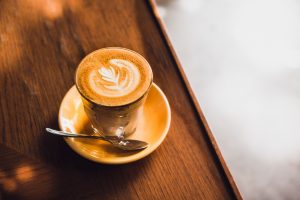 I did expect a fair amount of coffee shops but was in for a shocker to find out so many of them existed in short spaces, all around Kuala Lumpur. Coffee is a favourite pass time for the people here and most of them come by to have a cup along with lots of socialising. I did visit some of them through the course of the day, but the ones I found in the middle of nowhere remain my favourite. There are a variety of options at each of them, but the people are different from the bustling ones found back in the middle of the city. In here, the people are more approachable, and these kind become my great resources on information I need like places to be, things to do etc. These small conversations also help me understand how they live their lives and what they do in the city on a daily basis. 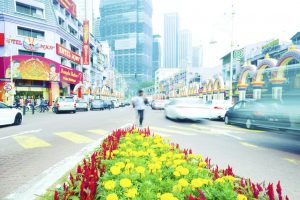 Kuala Lumpur is well known to house a great deal of Indians. They have their own community there and offer some wholesome food choices for visiting travellers. Little India is the destination to find some options for Indian food, and many of them serve traditional south Indian food here. Being a southern Indian myself, curiosity struck me to try and judge the food out here in a foreign land. When I say traditional, I mean it. These conventional restaurants surprised me when the food was served on a banana leaf, rather than a plate. Even in Indian cities, there are only a handful of south Indian places that serve like this, they mostly resort to a plate serving. I honestly cannot compare both, but the ones here were as delicious as in India.

Around Little India, though the vibe is nowhere close to downtown Kuala Lumpur, instead this place could be the best escape from the bustling of the city. Indulge in some massages, light shopping and different variety of food when here. 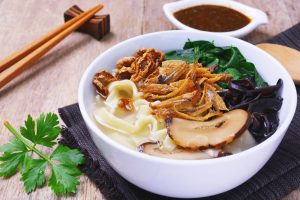 A dish that everyone’s talking about and comes highly recommended from people far away from Kuala Lumpur too. It’s a simple dish, and as it looks everyone in Kuala Lumpur loves it. Comes in a bowl, with pork, noodles, some veggies and egg spreading all over the dish. There is another gravy variant, which is with some sort of gravy or tofu. Either of those choices is excellent, and on the sides, you could order those fried pork rolls (looks more like the spring rolls).

Some speciality restaurants in and around the central areas of KL:
Mali’s Corner | Restoran Yan Gon | Lots 10 (for Malay dishes) | Sung Fon

There exists a division between these two areas, in a right way of course, with Buket bin Tan known to be a buzzing area with lots of bars, clubs and restaurants. The other side, Jalan Alor food street, is home to numerous food counters, serving possibly many variety and food cuisines. These two places sum up the exciting nightlife on offer, meaning while one side offers food, the other hand compensates with drinks, possibly the best places anyone could ask for.

This is another one of the world-famous sites that people visit from all over. The Batu caves welcome with a humongous statue of Hindu god Muruga (Shiva’s son), and on the inside, there are a lot of praying places, shrines and temples. There involves a lot of climbing though, but it’s totally worth it, for the architecture and calmness within the caves inside. Batu caves are about 30 minutes from the city and are not much crowded, even on weekends.

Although I did not visit or view any of this, I’ve been told about the Kuala Lumpur Performing Arts Theater. This theater is known widely and has many diverse shows. Another way to get involved in the culture of Malaysia and despite me never watching any of them, the general sense is it would be worth a visit for any traveler.

Notable places: If you are short of time and want to cover a lot, might as well visit the places mentioned below –
Dataran Mardeka | Sin Sze Si Ya Temple | Thean Hou Temple | Central Market | Masjid Jamek | China Town

Airbnb of late has been a revelation in providing excellent accommodations to travellers from far and wide. In Kuala Lumpur, I had obtained an apartment in the most central area of the city, which was about 40 minutes from the Airport. Not that I was at the airport, but it was quite easy to find the location of my stay like that. Ideally, for travellers, the options to get to the central areas of the city from the Airport are by taxi or metros, costing nearly $25 and $9 respectively. Solo travellers could do with the subway and save some precious currency, but group travellers could easily split a cab. Check out these other great places for solo travellers in Asia.

Kuala Lumpur is made up of people from different cultures, races and ethnicity, mainly comprising of Malaysians, Indians and the Chinese. The general feeling is that they tend to live together here, like a big family and they all have grown together. Apart from them, there are people from Bangladesh, Myanmar, Korea and many other south-east Asian countries. Of food, there are several cuisines strictly of the Malay descent, but most food items are mixed-matched due to the cultural diversity of the city or even the country. Put aside the politics here, and they are one big family. If you are looking for the most ethnically diverse city in Asia, then this is it! Malaysia in many ways, as those television ads spoke of for years, is truly Asia!