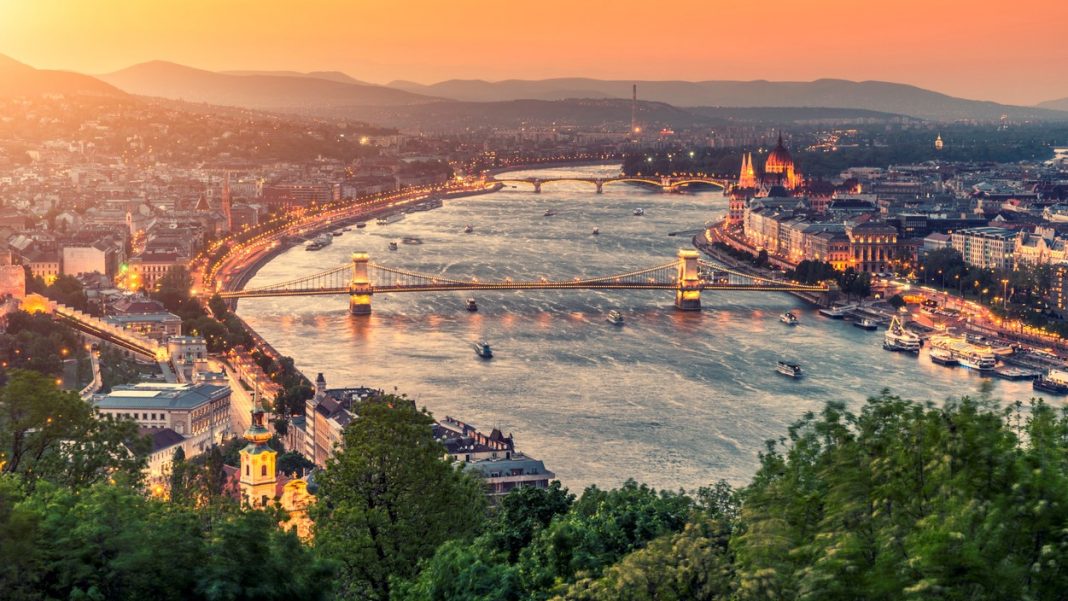 The Hungarian capital city of Budapest lies on either side of the Danube River. It is actually made up of three unified cities – Buda and Óbuda along the western bank and Pest on the east. From exploring its fascinating history to experiencing its soothing thermal baths, there are lots of things to do in Budapest.

Often said to be amongst the most beautiful cities in Europe, Budapest is full of buildings from various periods of history, such as Roman ruins, medieval castles, Turkish bathhouses and Baroque churches. Here are some of the best things to do in Budapest.

Also Read: Delicious Hungarian Dishes You Have To Try

One of the top destinations in Budapest is its Castle Hill, where the cobblestoned streets are lined with baroque houses and monuments. Its main attraction is the Buda Castle complex, which can be reached by the Budapest Castle Hill Funicular. The things to see here include:

Located near Castle Hill is the smaller Gellért Hill. It is named after Saint Gerard, who was thrown to his death here, and overlooks the Danube. There are numerous attractions on the hill, including:

Budapest was once called the “Spa City,” due to its numerous spas and the popularity of public bathhouses. Two popular bathhouses are the Király Bath and the Lukács Thermal Bath, both located on the west bank of the Danube. The Király Bath dates back to the 16th century and the time of Ottoman rule and features a Turkish dome and octagonal pool. The Lukács Thermal Bath has both indoor and outdoor pools naturally heated by hot springs and dates back to the 1880s.

Between Buda and Pest in the middle of the Danube River lies the lush green Margaret Island. It is full of promenades and parkland, and it also has the ruins of a 13th-century Dominican convent, a small aviary, live music venues, and even a small zoo.

With the two sides of the city lying on either side of the Danube River, there are consequently lots of bridges connecting the two sides. The most famous is the 19th-century Széchenyi Chain Bridge, a suspension bridge near Buda Castle. Others include the three-way Margaret Bridge near Margaret Island, as well as Elisabeth Bridge and Liberty Bridge near Gellért Hill.

The impressive Gothic Revival–style Hungarian Parliament Building is one of the largest buildings in the city. Located on the eastern bank of the Danube in Lajos Kossuth Square, this lavishly decorated building is the seat of the National Assembly of Hungary.

There are lots of interesting sights along the east bank of the Danube, Two of the most well-known are the Shoes on the Danube Bank, a memorial by film director Can Togay and sculptor Gyula Pauer to honour the Jews who were killed in Budapest during World War II; and Danube Promenade between the Elizabeth Bridge and the Chain Bridge, which has excellent views of Buda Castle, as well as numerous restaurants and cafes.

One of the most important religious buildings in Hungary, the Roman Catholic St. Stephen’s Basilica is named in honour of Stephen, the first King of Hungary. It is said that his right hand is housed in the reliquary. The vast dome of the grand church also has amazing views of the city. It also has regular classical music concerts.

Andrássy Avenue is a boulevard in Budapest that is lined with imposing neo-renaissance mansions and townhouses. Built in the 19th-century, it links Erzsébet Square with the Városliget (or City Park). Among the buildings on the avenue are the Hungarian National Opera House and the House of Terror. The House of Terror is a museum and memorial that documents the Nazi and Soviet regimes in Hungary and has a memorial to their victims.

Budapest is also known for its many “ruin pubs”. Set up in large deserted buildings, they are filled with comfortable, mismatched furniture creating a unique shabby-chic aesthetic. Some of the most popular ruins pubs are Szimpla Kert, with its disused cars and garden; Kuplung, located in a former repair shop; Fogas Ház és Kert, which also has an arts scene and a flea market; and Instant.

Also known as the Great Synagogue, or Tabakgasse Synagogue, this 19th-century building is one of the largest synagogues in the world (outside of Israel). Its ornate domes and lavish interiors were restored in the 1990s, and the garden contains a Holocaust memorial.

The Inner City, or Belváros, is an upscale area of Budapest known for its elegant neoclassical buildings which house many hotels, restaurants, and shops. Váci street is especially famous for its touristy shops and Deák Ferenc street for its boutiques.

Built in the late 19th-century, this is Budapest’s most famous marketplace. The hall is filled with vendors selling all kinds of locally grown groceries, produce, and delicacies. Upper floors also have souvenirs such as lace, chess sets and leather goods.

The Hungarian National Museum was founded in 1802 and is home to thousands of exhibits exploring the history, art, religion and archaeology of the country. There are also exhibits of places that were historically a part of Hungary (such as Transylvania) and large gardens to explore.

The City Park is a large park near the centre of Budapest. With its entrance at Heroes’ Square, it covers an area of 302 acres and is filled with various attractions and facilities, including a lake (which is turned into an ice rink in the winter), a palm house, concert venues, plus tree-filled paths and lawns. You can also find:

Located on the outskirts of the city, this vibrant flea market is a great place to go shopping. The stalls are full of treasures, everything from memorabilia, vintage clothing, bric-a-brac, and a fair amount of useless trash. Remember to bargain and haggle to get the best price.

Aquincum was once an ancient Roman city which stood where Budapest stands today. The Aquincum Museum is set around the excavated ruins of this city. You can explore the Roman baths, the amphitheatre, and other structures, as well as the museum that recreates what life was like there.

This park is an open-air museum with statues dedicated to Hungary’s Communist era. The statues and sculptures were once dotted around the city. But they were removed by the government and the people in protest of the previous regime. There is also a small museum on-site exploring this period of Hungarian history.

Are there any other things to do in Budapest that we’ve missed? If so, be sure to share them in the comments below.