My Experience Of Visiting Berlin

We took the bus from Munich to Berlin. Not a great trip that. Flixbus was a huge disappointment – the seats were uncomfortable and the loo was so stinky when the door was opened that I was quite sure I would pass out! Promptly tweeted about it and am still awaiting a revert! They got us to Berlin though and we hopped off in the early morn – bitterly cold and blowing. Note to Indians – by cold, I mean single digit temperatures! In our country when it’s 22 deg c, the sweaters and shawls will come out!!

Found our way to our Airbnb accommodation – a couple of stops in a bright yellow Ubahn. In the heart of the city, our apartment was a 5 min walk from the station. Word of caution – when you book on Airbnb make sure you specify that you want a building which has an elevator or at least something on the lower floors. We huffed and puffed out way up 5 really steep flights of stairs. Small and compact the apartment was ok but very sparsely furnished. 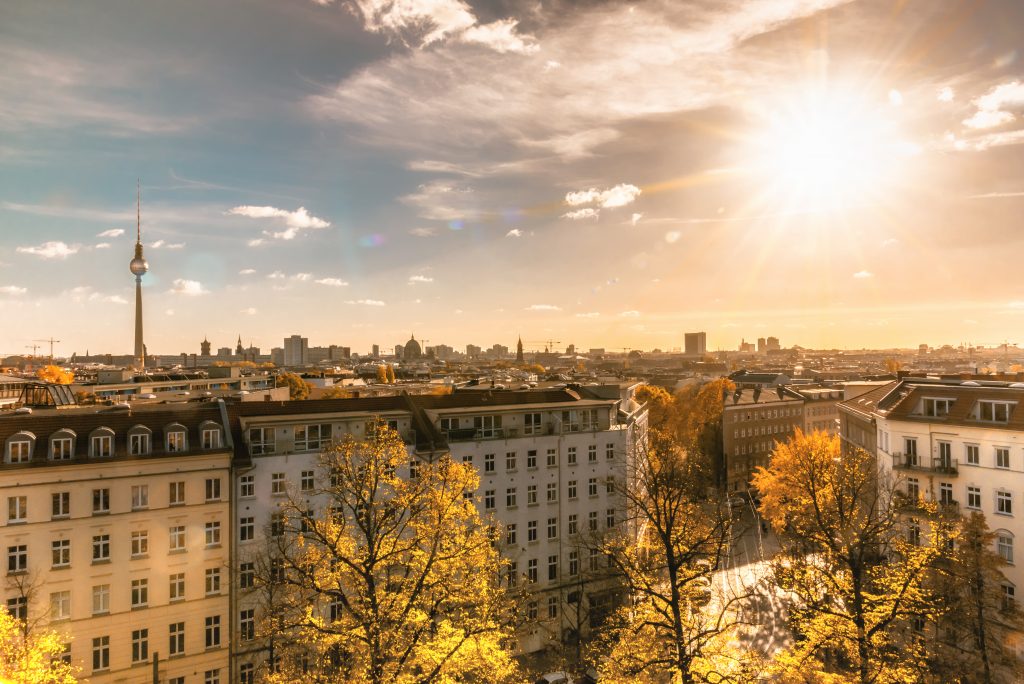 Post shower and a coffee, we were all set to conquer this beautiful city. Took the Ubahn to Warschauer Straße and walked on over to the East Side Gallery – an international memorial for freedom. It is a 1316 m section of the Wall located on Mühlenstraße. The open-air Gallery has over 105 paintings by artists from all over the world.

They were painted in 1990 on the east side of the Berlin Wall. We saw the famous graffiti on the eastern side of the Berlin Wall which depicts communist leaders Brezhnev and Honecker kissing!- quite vivid and very realistic. These paintings are a document of the time when there was a lot of change for the better, there was hope for a bright future and freedom for all. 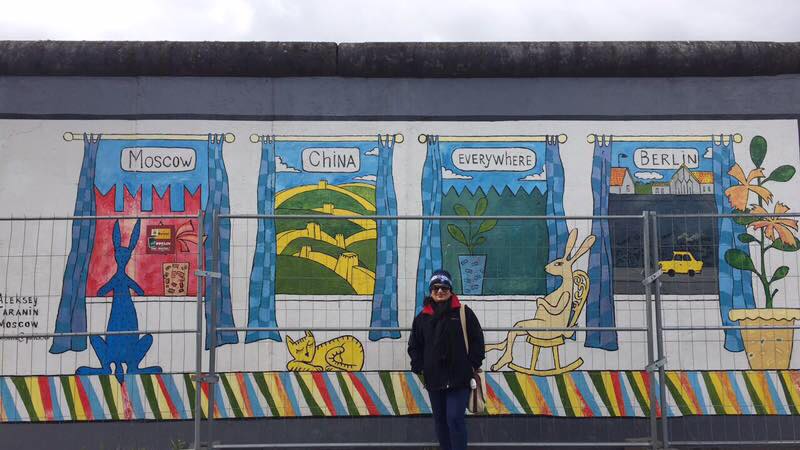 Built as a barb wire fence on 12 August 1961, this was erected as a wall sometime later. We ambled along the wall enjoying the brilliant graffiti. It also makes you very sad when you stop to remember the lives that were lost.  We came to Checkpoint Charlie – the place which was most famous for crossings from Communist East Berlin to West Berlin. Again a very poignant place – in 1962 a young East German teenager trying to escape, was shot by the guards and bled to death in the barbed wire fence while the whole world watched helplessly.

We then thought some shopping was in order. So off to Alexanderplatz we went – again in that quaint bright yellow Ubahn. Primark was crowded and bustling with shoppers. Because everything there is such a bargain, we too got some clothes and other knick-knacks. We were hungry so we stopped for currywurst and potato salad. Very yummy. The Das Lamb sandwich is apparently a good snack though I didn’t try it – red meat is something I studiously avoid. 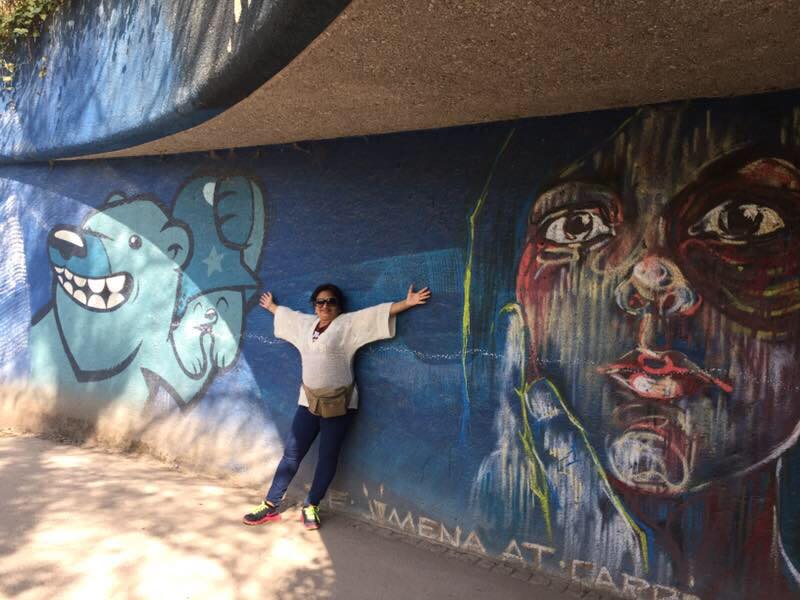 Interesting to see the Berlin bear all over the city. The city’s mascot, you will see statues of the bear standing, sitting, upside down, different colours. Even their traffic light signs have a bear as opposed to just the amber, red and green!

The Holocaust Memorial was built in memory of the Jewish Holocaust victims. It was designed by  Peter Eisenman (Architect) and Buro Happold (Engineer).  Spread over a 4.7-acre site, it has 2711 concrete slabs or stelae arranged in a grid. The outdoor walk has numerous pictures and the history of what happened during those horrific days. There is an underground museum of sorts. We stood in line but somehow when it came to going in, I felt a panic overcome me and I just couldn’t bring myself to go it. I think to see the pictures of people who lost their lives, the horror of the Gestapo etc just made me feel ill. So we skipped the tour.

We then went to see the Brandenburg Gate. A hue neoclassical monument, it is one of the most famous landmarks in the city. It is located at the junction of the Unter Den Linden and Ebert Strasse. Close by is the Reichstag building – housing the German Parliament. The gate is considered a symbol of European unity and peace and often used as a site for historical events. 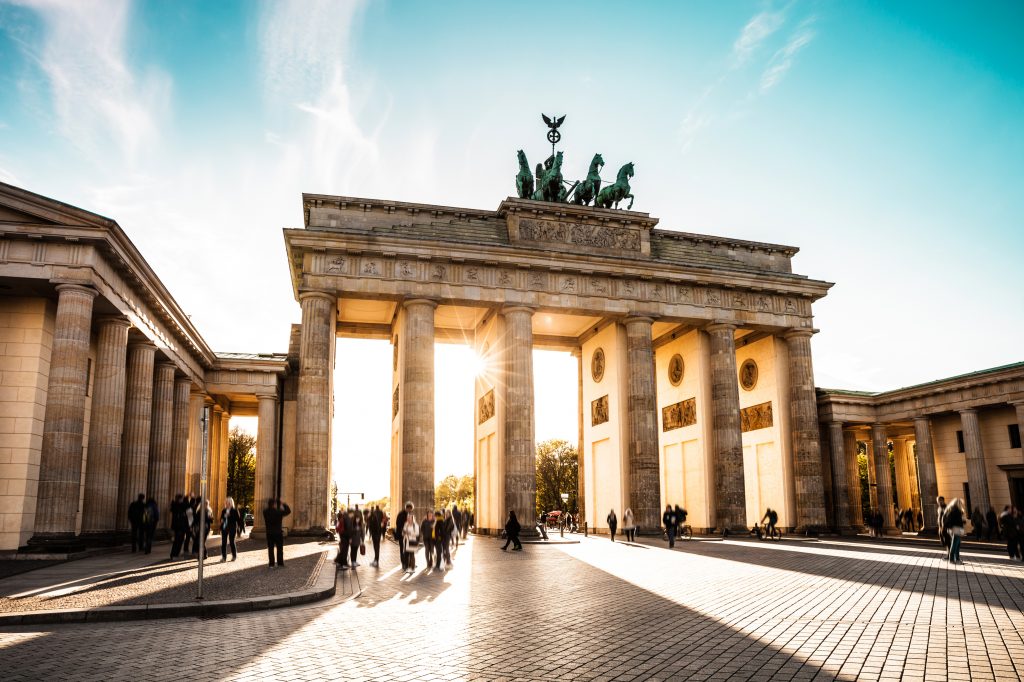 Not to be missed is the massive Berlin Cathedral which is a short form for the Supreme Parish and Collegiate Church. It is called a Cathedral even though it has never really been the seat of a Bishop. For those who are not familiar with this, every city has a Cathedral. It is where the local Bishop celebrates Mass and is technically his Parish. It started as a Roman Catholic place of worship in the 15th century. Parts of it were destroyed during the wars but rebuilt at a later date. All is all it’s a very imposing structure.

The Gendarmenmarkt close by is worth a visit. This square houses the Konzerthaus (Concert Hall) and the German and French Churches. An imposing statue of the poet Friedrich Schiller stands in the middle of the square. This square was conceptualised by Johan Nering and reconstructed by Georg Unger in 1773.

Berlin is an eclectic mix of the old and new. Numerous buildings dot the city skyline – some ancient and some very modern.  The facades of the buildings are amazing and quite the architect dream. It isn’t your cleanest city (compared to Munchen) but it has something about it. Something that tugs at your heart – the history is overwhelming and all-pervading.

Will go back someday to spend more time at the Wall and maybe go into the Holocaust memorial.

Black Forest In Germany And Its 6 Most Beautiful Spots