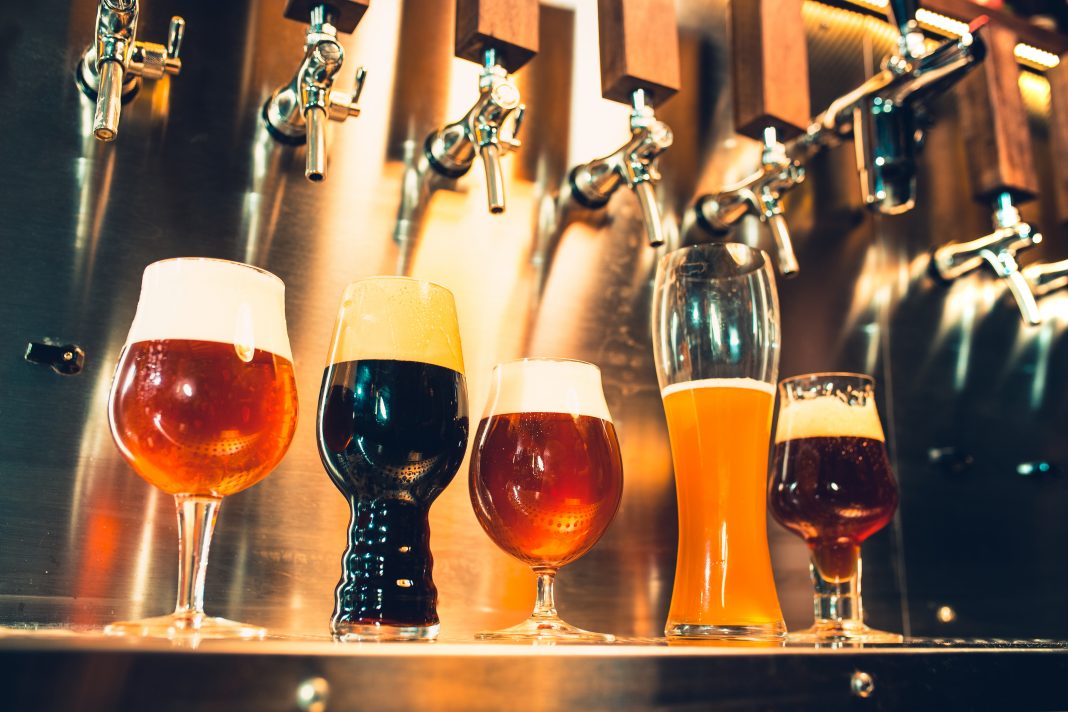 It is a well-known fact that Hyderabad is home to great food and has a rich culture. There’s the  delicious biryani, as well as the beautiful Charminar that stands as a testament to the history of Nizam rule. Thanks to the rise of IT culture, the city is now home to people from different parts of the country, as well as the world. It’s led to a burgeoning younger population who have given the city a new flavour—that of craft beer. Craft beer and breweries in Hyderabad show off the city’s entrepreneurial spirit, and have won over the hearts and appetites of locals and visitors. Here’s a quick look at some of the most popular ones.

Also read: Check Out Some Of The Best Breweries In Bangalore

Unique Breweries In Hyderabad That Will Satisfy Your Thirst

Prost is one of the most famous breweries in Hyderabad, and known for its amazing premises with décor made of motorcycle parts, colourful graffiti scrawled on the walls, and impressive lights that set a bright mood. They were one of the first pubs to introduce craft beers in the city. Their most talked-about beer is the Irish stout and it doesn’t fail to disappoint beer-enthusiasts. This brewery in Hyderabad is always trying to experiment with their beer selection, and even have one called Glitter beer. Their signature cocktails include the Beer Boiler, a delicious concoction of house-crafted beer, whiskey, and vodka. Another beloved cocktail is What An Idea, prepared with basil, pineapple, and vodka. The brewery also has another branch in Koramangala, Bangalore.

Seasonal flavoured ales like Mango and Spiced Pumpkin make this place buzzing with beer connoisseurs. Zero40 Brewing has four storeys that take you through four levels of fun with live music, pool table or a sports screening. Despite the huge premises, it is one of the most happening breweries in Hyderabad, so the place is packed on weekends. Named after Hyderabad’s STD code 040, the brewery offers six craft beers that range from classics to their own concoctions. Their food menu complements the beers well and their nachos are a crowd favourite. Along with a great taste in alcohol, they have a good sense of humour too. Their classic cocktails include When Jag Met Gin, made with gin, vodka, and jaggery, Limbu Martini, made by adding generous amounts of lime to a martini, and Felix Felicis, a vodka-based cocktail that makes you feel like the luckiest person on earth. Their craft beers like Vincent Van Goat, a malty and fruity beer based on wheat, and Go Swami, made using Basmati help them make it to the list of the best breweries in Hyderabad.

3. Kick Back With James Blond And Enjoy The Mausam: Hylife Brewing Company

With outdoor seating and tasty beers, this is one of the first microbreweries in Hyderabad. With their trademark brews like James Blonde, Pilsner and Mausam, their crafted beers have not disappointed the crowds. The interiors of this brewery in Hyderabad is one of the main  attractions. They have a jeep suspended from the roof, glass floor lights, and illustrations of the brewing process on the wall. If you are still not convinced, it also has a rooftop with an amazing view of Hyderabad. Their craft beers have their own character and strong taste. The two-storeyed microbrewery has hosted many live performances with bands like The Local Train, Capricio, and Agam.

4. Almost At The Beach: The Hoppery

A pet-friendly brewery with delectable drinks and an amazing lake view, need we say more? Their delicious menu with White Spice Beer, Belgian Wheat Beer, Coffee Beer, and other  crafted beers will satisfy your thirst for tasty beers. The brewery is set amidst greenery, and overlooks the Durag Cheruvu lake and gives off a beachy vibe on a warm day. It is a place where you can kick off and relax with a chilled and tempting beer. Breweries in Hyderabad rarely have such serene backdrops. They also have a special beer crafted using original Hyderabadi flavours called the HyderaBrew. Their range of cocktails is also impressive like the Beer Sangria, made using apple and grape juice in beer, and the Cure, that impresses coffee and alcohol lovers with flavours of coffee and caramel.

With an open terrace and live performances, Repete Brewery and Kitchen is always bustling with youngsters. It is also one of the best breweries in Hyderabad. They have four different levels with a rooftop bar, a lounge, a dancefloor, and one that’s moody and dark to set a party mood. Their Light Strength Witbier is a popular drink and along with that, they serve around six different craft beers. The food options are also varied with Drums of Heaven, Lamb Pepper, BBQ Chicken Pizza, and more, making it one of the preferred breweries in Hyderabad.

6. Under The Moonlight: Over The Moon Brew Company

Over The Moon is for the beer enthusiast who loves wine too. Along with their craft beers, the brewery also serves a selected range of wines. With a flattering view, the two-storeyed brewery in Hyderabad gives off two different vibes. While the upper floor is all about bright accents and perky colours and hosts a buffet, the lower floor is less formal. The peaceful ambience makes it stand out and be one of the best breweries in Hyderabad. It stands true to its name and has open spaces under a starry sky. While you bask in the moonlight you can try their specials like the OTM lager, which is caramel flavoured, or White High, a Belgian wheat beer with a hint of sweetness.

The first Belgium beer bar in the city, MOB presents a distinguished menu with a few of the best Belgian beer brands. This makes it different from other breweries in Hyderabad. Belgian brewers stand out in the variety of beers they produce and the flavours they introduce. Inspired by these Belgian brewers, the founders, Chalapathi Raja, Vikas Passary, and Vijay Patwari chose a variety of Belgian-French and Belgian-German beers. Their food complements the beer, and with the help of their management, you can choose the perfect combination. The food menu also has international flavours with dishes like Ra Crostini served with cherry mozzarella, Well-aged Cheese Platter, Beer Batter Fry from the sea. The brewery offers a range of 16 beers, 12 bottled and 4 tap beers.

8. Late To The Party: Broadway The Brewery

Broadway is new to the brewery scene in Hyderabad. The high ceiling, wooden walls, and dark interiors make you feel welcome and warm. The bar is one of the main attractions with a taproom and a 56-foot-long table. This latest brewery in Hyderabad also has a barbeque corner, dining area, and an alfresco courtyard. As the name suggests there are influences of Broadway theatre on the stairs that take you to the balcony. Additionally, they have a seating area with tables and couches that have monochromatic photos depicting the construction of the place. Breweries in Hyderabad have picked up their pace and Broadway is not falling behind. The brewers have tried to introduce Indian flavours in their beers with curry leaves and ginger. They have classic beers of wheat and stout as well as experimental beers like India Pale Ale with hibiscus, and beers with raspberry and honey.

Hyderabad has a lot to offer to the brewery scene. The unique breweries coming up with different food options and intriguing venues attract a lot of customers. For people who aren’t up for loud lights and noise, breweries offer a great change of scene. And the bonus – craft beers bring a unique taste to the table.