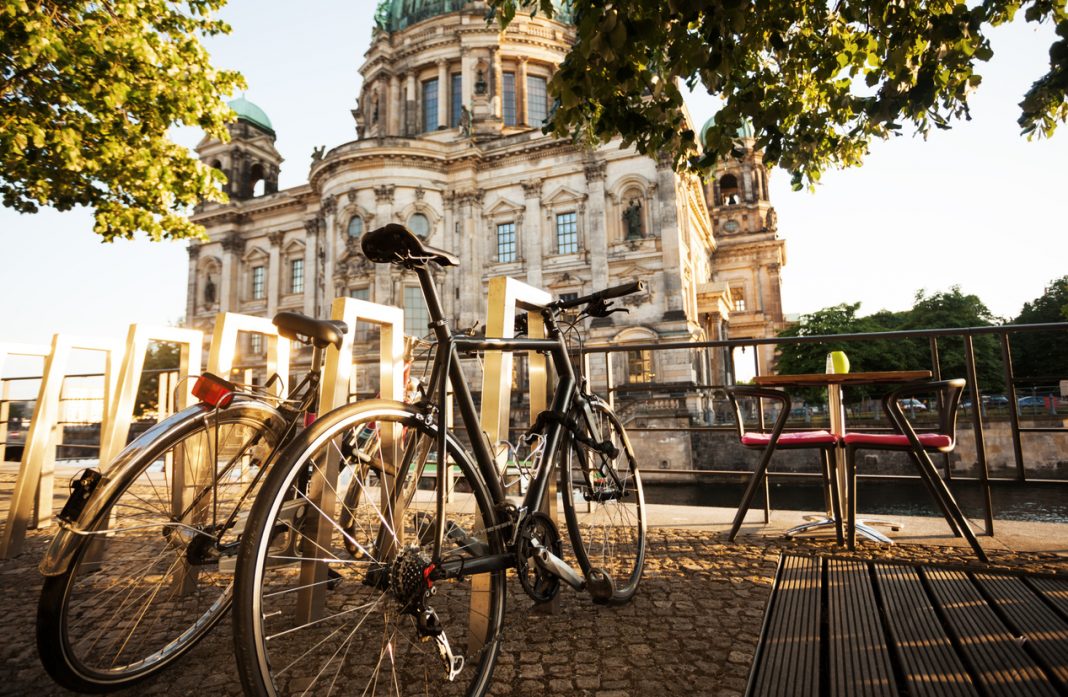 Berlin is Germany’s vibrant capital, known for its intense parties and rich history. There’s much to see and do in this exciting multicultural city, but sometimes, you might feel the need to get away from the hustle and bustle. So, here are some great ways to explore the rest of Germany with 12 of the best day trips from Berlin: 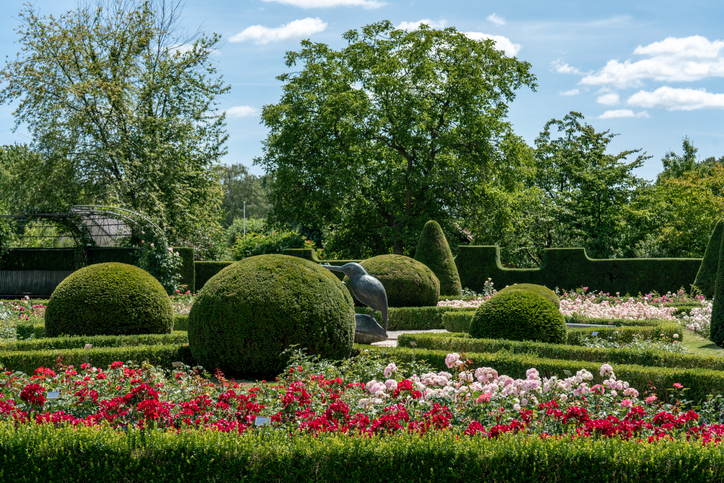 This sprawling 90-hectare park lies just outside Berlin. Here you can find playgrounds, rose gardens, lakes, a mini-railway AND the largest sundial in Europe. But, if water is more your thing, head to the Tropical Islands Resort. Built in an old airship hangar to the south of Berlin, it has waterfalls, lagoons, waterslides and the largest indoor pool in Europe. 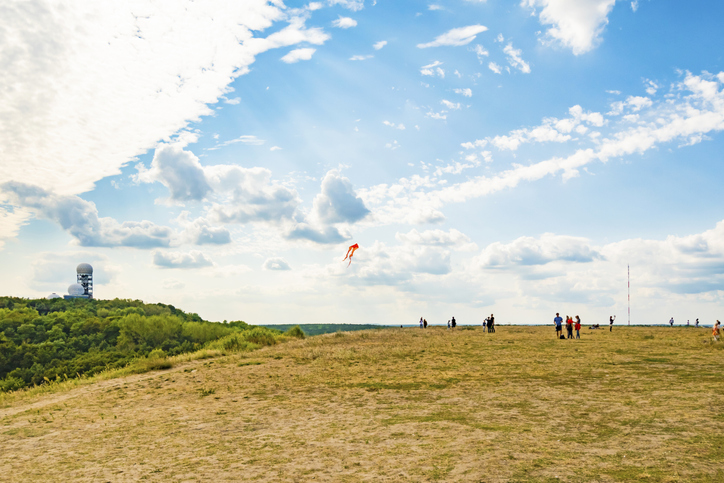 The scenic Grunewald forest, an hour outside Berlin, is home to Teufelsberg. This unusual hill is made with debris left over after World War II. Now, it has an abandoned Cold War-era tower. Trek up the hill and set down a picnic blanket to enjoy the stunning views of Berlin. 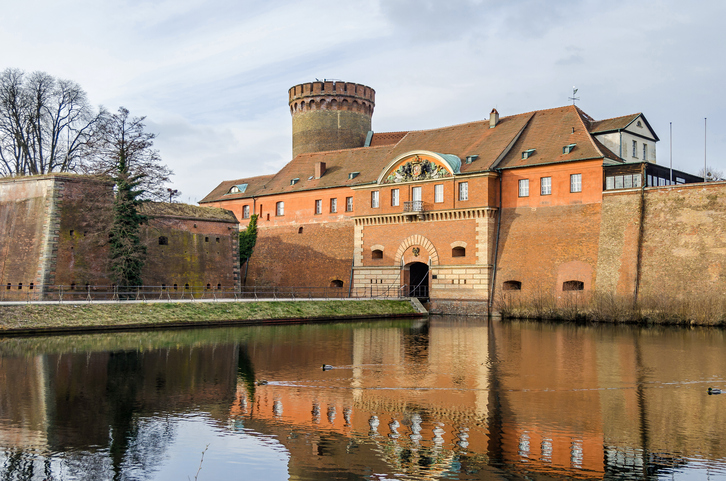 Spandau is just half-an-hour away from Berlin and is most famous for the 16th century Spandau Citadel. This imposing high-walled fortress lies between the Rivers Spree and Havel and has remained virtually unchanged since it was built, so it’s the perfect attraction for history buffs. 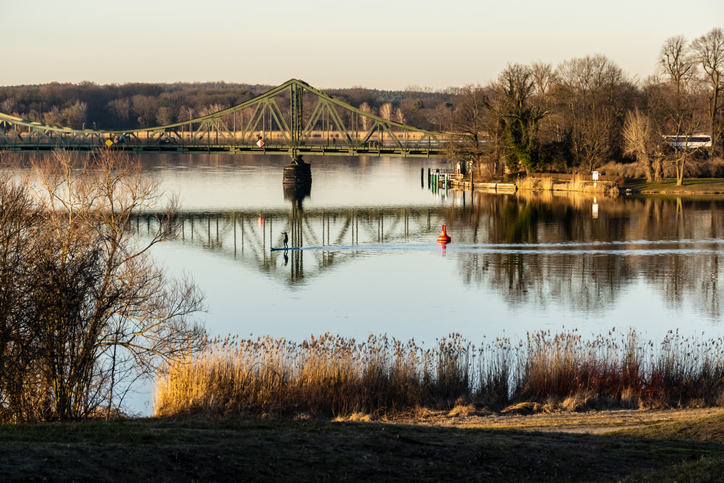 Around 20 km away from Berlin  – and on the way to Potsdam – is the village of Klein (Little) Glienicke. It sits on a lake and is known for the Glienicke Bridge and its spectacular views over the River Havel. You can also visit the Neoclassical Glienicke Palace and its vast park, and take a lakeside walk to the popular Peacock Island (Pfaueninsel). 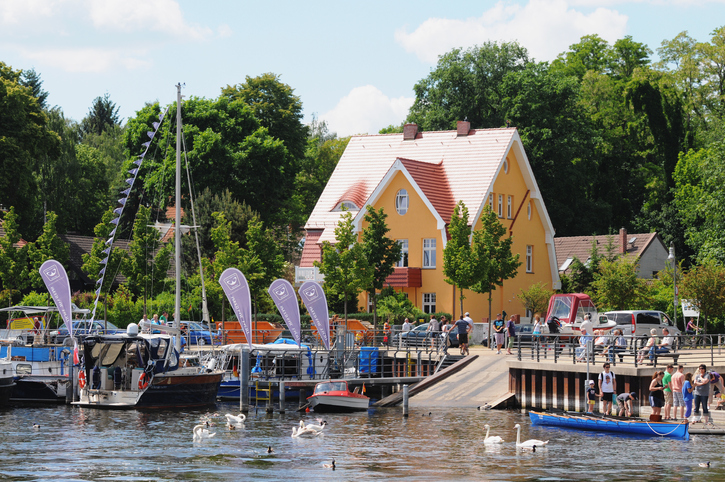 Popular among both tourists and locals, Wannsee has two lakes, the Grosser and Kleiner (Great and Little) Wannsee, with sandy inland beaches lined with cafés, restaurants, and old-fashioned villas. It’s a great place to relax. 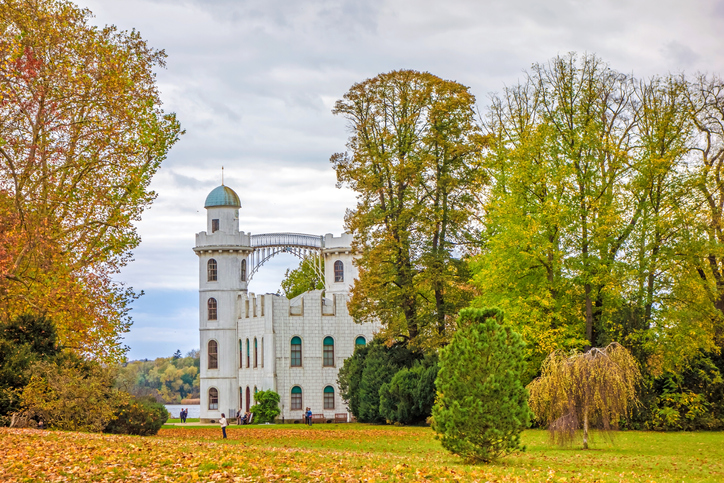 Pfaueninsel (literally Peacock Island) is a small island on the River Havel that’s home to – as is probably obvious – lots and lots of wild peacocks. Though the island is just 242 acres, it’s also home to many rare plants and trees, as well as mock ruins, a Swiss cottage, and the fairytale-style Peacock Island Castle. 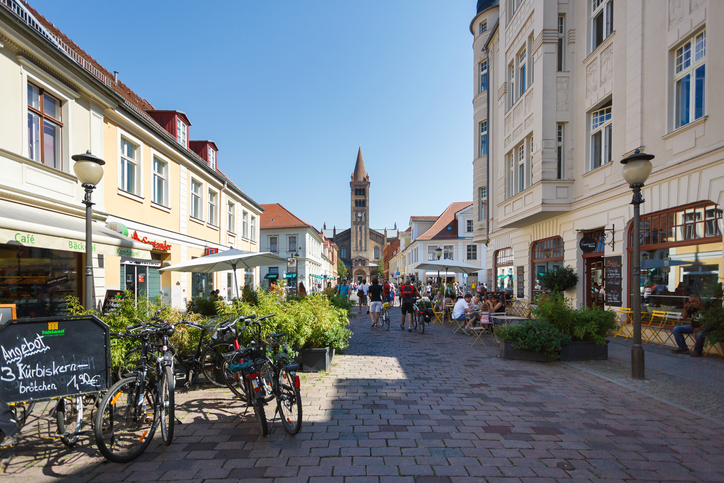 Located in the state of Brandenburg, Potsdam is about 40 kilometres southwest of Berlin. The city is famous for its old Prussian palaces, especially the UNESCO-listed Sanssouci Palace (which is so stunning, it can give Versailles a run for its money) and its exquisite gardens, the intriguing Dutch Quarter, and for being where the Allies met after World War II to decide the fate of central Europe. 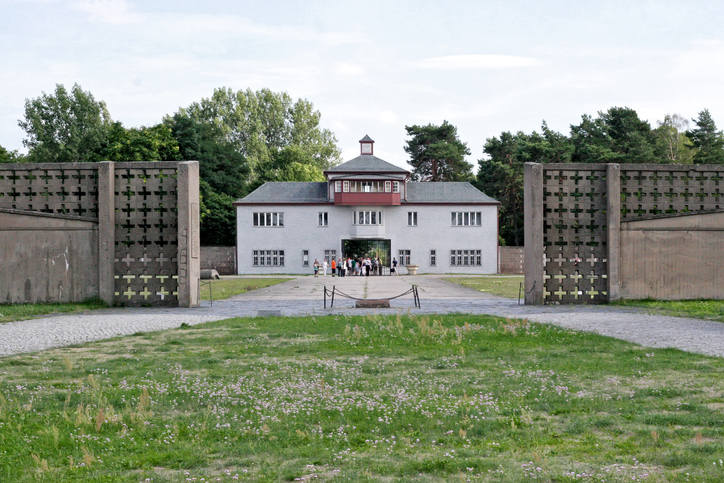 While this might be a sobering addition to your itinerary, Sachsenhausen is definitely worth a visit. It was one of the first concentration camps established by the Third Reich, and over 200,000 people were imprisoned here between 1936 and 1945. Seeing this grisly past and the poignant memorial displays provide a worthwhile history lesson. 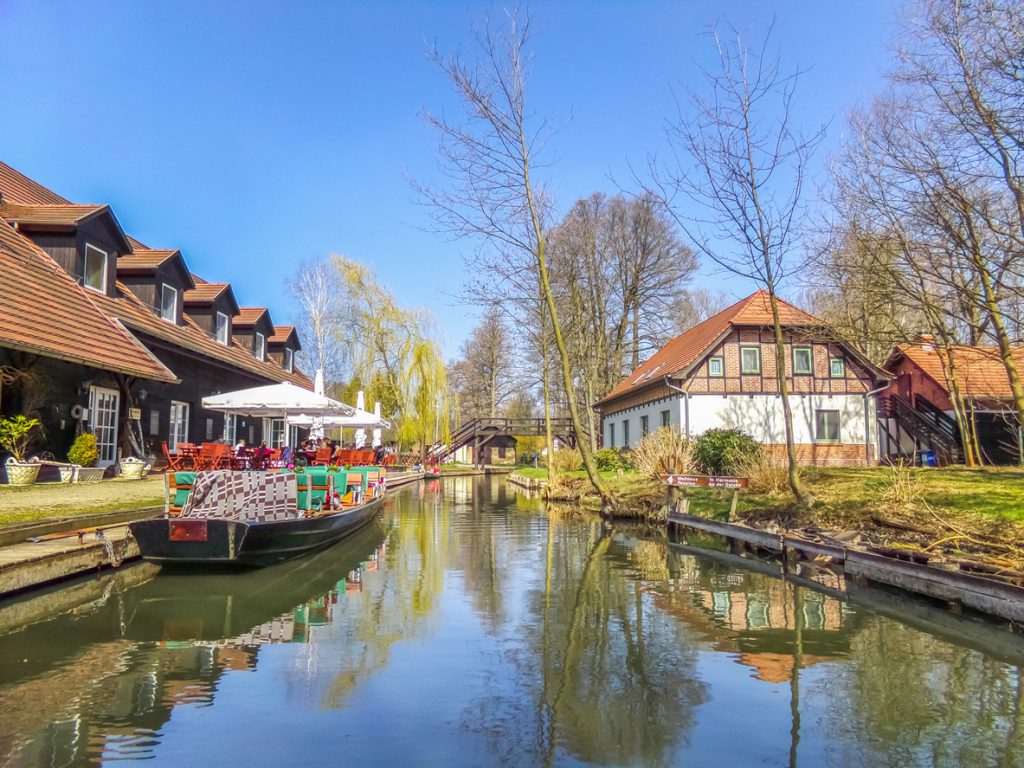 The River Spree passes through the heart of Germany; if you’re looking for an adventurous day out amidst nature, head to the Spreewald. Located 100km south of Berlin, this picturesque forest is a UNESCO-listed biosphere, lined with hundreds of canals and cultural sights. It’s an excellent place to go hiking, cycling, camping, or on boat trips in shallow punt-like boats called Kahns. 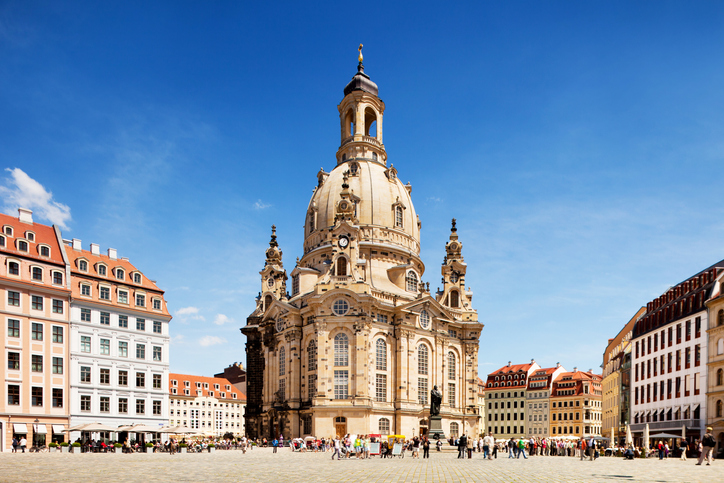 Just two hours south of  Berlin is the wonderful city of Dresden. The capital of Saxony, it lies along the Elbe River and is famous for its riverside palaces and churches built by various Saxon kings. The city was painstakingly restored after being nearly destroyed by bombs during World War II, followed by years of neglect behind the Iron Curtain. Today, popular sights include the Dresden Royal Palace, the Frauenkirche, and the old market. 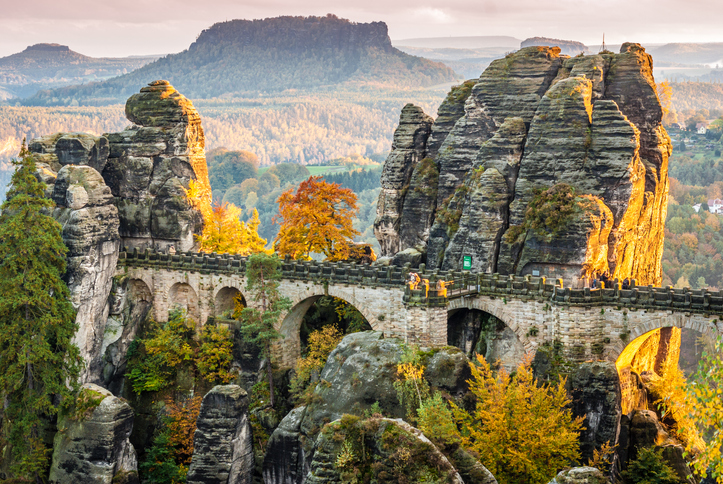 Also along the is the Saxon Switzerland National Park. Among its forests and rocky canyons, you will find the famous Bastei Bridge. Built among the limestone pillars, it almost looks like it is a part of the natural landscape and offers panoramic vistas of the Elbe Valley and the nearby the Konigstein Fortress. 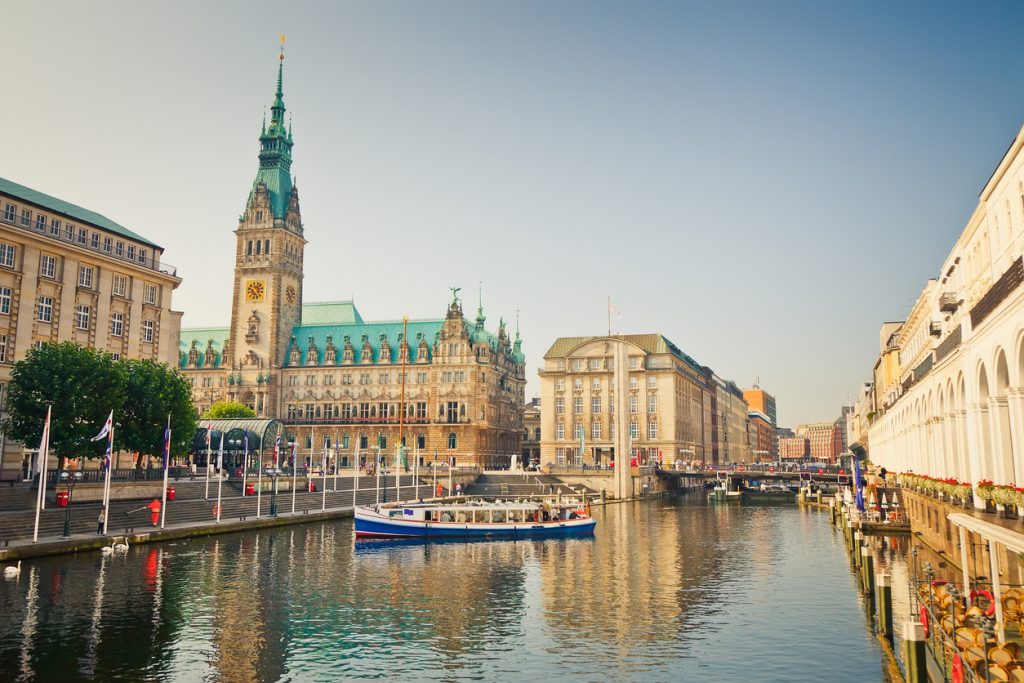 About two hours away from Berlin lies the port city of Hamburg. Situated further along the Elbe River it’s got a very different feel from Berlin, with its canals, flea markets, street festivals. Here you must visit the grand St. Michaelis Church, the old warehouse district (Speicherstadt), and the harbour promenade as well as Neuer Wall, one of Europe’s most luxurious shopping streets.

Also Read: 12 Of The Best Day Trips From Paris

So, have we missed any of your favourite day trips from Berlin? If so, be sure to share them in the comments below.