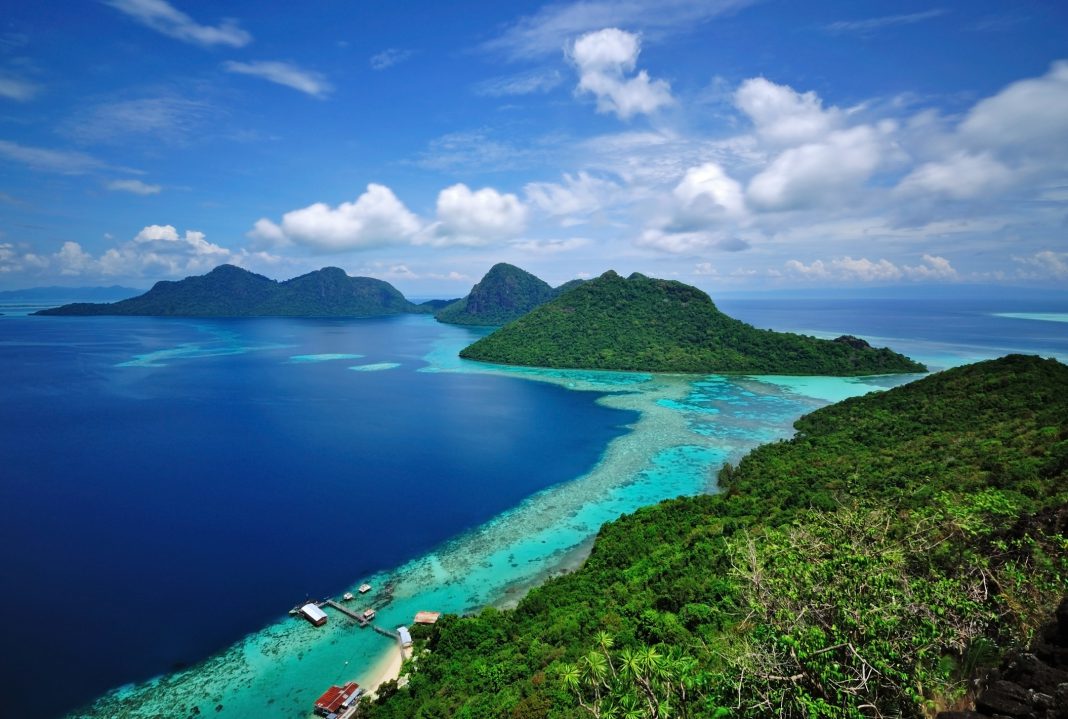 Malaysia is everything you’ve heard of and more. The pristine beaches are unparalleled in their beauty, and there are around 878 islands that you can visit. These are known for their tropical forests, clear waters, and delicious cuisine. Moreover, islands in Malaysia have colonial villages, heritage sites, and beautiful temples that you must visit. It is the perfect retreat that you’ve been dreaming of. You can witness glorious dawns and epic nightlife on Malaysian islands, and when you get tired you can relax at the peaceful paradise of isolated beaches.

Dive Into The Best Islands In Malaysia

Located on the border and close to Thailand, Langkawi is one of the most famous islands in Malaysia. Dip yourself in luxury and enjoy your time in its amazing resorts. The island is home to mangrove wetlands, tropical forests, beaches, and mountains. You can see more of the beauty of this island by enjoying a cable car ride that rises 2,320 feet above sea level and that is 2,200 metres long. The island also has an interesting legend attached to it. It is believed that a woman called Mahsuri cursed the island because she was given the death sentence for allegedly indulging in adultery. Two years later, the island was invaded by Thais and as a result many people died of starvation. The island’s fate was turned in1986 when Prime Minister Mahathir Mohamad decided to declare the island duty-free and made it a resort island. Langkawi is an archipelago with 99 islands, so you can go beach hopping. You can also hike to Gunung Raya, its highest peak.

One of the most distinctive islands in Malaysia, the Perhentian Islands is known for having one of the best backpacker trails. They lie on the northeast coast of Peninsular Malaysia, so it has many forests that make it ideal for trekking and hiking. So much so, that you can travel from one beach to another by hiking along the jungle trails or by a water taxi. A location that is famous for scuba diving and snorkelling, the islands have clear waters that make it easy to spot underwater life like reefs, sharks, and octopuses. You can also relax by a beach bar at night and check out fire breathing performers. It is also a good destination for budget travel with cheap accommodation and diving schools.

3. The Gem Of The Colonial Empire: Penang Island

The island was first discovered by Captain Francis Light in 1789 and was considered one of the most precious islands in the British Empire. They named it the Prince of Wales Island and also  called it the Pearl of the Orient. The islands are now modern and cosmopolitan, but the colonial roots are strong. George Town, the capital, is filled with colonial-style buildings, mansions, and temples. The city was also awarded a UNESCO Heritage Site status. Food from this island is also one of its most important attractions, with Macalister Road and Gurney Drive being the most visited food destinations. The beaches on the island offer snorkelling and sunbathing. If you wish to explore the biodiversity of the place, you can also visit Penang National Park.

Also read: Here’s What You Must See At The Food Museum In Penang

Tioman Island has regular visitors from neighbouring countries, and has a direct ferry from Singapore as it is located on the southeast coast of Peninsular Malaysia. This island is also duty-free. The aquatic life is one of the main attractions of the island. You can also participate in trekking through its jungles. Snorkelling and boat rides are popular activities too. The biodiversity here is preserved with giant monitor lizards roaming around the villages. Tioman island is shaped like a teardrop and was featured in the 1958 movie ‘South Pacific’. In 1970, ‘Time’ magazine deemed it one of the most beautiful islands in the world, and till date it remains as one of the most fascinating islands of Malaysia. Don’t take pictures of the wildlife or endangered animals if the area does not permit it. You are in the territory of animals and birds, so try to respect it as much as you can.

5. Dive Into The Depths: Sipadan Island

If you prefer water over land, Sipadan island is your ideal destination. It is one of the best diving spots among all the islands of Malaysia as well as the world. The island went through a long battle in the International Court of Justice between Malaysia and Indonesia. It was declared that Sipadan island belonged to Malaysia in 2002. Since the island has varied marine life and a fragile ecosystem, the Malaysian government in 2004 banned night dives, instructed dive resorts to move out of the island, and allowed only 120 dives per day. The aquatic life started thriving as a result of this move and there are hundreds of coral species, about 3,000 species of fish, and a high number of hawksbill turtles, rays, and sharks. When you take a dive here, be sure to not touch marine life.

If you are travelling on a budget, Redang is not your destination. It’s close to the Perhentian Islands, but not at all similar. The Redang archipelago has nine islands and the place is visited for snorkelling and diving. With white sand and transparent waters, it is home to luxurious resorts and has its own airport with Berjaya Air flights. The tourism industry got a boost in 2000 after Redang starred in a Hong Kong movie called ‘Summer Holiday’.

Another divers’ paradise, Layang Layang is situated 300 kms off the coast of Sabah. The island has a navy base and airspace. Since it is home to the Malaysian Navy, the underwater life has not been exploited and become a victim of dynamic finishing. The island is famous for spotting hammerhead sharks, dolphins, manta rays, and barracuda.

8. Exotic Views Only For You: Pangkor Island

Pangkor is situated near Perak’s coast and is quite secluded. Away from the rush and crowd, Pangkor has peaceful and unoccupied beaches that you can enjoy. The island is famous among Malaysian locals, who want to escape the city and visit the beach. One of the smaller islands of Malaysia, this island is stretched over 8 kms and the locals are very friendly. You can also go bird watching and feed the hornbills at Sunset View Chalet. Further, visit the Dutch colonial fort and enjoy the local cuisine.

Situated 16 kms off the east coast of the Peninsula Malaysia, Rawa Island is owned by the family of the Sultanate of Johor. The island has picturesque scenery and white sand beaches. It is one of the islands that is not crowded, and offers more secluded spots. There are only two resorts on the island, so you will need to book your tickets at least three months in advance. You can also hike up steps to the top of the island, but do so  with caution as they are steep. You can also rent a canoe and explore the coast of Johor that has other islands of Malaysia.

10. Jungles That Are Out Of A Painting: Kapas Island

Known most for its jungle trekking, Kapas Island is located off the coast of Terengganu State. The island is called Pulau Kapas which means cotton island in Malay, because of its white-sand beaches. Since the island is not very famous, it has vacant beaches. The beaches are surrounded by lush green trees and crystal blue waters. There are only a few resorts and guesthouses, so plan accordingly. When you interact with wildlife, make sure to not feed them, because it can cause problems like aggressive behaviour, as well as malnutrition from eating food with low nutritional value.

Explore To The Full Limit

Islands in Malaysia are a dream for nature lovers, especially those who love exploring the underwater world. With a hint of the colonial past in some islands, metropolitan cities in others,  and loads of isolated spots to choose from, islands in Malaysia cater to different types of tourists. Malaysians are also excited about their food, so make sure to try some. Like most Asian countries, their dishes revolve around rice but they have distinctive flavours with street food dishes like rojak, hokkien mee, nasi lemak and more. The diving spots of these islands in Malaysia are famous around the world. So when you go diving or take a boat ride, try to choose a company that adheres to marine conservation and follows international regulations regarding so. As with all places around the world, including your own city, do not litter, especially on beaches—carry your own trash bag that you can throw away later in a dustbin. Be sure to try food from local vendors and street stalls, to support local economy and development. Walking or trekking from one beach to another is a good way to enjoy nature and be responsible. 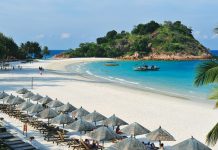