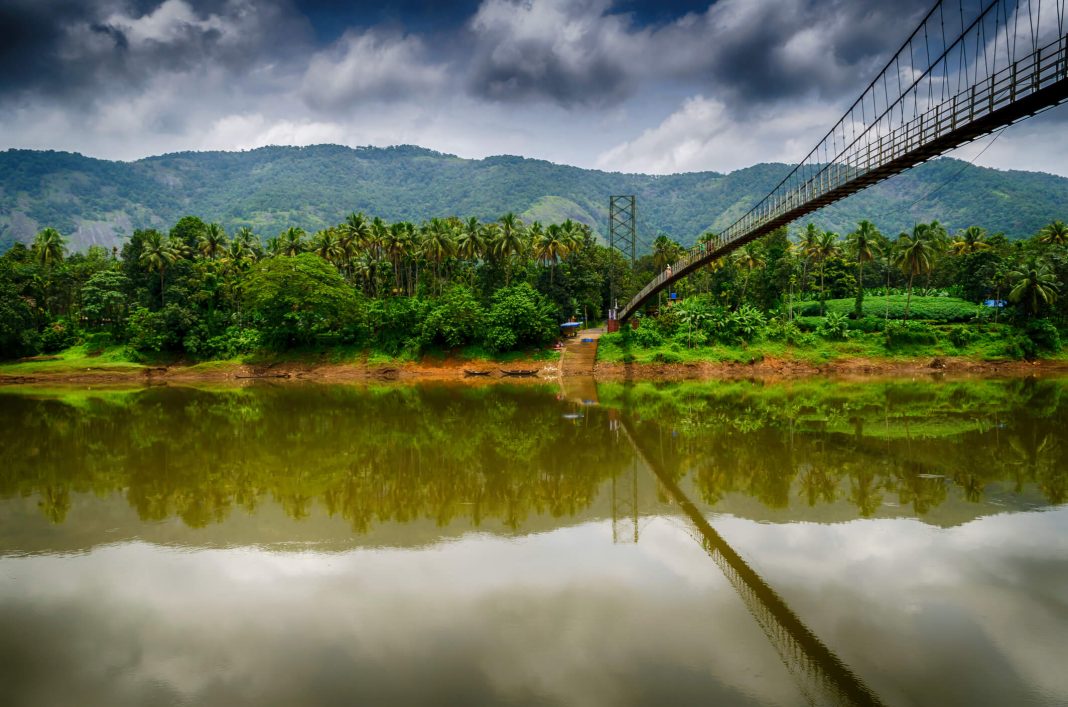 Kerala is blessed with dense forests, gushing rivers and waterfalls, varied vegetation, and animals. The beautiful landscapes of Kerala make sure that the journey is as beautiful as the destination. It is an ideal location if you love nature and exploring different eco-systems. Since the state is situated on the Western Ghats, it’s home to many reserve forests, national parks, wildlife, and bird sanctuaries. The national parks in Kerala offer a different experience with lush forests and protected animals.

Situated in the Kundali Hills of Palakkad, the Silent Valley National Park is surrounded by mountain ranges like Anginda and Sispara and gushing rivers like the Kunthipuzha. The national park also shelters one of the few tropical evergreen forests in the world and the diverse flora and fauna that come with it. Animals like the tiger, panther, elephant, sambar, and more reside in the national park. Furthermore, 41 mammals, 211 birds, 49 reptiles, 47 amphibians, 12 fishes, 164 butterflies and 400 species of moths also live in the national park. The national park’s most famous species is the lion-tailed macaque. The Silent Valley was declared a national park in 1984 and is home to tribal groups such as Irulas, Kurumbas, Mudugas, and Kattunaikkars. The Silent Valley also has a legend attached to it that the Pandavas from the ‘Mahabharat’ spent their secret exile in these forests. The national park is also called Sairandhri, which was another name for Draupadi.

The national park has also set up eco-development committees that look after the welfare of the tribal communities. Also, the park conducts monthly nature camps, mainly for youngsters, to increase awareness about conservation. These camps are conducted in Mukkali.

Also Read: An exciting travel guide of places to visit in Kerala

The Forest Department, Kerala has recently initiated a grassland restoration project in the national park. It started when the national park suffered due to forest fires and the department planted grass as a part of the eco-restoration process. This project will be carried over 50 hectares. This helps expand the forest so that the wildlife will have enough sources of food and water. Around 100 local families and officials are part of the eco-development committee to make this project a success. Furthermore, they are also paid wages for their contribution.

3. Lush Forest And Opportunities For All: Eravikulam National Park

It is one of the national parks in Kerala that gives job opportunities for communities that are dependent on the project. Right from the start, the national park recruited people from the Lakkomkudy, Parappayarkudy, Parakudy, Nooradikudy Muthuvan tribal settlements. The people from these communities have been working for the park as vendors, drivers, and more. Eco-development committees were formed leading to the employment of the tribals, using their help for conservative projects. The Forest Department, Kerala, also conducts nature camps that are free of cost for the younger generation at the national park.

One of the national parks in Kerala that got its status as recently as 2008, the Mathikettan Shola National Park is also surrounded by the Shola Reserve Forests. The national park is spread over 12.82 square kilom. Tributaries of the Panniyar river have emerged from the hills in the national park namely Uchillkuthi Puzha, Mathikettan Puzha, and Njandar. The terrain of the national park fluctuates in height, due to the presence of hills, evergreen forests, grasslands and semi-evergreens. This makes trekking in this national park a challenging experience. According to the locals, the name of the national park means ‘mind confusing’, where the thick forests confuse travellers. The vegetation also includes a high density of medicinal herbs. Animals like wild boar, langur, jungle cat are common here. The national park also has a crocodile park, jeep safari, and a deer park. The Forest Department, Kerala officially gives permissions for a trek. They also recommend  taking a guide. These guides are from the local tribal communities who know the place well.

Spread over 11.75 square kilometres, Pampadum Shola National Park is the smallest national park in Kerala. The area was designated a national park in India in 2003. Its name translates to ‘where the snake dances’, which indicates the rich biodiversity in the area. The park is part of the Allinagaram Reserve Forest, and is home to wild dogs, deer, elephants, around 93 species of moths, and 10 species of butterflies, among other animals, birds and insects.

Around 39 hectares of the Pampadum Shola National Park are being used by the Munnar Wildlife Sanctuary for the regeneration of wild grass. This land was affected due to forest fires and now causes food security issues for herbivores in the area. The initiative was organised with the help of Kerala Forest Research Institute, Peechi.

One of the most famous national parks in Kerala, the Periyar National Park is made up of 780 square kilometres of dense hilly forest, with 305 square kilometres of park-owned land. Located in the Idukki district, the national park is situated in Thekkady. The Periyar Tiger Reserve is known for the conservation of the Bengal tiger. Additionally, you can find Indian elephants, Nilgiri langurs, and Nilgiri tahrs. The Malabar grey hornbill and blue-winged parakeet are the most commonly spotted birds in Periyar National Park. With popularity comes people, so make sure to not to visit the national park on weekends if you dislike crowds.

You can see the entire park through boat safaris too. The Forest Department Ecotourism Centre organises nature walks, tiger trails, bamboo rafting, tribal art performances, and more. Even though the national park does not close during monsoons, the activities vary depending on the season. The national park also has jeep safaris that go through the Gavi village. The village is a pristine location that offers trekking and canoeing options. Periyar National park also has an Elephant Junction where you can feed elephants. You can also stay within the national park.

The Periyar Tiger Reserve is where six tribal communities reside. They are the Mannans, Paliyans, Malayarayans, Mala Pandarams, Uralis, and Ulladans. The Forest Department Ecotourism Centre organises tribal dances and performances so that the audience gets to know about their tribal culture and lifestyle. Before the performances begin, the audience is given details regarding their dance forms, costumes, and musical instruments.

National parks are leading by example. They are creating sustainable environments around their premises. So when you visit them make sure to not endanger the eco-friendly environment. Different national parks in Kerala offer different activities so be sure to strictly follow the rules and have a good experience.

Also Read: Wonderful Kerala cuisine to try when you visit