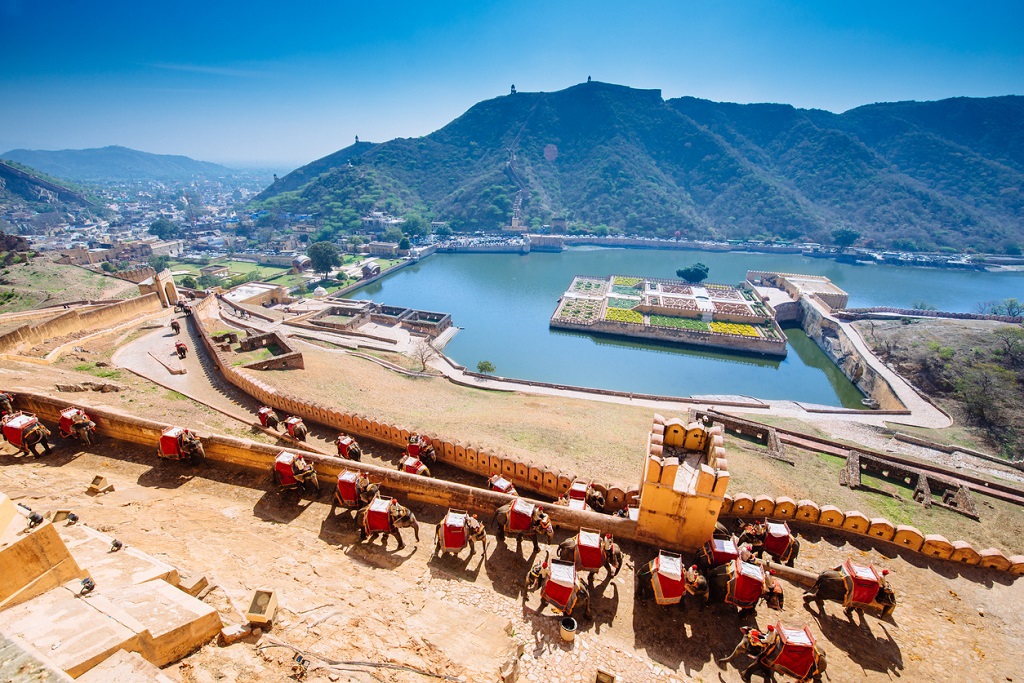 Jaipur is the capital of the Indian state of Rajasthan and is known for its amazing pink-coloured sandstone buildings. Popularly called the “Pink City” it is part of the famous Golden Triangle of India, along with Agra and Delhi. There are lots of amazing places to visit in Jaipur, including palaces, forts, and other amazing remnants of the city’s royal heritage.

When is the Best Time to Visit Jaipur 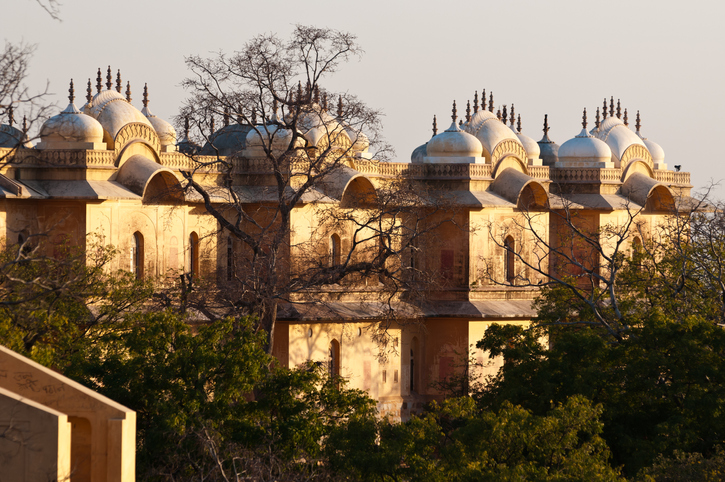 Jaipur is situated in an arid, semi-desert region, and thus summers here (March to June) can get extremely hot and dry, and temperatures can reach over 45°C. However, it is also the season when the city celebrates numerous festivals. Both the Elephant Festival and Holi are held in March.

Monsoons last from July to September, and see cooler temperatures (between 27 to 34°C) and not much rain, making it an excellent time to visit. However, the best time to see Jaipur is during the winter months (October to February) when the weather is pleasant and the evenings cool. However this is also the peak tourist season and sees the most number of visitors, so be prepared for large crowds.

Also Read: A Travel Guide Of Amazing Places To See In Rajasthan

The Best Places to Visit in Jaipur 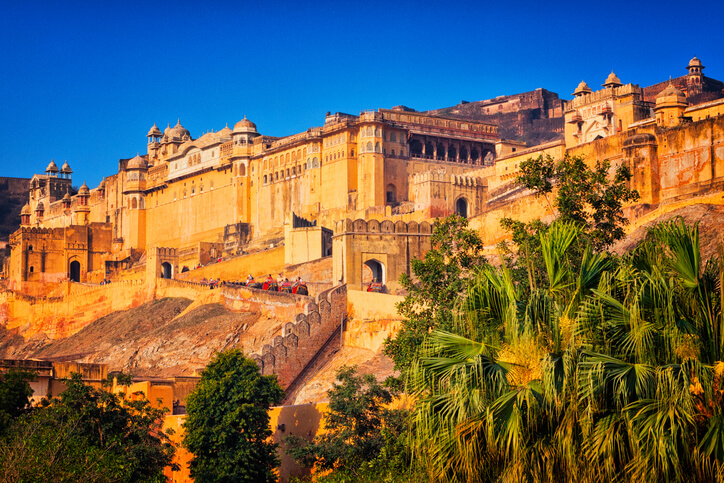 Located just outside Jaipur, the Amber Fort is one of the most iconic monuments in Rajasthan. Built overlooking Maota Lake, it was the home of the state’s Rajput rulers until the city of Jaipur city was constructed. The fort is home to many breathtaking palaces, halls, gardens, and temples. Don’t miss the stunning Sheesh Mahal (‘Hall of Mirrors’) or the exciting elephant ride up the ramparts. 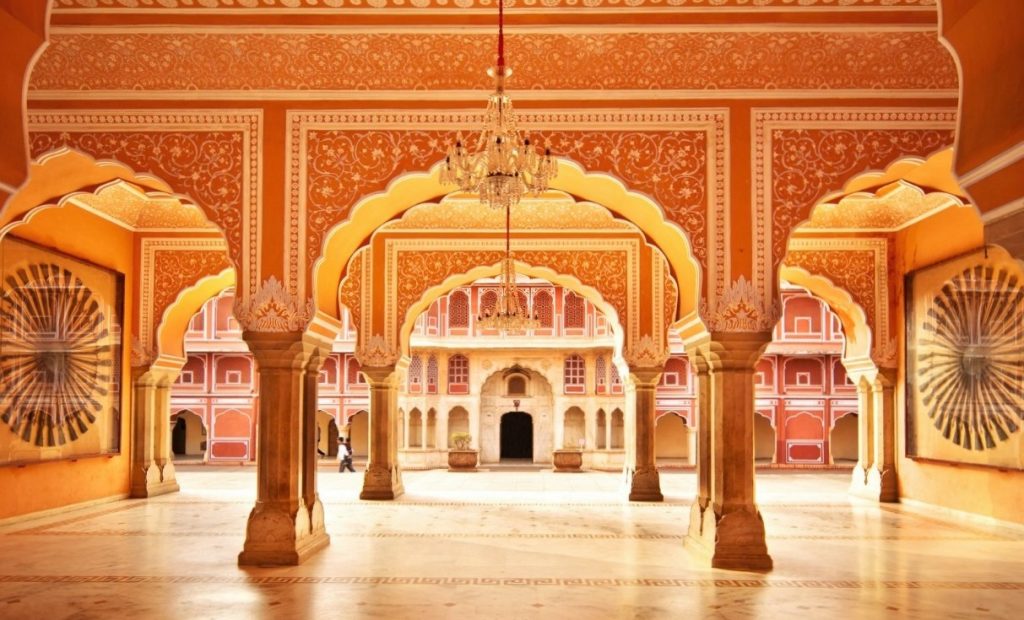 At the very heart of the old city of Jaipur lies the magnificent City Palace. This sprawling complex of courtyards and gardens features a mix of Rajasthani and Mughal styles and was built by the Rajput king Maharaja Sawai Jai Singh. Don’t miss the Mubarak Mahal, the Armoury, Chandra Mahal, and the Diwan-i-Am, as well as the museums and galleries. 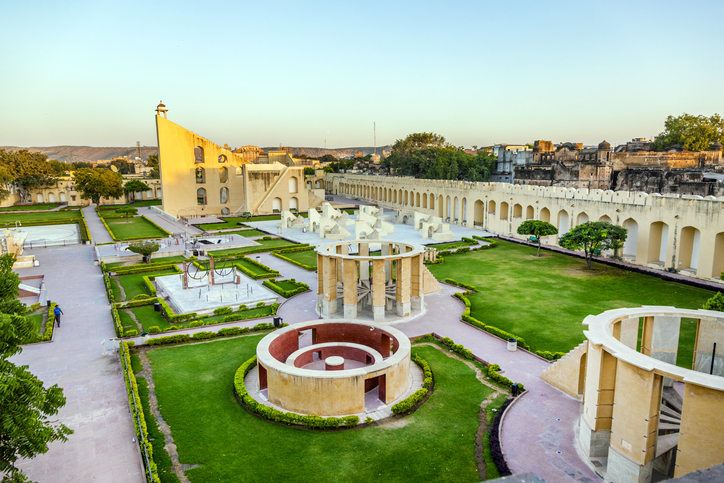 Next to the City Palace is the Jantar Mantar, an astronomical observatory built by Jai Singh in 1728. Its 14 structures measure time, predict eclipses, and track stars. It is also a UNESCO World Heritage Site. Don’t miss the massive 90 foot Samrat Yantra sundial and the beautifully manicured gardens. 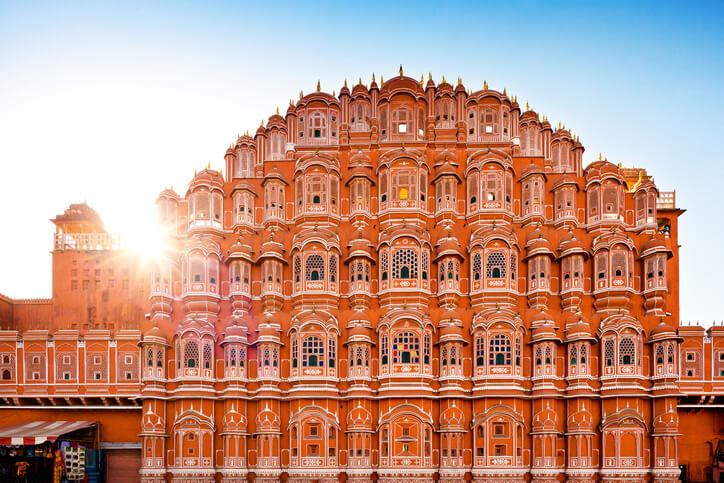 Also opposite the City Palace is the iconic Hawa Mahal (or ‘Palace of the Winds’). Built of pink sandstone, it has hundreds of small windows (jharokhas) and screens that are said to have been built so that the women of the royal household could watch the streets below without being observed. Check out the panoramic views from the top, and the bustling bazaar nearby. 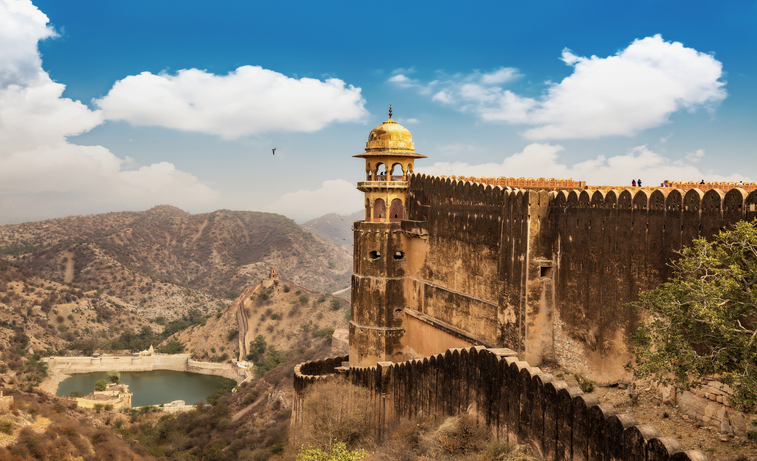 Built by Sawan Jai Singh II in 1726, the massive Jaigarh Fort was meant to protect the royal palace and fort of Amer. It has towering gateways and watchtowers, huge cannons, and a maze of underground passages. Though it doesn’t have the delicate interiors of Amber Fort, this fortress is one of the best-preserved military structures of medieval India. 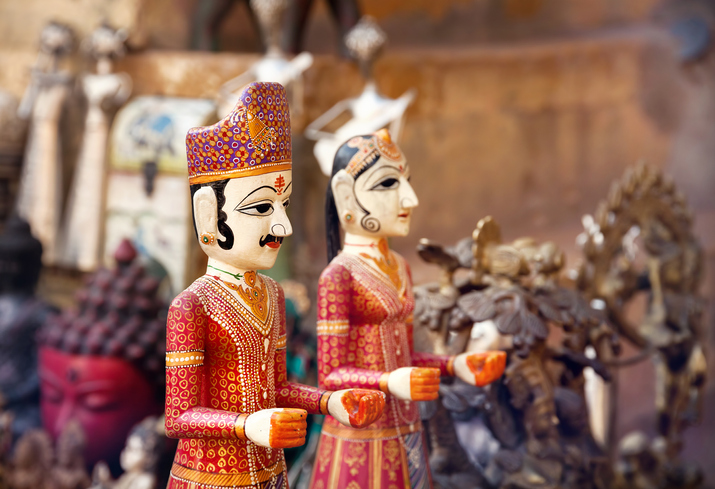 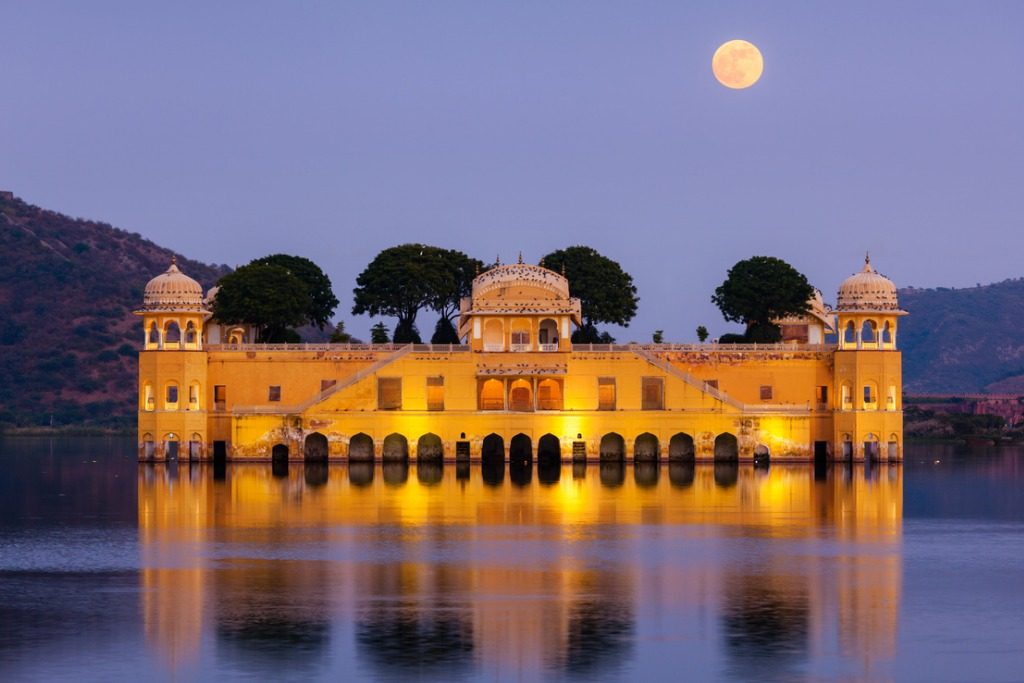 Located in the middle of Man Sagar Lake, the beautiful Jal Mahal has recently undergone significant restoration. The stunning palace is lit up each night, though visitors are unfortunately not allowed inside at present. However, another stunning Rajput palace you can visit is the Rambagh Palace. Once the principal residence of Maharaja Sawai Man Singh II, it is now a luxury hotel, though visitors can explore it during the day. 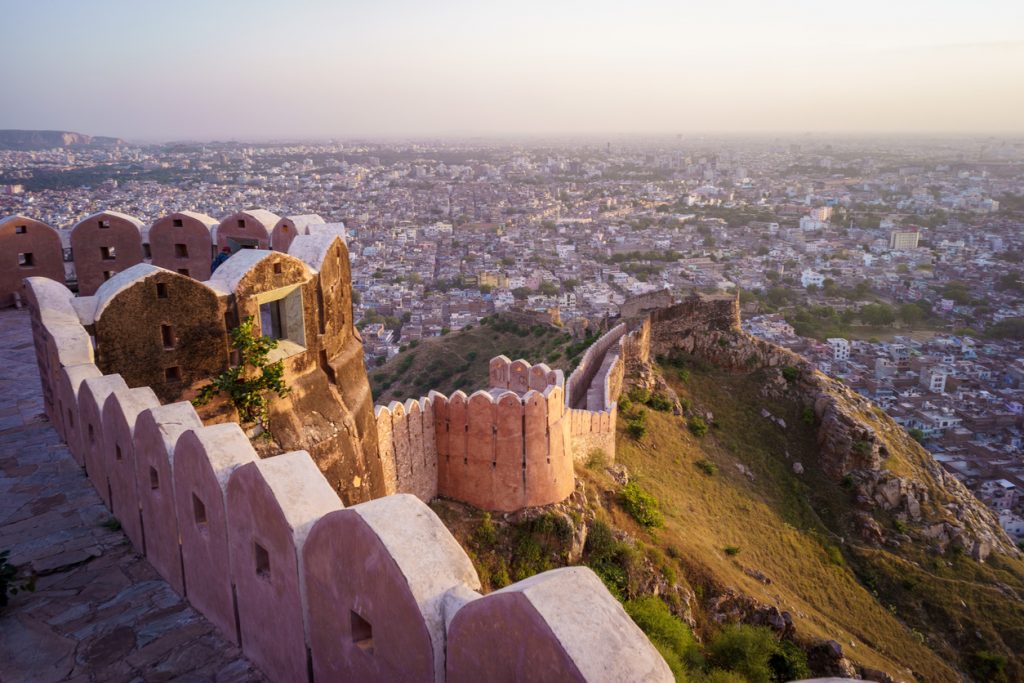 The Nahargarh Fort is perched atop the Aravalli Hills overlooking the city. It was built in 1734 by Maharaja Sawai Jai Singh II to defend Jaipur, and is also called the “Tiger Fort”. The fort offers spectacular views of the city, especially at sunset, and also has a wax museum, a sculpture park, and a cafe. 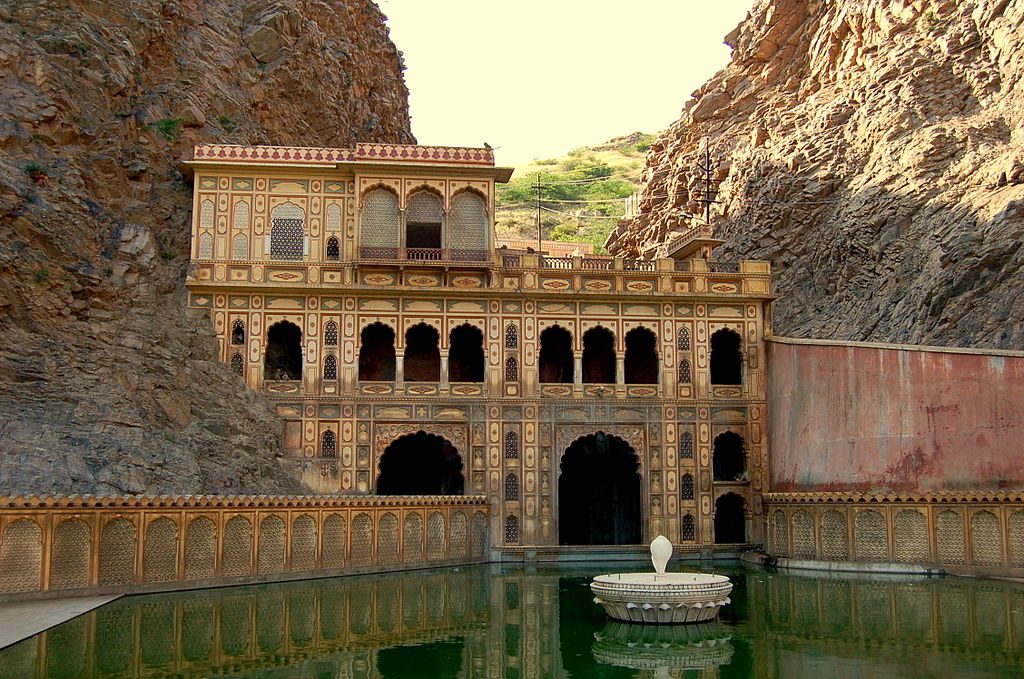 Nestled between granite cliffs, the Galtaji Temple (better known as the Monkey Temple) was once part of a large complex. It is famous for its pools of water, and the many monkeys who congregate there. While they are generally friendly the area is unfortunately not well maintained. Beware of priests and pseudo holy men asking visitors for money. 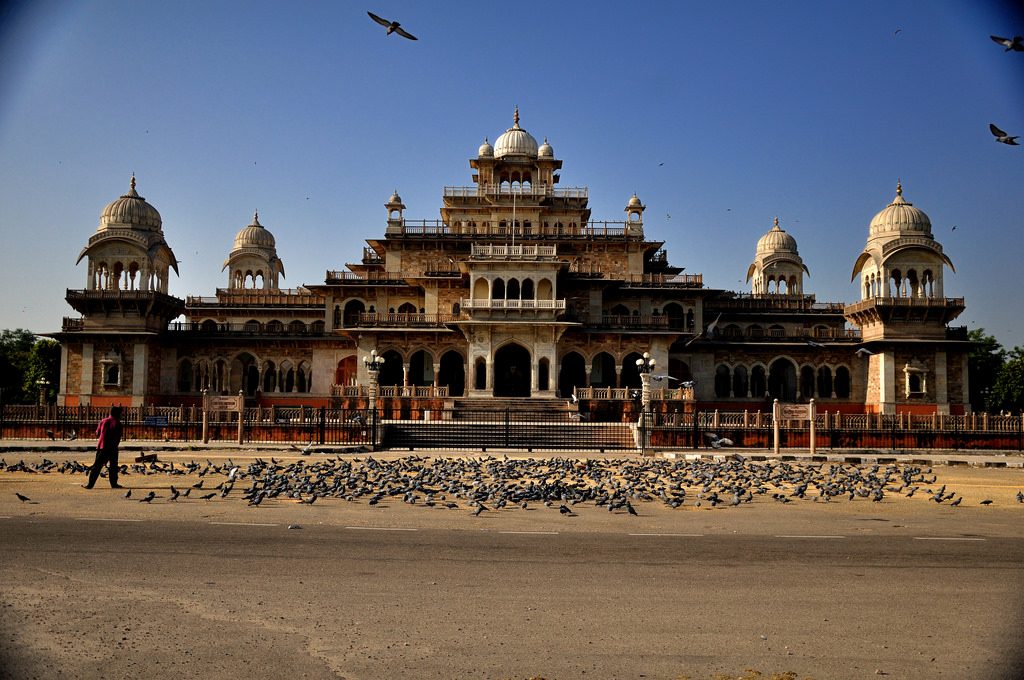 Jaipur’s Government Central Museum (better known as Albert Hall) was inspired by the Victoria and Albert Museum in London. The museum opened in 1887 and has a large collection of portraits, costumes, artefacts, handicrafts and paintings related to the past of the city and its royal families. Keep in mind that photography isn’t allowed here. 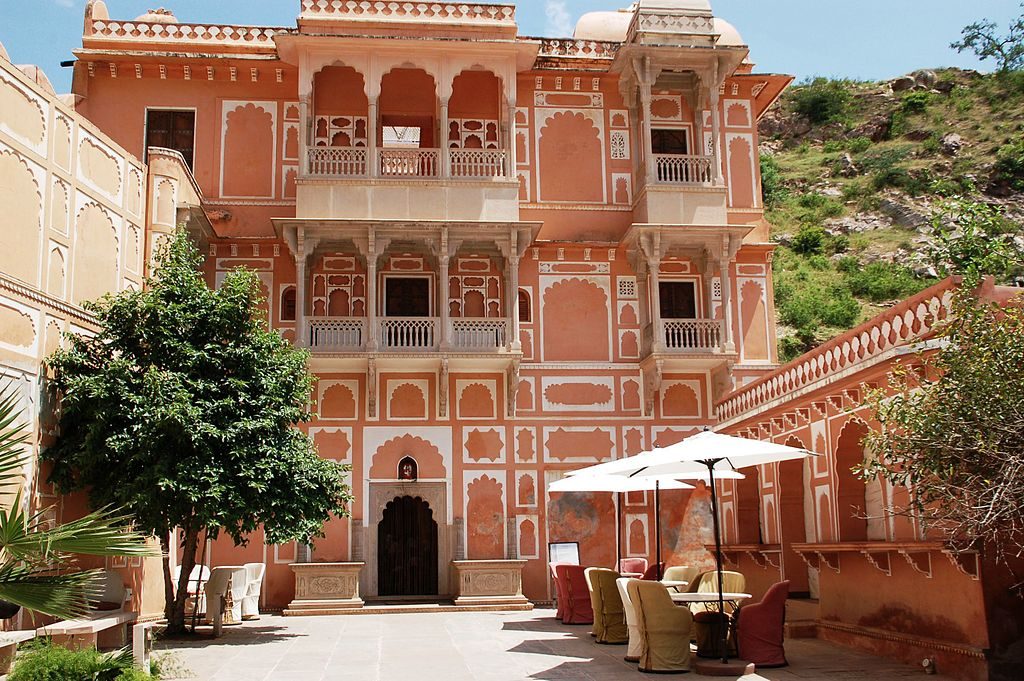 There are also many other amazing museums you can visit in Jaipur. Check out the Anokhi Museum of Handblock Printing which is located in a restored haveli hidden in the by-lanes near Amber Fort, and explores the traditional art of block printing. The Museum of Legacies is also housed in a heritage building and has collections of textiles, jewellery, stoneware and paintings related to the cultural heritage of Rajasthan. Don’t miss the Amrapali Museum which has one of the largest collections of jewellery and jewelled objects. 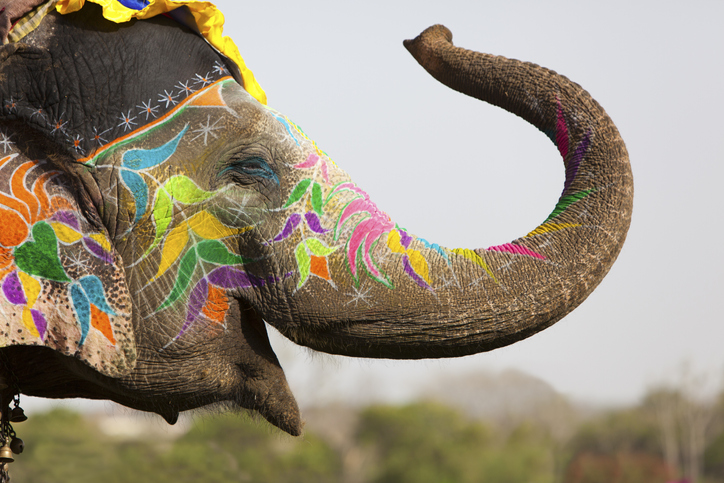 This garden just outside the city was built in1728 by Maharaja Sawai Jai Singh for his queen, who hailed from the Sisodia dynasty. The formal multi-level gardens feature numerous pavilions and fountains and were once a favourite getaway of the queens of Jaipur. The garden also has beautiful murals depicting the life of the Hindu deity Krishna.

Are there any places to visit in Jaipur that we’ve missed? If so, be sure to share them in the comments below.

Also Read: Mouth-Watering Dishes From Rajasthan You Have To Try