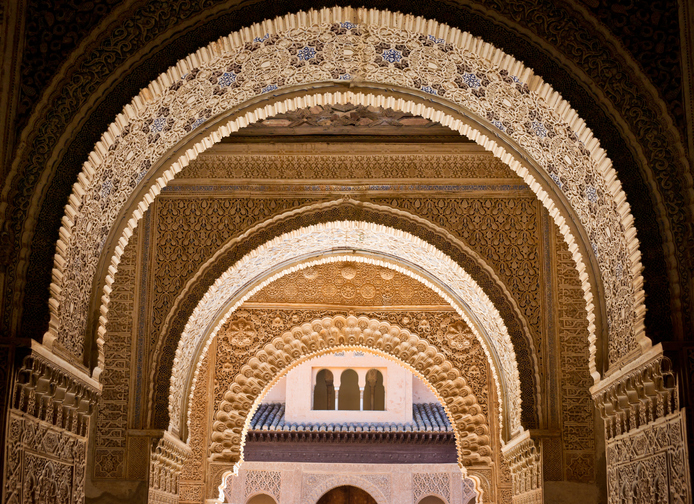 Spain is not called the ‘land of passion’ for nothing. Here you don’t have to choose between the beaches and the mountains or culture or nightlife because the country gives you all of it. Right from the exquisite architecture of La Pedrera to intricate paintings at the LÃ zaro Galdiano Museum, Spain has wonders that go beyond your imagination. The famous Spanish cuisine has worldwide recognition. Paella, gazpacho, tortilla Española and various kinds of tapas are just a few of the dishes that you must try. The delicacies look like a burst of colours and flavours. Different places to visit in Spain offer different surprises and relaxing options.

Top Places To Visit In Spain

The capital of Spain is known for its nights that make you feel alive. The nightlife in Spain is believed to be one of the best in the world. The city is also very inclusive and progressive towards the LGBTQIA+ community. But that is not all. What makes it one of the best places to visit in Spain is the rich culture and history that Madrid provides. In the city centre is the Royal Palace, one of the most popular tourist places in Spain. The city is the holy grail for museums with the National Archaeological Museum, LÃ zaro Galdiano Museum, Reina SofÃ­a Museum, and the Prado Museum. These museums have artefacts and artworks by world famous painters like Pablo Picasso, LÃ zaro, Francisco de Goya, and more. You must also visit the Puerta del Sol where many events, festivals, and performances take place. Football fans mustn’t miss the Santiago Bernabéu Stadium. La Latina is a happening neighbourhood with thriving cafes, restaurants, bars and nightclubs. If you want to just relax you can visit the beautiful Retiro Park.

2. Cultural Hotspot By Day And Nightclub By Night: Barcelona

Barcelona is a truly European city with a mix of old architecture and a metropolitan lifestyle. The city is located on the northeastern side near the coast of the Catalonia region. This city is also filled with culture with museums, festivals, theatres, flamenco performances, and more. Fans of architecture must stop and look around the Ciutat Vella and marvel at the beauty around them. This is the Old City, and you will be awestruck by the Gothic quarter. The Conjunt Monumental de la Plaça del Rei and the Cathedral in the Plaça Nova are among the best places to visit in Spain that reflect its medieval past. There are also architectural spectacles like Casa Batllo and Sagrada Familia, designed by the popular 19th-century architect Antoni Gaudi. For all shopaholics, Boqueria Market is paradise. The nightlife scene in Barcelona is also buzzing with international DJs playing great electronic music. The city is an ideal destination for people who love jazz and Latin rhythms too.

3. Stargaze From A Volcano: The Balearic Islands And The Canary Islands

If you want to spend your vacation in the water, then you must visit these stunning islands. Located off the southern coast of Morocco, the Canary Islands are home to many beautiful beaches, hills, and volcanoes. The islands have mild weather and the best climate, that make them ideal locations for relaxed vacations. You can visit archaeological sites, water and amusement parks where you can look at dolphins swimming. These islands are one of the best places to visit in Spain because of the astronomical observatories here. Stargaze from the biggest observatory in Europe, Roque de los Muchachos Observatory. The Balearic Islands make up the other half of the Spanish Islands with world famous party destinations like Ibiza, Menorca, Formentera, and Mallorca. Ibiza is also a prominent location for yoga retreats.

4. All About God And Gypsies: Granada

Granada depicts Andalusian history with its architectural marvels. The city is located at the foot of the Sierra Nevada mountains, with beautiful castles and culture. People from all over the world visit the city because of its two neighbourhoods, Sacromonte and Albaicin. The latter is the Arabic Quarter with a 100-year-old spice market. The vendors sell foreign spices and teas along with enchanting and beautiful tapestries against the backdrop of Moorish architecture. Sacromonte has a magnificent monument called the Abbey that has chapels like the Baroque Church. The neighbourhood also has caves where gypsies lived once. These caves are also where flamenco dance and music grew and you can still catch a live show here. Another major tourist attraction in Spain is the Alhambra, a Moorish castle that has fascinating Islamic architecture and art.

Read More: The Alhambra Palace: Visit The Last Remnant Of The Islamic Golden Age In Spain

5. The Yesterday And Tomorrow: Valencia

Another amalgamation of the new and old, Valencia has ancient churches and monasteries but a part of the city has been renovated and is famous for its modern Valencia City of Arts and Sciences complex. In this architectural beauty, there is an aquarium, an IMAX theatre, opera houses, museums, and a planetarium. The city is also home to the Silk Exchange Market, an ancient site where silk trade once took place. The city also hosts the Fallas Festival in March every year. The different neighbourhoods make and display papier-mache figures which are later burned while the people party away the night. Valencia is also famous as the home of paella so make sure you try some.

6. Flamenco Dance Your Heart Out: Seville

One of the best places to visit in Spain, Seville takes tourists by storm with its nightlife and festivals. The city is the capital of Andalusia and has landmarks of historical significance like the Real Alcázar, a Moorish palace that reflects Mudéjar architecture, and the Cathedral of Seville. Both are connected to Christopher Columbus. Columbus’ quest to find the New World was planned in the former. The latter is believed to be where Columbus is buried. The city is high spirited with lively nightlife. Furthermore, flamenco dance flourishes in Seville. The April fair, hosted in Seville, is one of the events that is looked forward to, with drinking, eating, pulling all-nighters, flamenco dances, and costumes marking the celebrations.

Read More: 11 wonderful places in Seville that will make you want to visit ASAP

7. By The Bay: San Sebastian

Home to some of the best beaches in Europe, San Sebastian also has two mighty hills. All food enthusiasts must visit San Sebastian. It’s known for the pintxo, a delicious snack made with bread topped with vegetables and meat held together with a toothpick, that accompanies beer. Many bars in the city adopt the buffet system and display their scrumptious pintxos for the public. San Sebastian is located on the Basque Country coast in northern Spain. It is also the capital of the Gipuzkoa province. The city has famous beaches like Playa de la Zurriola, a prominent area for surfing, and Conca beach or Playa de la Concha, a beach that is shaped like a shell and famous for swimming, kayaking and water skiing.

A pivotal city if you want to know more about Moorish rule in the Middle Ages, Cordoba is a treasure trove of culture and history. The city’s old town is a UNESCO World Heritage Site and the most visited tourist spot is the Mezquita or the Grand Mosque of Cordoba. The building was built as a mosque but later converted into a cathedral. The architecture has Islamic influences with beautifully illuminated red and white stripes. Other historical tourist attractions include Cordoba’s Roman Bridge, Fortress of the Christian Monarchs, Jewish Quarter, and the Street of Flowers. You will not be bored with the markets at the Plaza de las Tendillas.

A Slice Of Everything And Heaven

The country will spoil you for history, architecture, culture and food because there is no other place like this. From its cobble-stoned pavements to wide cement roads, the journey will take you to memorable places. Places to visit in Spain are captivating and will push you to explore more. The castles push you into the Middle Ages, food that makes you forget home, and colourful nights extend on forever.