Shridhar is probably one of the most well-travelled people I have met – he has travelled to more than 107 countries across all 7 continents. He is a backpacker for life and has been inspiring many travellers through his journeys.

Out of all the countries he has visited, Brazil holds a special place in his heart. It’s a place that keeps calling him back. Shridhar has been there three times. Here are some highlights of my conversation with him that are sure to provide some Brazil travel inspiration.

Brazil has always been a “travel Mecca” for me. It was the country which made me comfortable with myself and backpacking way back in 2006. Back then, Brazil was a dangerous country and I felt like a rookie foolhardy cowboy (it was country #33 for me). Remember this was a world with limited internet and a pre-Facebook era. 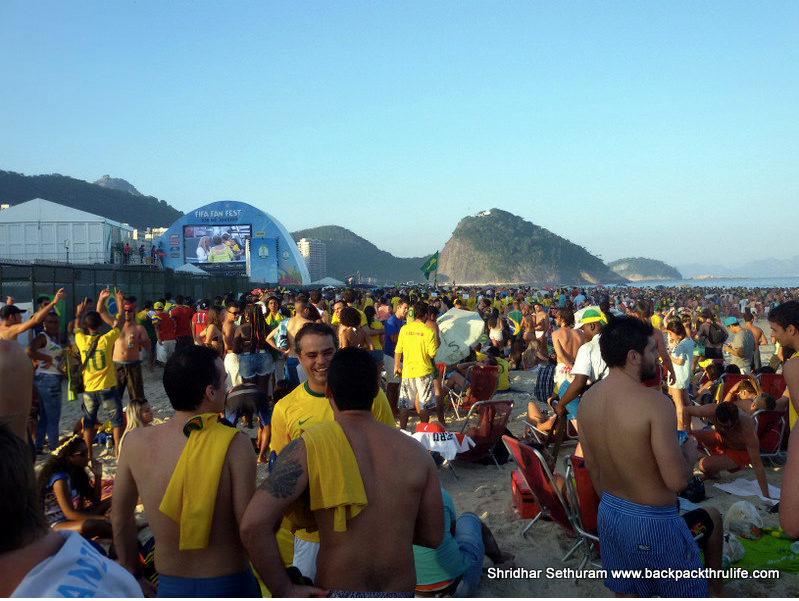 Lots of things went wrong on that trip – I lost my bags after a 40-hour flight, broke my foot, nearly got mugged, and discovered that there are places where people don’t speak a word of English. On that trip, I covered the coast of Brazil by bus and visited multiple cities.

I returned to Brazil in 2014 primarily for the World Cup, a different person. Finally on my second visit to Rio, I ticked off the touristy things. I can’t believe I spent nine days in Rio in 2006 just getting absorbed in and mesmerized by the streets. Of course, seeing two World Cup matches in the stadium and enjoying the matches from the FIFA carnival on Copacabana was an unforgettable experience.

I feel a real soul connection in Brazil. Probably because India and Brazil are so similar in so many ways – economic, social and cultural. You just need to add some more dialects, more cuisine, more religions AND take away the guns from Brazil, and you have India. Brazil is socially very diverse and it’s one of the few countries like India where they speak lots and lots of languages. Their food is also very similar to ours – they use a lot of spices, lentils, and rice. They also have very similar dishes to pilaf, rajma, and tandoori chicken.

Similar but a little opposite to India, people become more polite and less aggressive as one travels from south to the north of Brazil. They even have an Emmy winning TV show Caminho das Índias (India – A Love Story) which has Indian characters and storyline!

To me Brazilian people are like Indians; they face many troubles of a developing nation but they are always laughing and smiling, they are loud and getting aggressive by the day. Brazilians have the same “chalta hai” attitude like Indians and are equal experts of the Indian way of survival “jugaad”. They even have the term for jugaad- Jeitinho.

The similarities don’t seem to end. They won two titles of Miss Universe, and then we did; the flavellas of Sao Paulo and Rio are almost like the slums of Mumbai where the rich and the poor co-exist (although their conditions are much better), our economies seem to be trailing each other and so on… 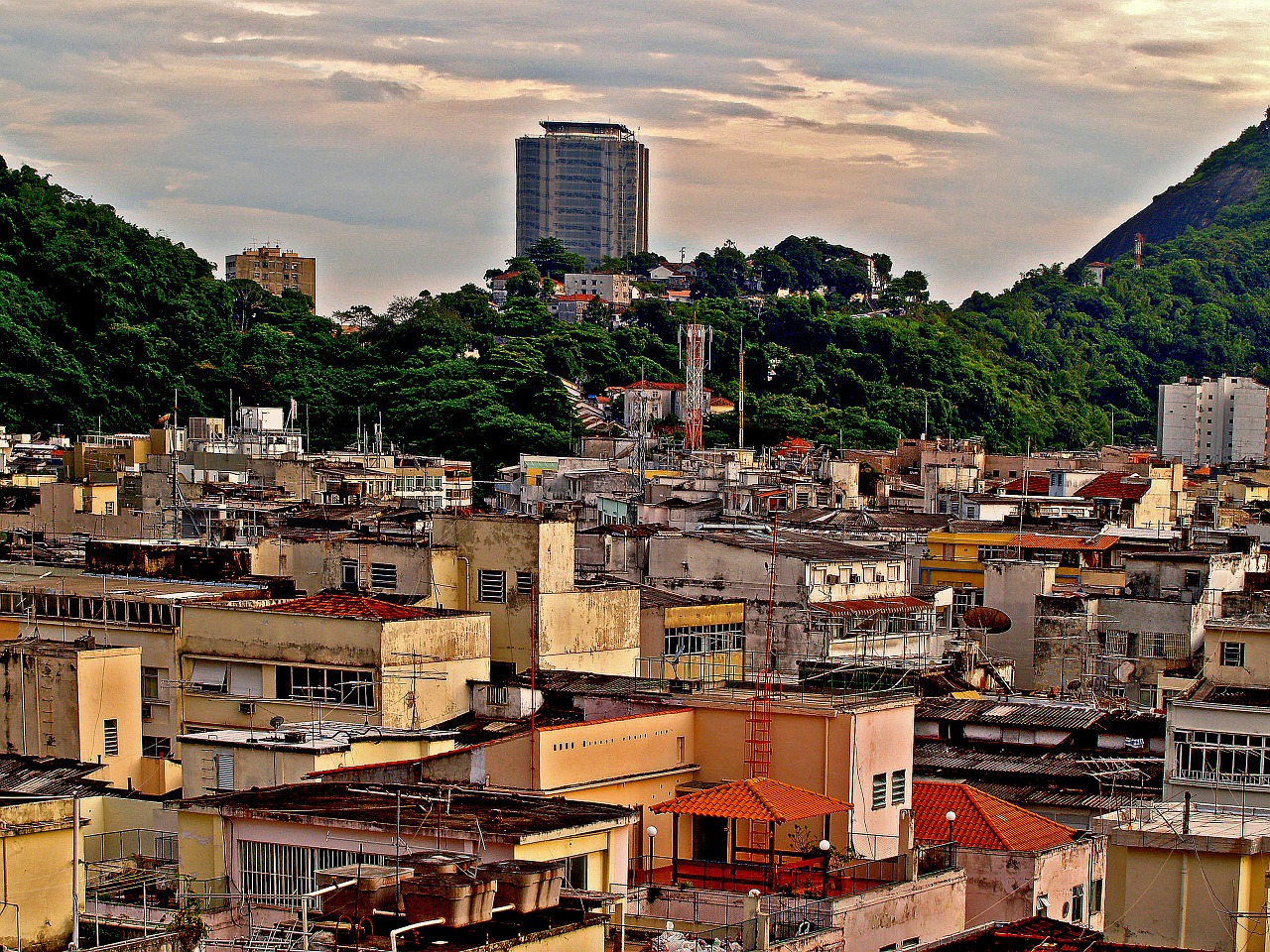 Comparatively few Indians have visited Brazil, and because of what we have seen in movies and television, we may have some perceptions about Brazil. First things first  Brazil is three times the geographic size of India but 1/3rd the population. However, the size of the economy is almost the same. People in Brazil are often extremely traditional unlike popular perception of being very open – they are quite religious and are extremely family oriented.

It is one country where till date, you will find very few English speaking people – this was actually a shock to me the first time I was there and I was completely lost. And no, not all Brazilians dance well and its not always carnival time there – most people are hard-working people, trying to make a living and fighting similar issues of corruption, and economic ups and downs.

Some things to keep in mind 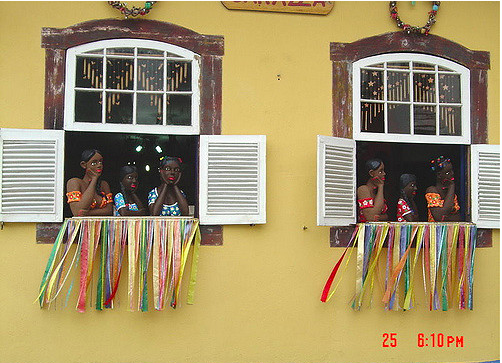 Brazil has its issues with guns and safety – even now, locals do not go out after dark. It is also important to brush up on simple phrases in Portuguese and most importantly the number system so that you can bargain and shop. Like some Indians who have a soft corner for Brazil, many locals have a genuine fondness for Indians – so its great fun to converse with them and exchange notes.

Some fun things about Brazil 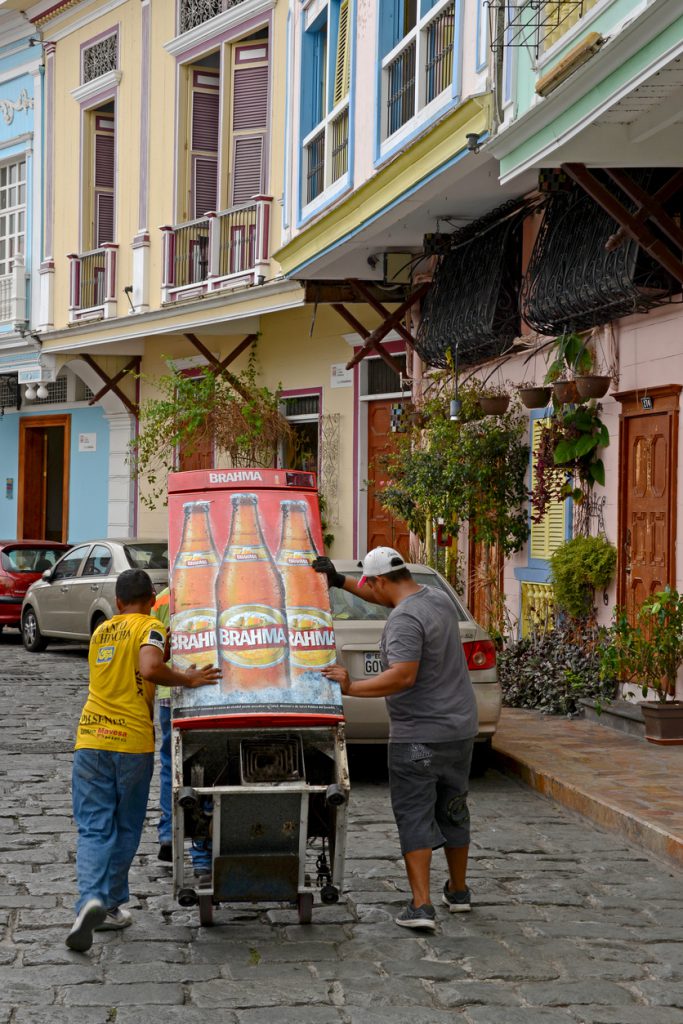 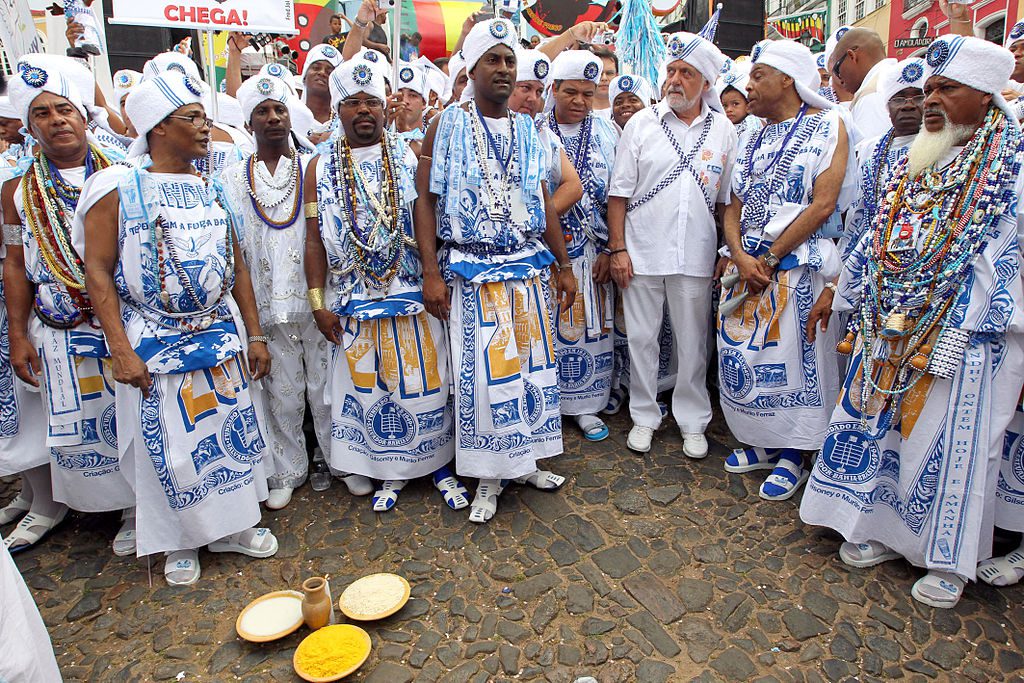 I returned to Brazil in 2014 to tick off a childhood fantasy of seeing a World Cup match in person. I am so glad Brazil proved all naysayers (especially western media) wrong by holding a fantastically organised world cup. What a carnival. No other country can come close. There were people of every country on the streets celebrating the diversity of life. An unbeatable goosebump-inducing experience. 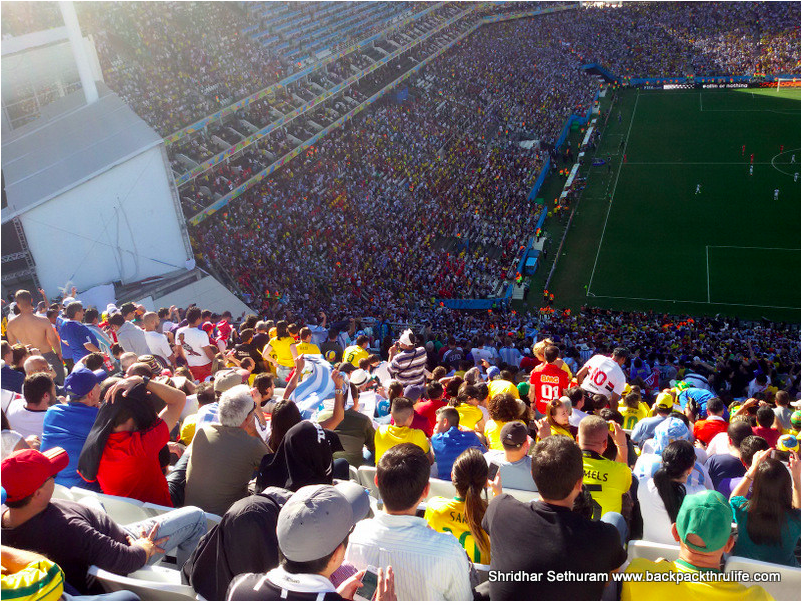 Brazil should be given permanent emeritus status as hosts. I had tickets to see the pre QF in Sao (Arg vs Swiss) and the QF in Rio (Ger vs Fra ). But the best experience of all was watching the matches in the best stadium in the world – Copacabana Beach. An experience which I will remember until I die. Everyone in Brazil – man, woman, and child – play football and are good at it!

The first time you visit, you must go to Rio De Janerio, Salvador, and Iguazu. This itself will take at least two weeks. Add another week if you want to do the Amazon. My favourite place in Brazil was Salvador Bahia which is the birthplace of the samba. This is  a musical town of Brazil and it is indeed ethereal to follow & dance to the beats of various bands through the cobbled streets of Pelourinho (old town Salvador)  which practice at various times of the day

My perception of Brazil was all about beaches, carnivals, football,  caipirinhas, and the fabled Brazilian laid back life, but clearly, the country is much more than that. After this conversation full of Brazil travel inspitarion, I can’t wait to head there and experience the unique culture and find the similarities it has with India! Here are some unconventional ways to experience Brazil.