More
Home Topics of Interest Food & Drinks Have You Tried These Classic Desserts In Italy?

With a cuisine that needs no introduction, Italy is truly a paradise for your mouth. It has remained a favourite all around the world, and allows you many more authentic delights than just comfort foods of pizza and pasta. Italian cuisine also has many, varied, seasonal and fiercely regional desserts that will take your taste buds on a wild ride. If you are planning a visit to the boot-shaped peninsula, don’t forget to try some classic Italian desserts such as expertly layered chocolate cakes, cream-filled pastries, boozy breads soaked in rum, or deep-fried treats that will send you into sensory overload. Here is a list of some desserts in Italy that you simply mustn’t miss.

Delectable Desserts In Italy That You Need To Try At Least Once:

Also called zabaione, this traditional Italian dessert is made with eggs, sugar, and wine, typically Marsala, beaten together over boiling water until light and airy. Because the boiling water cooks the egg yolks, it also adds volume to the mixture. It is an ethereally sweet dessert that can be served warm or cold. Zabaglione has been prepared in Italy since the 15th century and is a wonderful way to showcase the fruits of the season. This classic dessert from Italy is popular both as a dessert served with fruit or sweet biscuits or as a gelato flavour, and is sometimes a beverage served with fresh berries in a champagne glass or flavoured with espresso coffee. Its French version is called sabayon. In North Italy, Marsala wine is often replaced by Moscato wine. Once cooled, whipped egg whites are sometimes added along with whipped cream for even more richness.

Originally from Sicily, granita is a semi-frozen Italian dessert made with fruit and juice, that is like a sorbet but coarser in consistency. This refreshing treat is typically made from fruit, and therefore just the thing to cool you down during the dog days of summer. Granita is served all across Italy, and traditionally enjoyed at breakfast alongside espresso and brioche. Common and traditional flavourings include lemon juice, rich espresso, almonds, mandarin oranges, jasmine, coffee, mint, and when in season wild strawberries and black mulberries. Particularly liquor friendly, granita can also be spiked with luscious liqueurs such as rum or vodka.

This rich sponge cake is a traditional sweet from Sicily. The dessert is prepared either in one large cake or smaller, individual portions (cassatine) that layer the sponge cake rounds with sweetened ricotta and candied citrus peel. It is then decorated with marzipan (a sweet almond dough sheet), icing, and colourful candied fruits, giving it a bright, distinctive appearance. Arguably Sicily’s most famous dessert, cassata is made a bit differently in Naples. It consists of gelato layers in place of the ricotta and fruit, like an ice cream cake and the whole cake is covered in a sugar glaze. Either variation is a delight to your palate and a worthy finish to your meal. Traditionally, cassata is prepared in winter and spring, and is most often served around Easter. This Italian dessert is usually chilled for three hours before serving.

One of the most famous desserts in Italy, gelato is generally made with a base of 3.25 per cent milk and sugar. The dessert isn’t an Italian invention but a Chinese one which was introduced to Italy through the traveller merchants of the 14th century. As this popular Italian dessert is made with a greater proportion of whole milk to cream, it is generally lower in fat than other styles of frozen desserts. Gelato’s density and richness is because it typically contains 70 per cent less air and more flavouring than other kinds of frozen desserts. Therefore, its soft, elastic texture and slow-to-melt milkiness distinguish it from other ice creams. The traditional flavours of gelato are vanilla, chocolate, hazelnut, pistachio, cream (also known as custard) and stracciatella (fior di latte gelato with irregular shavings of chocolate). Gelato is also kept and served at a warmer temperature compared to that of its cousin, ice cream, so that it stays softer and creamier.

Panna cotta in Italian means ‘cooked cream’ and is one of the easiest desserts in Italy to make. Originally from the Piedmont region, panna cotta is famous for its rich dairy heritage. The traditional recipe only requires whole cream with honey and egg whites. Today, panna cotta is prepared with the highest quality cream that is lightly sweetened with sugar, held together ever so slightly with gelatin, forming it into moulds and chilling until set. The creamy mixture may be infused with flavours like vanilla or coffee and is often topped with a fruit coulis, chocolate or caramel. Panna cotta is traditionally served with a fruit compote, caramel, or chocolate sauce. This silky custard when made perfectly and properly chilled, is silky smooth, deliciously creamy, and has a gentle wobble when unmolded and served. In other parts of the country, this dessert is frequently flavoured with rum or sweet Marsala wine, and topped with a generous drizzle of caramel sauce, which perfectly complements the seductive aroma of vanilla.

Cannolis are traditional Italian pastries made from fried pastry dough rolled into a tube and filled with a creamy, sweet ricotta filling. The ends of cannolis can be further decorated with pistachio crumbs, chocolate chips, or candied fruit. The Sicilian cannoli originated in the Palermo and Messina regions of Italy, and has become so popular that it can be found all across the island. The pastry disks are rolled around a tube and fried. They are then coated in powdered sugar, typically flavoured with cocoa, suet, and Marsala wine. They are filled with ricotta cheese whose delicate freshness is enriched with orange blossom water, candied orange peel, chocolate, zuccata candied pumpkin, or finely chopped pistachios. Most importantly, the shells of this dessert in Italy are always filled before serving to prevent them from getting soggy, ensuring the perfect mix of crunchiness and creamy filling.

This Tuscan version of biscotti is made without butter or oil and is twice baked to crispy perfection. Technically cantucci originated from Practo in Tuscany, and is served with a glass of Vin Santo, an amber-coloured sweet wine from Tuscany. These biscuits are intentionally very dry so that you can dip them into the sweet Vin Santo until they become soft and steeped in wine. These long wafer-like cookies normally have pieces of almond, though there are flavour variations such as mint chocolate, hazelnut, pistachio, orange or cardamom. Although not strictly a dessert, they are often served at the end of a meal. If not with wine, you can also find these desserts in Italy at bakeries or supermarkets and dip them in your morning cappuccino.

This croissant-like puff pastry is typical of the Naples and Amalfi coast areas. Often known as ‘lobster tails’ in English due to their characteristic many-layered seashell shape, sfogliatelle is one of the most famous Italian pastries. This Italian dessert is usually stuffed with ricotta, candied citrus peel, and semolina. Sfogliatella literally translates to thin leaf or layer, due to its characteristic appearance of several layers of wafer-thin leaves. They are believed to have been invented around 1700 on the Italian Amalfi Coast, as a creation of nuns from the Santa Rosa monastery. Today, this famous dessert in Italy  is offered in two main varieties: riccia and frolla. The Sfogliatella frolla is round-shaped and made with shortcrust pastry. Nowadays, sfogliatella riccia is regarded as the traditional and the most common variety. Sfogliatelle are about the size of the palm of your hand and should traditionally always be served freshly prepared, while still crispy, preferably warm and dusted with powdered sugar.

The word tiramisu in Italian literally means ‘pick me up’ and anyone who tastes this combination of coffee, cocoa and sweet mascarpone, can attest to its mood-boosting qualities. Tiramisu is one of the most popular desserts in Italy and features layers of ladyfingers or ladyfingers cookies dipped in espresso coffee, nestled between rich mascarpone cream cheese that has been lightened with the addition of sweetened and whipped egg yolks, cream and topped with that dusting of chocolate. The origins of this refrigerated dessert are somewhat disputed, but most agree that it hails from the town of Treviso in the Veneto region. This cake pudding combo is a must-try if you like chocolate mousse and coffee. The texture and indulgent flavour of tiramisu make it a divinely satisfying dessert. However, be aware that the perfect tiramisu always delivers a serious caffeine kick from a shot of strong espresso, and the brandy-fortified Marsala wine adds a nice sweet buzz to the classic dessert.

Which Of These Italian Treats Would You Sample First?

While Italy entices us all with its awe-inspiring architecture, lush countryside, and historical intrigue, the country has plenty of mouthwatering masterpieces to offer too. Different regions of Italy have their own specialities, even when it comes to desserts. Many of them are connected with religious festivities, while some have become so iconic, that they have been given geographically-protected status, meaning they must be produced in a certain area of Italy to regulated standards. So, on your next trip to the boot-shaped peninsula expand your dessert horizons and try some new desserts in Italy. If we have missed any of your favourites, please let us know in the comments below.

Also Read: Must-Try Ice Cream From Around The World

Zesty Teas From India You Should Definitely Try

Mango Varieties In India And Where To Find Them.

15 Iconic Street Food In India Too Delicious To Miss Out 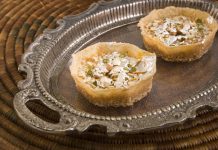 Desserts In Bengal For Every Sweet Lover 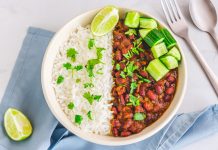 A Distinctive Taste Of Health: Vegan Recipes Of India