More
Home Topics of Interest Travel Updates Is It Time To Make Future Travel Plans As Destinations Around The... 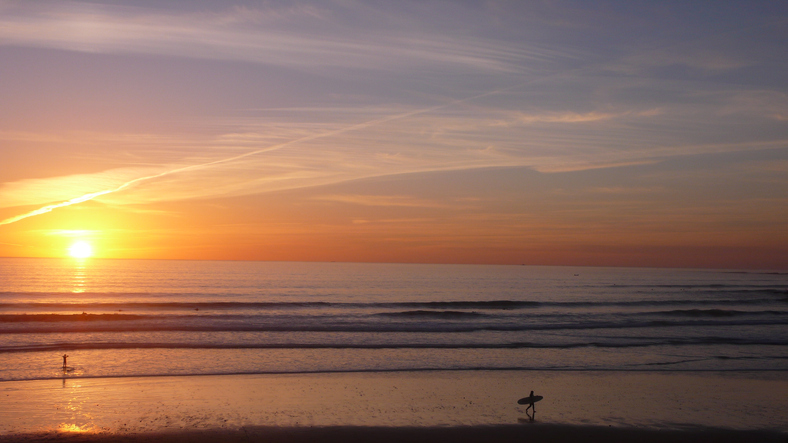 The sudden shift, in the last few months, from globe-trotting to quarantine life has literally grounded us all. But lately, with the pandemic hopefully slowing down in some parts of the world, different destinations are loosening their travel restrictions to welcome back tourists. As destinations around the world reopen, most governments are still advising against ‘non-essential’ international travel, there are a bunch of famous destinations that are beginning to ease their COVID-19 lockdown measures. If you are one among many who have been waiting to find out where you can travel this year, we have a list of destinations around the world that are reopening (or planning to) for travel.

Earlier this month, a plan to save summer tourism in order to help the struggling travel industry was announced by the European Commission. The plan is said to include opening borders and putting health measures and aggressive testing in place. But it isn’t just the European countries that have plans to reopen, there are many coveted destinations worldwide that are planning to open their door to tourists.

Also read: The future of travel: What changes can we expect post COVID-19?

Scroll Through These Reopened Places Around The World

According to German Foreign Minister Heiko Maas, although nonessential travel to Germany is prohibited at present, the country intends to lift restrictions for EU countries, UK and the Schengen area starting from June 15. The government is also planning to remove routine-based quarantine measures currently required when entering the country. Currently, arrivals have to self-isolate for 14 days—but from mid-June, arrivals from the EU, the Schengen Area and the UK will be exempt of this rule, unless they enter from an area where there is a high rate of infection.

While one of happiest places on earth, Aruba, has yet to establish an official reopening date, the island has announced tentative plans for reopening to tourists sometime between June 15 and July 1. Although there’s no mention of any specific Covid-19 testing requirements for the arrivals, tourists will be required to undergo temperature checks on arrival.

Situated at the intersection of Europe and Asia, Georgia is planning to reopen to international travellers on July 1. CNN reports that officials have brought in a three-stage “anti-crisis” plan, which includes a marketing campaign designed to promote Georgia as a “safe destination”.

Cenote with beautiful turquoise water for snorkeling at Xel-Ha, Cancun.

As destinations around the world reopen, Quintana Roo, a state on the Caribbean side of Mexico has set its reopening date beyond June 1. According to Mexico News Daily, some of Mexico’s most well-known tourist hotspots such as Cancun, Tulum, and Riviera Maya, aim to welcome international travellers by June 8-10.

Officially called the Republic of Cyprus, the country will be welcoming tourists back on June 9. However, the country is only planning to allow travellers from countries it deems “safe,” and that have similarly low infection rates. There are 19 countries on this list currently. Furthermore, Cyprus is planning to pay for the accommodation, meals, and medication of any tourist who contracts COVID-19 while visiting the island.

Iceland, also known as the land of Fire and Ice is preparing to reopen its borders to tourists on June 15. Starting then, the country will test all arrivals for COVID-19. Those who test negative will be allowed to bypass quarantine, while anyone testing positive will have to self-isolate for 14 days.

Beginning June, the U.S. Virgin Islands are all set to reopen to leisure travellers. The region has also established a comprehensive guide called the “Health and Safety Guidelines for the USVI Tourism Industry”. This will be used to ensure hotels, restaurants and other businesses take the required health and hygiene measures to ensure visitors’ safety.

Antigua and Barbuda will be reopening for tourism from June 4 with American Airlines, Caribbean Airlines and British Airways set to resume flights in the days and weeks to come. Caribbean National Weekly reports that the country’s tourism minister Charles Fernandez had said in a virtual meeting that they will be reopening the country with an American Airlines flight from Miami scheduled for June 4. According to the Miami Herald, Antigua and Barbuda’s government plans to implement new health measures before then, and that anyone wanting to enter the country will need to present a negative COVID-19 test.

The  UK government had earlier chosen not to impose mandatory quarantine for travellers but, they recently announced that as of June 8, all arriving travellers will be required to self-isolate for a 14-day period. Under the new rules, all arrivals will have to provide an address on arrival, at which they must remain for two weeks. Taking it up a notch, those who break the rules will be subject to fines of up to $1,218.

Greece is hoping to reopen to foreign visitors by mid-June. The country has planned to allow travellers from 29 approved countries to arrive only through Athens International Airport beginning June 15, before eventually extending the order to all of the country’s airports on July 1. While many of the Greek businesses, such as hair salons and bookstores, have been back open since early May, most nonessential businesses followed suit May 18, and hotels aim to reopen from June 1. According to Business Insider, Greece’s prime minister has said that COVID-19 testing will be in place at airports, and temperature checks will be implemented in hotels and restaurants.

According to Florida Keys officials, the Florida Keys will reopen to visitors on June 1. Starting then, hotels or lodging will be limited to 50 per cent occupancy (which will be re-evaluated in late June) during the initial phase of reopening and disinfecting and social-distancing guidelines will be put in place.

In Europe, Italy has been one of the worst-hit countries. According to Italy’s La Repubblica newspaper, Italian officials recently approved plans to allow travel from within the European Union on June 3. In a move that the government has described as a “calculated risk”, visitors from the EU, along with the UK and the microstates and principalities of Andorra, Monaco, San Marino and the Vatican, will be allowed to enter without having to quarantine themselves starting June 3. Sicily has also offered to pay half of the visitors’ flight costs and a third of hotel expenses should they visit later this year.

The Caribbean island of Saint Lucia is home to volcanic beaches, reef-diving sites, luxury resorts and fishing villages. Its government has announced a phased reopening to tourists beginning June 4, when it is expected to allow international flights and tourists. Starting then, visitors to this tropical destination will have to present a negative COVID-19 test upon arrival taken within 48 hours of boarding their flight. They should also expect temperature checks at the airport, hotels, and in restaurants, as well wear masks and maintain social-distancing requirements.

Skyline of Porto, Portugal’s old town from across the Douro River

According to Reuters, Portugal, after easing out of the lockdown by reopening some shops and restaurants in mid-March, has become one of the first European countries to welcome back visitors. Though, since flights from outside the European Union are not allowed until June 15, these tourists are mainly going to be from Europe. Portugal’s foreign minister, Santos Silva, has said that health checks will be implemented at airports.

Explore But With Caution As Tourist Destinations Around The World Reopen

If you wish to travel, remember to keep yourself informed of the various travel restrictions and constantly changing bans. Check out the WHO travel advisory for coronavirus. As destinations around the world reopen, we have to remember to keep our safety as well as the ones of the locals in mind. Take routine precautions such as personal hygiene, cough etiquette, maintaining a distance from persons showing symptoms, to stay healthy and enjoy your trip. But as destinations around the world reopen, would you want to start travelling again? If yes, where? Let us know in the comments.

Also Read: Are We Looking At The Year Of RV Travel?