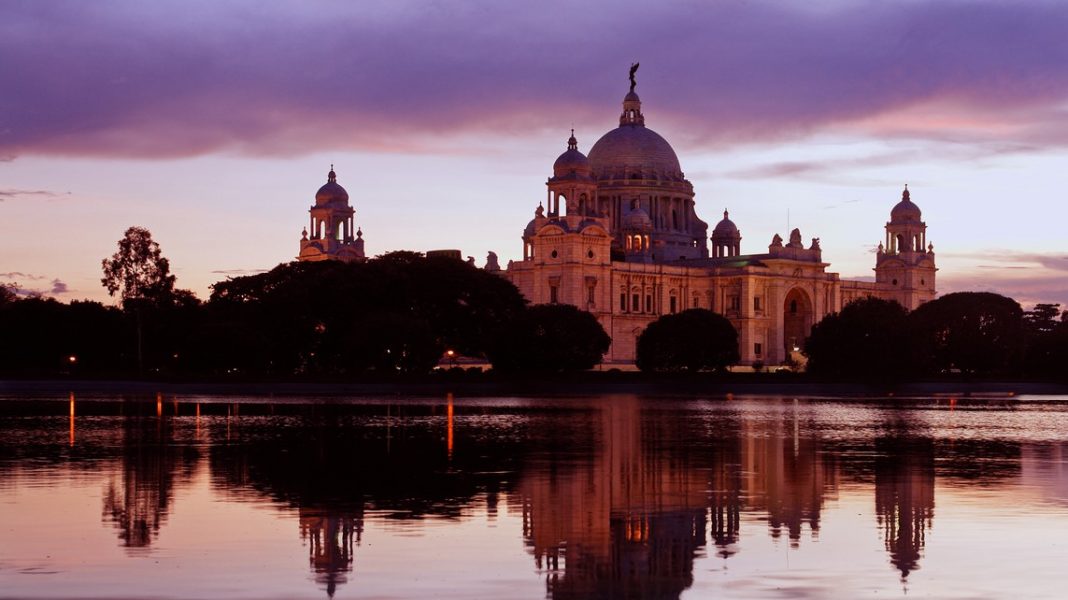 The capital of West Bengal, Kolkata is a teeming city, full of unique sights and tastes. This 350-year-old metropolis was once also the capital of British India. It retains much of this heritage, along with much older Bengali traditions. Like other Indian cities, there many things to see in Kolkata

However, if you’re looking for something different to do in ‘the City of Joy,’ here are 11 unusual things to do in Kolkata: 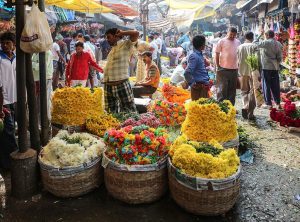 This colorful market is located directly under the famous Howrah Bridge. It is open from 5 a.m. until late at night. Full of bright yellow and orange flowers, it is truly a unique experience. 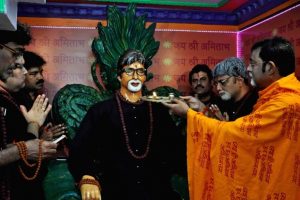 Bollywood fans, head to this unique temple dedicated to veteran Indian actor, Amitabh Bachchan. ‘Devotees’ can look at various portraits and film stills of their idol, as well as a pair of shoes worn by Bachchan in his 1990 film, Agneepath. 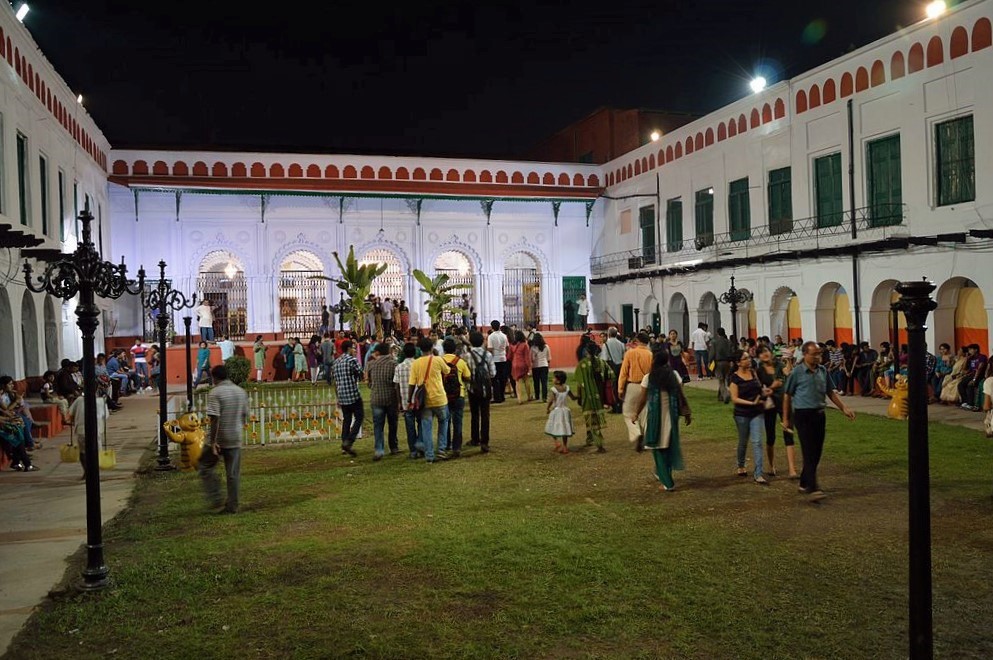 Built by the Shobhabazar royal family, this beautiful palace is one of the grandest Bengali style houses in Kolkata. Its large central courtyard is surrounded by delicate arches and grand double storey wings. The Palace also celebrates the annual Durga Puja in at its temple in grand style. 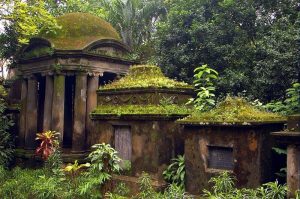 This historic cemetery dates back to 1767 and offers a unique insight into Kolkata’s history. It houses over 1,600 tombs built in both Gothic and Indo-Saracenic styles. 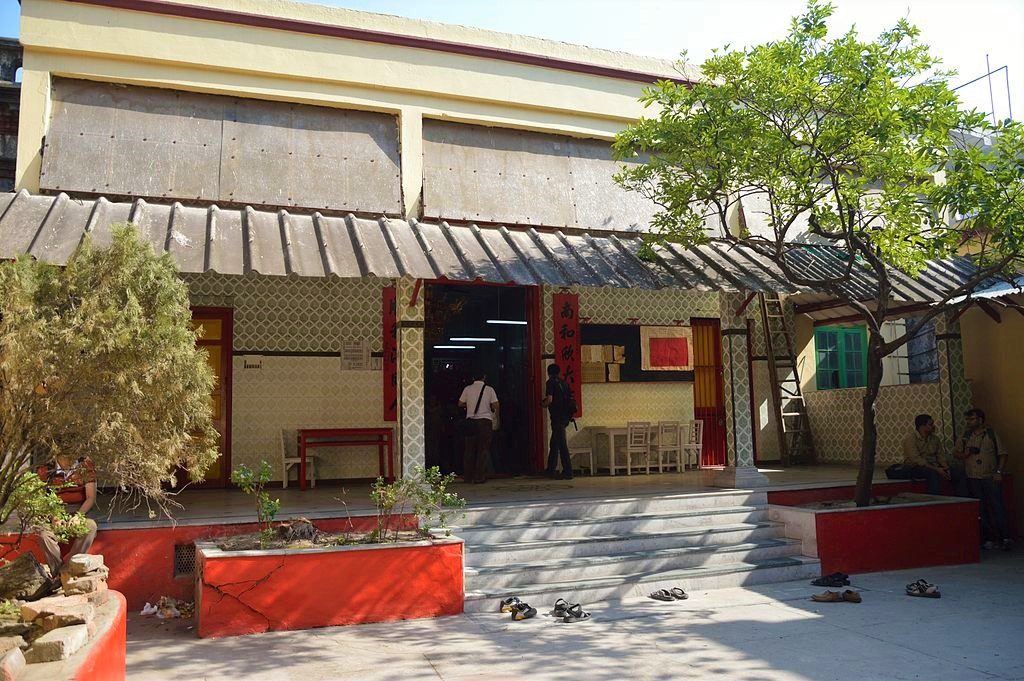 Located on Damzen Lane, this is one of the oldest surviving Chinese temples in the city today. It has been used by Kolkata’s Chinese-Indian population since the 1820s. The unique architecture and unique cultural and historical significance make this temple well worth the visit. 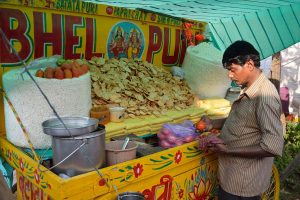 Popularly known as Kolkata’s Chinatown, it is one of the few places in India where the legacy of the Chinese-Indian community remains. Settled by Chinese immigrants as early as the 1780’s, it is home to some of the most delicious street food, from momos to noodles, chaat, sausages, and rolls. 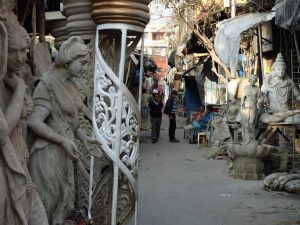 The narrow lanes of this potters’ colony are filled with sculptures of Hindu gods and goddesses. Walking around this area, you can watch artists working to make these figures come to life. 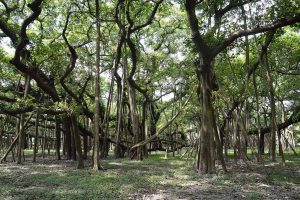 Located in the Acharya Jagadish Chandra Bose Botanical Garden, the Great Banyan Tree is over 250 years old. It covers over 3.5 acres with over 3,000 aerial roots that give it the appearance of a complete forest. 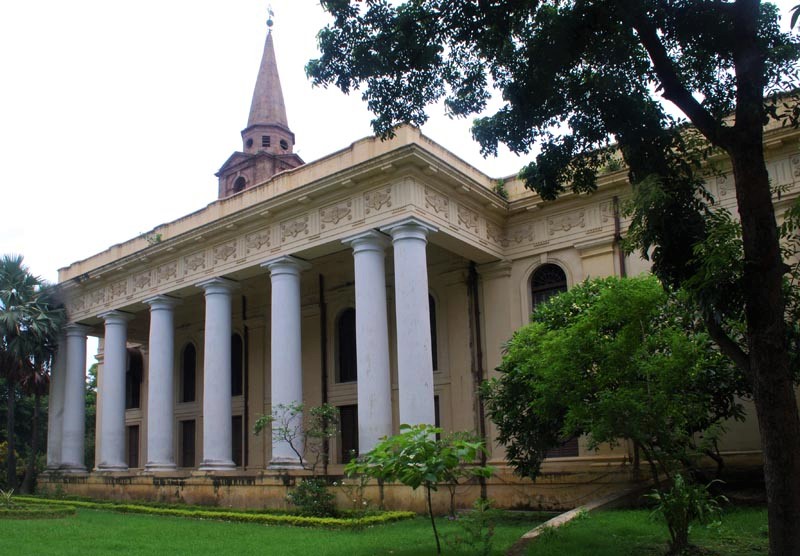 St John’s Church is one of the oldest churches in Kolkata. Construction of the church began in 1784 and was designed by James Agg in the neoclassical style. It served as the primary Anglican Church until the building of St. Paul’s Cathedral in the early 1800s. The church has numerous memorials and tombs, as well as beautiful stained glass windows and numerous paintings. 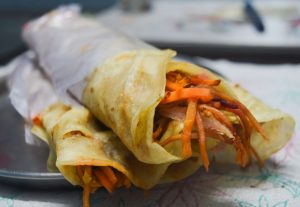 One of the most ubiquitous Indian street foods, the Kati roll is essentially a paratha wrapped around varied fillings. Its said that it originated at Nazim’s in Kolkata, though Kusum Rolls is also a popular option. 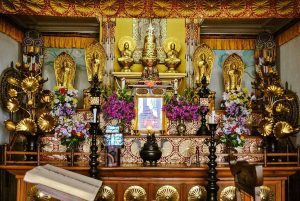 Often called  Kolkata’s Japanese Buddhist Temple, this monastery was built in the 1930s by followers of Nipponzan Myohoji, a pacifist Japanese religious movement. The quiet temple also serves as a peaceful respite from the hustle and bustle of Kolkata.