One of the best places to socialise and mix with locals when you’re abroad is at a local watering hole. A bar or pub is an excellent place to make new friends or to understand the people and their culture. However, if you don’t want to look out of place, be sure to follow the drinking etiquette and traditions of the place.

In many countries, drinking often follows some sort of ritual and getting it wrong may unnecessarily cause offence. Here are some extremely specific do’s and don’ts from around the world to brush up on before you travel. Here’s a guide to drinking etiquette around the world.

Also Read: Rules Of Dining Etiquette From Around The World

1. If someone offers you a drink in Russia, it’s considered rude to turn it down 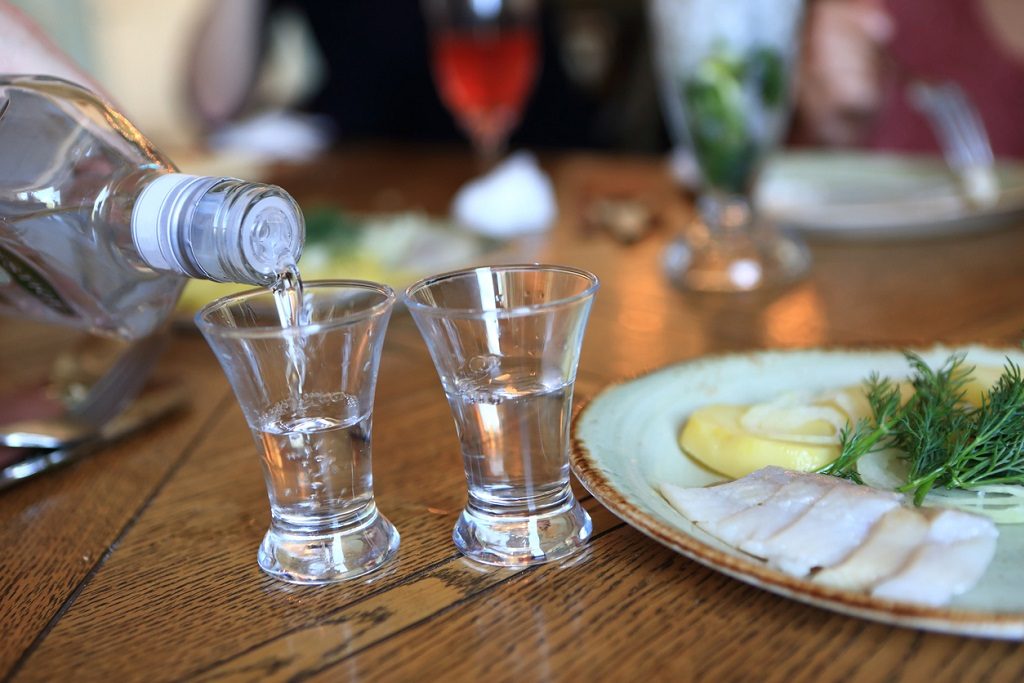 If you are offered a drink in Russia, it is seen as a sign of trust and friendship. Traditionally, you should accept it, as otherwise, it’s like you’re saying “I’m not interested in your friendship”. Also, remember that vodka should be taken straight, with no mixers. Also, when you open a bottle, its considered rude not to finish every drop.

Also Read: Where To Sample The Best Alcohol Around The World

2. Don’t make a toast with beer in Hungary

When in Hungary, don’t raise a toast with beer. It is considered discourteous, as in 1848 the Austrian defeat of the Hungarian revolution was celebrated with lots of beer.

3. In Spain, never toast with water

It is believed in Spain that toasting with water instead of wine will bring you seven years of bad sex!

In France, never fill your glass to the brim – the French like to savour their wine, so expect to do the same. This also means that you shouldn’t guzzle your drink. It is also considered good manners to serve women first.

5. Be prepared for long toasts in Georgia

Toasts are an important part of life in Georgia. Every meal with Georgians will be accompanied with at least 20-30 toasts, often along with speeches.

6. In Kazakhstan, try to finish your kumis

Kumis (which is made from fermented horse milk) is the national drink of Kazakhstan. According to local custom, any leftovers must be poured back into the kumis jug so that none of it is wasted.

7. Make eye contact when making toasts in Germany and the Czech Republic

When making toasts in the Czech Republic or Germany, be sure to maintain eye contact with until the glasses are put back on the table. It is considered a sign of trust and respect.

8. Never pour your own drink in Japan

Don’t pour your own drink in Japan. Instead, you’re expected to pour the drinks of others and they’ll do the same for you. Ideally, you should have enough rounds of drinks for every person in the group to have poured the others a drink. If you’ve had enough, don’t serve others, or they’ll be obligated to fill your glass.

China has a complex series of rules surrounding drinking at gatherings, especially when it comes to toasts. A few major points to keep in mind are to pour for elders or superiors first, to make sure that the glasses are filled completely, and to ensure that juniors don’t raise their glasses higher than their elders.

10. Wait for someone to pour your drink in South Korea

Much like in Japan, you never pour your own drink in South Korea. But, remember to only fill a cup if it is completely empty, and to fill the cups of elders and superiors first.

11. Don’t empty your glass when you’re in Thailand

In Thailand, they don’t like guests to have empty glasses, so be prepared for someone to keep refilling your empty glass at gatherings. If you want to prevent this, make sure not to empty your glass all the way.

Italians like to have their wine while they eat, and both hard drinking and cocktails are quite uncommon.

13. Order a bottle for everyone in Turkey

When in Turkey, be sure to order a bottle of Raki (one of their most popular drinks) for the entire table rather than just a glass for yourself.

14. Slowly drink the ouzo in Greece

Greek ouzo (an anise flavoured liquor) is one of the most popular drinks in the country and is commonly served as an aperitif. Ouzo is not traditionally mixed with anything, except perhaps a little water or ice. However, it is quite strong, so remember to take small sips.

15. In Sweden, wait before you drink

Wait for all the glasses to be filled and for the host to make their toast before drinking in Sweden. Also, remember that generally, men wait for all the women to put down their glasses before doing the same themselves.

16. Get a round of drinks for everyone in the UK

If you plan to go to a pub with friends in the UK, remember that everyone generally buys a round of drinks for the group (if you want to opt out, be sure to do so well before your turn). Also, remember to order and pay at the bar itself.

17. Try the “little head butt” shot in the Netherlands

The Kopstootje, or the “little head butt”, is when you take a shot of Genever from a tulip-shaped shot glass without using your hands. Afterwards, it’s chased down with a beer.

18. In Peru, a glass of beer is shared among friends

One beer and a single glass are often shared among friends in Peru. The beer is poured little by little into the glass by each person before it is passed around.

Do you know any other rules of drinking etiquette from around the world? If so, be sure to share them in the comments below.