More
Home Topics of Interest Culture Travel What Really Is The Environmental Impact Of Ganesh Chaturthi? 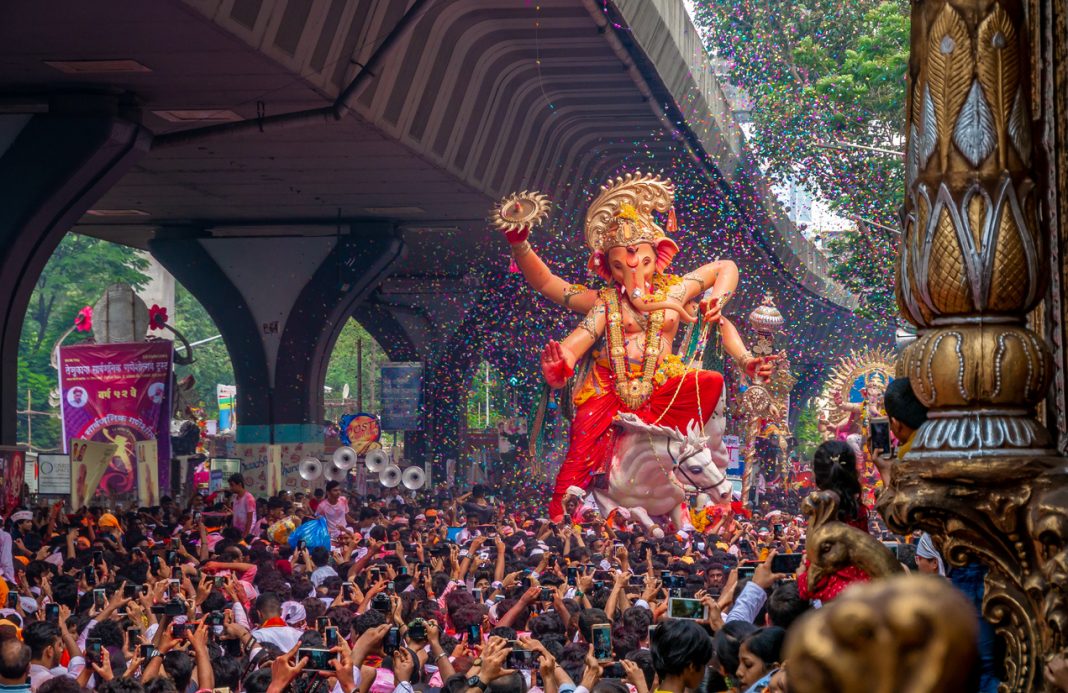 Ganesh Chaturthi is one of the most celebrated Hindu festivals across India and will be celebrated this year in early September. An article in The Hindu, comments on the fact that over the years, the festival is being celebrated on a larger and larger scale; saying, “once a fairly quiet, mostly private practice, Ganesh Chaturthi now involves large, public festivals in many parts of the country”.

However, along with the festival itself, each year we also see lots of articles deploring the pollution caused by it. But what exactly is the impact Ganesh Chaturthi celebrations have on the environment?

What is Ganesh Chaturthi and how is it celebrated? 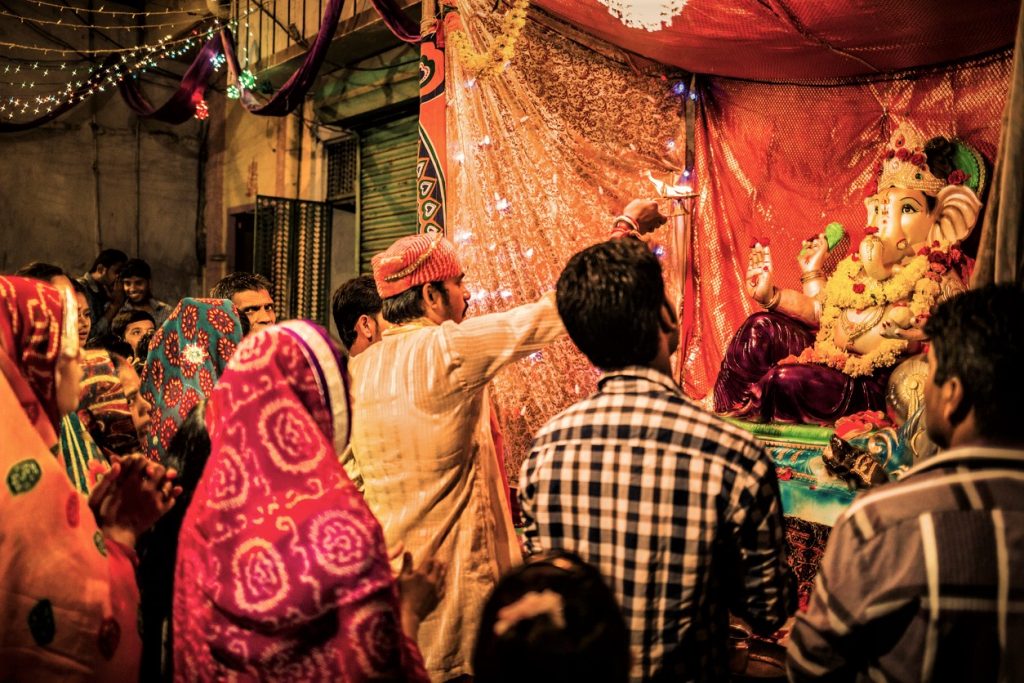 This Hindu festival celebrates the birth of the deity Ganesha, and occurs between months of August to September. Idols of the god are placed both in households and in various public places and offerings (including flowers, food, ghee, and more) and prayers are given.

After the 10 days of Ganesh Chaturthi, the idols used in the festival are sent off with a “visarjan,” or immersion in a body of water. While this is meant to symbolise the impermanence of the mortal world; this nonetheless leaves a very permanent impact on the environment.

How does Ganesh Chaturthi harm the environment? 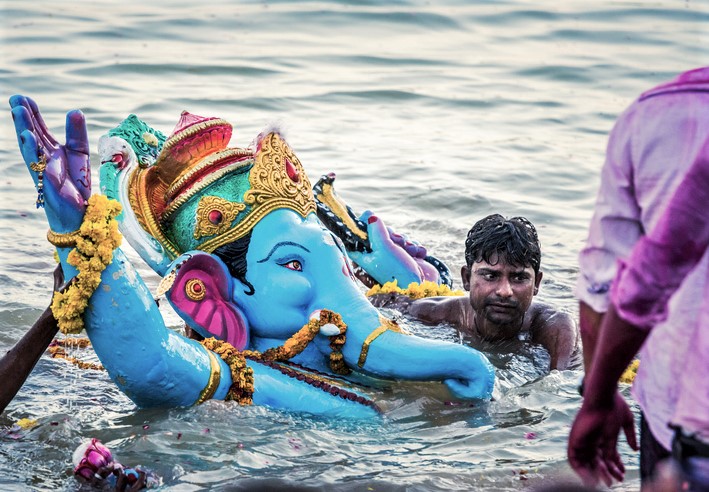 Many idols across the country are made with Plaster of Paris (PoP), sometimes with small quantities of plastic and cement. PoP contains calcium sulphate hemihydrate, a material that takes anywhere between months and years to fully dissolve in water. In doing so, it reduces oxygen levels in the water, killing the fish and other aquatic life.

In addition to this, these idols are often coloured with bright paints that contain heavy metals such as lead, nickel, cadmium, and mercury. These heavy metals can affect the PH balance of the water; making it more acidic and thus further poisoning its inhabitants. Additionally, these materials can cause skin diseases in humans when they come into contact with the water, as well as poisoning us through the fish and birds eaten as food. 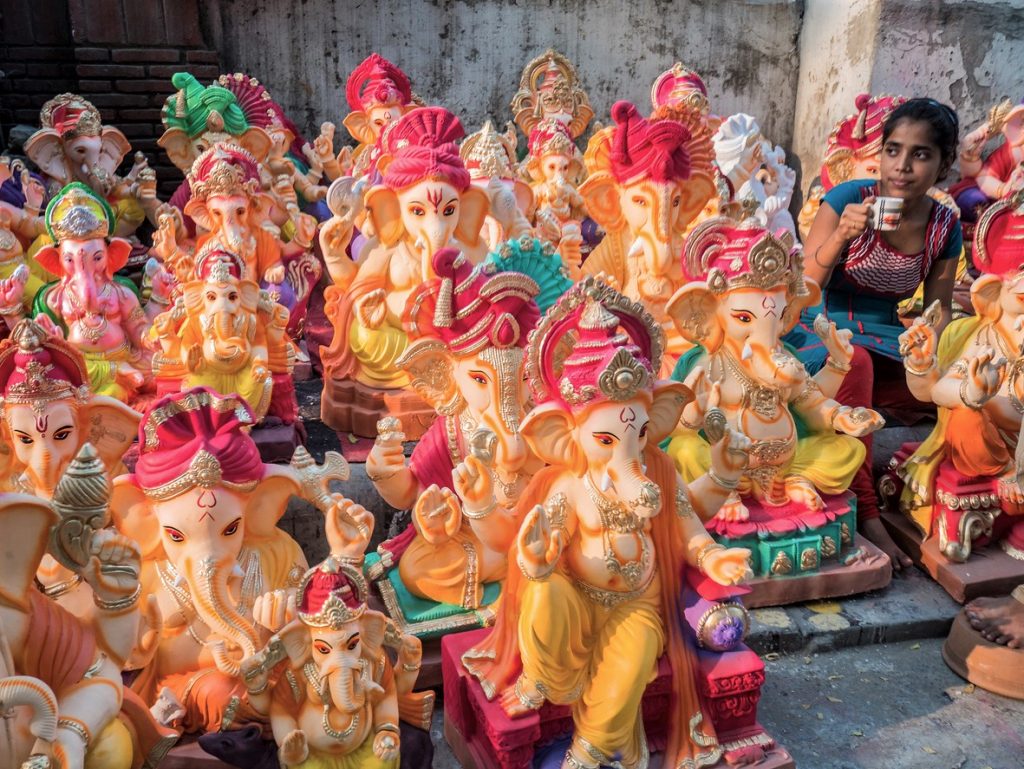 Furthermore, it is important to note that the idols are not immersed in isolation. They are often decked with flowers, plastic decorations, camphor, and even polystyrene (also known as thermocol). All this solid waste also ends up in water bodies, further straining our already polluted rivers and lakes. Even the flowers, which are usually bio-degradable, often have pesticides and fertilisers that leech into the water.

This pollution has various effects. The solid waste blocks the natural flow of water; which can cause stagnation and the breeding of mosquitoes and other harmful pests. With nowhere to go, the water ends up being further polluted by other forms of waste. The end result is huge amount of water pollution that poisons our water bodies for years.

Measures by the government 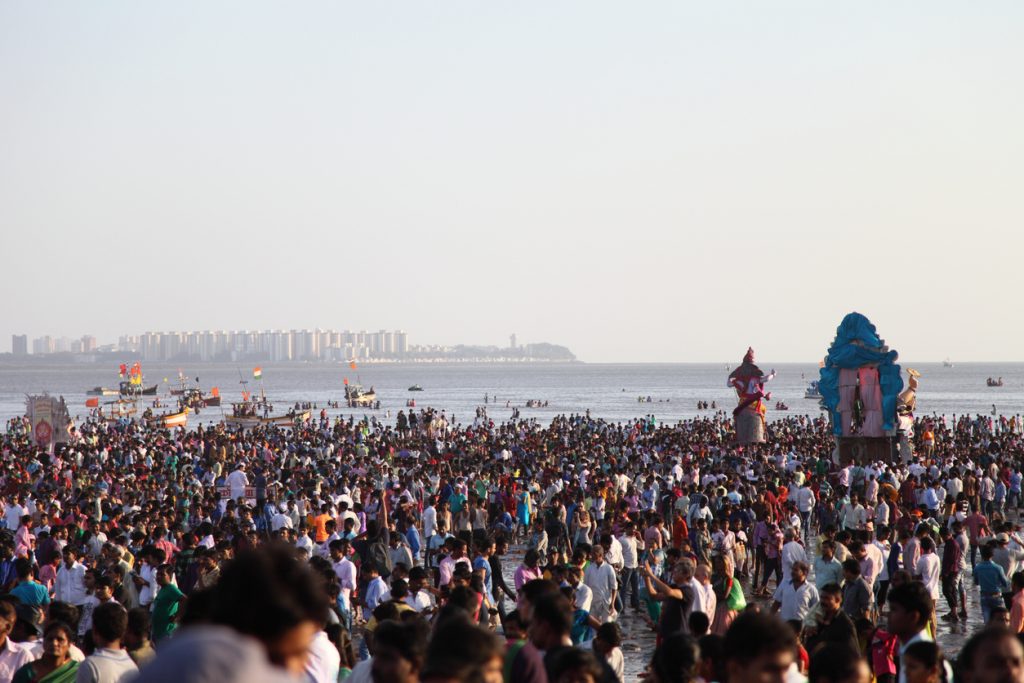 In Hyderabad, new ponds and tanks were built especially for the immersion of idols, and in Bangalore, a fixed number of water bodies within the city were designated for immersion in a bid to decentralise this practice. The Bruhat Bangalore Mahanagara Palike (or BBMP) and the Karnataka State Pollution Control Board (KSPCB) has taken this a step further and banned the use of PoP idols altogether. Instead, it is promoting the use of idols made with quick-dissolving clay and painted with natural colours.

Dr K Sudhakar, Chairman of KSPCB, said, “As they have proven to be toxic to both nature and human beings, we in the Board have decided to curb the sale and use PoP idols in the state”. However, the effectiveness of these measures remains to be seen. Such measures have been previously implemented in both Tamil Nadu and Goa but were quickly overturned.

So what can we do? 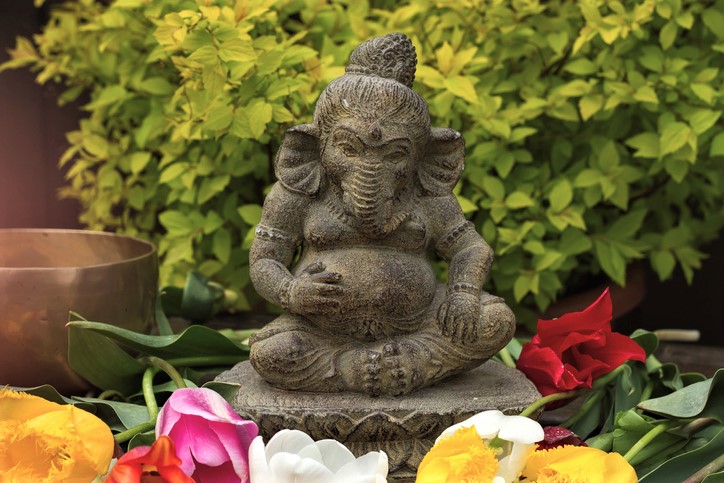 There needs to be a balance between worshipping during the festival, and thinking about what we’re doing to the environment. There are lots of steps that can be taken to reduce the impact Ganesh Chaturthi has. These include:

So, as festivals should be a time of joy, let us try to make Ganesh Chaturthi a festival favourable not only for us, but also for the environment.