Salar de Uyuni or the salt flats of Bolivia, situated in northwest Bolivia, is the largest salt flat in the world. A viral hit on social media, these salt flats are spread over an expanse of 4,050, square miles. Located in the Daniel Campos Province of Bolivia, the ground is a geometric spectacle with polygonal and hexagonal formations of salt that make for a beautiful sight. The fascinating salt flats also have nearby lakes, dormant volcanoes, cacti, and birds like flamingos.

It is believed that around 42,000 years ago the salt flats of Bolivia were submerged underwater and they were a segment of a prehistoric lake. Gradually the lake evaporated, dried, or broke  off into smaller streams that dried and formed the Uyuni salt flats. It is believed that approximately 12 billion tonnes of salt is present in the salt flats of Bolivia. Since there was no outlet, the salt accumulated here. The Bolivian salt flats are surrounded by 30 islands and lakes like Lake Titicaca and Lake Poopó. The lakes overflow and create a beautiful mirror effect during the rainy season. These salt flats have the world’s largest lithium reserves. The place is filled with minerals like sodium, potassium, borax, and magnesium.

Like all awe-inspiring places, legends are attached to the Uyuni salt flats. The local campesinos (peasant farmers) believe that the mountains around the Bolivian salt flats used to be giants. The nearest peak was also believed to be the mountain goddess Yana Pollera who had relationships with both Thunupa and Qosqo (volcanoes). As the mountain goddess became pregnant, Thunupa and Qosqo fought over the paternity of the child. Yana sent the child to a faraway land and flooded the plain with her milk which later became salt. Another legend as per the Aymaran people is similar to the former, where they believed that the mountains were giants. But according to the Aymaran legend, Thunupa and Kusku were married. When Kusku left his wife, Thunupa was filled with so much grief that her tears formed the salt flats of Bolivia.

3. The Right Time To Visit

If you want to visit the Uyuni salt flats for its Insta-friendly mirror effect, you must visit in the wet season, from December to April. But the rains can get overwhelming between December and January leading to flooding and frequent cancellations of tours. The period between June to August welcomes most tourists, and the salt flats of Bolivia are on high demand. Depending on the rush reason, the tour rates might vary. May to November is considered the dry season, so the ground hardens, temperatures fall, and you can drive across the land, making the entire Bolivian salt flats very accessible. You can visit the salt flats of Bolivia during both seasons—wet or dry—depending on what you are looking for.

The most popular route starts from the town of Uyuni. You can reach Uyuni and book tours and day trips in the town’s Plaza Arce. Uyuni is easily accessible via flight, train, or bus. The flight from La Paz can take about an hour and costs around USD 130. Taking a bus from La Paz can be time-consuming as it takes around 10 hours to reach Uyuni, but it’s cheaper at about USD 30-40. You can take an overnight bus using services like Trans Omar and Todo Turismo.

People also visit the salt flats of Bolivia from Tupiza. If you are coming from Argentina, this is your best option. There are tour companies that offer packages with four-day tours of Tupiza, saving the Bolivian salt flats for the last day. There are trains from Tupiza and Oruro to Uyuni with affordable prices, so check their timings and book accordingly. Three-day tours from San Pedro de Atacama, Chile are also available. Sometimes, travellers are dropped till the border town and Bolivian agencies transport you to the Salar de Uyuni.

5. The Weather At The Salt Flats Of Bolivia

Salar de Uyuni is at an elevation of 11,995 feet above sea level, so you may feel altitude sickness. The winter temperatures at the salt flats have been known to drop as low as -20 degrees Celsius. If your body does not acclimatise, then you might experience symptoms of altitude sickness like insomnia, nausea, headaches, shortness of breath, and more. It is advisable to acclimatise before the tour. Spend some time in destinations like La Paz and Uyuni that are at higher altitudes, so your body can adjust to the elevation. Since people cope differently when it comes to altitudes, stay hydrated, and before the trip check with your doctors if you need any acclimatisation medicines.

Most of the local accommodations are basic shelters, and the tour packages recommend them. If you want a little more luxury, then Tayka de Sal and Luna Salada are better options. Further lavish options like Palacio del Sal, which has a spa and specially designed rooms, and Kachi Lodge are available. Kachi Lodge is a convenient option with a restaurant called Gutsu, and an art piece called the Andean Warhol by Gastón Ugalde.

7. Things To Do At The Bolivian Salt Flats

What to do at the salt flats of Bolivia depends entirely on your interests. Around the salt flats, there are other attractions like Incahuasi Island, with carbonated reefs and large cacti, where you can hike. Many long tours include visits to nearby villages, volcanoes, deserts, lakes, and hot springs. Villages like Jrira or Coqueza grow quinoa and have alpaca farms. Wildlife like flamingos can be spotted at the red Laguna Colorada. The Bolivian salt flats are very hot in the day and very cold at night so plan and dress accordingly.

You can take a shared tour, which is cheaper, or a private tour. Most of the drivers of shared tours speak Spanish and you will have more than six co-passengers. They also stick to their itineraries and you might end up missing a sunset because they have to strictly follow the schedule. Private tours might be more expensive but provide English speaking guides and accommodate your requests to the itinerary. If you pick shared tours, check the itineraries, since  most of them offer the same but at different prices. Three-day tours cost around USD 100-110 including food, accommodation, and transport. A visit to a national park will cost an extra USD 20. Tours in English can cost around USD 220.

More Than Just The Salt Flats In Bolivia

Entering Bolivia will require a visa. The country has many attractions that you can visit. Weigh the pros and cons of the tours and check the schedules in detail before selecting. You can always pick the one-day tour as it is convenient, but we recommend you choose the three-day tours and explore the surroundings as well. The salt flats of Bolivia are more than just sunsets, deserts, and hills. 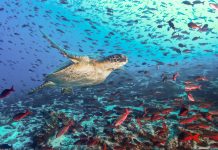