More
Home Topics of Interest Travel Updates Global Unrest In The World: A Confluence Of Crises 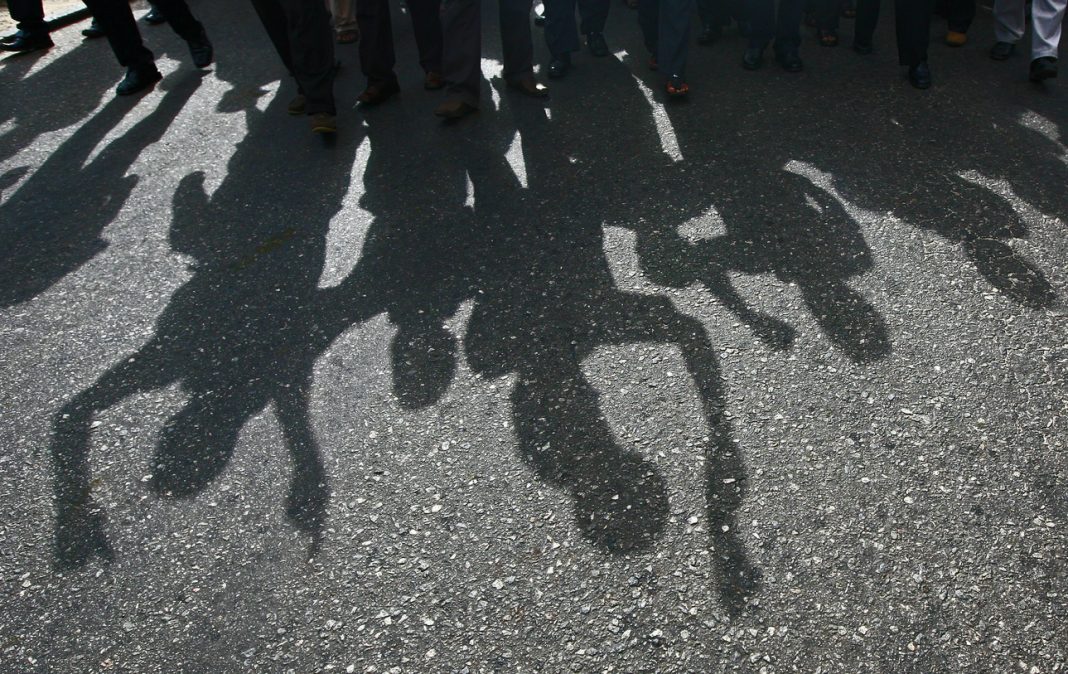 2020 has become a year that will go down in history for a lot of things. While the biggest issue is the global pandemic, there are lots of other changes that have arisen and escalated at unprecedented levels. From natural catastrophes to political and social unrest—there is a lot we are trying to get a handle on. It is also easy to get overwhelmed by the constant onslaught of news. So, we’ve brought together a brief synopsis of some of the most major events that have caused global unrest in the last few months.

As everyone around the world tackled the pandemic, things took a grim turn for migrant workers in India when the first nationwide lockdown was called in March 2020. And the crises around these migrant issues continue. It’s been called the ‘greatest man-made tragedy’ in India since Partition by Indian historian and economist Ramchandra Guha. India’s nationwide lockdown measures have left millions of migrant labourers stranded without work, food, homes and means to get home, as well as an undecided future. According to the United Nations agency the International Labor Organisation (ILO), nearly 2 billion people across the world depend on daily work to survive. Already protests have begun due to this massive exodus of migrant labour from industrial towns. The migrant crisis has led to tens of thousands of starving migrant labourers stranded without work or away from home, causing staged demonstrations all across India, where they crowded together in defiance of social distancing rules.

Just six months into the year and coronavirus affected every major industry around the world. Since there is no vaccine yet, the only way to prevent the spread of the infection is social distancing, personal hygiene measures, and avoiding contact with infected persons. This has led many countries enforcing nation-wide lockdowns to mitigate the risks involved with the disease. Industries and businesses have suffered owing to the reduced workforces and the shutdown of major factories. With the widespread damage to businesses, the world economy is projected to shrink by 3.2 per cent in 2020, according to the UN. The Department of Economic and Social Affairs Economic Analysis predicts that the GDP growth in developed countries will plunge to -5 per cent in 2020, while the output of developing countries will shrink by 0.7 per cent, under the baseline scenario.

With the IMF forecasting the worst global recession in nearly a century, the UN’s Department of Economic and Social Affairs Economic Analysis reports, “Lockdowns and the closing of national borders enforced by governments have paralysed economic activities across the board, laying off millions of workers worldwide.” This has led to a rise in poverty, inequality and social unrest. While the magnitude of the impact varies from sector to sector, the worst affected industries are Travel & Tourism, Retail & eCommerce and, Sports & Entertainment.

According to a report by an Israeli newspaper ‘Haaretz’, 2,000 Israelis braved coronavirus to protest against President Benjamin Netanyahu. The protesters reportedly gathered in Tel Aviv’s Rabin Square to protest anti-democratic measures passed during the coronavirus crisis and the policies of their current PM. Thankfully, these protestors still followed the latest health and safety guidelines, wearing face masks and standing six feet apart. They were seen carrying Israeli flags and plain black flags to symbolise what they see as Netanyahu’s attacks against the country’s democratic systems.

The east Indian city of Kolkata, and Bangladesh, were left devastated by the first super cyclone to form in the Bay of Bengal since 1999, called Amphan. The storm killed at least 84 people across India and Bangladesh, tore roofs off buildings, smashed windows, pulled down trees and pylons and overturned cars, and massive destruction of property and agricultural land. The effects of these will be felt for many years in the future. Unfortunately, the coronavirus restrictions have been hindering emergency and relief efforts. BBC reports that social-distancing measures have made mass evacuations even more difficult, with shelters unable to be used to full capacity.

According to a recent report by WHO, a new outbreak of the Ebola virus is occurring in the Wangata health zone, Mbandaka, in the Équateur province in the Democratic Republic Of Congo. The announcement has come as the country is also battling COVID-19 unrest and the world’s largest measles outbreak.

7Almost 20,000 Tonnes Of Oil Spills Into An Arctic River – Russia

Recently, Russian President  Vladimir Putin declared a state of emergency after 21,000 tonnes of diesel fuel spilt into the Ambarnaya river within the Arctic Circle from a power plant. President Putin has said he expects the company to pay for the cleanup, which could take years. According to a report by ‘The Hindu’, Russian officials believe this ecological catastrophe was caused when long-frozen permafrost under the fuel tank melted and gave way. The officials have also ordered a review of infrastructure in vulnerable zones.

Major civil protests and demonstrations erupted in the United States after the death of an African-American man, George Floyd, at the hands of the police in Minneapolis. Although this moment of global unrest has come during the pandemic, the issue itself is not new. These protests (now spread all over the world) have thousands protesting the insidious and overt practise of racism still prevalent. Through the Black Lives Matter Movement, people have come out in solidarity to denounce police brutality and seek reforms after a long line of deaths of African-Americans at the hands of law enforcement. These protests and vigils inspired by the ones in the US have become a global call to end racism and police brutality in their own countries.

This pandemic has unleashed a state of social and global unrest resulting in anti-lockdown protests in several countries of the world. This is due to a potentially steep rise in poverty, unemployment, and inequality notes a report in the Washington Post. UN Secretary-General António Guterres notes there is a risk of “an increase in social unrest and violence that would greatly undermine our ability to fight the disease”. According to the report, these restrictions have been aimed at halting the coronavirus, but are also causing “new poverty, new misery and new rumblings of discontent” among the world’s working poor. For this particular section of society, hunger is more of an immediate danger than being infected by the virus.

These demonstrations are taking place in developing countries such as Kenya and Lebanon, as well the USA and Italy. While there are many conservative groups that are organising anti-lockdown protests in several US states, in Kenya, it was reported that as many people had died in police crackdowns on citizens defying curfew as from COVID-19.

The Washington Post reports that as one of Europe’s worst-hit countries Italy, lifted its restrictions in the south, it led to a crime wave that compelled police to guard supermarkets. These markets were targeted for robberies by hungry citizens.

How Can We Best Navigate Through Social Unrest?

The UN chief has warned that “the pandemic also poses a significant threat to the maintenance of international peace and security, potentially leading to an increase in social unrest and violence that would greatly undermine our ability to fight the disease”. In such times, it is okay to feel overwhelmed, confused, and scared. We are all trying our best to navigate through these uncertain times and such matters of global unrest and compounding issues can make us feel lost. There is also a matter of what we need to pay attention to, how we can help or what we can do. Our first step is to be aware of these issues and how it affects different people and nations. This will help us understand what matters need our attention and how we can try and help. In the meantime, don’t forget to take care of yourself.

Also Read: Create A Wellness Retreat At Home With These Easy Steps