More
Home Topics of Interest Bucket List What To Do In The Historic Town Of Sirmione, Italy? 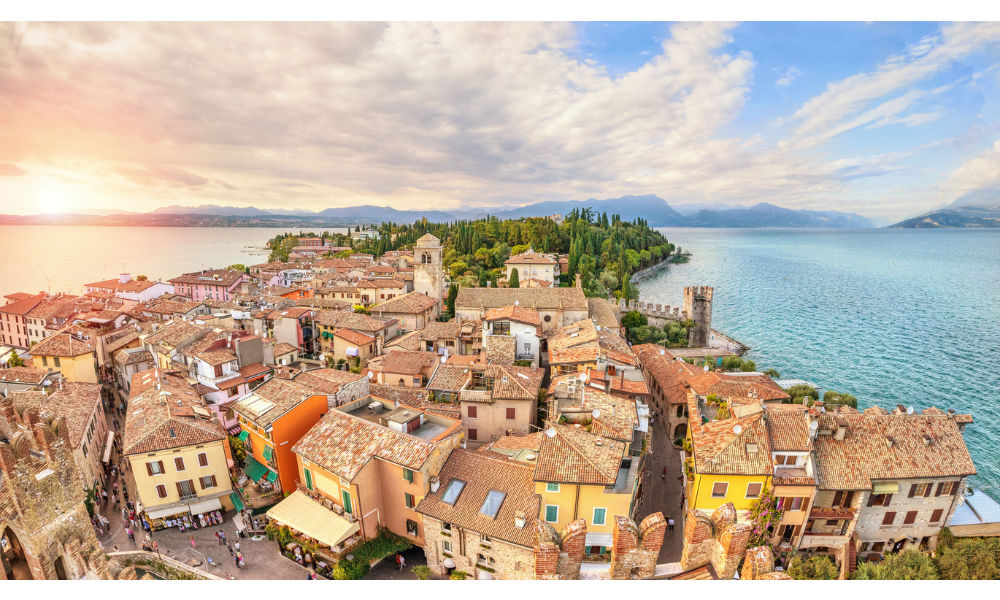 The little picturesque town of Sirmione is built on the end of an impossibly thin peninsula. It extends into Lake Garda between Desenzano del Garda and Peschiera in Northern Italy. It was described as “the pearl of the islands and peninsulas”, by a Latin poet, Catullo. The town comes under the province of Brescia, in the Lombardy region of Italy. Visit Lake Garda’s prettiest historical village for its pedestrianized historical centre, for a dip in its thermal springs and its thirteenth-century castle.

The town is connected to other resorts on the lake by ferry. The ferry jetty is located in the historic area in the Piazza Gisose Carducci.

Acting as an important centre of power during the medieval times due to its unique peninsular position, the meridional city controlled traffic in the southern part of the lake. Enjoy a relaxing vibe while strolling through the town’s winding streets and narrow alleys. Here, we have compiled a list of things you absolutely should not miss while you are visiting this town:

This 13th century Scaliger Castle was built right at the entrance to old Sirmione. It is one of the best-preserved castles in Italy. This rare example of medieval port fortification was originally constructed as a protection for the low Lake Garda and for the fleets in the harbour. The fortress today is surrounded by the still waters of Italy’s largest lake. This lake has three towers and a 47 metre-high main tower. It guards the only bridge into town and looms over the scene with its impressive crenellated turrets and towers. Visitors can cross the drawbridge of this magnificently restored castle into the central portico. Here you can climb up 146 steps to the top that’ll lead you to beautiful views over Sirmione’s rooftops and the enclosed harbour.

The castle’s vast portico is also home to a lapidarium and a small exhibition of the castle’s history.

The ruins of 1st century AD Roman villa are known as “Grotte di Catullo” (Catullo’s Caves). These are set on the last of the three hills of Sirmione. These excavated ruins (scavi) in this picturesque complex will leave you stunned with the teetering stone arches and tumbledown walls, some even three storeys high. Being the largest domestic Roman villa in northern Italy, it occupies 2 hectares at Sirmione’s northern tip. It takes you back in time as you wander through the ruined walls and admire archaeological finds.

Situated at the headland on the tip of the peninsula, it also offers 360-degree vistas of the surrounding waters from its terraced hillsides. Also, a wonderful olive grove with magnificently gnarled ancient trees.

The Church of San Pietro in Mavino

Sirmione’s oldest church, the Church of San Pietro in Mavino was built in the 8th-century. It was renovated in the 14th-century. Although it was constructed during the time of the Lombards, the church contains frescoes dating from the 12th to the 16th centuries. And also, a bell tower from 1070. While the surrounding area of the Church was formerly used as a cemetery, it was settled in the 19th century. From 1955 the churchyard bell referred to as “Julia,” recalls with her sonorous tolling, the victims of the two world wars.

The Church is located on the tip of the peninsula of Sirmione del Garda on top of a hill and overlooks the entire lake. You can also combine your visit to Catullo’s Grotto with The Church of San Pietro in Mavino as it is sited adjacent to the local war memorial on a hill above the scavi.

The Church Santa Maria Maggiore (Saint Mary of the Snow) is a late 15th-century Catholic Church. Also known as Saint Mary of the snow, Sirmione’s parish church is located in the heart of the old town. The stone building rests on the northern flank of the medieval fortification walls that enclose the village to the north.  It was constructed with pieces of the previous church and the nearby cemetery. There are also bright votive frescoes covering the walls and a wooden statue of the Madonna dating back to the 1400s inside. The interior has a single nave with five altars. It is reached by the five-arched portico. One of them is dedicated to the emperor Julian the Apostate who lived during the 4th century. The exterior of the building is also known for its terracotta decorations.

Upon leaving the church, stroll through the churchyard, you’ll find a memorial stone dedicated to Jupiter that is used as a collection box for the poor.

Situated very close to the Archaeological Area of the “Catullo Caves”, Jamaica Beach is like a little corner of paradise. Flat slabs of rock extend out of the waist-high water over here, making it a very different kind of beach experience. It’s best suggested to wear aqua shoes as the rocks can be slippery and sharp. It is fun to bathe, walk or lay into the clean and crystalline water at the beach. You can not only enjoy paddling in the small shallow pools but can also rent kayaks nearby.

Due to the easier access during the weekend and in summer, the beach is mostly crowded; so it’s better to plan and offseason for a relaxing vacation!

Visit this beautiful historical commune in the province of Brescia, in Lombardy (northern Italy) and do let us know about your experiences in the comments below!

Also Read: Visit The Charming Little Town of Atrani On The Amalfi Coast