More
Home Topics of Interest Bucket List How Many Of These Stunning Historical Places Have You Visited? 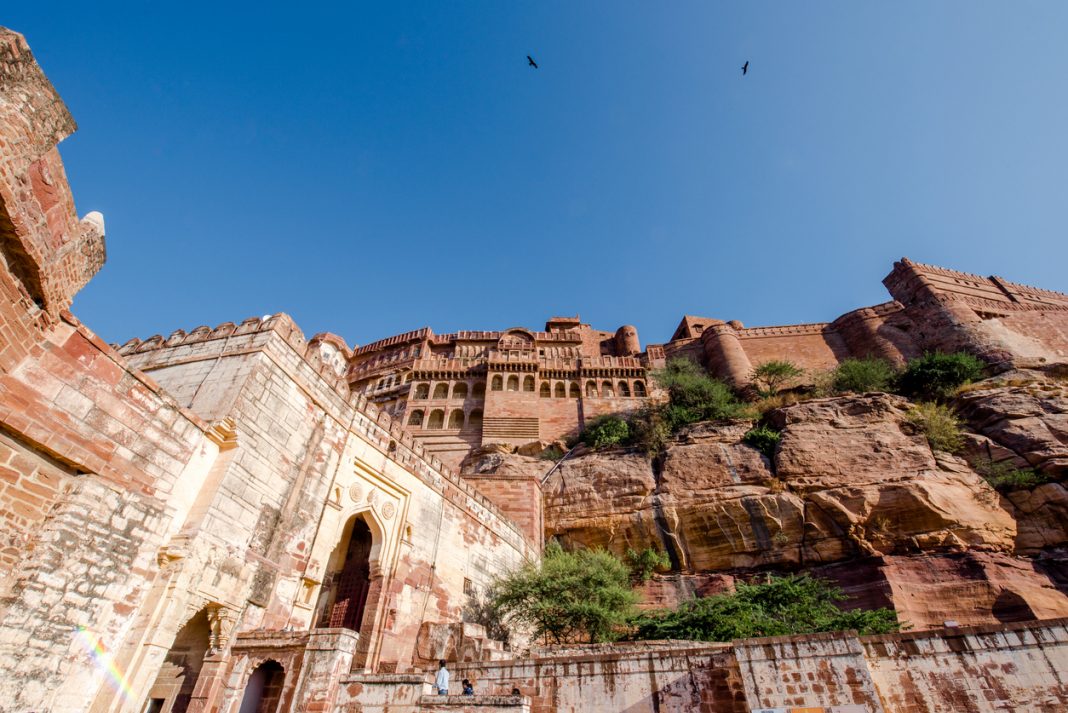 Over the millennia of years of human history, we have observed how the world is filled with mind-blowing man-made historical sites and wonders. And, to choose only a few from these amazing historical places is quite a challenge. All of these world heritage sites are nothing less than incredible. Built by ancient civilizations, each monument or landmark holds an integral piece of history. They not only capture the world’s imagination because of their beauty and human ingenuity behind them but also because of the distinctive window into the past that each everlasting location provides. But, don’t worry! You don’t need to be Nicolas Cage in ‘National Treasure’ or Indiana Jones to explore these pieces of history. If you are curious about glimpsing the past, here are our picks of the nine most stunning historical places in the world that are rightfully UNESCO World Heritage sites as well.

Take A Look At The Best Historical Places In The World

This magnificent Incan city is perched 2,430 metres above sea level between two towering peaks in the Andes. While the intricate stone ruins of Machu Picchu are the work of 15th-century Inca rulers, its natural setting is what makes it so alluring. As you reach the citadel, you’ll get to see the famous Huayna Picchu backdrop, lush green spreads and a barrier of Andean peaks, all making you feel like you’ve stumbled upon a secret. Set atop the flattened peak of a mountain, this Ancient Wonder of the World is thought to have been built to study astronomical elements. This historic site is also known for its sparkling granite walls, erected without mortar, and of course its spectacular views.

Also Read: A guide to trekking To The Famous Machu Picchu

2. The Largest Man-made Structure: The Pyramids At Giza, Egypt

You cannot have a list of the best historical places in the world without mentioning the pyramids of Giza. Constructed by the pharaohs Khufu, Khafre, and Menkaure, between 2550 and 2490 BC, these iconic monuments are recognised by UNESCO for their political and architectural significance. Built to last for eternity, the Giza Pyramid complex constitutes three large pyramids, three smaller pyramids, several cemeteries, a worker’s village, palaces, as well as the sculpture of the Great Sphinx. The pharaohs believed that they would become gods in the afterlife and therefore filled these pyramids with everything they would need for their lives there. However, these pyramids are now devoid of their treasures (they are now in museums or with private collectors across the world), but the structures are still a sight to behold. This historical place in Egypt is truly a marvel of human engineering, and hence known as one of the most famous tourist attractions in the modern world.

Also Read: Things To See In Cairo That Aren’t Mummies Or Pyramids

The sprawling temple complex of Angkor Wat was built by King Suryavarman II, of southeast Asia’s former Khmer empire in the 12th century. Comprising 12 main temples and scores of smaller structures, along with the largest religious monument in the world Angkor Wat, this temple complex is spread across approximately 400 acres in northwestern Cambodia.

The Angkor Archaeological Park, which was once the heart of the massive capital city of the Khmer empire, consists of a network of stone temples that are decorated with intricate carvings of devatas (Hindu deities). Located 3.4 miles north of Siem Reap, one can visit the UNESCO-protected ruins to see the many remnants from the Khmer empire, including forest villages that are still inhabited.

Also Read: See These Beautiful Hindu Temples From Around The World

You must’ve seen this historical site in many postcards and pictures. A UNESCO World Heritage Site, this stone and earth fortification was originally conceived by Emperor Qin Shi Huang in the third century BC. It took more than 2,500 years to build the complete Great Wall, which snakes almost 12,500 miles along China’s forested ridges. It was primarily constructed as a formidable protective barrier against invading Mongols. A marvel of engineering and a triumph of human ingenuity, the Great Wall Of China is the longest man-made structure in the world. The main body of this structure consists of walls, watchtowers, horse tracks, fortresses and passes.

5. The Rose City Of Petra, Jordan

This unfathomable 147-foot-tall facade chiselled into Jordan’s mountainside is all the more remarkable when you learn that it dates back to the first century B.C. Once the capital of the Nabataean Empire of King Aretas, Petra, also known as the Rose City, is one of the Seven Wonders of the World. The city, located in southern Jordan, was established sometime around the 6th century BC. It’s one of the world’s richest and largest archaeological sites, all carved in the region’s spectacular red sandstone. Set against a dominating red sandstone landscape, the city lives up to the hype with its honeycomb of hand-hewn caves, temples, and tombs. Don’t forget to check out the 4,000 seat amphitheatre, the El Deir monastery along with intricate tunnels and water chambers that show the enormous sophistication of the Nabataean people.

Also Read: The Top 10 Things To Do On Your Visit To Jordan

6. The Mystery Of Stonehenge, UK

Dating back to 2500 B.C.E., this prehistoric monument is still the topic of mystery and debate today. The reason behind the creation of this ring of 30-feet-tall standing stones is still unknown. Located in the English county of Wiltshire, this iconic monument is composed of a circular setting of large standing stones in the earth. It is at the centre of the densest complex of Neolithic and Bronze Age monuments in England, including hundreds of burial mounds. While some archaeologists believe that ancient Britons constructed the site for religious ceremonies, some believe that these structures were used to study the movements of the sun and the moon. Today, the structure is fenced off, and so you cannot go into the circle. However, you can take a walk around this historic place while listening to its impressive audio tour. Of these historical places in the world, Stonehenge is one of the most mysterious, as people are still trying to unravel what its purpose once was.

This small, remote volcanic island with rolling hills and a lush carpet of palm trees, is located  2,200 miles off the coast of Chile and is known for its 900 giant monolithic statues. The island was named by 18th-century Dutch explorers and is a special territory of Chile. These gigantic statues were chiselled around 900 years ago by the Rapa Nui civilization of eastern Polynesia ( the original inhabitants of this island) to pay tribute to their ancestors. These carved figurines, known as Moai are made from a soft volcanic rock called tuff. However, today no one knows how anyone managed to move the mammoth blocks of stone—each 13 feet tall and weighing 14 tons—to form these ceremonial structures around the island.

Also Read: Popular And Quirky Festivals Of Chile Worth Travelling For

8. The Largest Amphitheatre Ever Built: The Colosseum, Italy

Known as one of the most iconic sights of both Rome and the Roman empire, the Colosseum was built between 70 and 80 AD. While this spectacular structure was used for almost 500 years for gladiatorial matches, executions, battle reenactments, and other public spectacles, it has been inactive since the sixth century. Also known as the Flavian Amphitheater, the oval structure measures 620 by 513 feet and can host over 50,000 spectators, making it the largest amphitheatre ever built. Visitors from around the world come to admire the remnants of a civilization that once controlled most of the known world. The Colosseum is one of the most iconic Roman sites in the world, but today almost two-thirds of this historical place has been destroyed due to weather, natural disaster, neglect, and vandalism.

Also Read: Take A Virtual Tour Of The 7 Wonders Of The World

Universally admired, the Taj Mahal is an ivory-white marble mausoleum which was built between 1632 and 1648. This symbolic masterpiece was commissioned by the Mughal emperor Shah Jahan for his wife Mumtaz Mahal. Standing on the banks of the Yamuna rover  in Agra, the Taj Mahal is an outstanding example of Muslim architecture. This marvel was named a UNESCO World Heritage site in 1983, and is also one of the New Seven Wonders of the World.

Often called a monument to enduring love, the Taj Mahal complex includes stunning formal gardens, raised pathways, sunken flower beds, and an iconic reflecting pool. The white mausoleum glows in the golden rays of dawn and dusk, but in moonlight, it shines like a luminescent pearl.

Delve Into The Past With These Breathtaking Historical Sites

With the above mentioned historical places in the world, you get to experience a part of humanity’s story. You get a deep understanding of history, power, commonalities, and shared experiences. So plan a trip to visit these beautiful landmarks around the world and tell us all about your experiences in the comments section below!