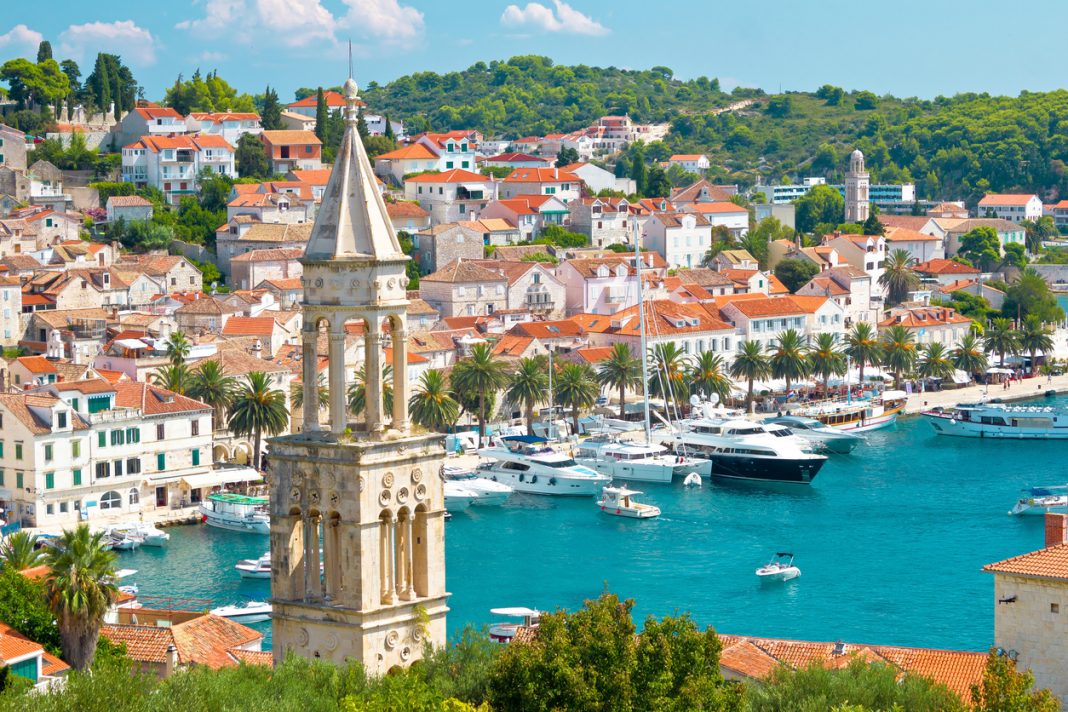 Hvar is a small island in Croatia off the Dalmatian coast. One of the most popular islands in the country, Hvar is considered the sunniest place in the whole region. Famous for its happening night life, serene beaches and spectacular landscape, it is the perfect place for a summer getaway.

As you walk around taking in the island’s beauty, you will be greeted with the fragrance of wild herbs. Explore the shores of Zaraće, Sveta Nedilja, Ivan Dolac, and Gromin Dolac for their pebbled beaches.The island stretches for just over 68 km from northwest to southeast. 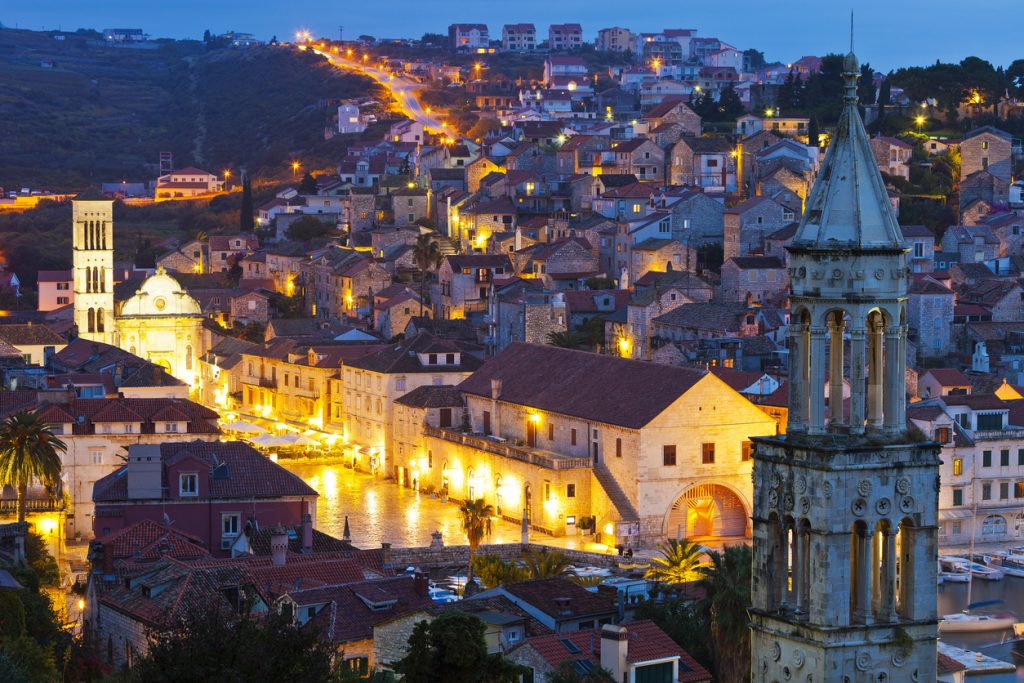 Hvar town serves as the largest settlement on the island and is also the administrative centre. Over decades, Hvar has seen several rulers including Illyrians, Greeks, Romans, Byzantines, Croatians. Each empire has left its impact on the island’s culture and lifestyle. The most distinctive highlights of this beloved island are its 13th-century walls and a hilltop fortress. The main square of the town is called Pjaca and it is the largest square in whole of Dalmatia.

What to see in Hvar

Hvar town is famous for its large town square that features Arsenal building, St. Stephen Church and a small port. The old town area is overlooked by a 16th-century Spanish Fort (Fortica).

Hike your way to this beautiful, secluded beach with calming blue waters. There are two bars that serve drinks and food. It’s the ideal place to laze around and soak in the sun.

Stari Grad is the oldest settlement on the island and was established in 384 BC by Greek colonists. It has a rich history with several churches, palaces, and cobblestone streets that you can see.

Declared a UNESCO World Heritage Site in 2008, Starigrad Plains is a fertile agricultural land, east of Stari Grad. It has been cultivated since ancient times and has maintained the same layout that was set by Greeks in 4th century BC.

What to do in Hvar

Go on a wine tour

Wine has always been an important part of the Hvar economy. The best way to acquaint yourself with the culture in Hvar is to set out on a wine tour. You can either plan a tour alone or opt for a guide. Several guided tour options for half day/full day are available. Popular wine-producers are Zlatan Otok, Tomić Wines, PZ Svirce, Plancic Brothers, and others.

You can’t come away from Hvar without being a part of the exhilarating party scene! Carpe Diem, Hula Hula, Kiva, or Ka’Lavanda are some places you can go partying and have some crazy fun!

Abandoned seaside villages are peppered around Hvar. They were abandoned by inhabitants who moved closer to the coast. These historical sights offer a glimpse into Hvar’s past. Some famous abandoned villages are Malo Grablje and Humac.

Experiment with the local cuisine

Transport and Accommodation in Hvar

Split and Dubrovnik in Croatia are the closest airports to Hvar island. Once you reach either one of these airports you can take a ferry to the island. The easiest way to travel around Hvar is either by car or by scooter. The main island road connects all the major towns of the island including Hvar, Stari Grad, Jelsa, Vrboska, and Sucuraj.

Given that Hvar is a popular tourist destination, there are lots of hotel options available for you to stay at. These include Amfora Grand Beach Resort, Adriana Spa Hotel, Villa Riva among others.

Hvar has warm, sunny weather for most of the year. Winters are usually mild. Therefore, you can choose to travel to Hvar whenever you like! The main tourist season is from late June to early September, with the last week of July being the busiest. If you want to avoid the huge crowds, visit Hvar island in the second half of September or early October. This is when the weather is at its best and the crowds are limited.

Any other Croatian islands that are great places for getaways? Let us know in the comments below!