More
Home Topics of Interest Food & Drinks Mango Varieties In India And Where To Find Them. 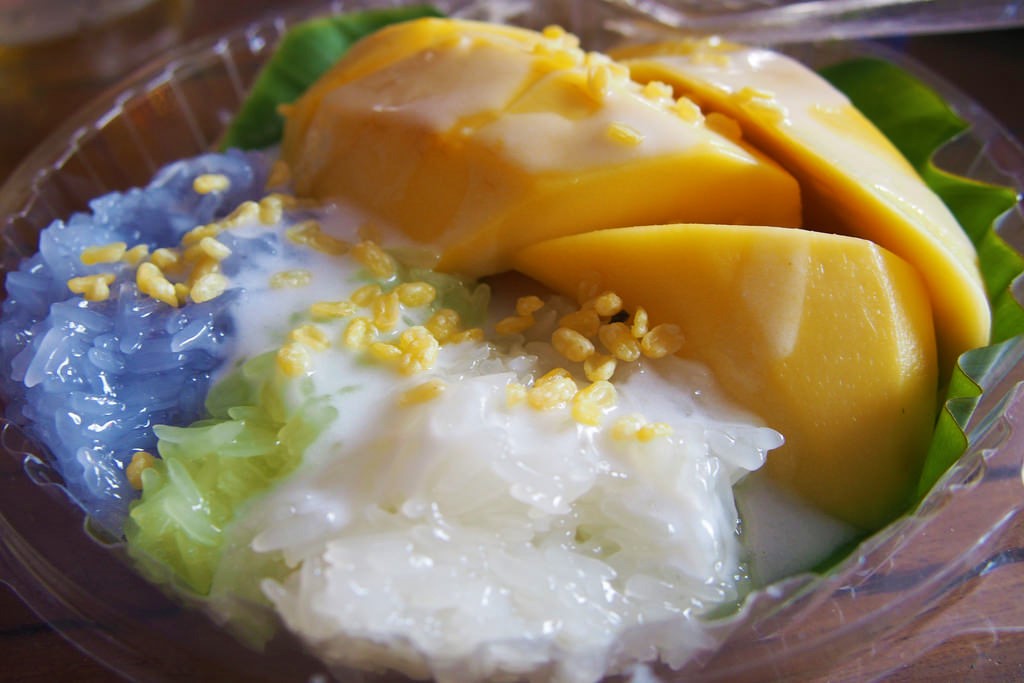 Mangoes are juicy fruits and are aptly called the king of fruits. During the hot Indian summer season, there is nothing better than the delicious mouthwatering mangoes to beat the heat. India has amazing varieties of mangoes that are available from mid-April to August. Each variety has a distinct taste, shape, and color to satisfy the taste buds of every mango lover. Here is a brief description of some of the best mango varieties in India.

The Alphonso mango is one of the most expensive Indian varieties of mango known for its sweetness, richness, and flavor. The Portuguese while in India produced this variety through grafting on mango trees and it is named after a Portuguese military general by the name of Alfonso de Albuquerque. The fruit variety is medium in size, ovate oblique in shape, orange-yellow in colour, and is mainly grown in Western Indian states.

Badami is an exquisite mango variety, similar to Alphonso and grown mainly in the state of Karnataka. Badami is one of the best of mangoes grown in India known for its delicious taste, as it is almost totally fibreless. The fruit has pale yellow, thin skin through which it is easy to detect the softness of the flesh.

Chaunsa is considered one of the best varieties of mangoes in India in terms of its rich aroma, taste, and juicy pulp. The fruit has a golden-yellow colour when it is ripe, is almost fibreless, and has an aromatic, pleasant, sweet flavor which makes it a favorite of mango lovers. Chaunsa’s variety of mangoes is mainly grown in the state of Bihar and Uttar Pradesh. It is said this variety of mango was originally made popular by Sher Shah Suri and the name ‘Chaunsa’ was given by him.

This variety of mango, it is said, is named ‘Langra’ (meaning lame) as it first appeared in the orchard of a lame man in Varanasi, Uttar Pradesh. The Langra mango is primarily grown in Uttar Pradesh and Bihar and harvested during the last half of July, after the monsoon. This variety of mangoes are oval-shaped and retain a greenish tinge while ripening. Langra mangoes taste both sweet and a bit acidic.

Dasheri is a sweet and fragrant variety of mango grown in North India, mainly in Uttar Pradesh. In fact, Malihabad in Uttar Pradesh is the largest producer of the Dasheri mango in India. The name of this variety of mango is derived from the name of the village “Dasheri” near Kakori in Lucknow district from where this mango type is said to have originated in the 18th century. The mother plant which still exists in the Dasheri village is around 200 years old and bears fruit every alternate year.

Himsagar mango is an early-season variety of mangoes that ripens in May and are available in the market from the second week of May till the end of June. It is widely grown in West Bengal and is extensively popular for its flavor. This variety of mango is of medium size, ovate to ovate oblique in shape and yellow in color. It is also known as Khirsapati.

From West Bengal, we move to the southern states of India to taste a uniquely flavored mango variety of India. Benishan mango grown chiefly in the state of Andhra Pradesh gives you a deep, slightly tart flavor with slight accents of cinnamon, pepper jackfruit, and another Indian mango-like Alphonso. Also known as Seeri the fruit is medium-sized with thin skin ranging in color from green to yellow. Benishan mango when ripe is fibreless, ranging in color from yellow to golden-yellow to orange-yellow. The pores in the skin have a distinct whitish coloration.

Another variety of mango of South India widely known for its unique taste is the Imam Pasand mangoes grown in Andhra, Telangana and Tamil Nadu states in India. It is large in size and is available only during the months of May to June and each mango could grow up to 800 grams. As the name suggests it is said to have been the fruit choice for India’s royalty. The aftertaste of Imam Pasand mango is quite different from other varieties of mangoes, with hints of coconut and lime.

Totapuri is one of the significant varieties of mangoes of India with distinct taste and aroma, grown in the state of Karnataka. The city of Bengaluru is famous for its Totapuri mangoes and it is available from May to July. This is one of the mango varieties in India that are medium-sized and greenish-yellow in colour. Totapuri mangoes are also known as Bangalora or Sandersha mangoes.

Lakshmanbhog mangoes available in the months of June and July are exclusively grown in the Malda district of West Bengal. This variety of mango has gleaming golden reddish skin and is popular because of its right amount of sweetness.

One of the larger varieties of mangoes in India is the Fazli mango, the weight of each of which goes more than a kilo. The fruit being large provides lots of pulp with the right amount of sweetness that makes it a popular variety. Fazli mangoes are mostly grown in and around the city of Malda in West Bengal.

Gulab Khaas Mango is a delectable fruit available between May and June in abundance in states of Bihar, West Bengal, and Jharkhand. This variety of mango has a blushing pink or red skin and exhibits rosy flavor and tastes that make it a much sought-after variety. Gulab Khaas is one of the mango varieties in India that has a non-fibrous pulp and is often used to prepare mango-based desserts.

These are just some of the varieties from about 1500 varieties of mangoes grown in India. India has the best weather for growing mangoes and “Mango Festivals’ are also held every year in different places to showcase the different varieties grown in India and their health benefits. Mangoes contain antioxidants and as such are beneficial to maintain good health and fight diseases. The properties in the fruit protect our body against numerous types of cancer. Mangoes contain high level of Vitamin C, fibre and pectin that help in controlling cholesterol level. Mangoes are also loaded with Vitamin A which improves eyesight, prevents night blindness and dry eyes. However, if you are a diabetic, it is important to practice portion control to avoid spike in sugar level since 90 per cent of the calories present in this yellow fruit comes from sugar.