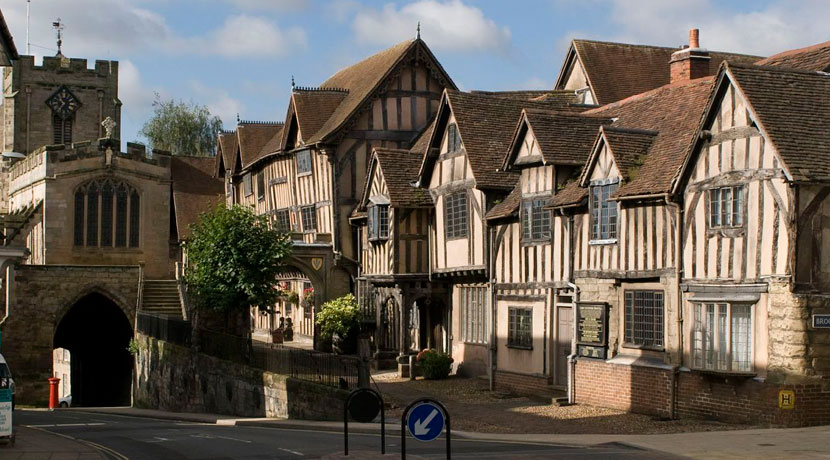 Most people know that the UK is full of amazing historical churches, castles, and palaces. However, it is also full of medieval cities that still retain much of their picturesque charm. They offer a fascinating peek into medieval Britain and the knights, ladies, kings, and queens who once inhabited it.

One of the oldest English towns, Warwick was established by the Anglo-Saxons in the 10th century to defend against the Danes. A magnificent castle sits on the banks of the Avon. It was started by the Normans in 1068 and developed up to the 14th century. The spectacular Perpendicular Gothic Beauchamp chapel and the medieval East and West gates also still stand in the town.

Established in the 12th century, Oxford is perhaps best known for its excellent university. However, it is also one of England’s most beautiful medieval cities. Its colleges were built with royal and ecclesiastical funds, allowing for their grand scale. Over the centuries it has been home to many notable people. From Wordsworth and J. R. R. Tolkien to Richard Dawkins, princes, world leaders, Nobel Prize winners, and top artists have all called Oxford home.

Read more: 6 places you absolutely have to see at Oxford

Steeped in history, Chester is a medieval city with Roman origins. Its 2000-year-old Roman fort, city walls, and amphitheatre are still visible today. But, the most spectacular sight at Chester is its medieval two-tiered shopping walkway. With its distinctive red stone, its bright colour adds character to the city.

Inhabited by everyone from the Romans to the Vikings, York has a truly diverse and rich history. Once the capital of both Northumbria and Jorvik, its distinctive architecture and supposedly haunted sites make it a must-see. It is also home to the spectacular York Minster whose Great East Window is the largest medieval stained glass in the world.

Located near the border between England and Wales, Ludlow has been of strategic importance for centuries. It played a major role in the rebellion of Owain Glyndwr and the Wars of the Roses. The medieval walled town is one of the most unspoilt in the country, and the 11th century Ludlow Castle holds numerous festivals and fairs. Don’t miss the famous Feathers Hotel.

Much like Oxford, Durham is a university town. Its Cathedral and Castle are among the greatest in England. The city was born when, in 995 AD, the monks of Lindisfarne settled here, carrying the relics of Saint Cuthbert to protect them from the Vikings. Durham was ruled by Prince Bishops until the 1800s. Also reminiscent of Oxford, many scenes from the Harry Potter films were shot here.

If you haven’t had enough why not visit Winchester, said to be the resting place of King Arthur’s Round Table, or Bath, which was mostly rebuilt during Georgian times.