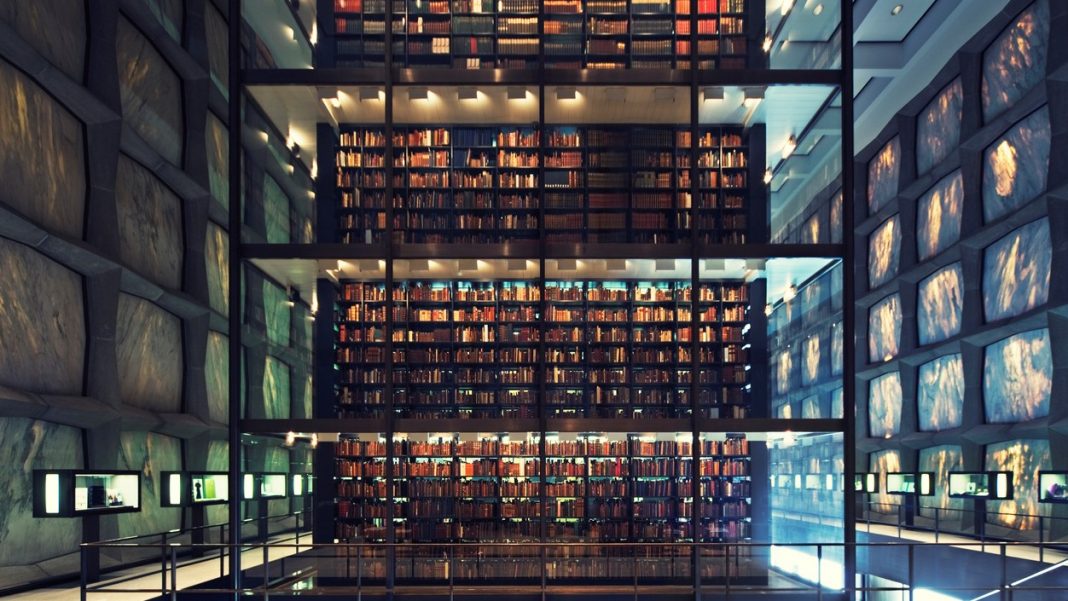 The world is full of stunning libraries, while we may have already looked at some of the most beautiful libraries around the world, there are plenty of others. Libraries are inviting cultural spaces, whether they are filled with gilded works by old masters or light-filled, modern comforts.

From sleek modern interiors to gilded renaissance masterpieces and medieval reading rooms that look like something out of Hogwarts, here are 15 more of the most beautiful libraries around the world:

The 18th century National Palace of Mafra, located to the north of Lisbon, was originally meant to be a modest Franciscan monastery. However, it soon evolved into a lavish palace with over 1,200 rooms. The most magnificent of these is the Rococo-style library. Designed in the form of a cross, it holds over 40,000 priceless gold-embossed books. These include the first true modern atlas; a trilingual Bible; and a prized first edition of Os Lusíadas. These valuable books are kept free form insect damage by a colony of homing bats that live in the eaves.

The Stuttgart City Library (or the Stadtbibliothek Stuttgart) may look like a monolithic cube from the outside, but its dramatic interior is filled with wondrous delights. The library was moved to this new building was designed by Eun Young Yi in Mailänder Platz in 2011, and features an all-white interior, a five-story reading room shaped like an upside-down pyramid, and various cafés and terraces.  It also has a “Library for Insomniacs,” where small selections of books are available all night long.

This beautiful reading room in Amsterdam’s famous Rijksmuseum houses the country’s oldest and largest collection of book on art history. The shelves of the recently restored 19th-century library are stocked with thousands of manuscripts, books, journals, and periodicals along with various art catalogues. The reading room is open to tourists, students, and art historians alike.

The Library of Congress is considered the de facto national library of the United States and is the oldest federal cultural institution in the country. Housed across three buildings on Capitol Hill in Washington, D.C., it was originally moved to the city in 1800. However, fires in 1814 and 1851 destroyed large portions of its collection.The library slowly rebuilt and expanded over the years. Today, it holds that its “collections are universal, not limited by subject, format, or national boundary, and include research materials from all parts of the world and in more than 450 languages.” The library receives two free copies of every book, map, chart, musical composition, engraving, print, and photograph submitted for copyright in the US, with over 12,000 items added to the collections daily.

While it may not be among the most beautiful libraries on this list, the British Library in London is worth a mention just for the sheer size of its collection. With an estimated to contain 200 million+ items from many countries in various languages and formats, it is considered the largest library in the world (along with the Library of Congress). The library is a legal depository; meaning that it gets a copy of every publication produced in the UK and Ireland. It along gets many international books distributed in the country. It is located near St Pancras Railway Station and features numerous bronze sculptures and rare manuscripts.

While Prague’s Strahov Library might be better known, the baroque Klementinum library is just as spectacular. It was built as part of a vast 17th century Jesuit complex. The beautiful ceiling frescoes are meant to mimic sweeping domes ceilings. The rest of the space is filled with carved wooden Corinthian columns, scalloped balconies and antique globes. The library’s collection also holds over 20,000 books.

Oxford’s Queen’s College Library is considerably smaller than the Bodleian Library but is famously beautiful. It was constructed at the end of the 17th century, and soon became a focal point for the College. It has over 120,000 items spread across the Upper and Lower Libraries. However, a modern extension was built in 2017.

The State Library of South Australia, located in Adelaide, is one of the largest in the country. It is known for its “South Australiana” collection, documenting South Australia from pre-European settlements to the present day. The library’s famous Mortlock Wing was opened in 1884. Inside, its two storeys are decorated with ornamented wrought iron and gold balconies. There is also a glass-domed roof which allows in natural light.

The National Library of St Mark’s in Venice is one of the oldest surviving libraries in Italy. This Renaissance building holds one of the greatest collections classical texts and public manuscripts in the world, with over 750,000 books; 13,000 manuscripts; and 24,000 prints. It is located near the iconic Piazza San Marco and was designed by Jacopo Sansovino. However, Construction on the magnificent library began in 1537 and continued for over 50 years, well past Sansovino’s death. It is also decorated with masterpieces by artists like Alessandro Vittoria, Titian, and Tintoretto. Much like the British Library and the Library of Congress today, the Biblioteca Nazionale Marciana profited from a 1603 law that required printers to donate one copy of every book printed at Venice to the library.

The beautifully designed library at the Musashino Art University in Tokyo was designed by Japanese architect Sou Fujimoto. Covering 26,900 square feet, it is made entirely of wood bookshelves walled in with glass. The spiral-shaped design of the building implies a new relationship between the user and books, surrounding and sheltering visitors with them. The building also houses a museum, a folk art gallery and an image library.