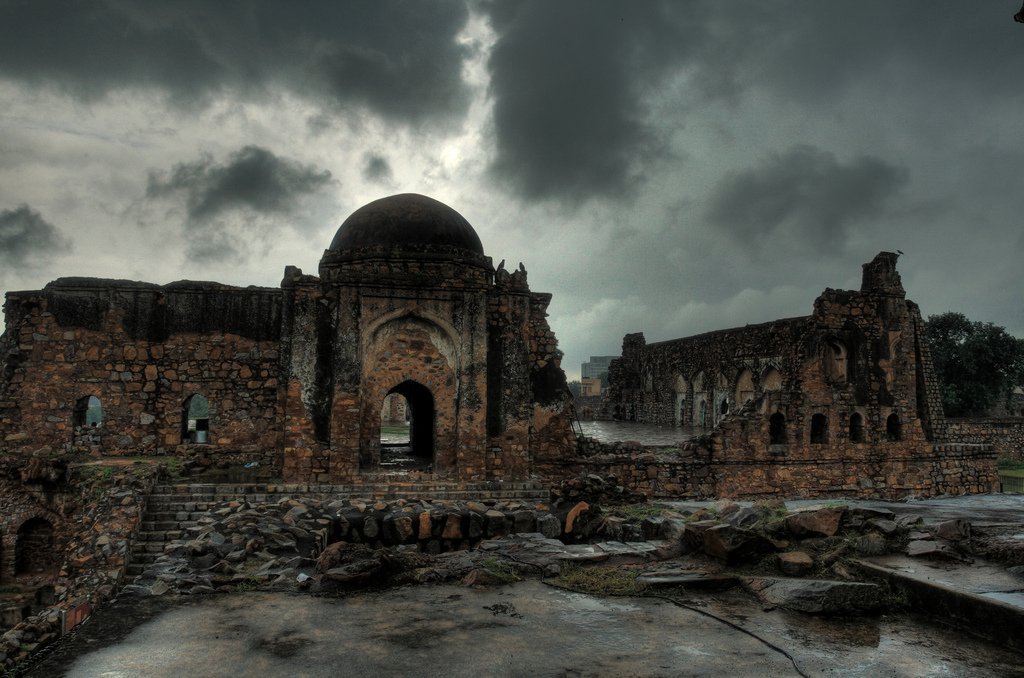 Human life itself is a mystery so is its vast surroundings that keep you puzzled with many of your logical questions unanswered. India is a fascinating land with ancient rich civilization, heritage, culture, and equally astounding places within to mystify you. As it is said ‘seeing is believing it will be no less an experience to cherish to visit some of these mysterious places in India found across the land as placed before you here.

Proceed To See The List Of Mysterious Places In India

In your pursuit of the Mysterious places in India, you can begin your journey with Jatinga a small village in Assam famous over the world for a mysterious phenomenon about hundreds of migratory birds committing suicide every year during the late monsoon months. This happens every day right after sunset when these birds fly to their death hitting against trees and buildings of the location. Ornithologists have tried to reason out with the theories of the birds getting dazed due to high altitude but there is no explanation as to why these birds fly at night and get trapped in the same place every year. You can board a flight to Silchar airport and make the rest of the journey of 100 km by road to reach this mysterious place.

Proceeding on your journey to explore the Mysterious places of India, board a flight to Calicut, and travel by road for 35 km to reach Kodinhi a small village in the Malappuram district of Kerala. This mysterious place has come into the international spotlight because of an unusually large number of twin births that are regularly reported here. Kodinhi, also known as ‘Village of twins’ has more than 200 pairs of twins and several sets of triplets. What is more mysterious is that women from Kodinhi who are married outside the village also have experienced multiple births. Researchers are yet to find a valid answer to the special phenomena of this mysterious place in India though many theories have been put up.

The Magnetic Hill of Leh: Ladakh

This magnetic Hill, located at an altitude of 11,000 feet above sea level in Ladakh is one of the most unusual and mysterious places of India to visit. While enjoying the enchanting hills and scenic beauty of Ladakh while on this magnetic hill you will be surprised to find your car driving up hills on its own with the engine turned off, defeating normal logic. This thrilling and unusual experience, it is said, is due to the optical illusion created from the hill’s gravitational pull but still, it fails normal human logic.

The Abandoned Village of Kuldhara

Rajasthan The Village of Kuldhara is amongst the best places to visit while you are in Jaisalmer to experience the mysteries of India. The village was inhabited about 2 centuries ago by Paliwal Brahmins who it is said fled the village overnight and has been abandoned ever since. The Village now is barren land with empty houses, broken structure, and an old temple, as no one has been able to resettle themselves there. It is said the rightful inhabitants of Kuldhara left a curse on the village that those who try to settle here are chased away at night by ‘spirits’ and even the tourists who visit Kuldhara village experience uneasy feelings. Next time you are on a desert trail to Rajasthan and are feeling adventurous make sure to experience this mysterious place of India.

For your next destination in pursuit of mysterious places of India, you have to pay a visit to the beautiful 16th century Veerabhadra Temple, dedicated to Lord Shiva, located in a small village in the Anantapur District of Andhra Pradesh about 120 Km from Bengaluru. The temple presents to you a typical style of Vijayanagara architect that features many exquisite sculptures of gods, goddesses, dancers, and musicians and hundreds of paintings all over the walls, columns, and ceiling depicting stories from the epics of the Mahabharata, the Ramayana, and the Puranas. But the Temple is famous as one of the most mysterious places in India because of a hanging pillar within the temple. Among the 70 stone pillars, there is one pillar that hangs from the ceiling without any support. The base of the pillar barely touches the ground and you can pass thin objects like a sheet of paper or piece of cloth from one side to the other. Call it an engineering wonder or mystery, people believe passing an object under the pillar would bring prosperity in their lives.

The Levitating Stone at Shivapur: Maharashtra

From Shiva Temple of Lepakshi, you can proceed to the Shrine of Qamar Ali Darvesh, a Muslim Sufi Saint, located in Shivapur, a small village about 180 km east of Mumbai to witness mysterious India enshrined here in the levitating Stone. The Shrine is listed as one of the mysterious places in India and features an ancient stone about 800 years old, that reportedly weighs 90 Kgs. Lifting this stone off the ground would normally require a lot of strength but an interesting fact about the stone is if 11 people touch the stone with their index finger and shout the name “Qamar Ali Darvesh” the stone rises in the air magically. It is believed that the Sufi saint Qamar Ali placed a curse on the stone being used for bodybuilding as he was ridiculed by people of his clan for not taking interest in bodybuilding like others.

Aleya Lights in Swamp and marshes of West Bengal

West Bengal marshes are amongst the most mysterious places in India because of the sightings of strange lights of different colours hovering over the waters during the nights. Referred to as ‘Aleya Lights’ this unexplained phenomenon is often a nightmare for fishermen who very often due to confusion created end up losing their way and even lives. Though scientists suggest that these lights are essentially ionization of methane over the marshes produced from the decaying organic matter found in the waters the fishermen believe the lights to be spirits of the dead fishermen who haunt the places often endangering their lives and even saving them sometimes.

Bhangarh Fort is Dubbed as the most haunted place in India. The Fort is located on the border of the Sariska Tiger Reserve in the Aravali range of hills in the Alwar district of Rajasthan. Due to paranormal activities within the fort during the night, the Archaeological Survey of India has put up a sign prohibiting entry before sunrise and after sunset. People claim to have heard Bhangarh ghosts’ screams, voices of women crying, sounds of bangles in the rooms, and eerie smells after dusk. There are reports of ghostly shadows, strange lights, and unusual sounds of music and dance. Many brave hearts who dared to stay back in the fort after dusk have failed to appear alive the next morning. In spite of this phenomenon, the abandoned Bhangarh Fort is a popular tourist destination. Decently preserved, for the most part, Bhangarh’s ruins today present several impressive structures that include many temples, public chambers, Havelis/mansions, Nachni ki haveli, and the royal palace. These structures adorned with intricate carvings and sculptures are proof that the Fort is worth visiting. Several legends surround the situation under which it is believed the fort complex was abandoned. The mystery surrounding this place makes it one of the most mysterious places in India.

What’s Your Thought About These Mysterious Places In India?

So, if you are a traveler who wants to experience a journey filled with experiences that are out of the ordinary these are the best destinations for you. Make sure you let us know of these travels in the comments below.

Also Read: Would Your Dare Visit The Most Haunted Places In The World?