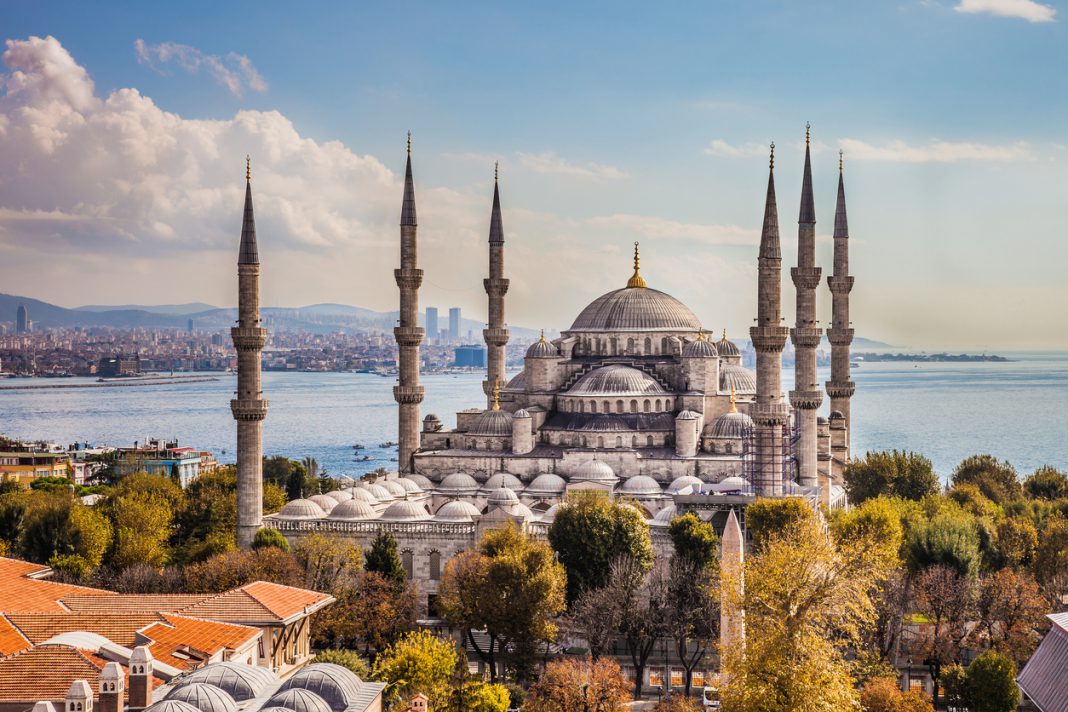 Modern Istanbul is the heart of one of the earliest human settlements. Starting from the advent of Greeks, it was later colonized by Romans and renamed Constantinople, a name whose fame spread far and wide. It then became the capital as well as the centre of trade of the next conqueror, the Ottoman Empire, in the middle of the 15th century. Until that is, the Republic of Turkey was founded in 1923 and its native name ‘Istanbul’ was restored and the capital was moved to Ankara.

The reason for this history lesson is that Istanbul is a city that despite its modernity still maintains semblances of all the empires that once ruled it. The art and architecture and culture are amalgamations of different eras with the strongest influence being the Byzantine (Roman) and Ottoman rule.

Here are some sights and places in Istanbul that merge the old with the new:

Imagine you were here in the 15th century of Ottoman occupied Constantinople – a trader from the west perhaps. You find yourself fascinated by the busy sounds, the smells, the hollering of vendors, the chitchat among buyers haggling over bales of cloth. Now, time travel to the 17th century as the market received its final shape when the Ottoman rule ensured control over the roads leading to Asia and Europe and made this the hub of Mediterranean trade; you can get herbs, spices and tea, carpets and upholstery, jewels and garments, and many many things. And then finally you make it to the 21st century and despite some pitfalls along the way, there will not be much of a difference in terms of business and what you can purchase (except that you can no longer buy slaves, which is good progress).

One of the largest and oldest covered markets in the world and touted as one of the first “shopping malls,” the Grand Bazaar houses over 4,000 shops spread across 61 covered streets.

Located in the Fatih District inside the Wallad city of Istanbul, this place is easily accessible by trams.

Fatih District is pretty much the historical Constantinople or “real” Istanbul. You can find the Golden Horn, the Sea of Marmara, the Theodosian Wall and the Bosphorus Strait bordering Fatih in the north, south, west and east, respectively.

The Golden Horn is an estuary where the Bosphorus Strait meets the Sea of Marmara. It has been featured in works of art and fiction and is famed for its deep, natural harbour. The Theodosian Wall is one of many walls built to protect the city against invader attacks. The famous double line of this wall was built in the 5th century and despite lack of maintenance parts of it still survive to this day.

The Bosphorus Strait again has ties to history and currently features 620 Yalis (waterfront houses) and serves as a viewpoint for several buildings and landmarks. Apart from this, current Fatih houses some cosmopolitan neighbourhoods, universities, and a mix of historic as well as modern libraries.

Is a church turned mosque turned museum. Talk about constant makeovers! Probably one of Istanbul’s most famed attraction, it is the epitome of Byzantine architecture with interiors made of marble and mosaic. It was the world’s largest cathedral for about a 1000 years till it lost its position to the Seville Cathedral in Spain. The famed wishing or crying column can be found here, it goes by many such names and is claimed to have supernatural powers. The column is damp to the touch and the belief is that the moisture cures illnesses.

A lot of the architecture in Istanbul is a mix of all the empires that once ruled it. Apart from these places, there are tons of other sights to see, such as castles and Ottoman architecture fortresses like the Anadoluhisari and Rumelihisari.

So why not take a trip down the history lane by visiting this enchanting city?

25 places you must visit in Turkey
Customs and traditions of Turkey to keep in mind
You’ve Heard of Baklava, Now Try These 11 Traditional Turkish Desserts!