More
Home Topics of Interest Travel Guides Have You Been To The Oldest Cities In The World?

Have you ever wondered when and where the first human settlements are located? While scholars have long argued which is the oldest city among them, there are a handful of cities thought to be strong contenders. These ancient cities saw entire civilizations and empires come and go, and therefore have more tales engulfed with rich cultural heritage to share. Their intriguing history and beautiful architecture will showcase the imprints of evolving human civilisations. So, let’s see ten of the oldest cities in the world.

The Oldest Cities In The World That Have Stood The Test Of Time:

Greece’s capital city Athens is one the oldest cities in the world with continuously inhabitation since between 5000 BCE- 4000 BCE. The city used to be a powerful city-state in ancient Greek civilisation, and has been referred to as the “birthplace of democracy” and the “cradle of Western civilization”. However, the oldest traces of human presence dates back to 11000 BCE- 7000 BCE. The city was completely destroyed on two different occasions, following the Dorian and Persian invasions that occurred in 1200 BCE and 492-490 BCE. Athens today is one of the most famous European travel destinations and the oldest capital in Europe. History lovers love to stroll around the city while visiting its historical gems that represent various empires such as the Roman, Byzantine, and Ottoman.

Also Read: 6 Incredible Things To Do In Athens That Won’t Cost You ANYTHING

2. One Of The Oldest Phoenician Cities: Byblos

This ancient port city is located on the coast of the Mediterranean Sea, around 42 kilometres north of Beirut. Byblos is the oldest city in Lebanon and has been continuously inhabited since at least 5,000 BCE. Originally known as Geba, Byblos was believed to be first occupied by humans in 8800 and 7000 BCE. The city today is a UNESCO World Heritage Site and is an archaeological wonder because of the successive layers of debris caused by centuries of human habitation. Byblos was where the first import of papyrus in Greece took place and therefore many believe the Greeks took the name of the city as their word for book – “biblos”.

Located in Argolis, the Peloponnese, Greece, Argos is probably the only town that can challenge Athens for the title of the oldest living city in Europe. The city has been continuously inhabited since around 5000 or 6000 BCE. Traditionally, Argos is believed to be the ancestral home of the Argead dynasty, the ancient Macedonian royal house, but according to research, the city remained neutral throughout history. It did not participate in the Greco-Persian Wars, but still had a strong presence in Greek history, and remains a wonderful site for visiting ancient monuments. Today, Argos is home to 22,000 residents.

4. Pearl Of The East: Damascus

The capital and the largest city in Syria, Damascus is located in the southwestern part of the country. The ancient city of Damascus was founded in the 3rd millennium BCE and is widely accepted as one of the oldest cities in the world. Locally known as Ash-Sham, this city is also one of the oldest cities in the Middle East. With the help of various excavation sites, archeologists have proven that Damascus was first inhabited sometime between 8,000 and 10,000 BCE. The city used to serve as the capital of the Umayyad Caliphate (661 to 750), as well as an essential commercial and political city in the region throughout the centuries after. Recently named the capital of Arab Culture (2008), Damascus has seen many great civilisations rise and fall. It’s the reason why the city has so many cultures including a mixture of elements such as Roman, Greek city urban planning, and Islamic architecture (Umayyad Mosque) (link mosques article).  Damascus is the one of oldest continuously inhabited cities in the world, and is today home to more than two million residents.

5. One Of The Most Important Cities In The Ancient World: Susa

This ancient city is located at the foot of the Zagros Mountains near the banks of the Karkheh Kūr (Choaspes) river in south-west Iran. Susa, also known as Shushan, began as a small settlement in 7,000 BCE and is therefore, one of the oldest cities in the world. The city is one of the most important cities of the Ancient Near East as it served as the capital of Elam and the Achaemenid Empire, and remained a strategic centre during the Parthian and Sassanian periods. Susa is about 250 kms (160 miles) east of the Tigris river and it is this proximity that made Susa one of the most important cities in the ancient world. It was believed to have been completely destroyed by the Assyrians, but was quickly rebuilt, and saw its most glorious days during the Persian Empire. Today, Susa bears exceptional testimony to Elamite, Persian and Parthian cultural traditions, which have largely disappeared.

6. Largest City In Syria Before The Syrian Civil War: Aleppo

Aleppo, known as Halab in Arabic, is an ancient metropolis in Syria, and one of the oldest continuously inhabited cities in the world. It lies on the one end of the Silk Route between the Mediterranean Sea and Mesopotamia, which made it an important hub during the ancient era. Aleppo has been continuously inhabited since 6000 BCE and in fact, there are remnants of human settlement that date back to 11,000 BCE. The modern city of Aleppo still occupies most of the ancient site, and prior to the Syrian civil war, used to be the largest city in the country. The city survived multiple conquests in the past, but sadly has been subject to destruction and devastation due to the Battle of Aleppo that occurred from 2012 through 2016 as part of the Syrian civil war. Thousands had to flee from their houses due to the war, which also made Aleppo the second largest city with approximately two million residents.

One of Europe’s oldest inhabited cities, Plovdiv is located in the south-central part of Bulgaria. It is the second largest city of the country, and has been inhabited since 4,000 BCE starting with a  Neolithic settlement. Plovdiv is one of the oldest cities in the world as its history spans across more than six millennia. Called Pulpudeva in Thracian times, it was renamed Philippopolis in 341 BCE after the conquest by Philip II of Macedon. Plovdiv has a vastly diverse historical and cultural heritage due to being settled by Thracians and then subsequently invaded by the Persians, Greeks, Celts, Romans, Goths, Huns, Bulgars, Rus’, Crusaders, and Ottoman Turks. The city was designated by the European Union as a European Capital of Culture in 2019.

8. Oldest City In The World: Jericho

Located in the Jordan Valley, with the Jordan river in the east and Jerusalem in the west, Jericho is believed to be the oldest city in the world. The city’s continuous settlement has been around since 3000 BCE with evidence of human settlement dating back to around 9,000 BCE. Archeologists have found the remains of 20 successive settlements in Jericho, making it a strong contender for the oldest continuous settlement in the world. The city was destroyed and abandoned on several occasions, but it has also been rebuilt several times through the years. Today, this legendary city is home to 20,000 people and is one of the most attractive tourist destinations in Palestine. Jericho is home to the oldest-known protective wall in the world, the Wall of Jericho, and the tomb of Moses, where Jesus was apparently baptised, Mount of Temptation, where Jesus was apparently tempted by the devil, and the Qumran Caves, where the Dead Sea Scrolls were discovered.

This ancient city of Lebanon is located in South Governorate, on the Mediterranean coast and is one of the oldest cities in the world. Sidon has been inhabited since around 4,000 BCE. or possibly even earlier around 6,000 BCE, as there is evidence of human presence in Sidon going back to prehistoric times. Sidon, which means “fishery” in Greek, has also been one of the most important centers of the Phoenician Empire as a crucial Mediterranean port. This is why the city was conquered by a revolving door of the world’s greatest empires such as the Assyrians, Babylonians, Persians, Greeks, Egyptians, Macedonians, Romans, and later the Ottomans. Also influenced by French and later British rule in the modern era, Sidon today is home to 200,000 people.

10. The Oldest City In India: Varanasi

Situated on the west bank of the Ganges in Uttar Pradesh in India, Varanasi, also known as Benaras, is the oldest city in India. The city is the birthplace of the oldest religion in the world, Hinduism, and has ancient roots that hold great importance historically for Buddhists and Sikhs too. It is believed that Varanasi was inhabited for more than 8000 years. During the Middle Ages, the holy city thrived as a centre of cultural importance, and religious education under Muslim rule. Today, the city is also known for its muslin, silk, perfumes, and sculpture. It attracts pilgrims and tourists from all across the world.

Also Read: First Time to Varanasi? Here’s What You Should Know

While the arguments for the title of the oldest city in the world may continue, there is no harm in learning both, positive and negative aspects of human civilization through these ancient cities. The cities have stood the test of time surviving both human invasions as well as geographical calamities. Therefore, they have become some of the world’s greatest heritage sites. So, plan a trip to the oldest cities in the world, and if you think we have missed any, let us know in the comments below. 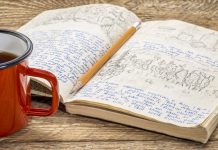