More
Home Asia India Our Day Out In Bangalore Was More Than What We Expected It... 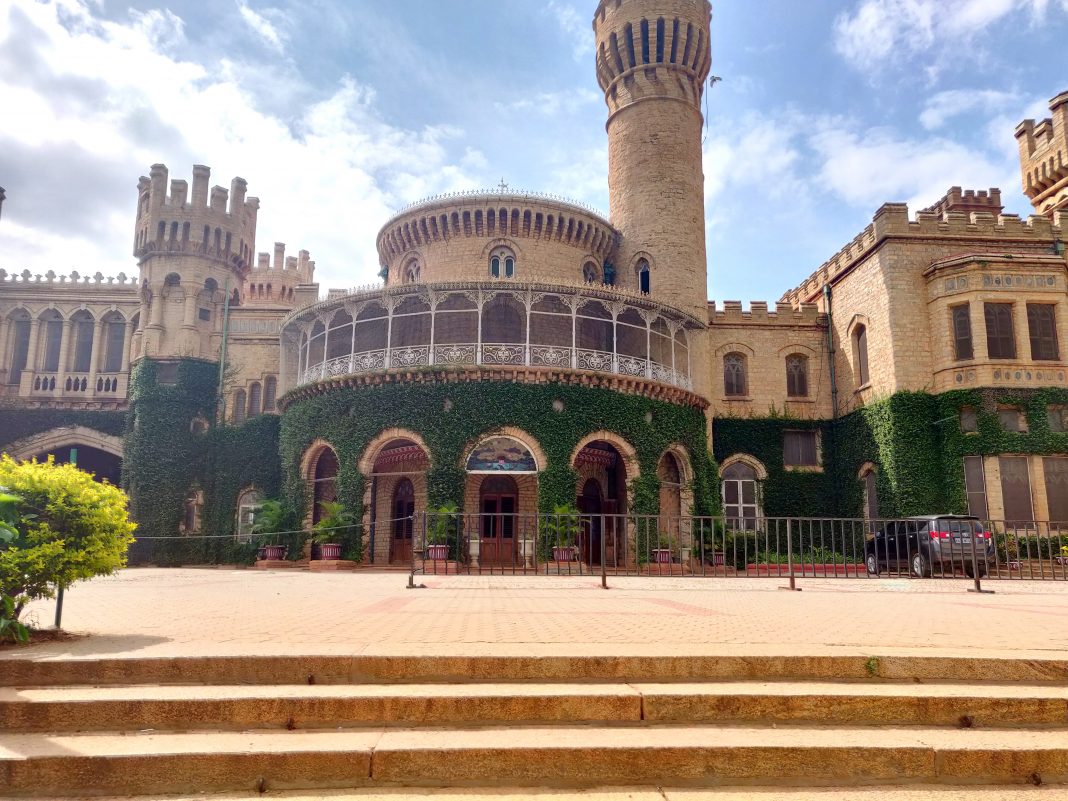 It has not been much time since I moved to Bangalore. I came to Bangalore in 2017 and I have not seen much of it since then. The irony is I work as a content writer in Travel Earth and we have a habit of writing authentic content. So what does that mean? Roam around Bangalore to collect authentic content! My fellow colleague and friend Malavika and I decided to take it in our hands, responsibly and rock it. Here is the story of our first day out in Bangalore.

Malavika and I live quite far from each other’s place so we thought of meeting at some common point. MG Road was close for both of us so we decided to cover that first. I started from Swami Vivekananda Metro Station and she started from Krishna Rajendra Market Metro Station. We met at MG Road. The one thing I like about MG Road Metro Station is the graffiti outside the metro station wall. It is so beautiful, we couldn’t help but click it.

After meeting at MG Road Metro station and admiring the Hot and Sunny weather, we decided to head to Koshy’s for breakfast. Bangalore’s weather is usually nice and cloudy. But the day we decided to step out of our houses and roam around on the streets, Bangalore changed its mood and chose this day to be the hottest in the history of Bangalore weather (not really, but you get it!).

Anyway, we reached Koshy’s which is just 5 minutes walk from the Metro Station. Just because I am a writer I have to use words to explain how the food was at Koshy’s. Otherwise, I would have chosen to be speechless. We ordered the basic omelette and a bacon omelette and a mushroom omelette. You can read the detailed food reviews here. If you have never been there, please go. You have missed something really important in life. I went there for the first time and the food blew my mind away!

We ate so much ,that oxygen Was denied Entry to our oesophagus.

After having a heavy breakfast, we headed to the mission of collecting content by visiting as many places as possible in Bangalore. Since we were in MG Road, we thought of starting with St. Marks Cathedral. St. Marks Cathedral is a beautiful cathedral dedicated to Saint Mark the Evangelist. In 1923, the church was damaged by fire caused by a short circuit destroyed the entire church. The church was reconstructed in 1927.

We wanted to get a few images from the inside of the cathedral but taking pictures inside the cathedral is not permitted and if don’t obey the rules you might get fined. So a small tip for you is that keep your camera in a purse or bag. The thing is that we didn’t know about this fact so we had to hide our camera. This, was our first bummer.

Our next stop was Chinnaswamy Stadium but we thought to take a shortcut, so we entered Mahatma Gandhi Park whose back door opens to the front door of the stadium.

Not every shortcut in life works, friends, but fortunately, this one did!

We went to the park and it was clean and green. If the weather is nice you can sit there and relax for a while. There is a jogging track if you want to warm yourself up a bit, and enough space for you to exercise if you wish to. The park also has various statues of Mahatma Gandhi himself.

After clicking this only picture in St. Mark’s Cathedral, we directed to Chinnaswami Stadium where we thought that we would go on the field to cover the stadium; and it started raining.

So we thought, it’s okay we will cover the rest of the stadium. But there was some construction going on so we couldn’t do that either. At this moment we had almost started questioning our lives. But then while coming out we saw how amazing the clubhouse of the stadium is. We didn’t have the time to sit and eat there but we got to peek inside.

After having a great time at Chinnaswamy stadium, we headed to Cubbon Park looking forward to greater fun. The park opens at 6:00 am and is open till late in the evening. It welcomes joggers and nature lovers. It also attracts umm… ahem… couples but I think if you guys go there, you will be able to concentrate on better things in life that the park offers you. We did the same! Things like, the bandstand in the park that provides a platform for bands and musicians to perform; the amazing greenery; the statues and memorials in there, and much more.

Just where the park ends is the Visvesvaraya Museum, the Government Museum and Venkattappa Art Gallery.

Happily, we entered the Visvesvaraya Museum after buying a ticket. Yes, you buy a ticket before entering a museum, like a responsible Indian citizen. Anyway, the ticket wasn’t really expensive. I really liked the way they have maintained the museum. There are many fun activities for children to do. The museum displays a model of The Wright Brothers’ Aircraft and many button-operated machines that tell you the entire mechanism of the machinery. 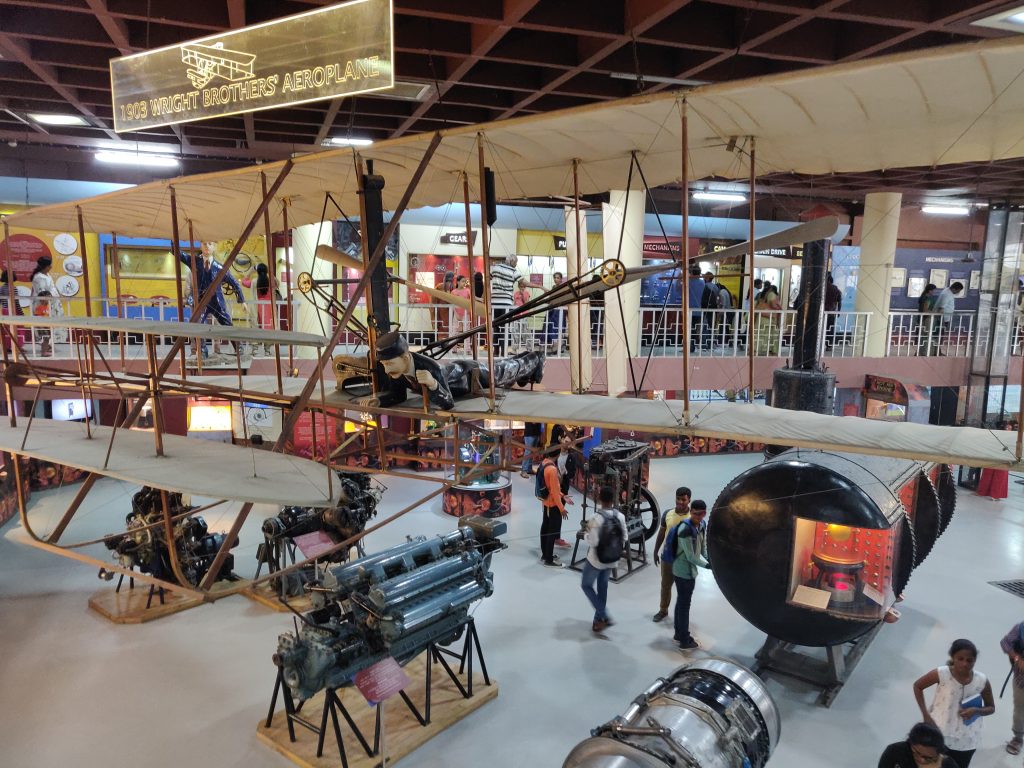 Image Source: TEThere are planetarium shows that you can see, but you might need to check the timings of the show. It happens twice a day so you might get to see it. When we went there, the planetarium was under renovation, so we couldn’t catch the show. But you might not be as lucky as we had been! 😛

Our further plan was to check out Venkattappa art Gallery and Government Museum, but both the places were closed because why not? It was Moharram on the day of our Bangalore darshan. We had to postpone the visit to these places for our next Bangalore outing. Stay tuned for our other experiences.

After all the touring we got a little hungry and thought of stopping by at the Only Place at Museum Road and fill ourselves up with amazing burgers. I ate the burger, Malavika dissected it and finally ate it, but the food was to die for. You can read what we had and detailed review of it here.

We took an auto to the restaurant and reached there in 15 mins. Would have reached earlier, but Bangalore traffic is not a choice.

The entrance fee for the palace almost gave us a heart attack. Our total for two adults with camera and self was 780/-. I am sure they use all this money to maintain the palace or at least I am hoping so. But let me tell you the palace was amazing. Everything inside the palace was maintained properly. 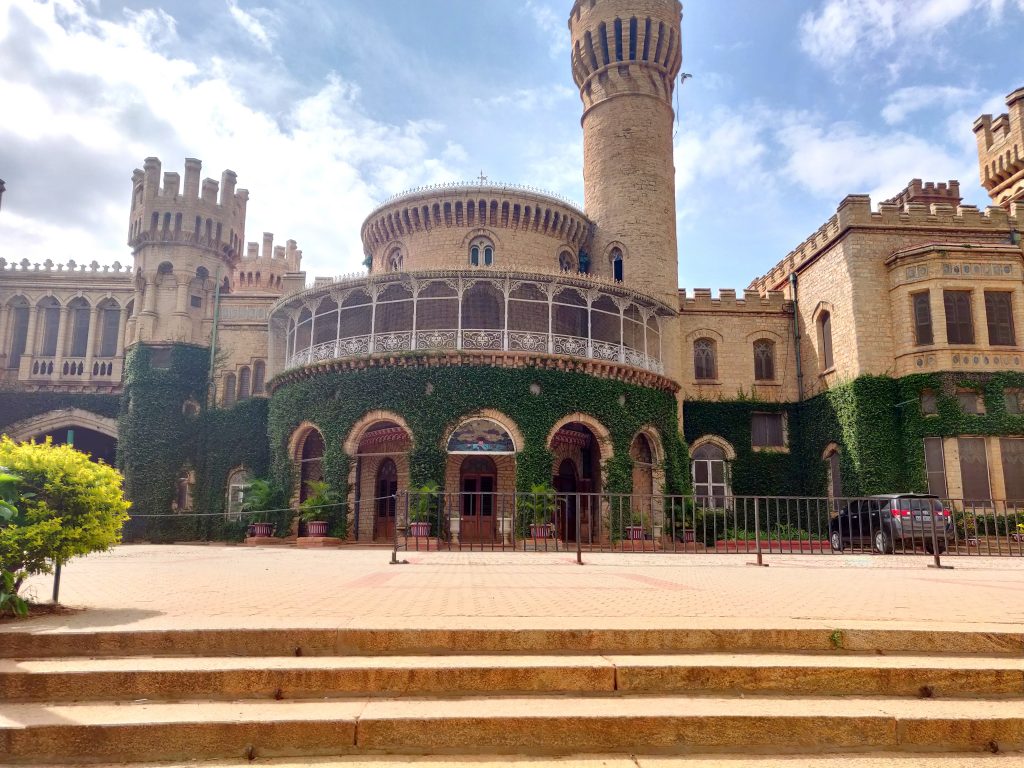 We even saw tourists clicking selfies sitting on benches that were antique. The funny part was that they were telling the security guard to click the picture for them. And, HE WAS! But if you are new to Bangalore I don’t think you should miss such an amazing Palace. You get audio guides there, that help you gain a lot more information than the internet can provide you.

This was our story. Tell us about yours in the comments section. Also, tell us if you want us to cover any particular location in Bangalore or outside.