India is well-known for its colourful customs, and one of the most colourful of all is the ‘festival of colours’ itself, Holi. One of the most popular festivals of India, Holi celebrates the arrival of spring and the end of winter through people smearing each other with colours.

This ancient festival takes place on the full moon day of the month of Phalgun in the Hindu calendar, or in March. (In 2020 it’s on 9-10 March). So, while we’re all looking forward to playing with colours this year, let’s not forget the delicious Holi dishes.

Also Read: This Is How You Can Protect Your Hair And Skin From Holi Colours

Holi is all about having fun with friends and family, and this usually involves food. Almost every region of India has its own specific Holi dishes, along with their own customs. So here are some delicious Holi dishes from around India that you can eat to feel like it is always Holi 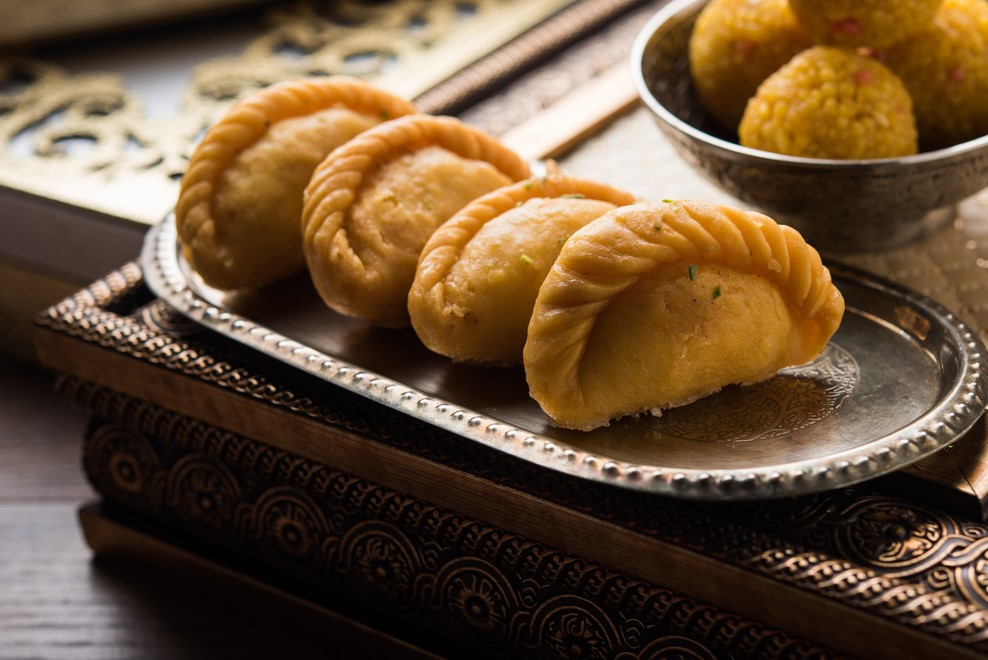 Most popular in Rajasthan, this sweet dumpling is made with semolina or flour, and khoya. There are a lot of variations to this dish. It can be filled with mawa, coconut, or dry fruits; and it can be deep-fried or baked. 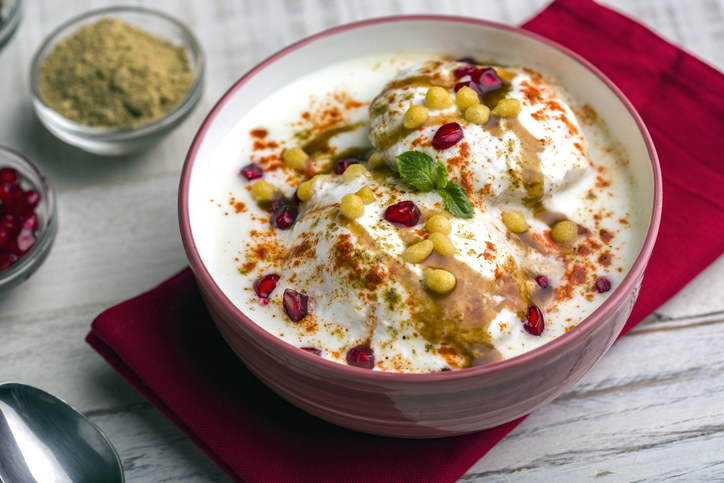 This snack originated in North India, though it is now popular across the country. It is made up of vadas, deep-fried savoury dumplings made with lentils and flour, and dahi, or yoghurt. The dumplings are soaked in thick yoghurt and topped with cumin powder, chat masala, and chilli powder, 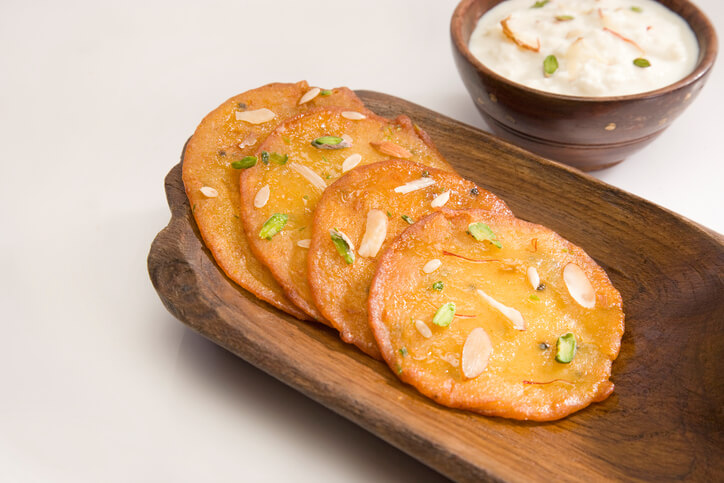 Malpuas are similar to pancakes. They are made with a batter of bananas, flour and milk, sugar, and cardamom, which is fried in ghee (clarified butter) and dipped in sugar syrup. It may sound wildly unhealthy, but is usually only served around festivals like Diwali and Holi.

Most popular in Rajasthan and the north of India, thandai is almost a Holi staple. This special drink is made with saffron, almonds, sugar, milk and different variety of herbs. Versions made for the festivals of Holi and Shivratri also often include bhaang.

Namak pare are bite-sized, deep-fried snacks that are popular during Holi. They are usually made with flour-based dough, flavoured with salt, ajwain (carom seed). The strips are then fried and eaten as is or with pickle. A sweet version is known as Shakkar Paare.

Bhaang has become synonymous with Holi, and one of the most popular preparations is bhang laddoo. This sweet is made with milk powder, sugar, cardamom and bhaang (an edible preparation of cannabis).

This North Indian snack is popular throughout the year, but Holi is the time to try dal kachoris. Stuffed with arhar dal or moong dal and spices, it is fried to a crisp, and eaten with tamarind chutney.

This unusual, yet delicious, dish is essentially a rice pudding made with mattar (or green peas). It is often flavoured with raisins, pistachios and raisins, creating a tasty and creamy dessert.

One of the most common Holi dishes is saffron rice. It is usuallly has as a side dish or an accompaniment. Saffron is a fairly expensive spice, making this dish a special festive luxury. It gives the rice a delicate flavour.

Another Holi favourite is the puran poli. Originating in the south of India, this sweet flat-bread is stuffed with jaggery or sugar, and often flavoured with cardamom and nutmeg. This dish is served with ghee or milk.

Originating in Bihar and Jharkhand, this simple snack is made with rice flour and chana dal. Crunchy and slightly sweet, it is usually served with a potato curry and green chutney.

What makes Holi so unique and special is the vibrant spirit, with delicious food, bright colours, and lots of fun. This can be seen wherever Holi is celebrated in India or even across the globe. And these Holi dishes help in recreating that spirit, whatever the time of year.