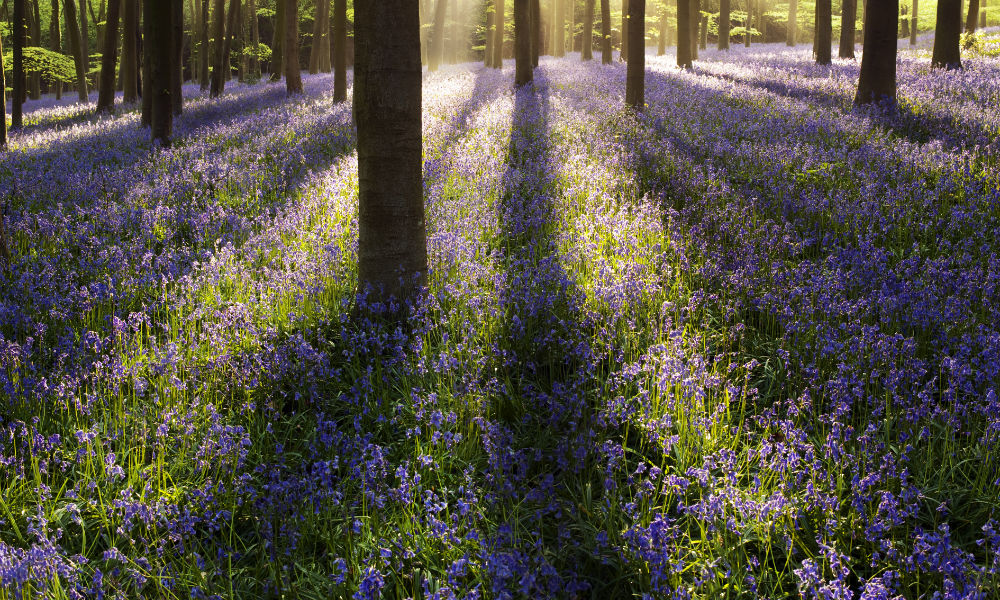 As the month of April ends and spring sets in, you can see the colourful flowers blossoming all over the globe. There’s a promise of summer in the Japanese Cherry Blossoms, Dutch Tulips, Tuscany sunflowers and the Bluebells in Dorset. With British speciality: Bluebells, you’ll finally understand the reason why Emily Bronte calls them “the sweetest flower that waves in the summer air”.

The Bluebell by Emily Bronte

“The Bluebell is the sweetest flower
That waves in summer air:
Its blossoms have the mightiest power
To soothe my spirit’s care.” 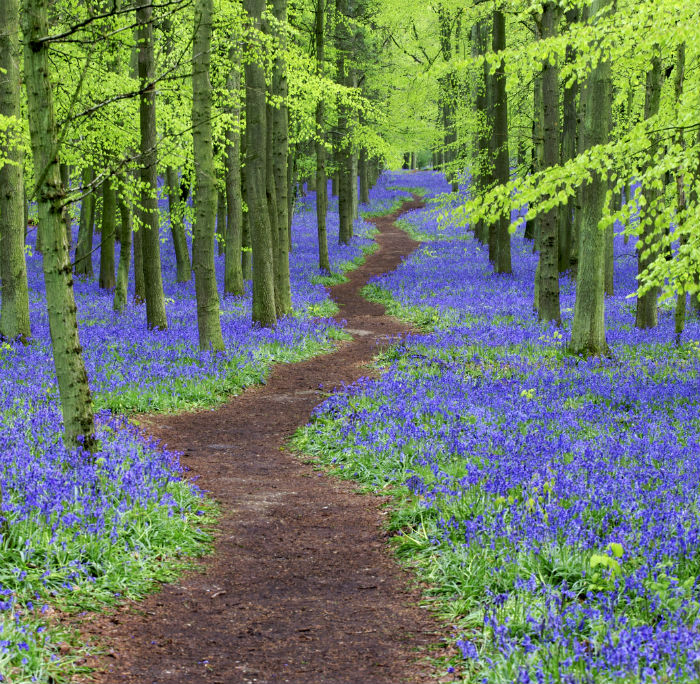 The quintessential English flowers: Bluebells flower for a week or two in late April or early May. The sight is magical – nothing but acres and acres of blue. The fields are also peppered with tiny white flowers called wood anemones that are studded amongst the bluebells like little white stars. As a rule, the bluebells are mostly found in ancient woodland but there are some perhaps remnants of the original wildwood that covered Britain after the last Ice Age.

Visit the Bluebell Hill far from the maddening crown of Dorset where the Bluebells carpets the woodland in late spring creating a shimmering azure haze. Bluebells are also called as ‘fairy flowers’ in folklore while a field of bluebells is said to be intricately woven with fairy enchantments.

See The Beautiful Bluebells in Dorset

The Dorset woods will have the boughs of the beech trees with their newly-emerged leaves that seem almost fluorescent green while swaying ever-so-gently, casting rippling shadows in the undergrowth. These are the ancient woods where just at our feet, the bluebells flower when the tree canopy is just beginning to unfurl, so they have the perfect amount of shade.

Notice that the ideal home for bluebells is ancient woodland consisting of beech, oaks and birch. However, if a wood is cut down, or the undergrowth takes hold, the bluebell bulb can lurk beneath the soil for a thousand years. When the forests are grown again even after hundreds of years, and as the brambles are cleared, it flowers again.

With this close-up so that you can see the little nodding heads of this incredible spring spectacle. In sloping woodland, fall in love with bluebells in Dorset as they seem to ripple on the surface where the light hits them. 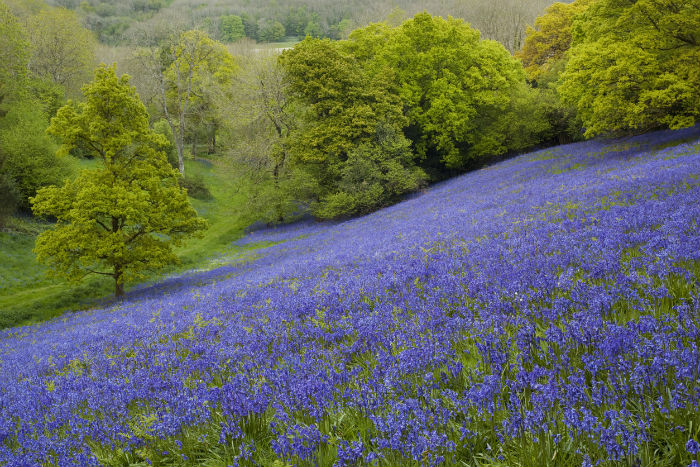 This blue river comes to life every year during April and May. So hurry to the English countryside this weekend and experience the ancient woodlands of Dorset covered in the carpet of bluebells. But if you are heading to see the bluebells in Dorset, stick to the paths and don’t trample any flowers!