More
Home Topics of Interest Travel Updates Have You Met The Smallest Cats In The Wild? 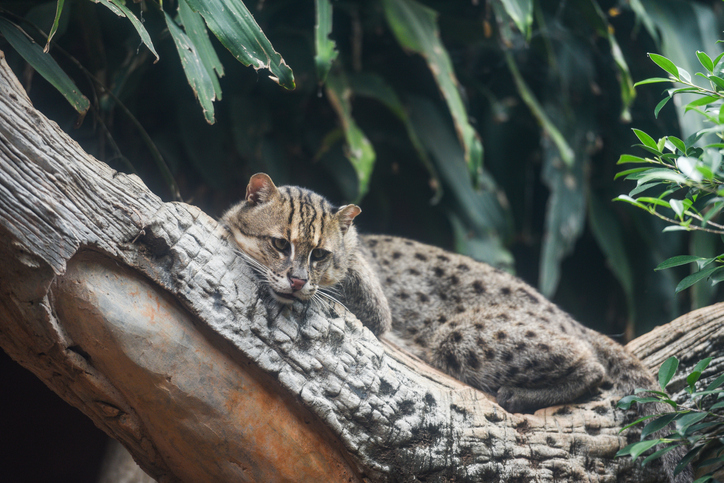 A lot has been spoken about the members of the big cat family, but not everyone knows that wild felines include small cats too. Like their bigger cousins, they show power, felicity of movement, and sport striking coats of spots and stripes. And sadly just like their bigger cousins, they are also threatened with habitat loss, poaching, and conflict with humans and livestock. They might be little, often smaller than domestic cats, but these smallest cats are wildly different. Some have even adapted to mimic the calls of their prey, some spring astounding distances in the air, while others can blend into the jungle so thoroughly that even scientists have trouble finding them.

FUN FACT: While modern cheetahs and pumas are large in size, they are genetically more closely related to the smaller members of the cat family.

The World’s Smallest Cats – They May Be Smaller In Size, But Are Just As Ferocious

Also called the hummingbird of the cat family, the rusty spotted cat is one of the smallest cats in the world. It is native to the deciduous forests of India and Sri Lanka, and is equally at home in the trees as it is on the ground. While it is about half of the size of a domestic cat, it has a reputation for being an especially fierce hunter who stalks large prey. The main prey of this aggressive predator are small mammals, such as rodents, birds, along with insects, lizards, frogs, and occasionally poultry. Often described as a smaller version of the leopard, this feline has a fawn-grey coloured coat with a rufous tinge and is marked with rust-brown spots. They have small heads and relatively large eyes that are marked with a white streak along the inside edge. Rusty spotted cats are accomplished climbers and prefer dense vegetation and rocky areas and inhabit deciduous forests as well as scrub and grasslands. The speckled feline is elusive and nocturnal in nature. The rusty-spotted cats are listed as “Near Threatened” on the IUCN Red List.

2. Most Widespread Of All Small Asian Felids: Leopard Cat

Native to South, Southeast, and East Asia, the leopard cat has the broadest geographic distribution of all the small Asian cats and is the third smallest cat in the wild in Asia. This small cat has a coat which is usually yellowish or reddish-brown above, white below, and heavily marked with dark spots and streaks, making it look like a miniature, long-legged and more slender version of a leopard. It prefers a variety of habitats from tropical rainforests, scrubland, pine forest to second-growth woodland, semi-desert, and agricultural regions, especially near water sources. As it is an agile climber, it may also be found at heights up to 3000 metres. Quite arboreal in nature, the leopard cat often hunts birds and small mammals, but it can also prey on rodents such as rats and insects on the trees. Although they are often described as a solitary species, they are also seen in pairs or with dependent young. The leopard cat is mainly described as nocturnal and crepuscular. Their population is considered stable, and it is listed as “Least Concern” on the IUCN Red List.

3. One Of The Most Unusual Members Of The Cat Family: Flat Headed Cat

About the size of a domestic cat, the flat-headed cat is a small cat that lives mainly near water in Thailand, Malaysia (both East and West), Brunei and Indonesia. This unique looking cat is known for its long, narrow head and flattened forehead. It is closely related to the fishing cat with an elongated body, short legs with small, rounded paws, a short tail with a thick reddish-brown coat on top of the head and dark roan brown on the body. One of the oddest looking cats in the world, the flat-headed cat owes its odd looks to its semi-aquatic lifestyle. Its flattened forehead, partially webbed feet, and long set of conical canines are all adaptations for catching and killing slippery fish and frogs. They are believed to be solitary, nocturnal and crepuscular animals. Unfortunately, the flat-headed cat is the most endangered small cat in Southeast Asia. They are listed as “Endangered” on the IUCN Red List and their population is expected to continue declining.

Native to Northern Africa and southwestern and central Asia, this small cat is the only wild feline to live in a true desert. They have numerous adaptations to an arid life such as long peculiar strands of black hair growing between their toes creating a cushion of fur over the footpads which insulates from hot sand and makes their tracks nearly invisible. The colouring of this small cat in the wild, is a pale sand-coloured coat, with occasional stripes on the legs that help them to easily blend in with their environment and also insulates them from chilly nighttime temperatures. They are sand-dwelling creatures who are highly skilled killers, capable of killing venomous snakes like sand vipers. The sand cats are very elusive and also very solitary by nature. They mostly prey on small rodents and birds. The population of these tawny cats is considered stable and they are listed as “Least Concern” on the IUCN Red List.

5. Most Adapted For A True Arboreal Life: Margay

Among the most beautiful and mysterious of the spotted cats in the Americas, margays are mid-sized cats with beige fur, black and gold rosettes and dark stripes down the back. They are often confused with their near relatives like the ocelot and the smaller tiger-cats which have similar coat patterns and colours. Margays are native to Central and South America where they spend most of their time on the trees. In the cat family, the margay is the only one that is regarded as being more arboreal. Known as one of the most acrobatic wild cats, margays possess the ability to rotate their hind legs 180°, enabling them to descend headfirst from a tree or hang by one hind foot from a branch! It is a solitary and primarily nocturnal animal. Another interesting talent of this small cat is its ability to mimic the calls of the pied tamarin (a small monkey) to lure the primate closer while the cat waits in ambush. Margays also fall under the category of “Near Threatened” on the IUCN Red List.

This small, long-haired cat is also called steppe cat or manul, and is native to the inhospitable mountain slopes of Central Asia. Quite famous for its surly facial expressions, Pallas’s cats have flattened and rounded faces, stocky builds, and exceptional fluffiness, making them appear stout and plush. This fierce wild cat appears much larger due to the fur of the under parts which is about twice as long as that of the upper parts and possibly represents a necessary luxury for survival in the harsh climate of its high-altitude home. One of the main differentiators of Pallas’s cats from other cats is that they have unusual pupils which instead of the usual vertical slits contract into small circles. They also have the longest and densest fur of any cat. The Pallas’s cats are known as solitary hunters that stalk their prey or they sometimes wait at entrances of burrows and pounce when their inhabitants exit. Sadly, despite their wide distribution, one of the smallest cats, Pallas’s Cats are currently listed as “Near Threatened”, on the IUCN Red List.

These small cats are found in grasslands and forests from Texas to Argentina. They have long, slender bodies, tiny ears, short legs, a small flattened head, long otter-like tail, and a sleek, unmarked coat; hence earning the nickname otter cat. As jaguarundis occupy a wide range of both open and closed habitats, from dry scrub, swamp and savannah woodland to primary forest, the International Union of Conservation for Nature (IUCN) currently classifies them globally as “Least Concern”. Jaguarundis are around twice as large as the domestic cat, and one of the strangest looking of the small cats. They are one of the few cat species that do not have a contrasting colour on the backs of their ears. Jaguarundis are secretive and alert; they are also known as typically solitary or cats which travel and forage in pairs.

Do These Smallest Cats Seem Harmless?

While they are small in size, even the smallest in the cat family is quite aggressive in nature. Have you seen any of these smallest cats of the wild before? If yes, when and where? Tell us all about your wild experiences in the comments below.

Also Read: Where Can You Find The Biggest Cats In The World?