25 Star Wars Filming Locations You Can Visit In Real Life

Lots of people want to travel to other planets, but fans of the Star Wars saga can actually do so. While the films depict places in a galaxy far, far, away, you can actually visit many Star Wars filming locations. Though tons of scenes have been filmed on sound stages and sets, real-life locations from around the world can also be seen. From the deserts of Tunisia to the woods of Northern California, here are some Star Wars filming locations you can visit.

Tunisia was used as the backdrop for the Tatooine in A New Hope and Attack of the Clones. Matmata was used as Luke Skywalker’s home, while the Hôtel Sidi Driss became the Lars homestead (Luke’s childhood home). Medenine’s Grofa Complex, Tozeur and Ajim were also used as the exteriors of Obi-Wan Kenobi’s home and the Mos Eisley Spaceport.

Hardangerjøkulen is the sixth largest glacier in Norway and was the inspiration for the ice planet Hoth featured in The Empire Strikes Back. Filming also took place at the nearby town of Finse and its railway station, which became the Rebel Alliance’s Echo Base.

These ancient Mayan pyramids in the Guatemalan region of Tikal National Park were used to film sequences on the rebel base on Yavin 4 in A New Hope. Interior shots were filmed at RAF Cardington in Bedfordshire in the UK. 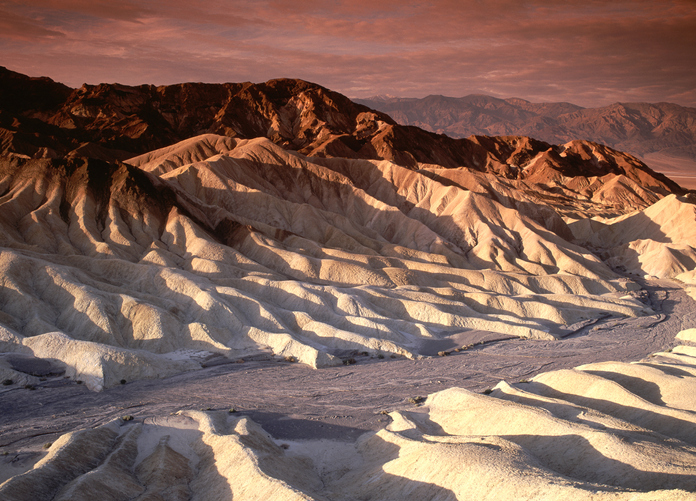 While Tattooine was famously filmed in Tunisia, some scenes were also shot in Death Valley National Park in California for A New Hope, especially between Sierra Nevada and the Mojave Desert. Filming also returned here for the Return of the Jedi, especially when C-3PO and R2-D2 travel to Jabba’s Palace.

This forest became the home of the Ewoks on the Forest Moon of Endor in Return of the Jedi. Many scenes were filmed here, including the speeder bike chase, and the Ewok ambush.

Instead of returning to Tunisia for Return of the Jedi, the filmmakers headed to  Buttercup Valley in Arizona’s Yuma Desert to film scenes with Jabba’s Sail Barge and the Great Pit of Carkoon, home to the monstrous Sarlacc. 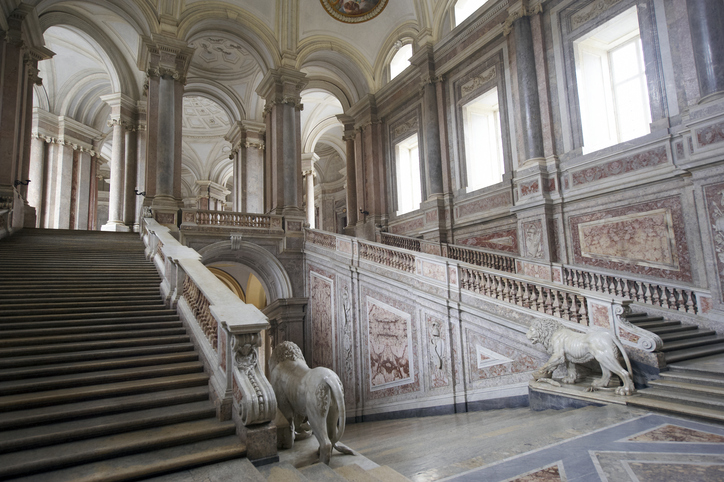 While the prequel trilogy may have featured lots of CGI and computer effects, many scenes were set in real locations, such as the Palace of Caserta which became the Theed Royal Palace on Naboo in The Phantom Menace and Attack of the Clones. Originally built in the 1750s for Bourbon King Charles III, it is the largest royal residence in the world. 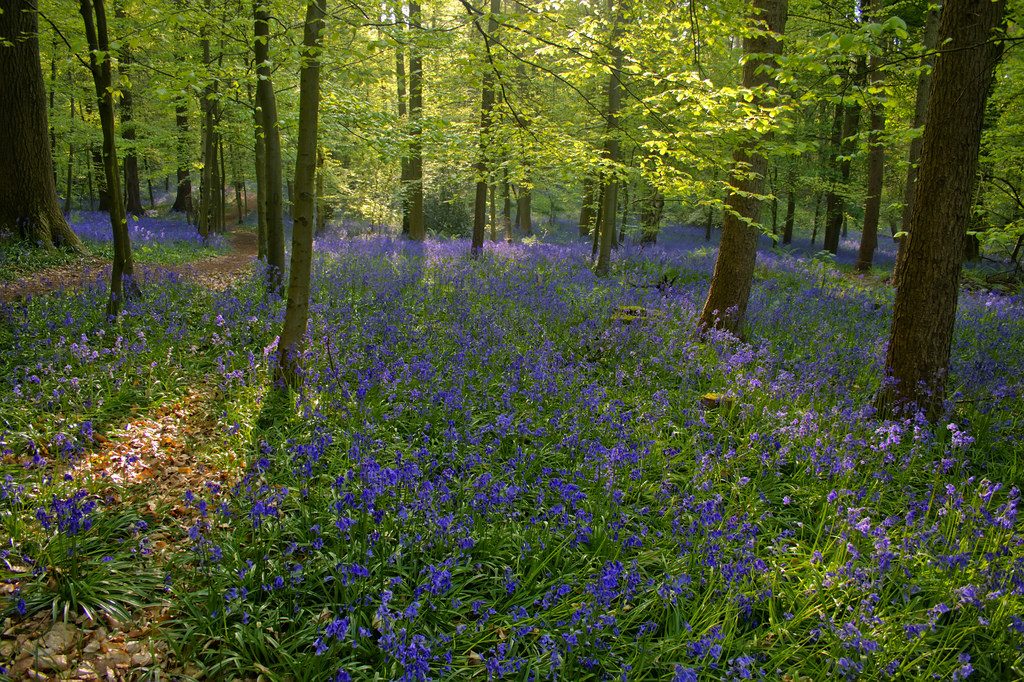 Located near the town of Watford in England, these woods were featured in The Phantom Menace as the Gungan Sacred Place on Naboo, where Qui-Gon Jinn and Obi-Wan Kenobi meet Jar-Jar Binks and where Queen Padmé Amidala forms a treaty with the Gungans. 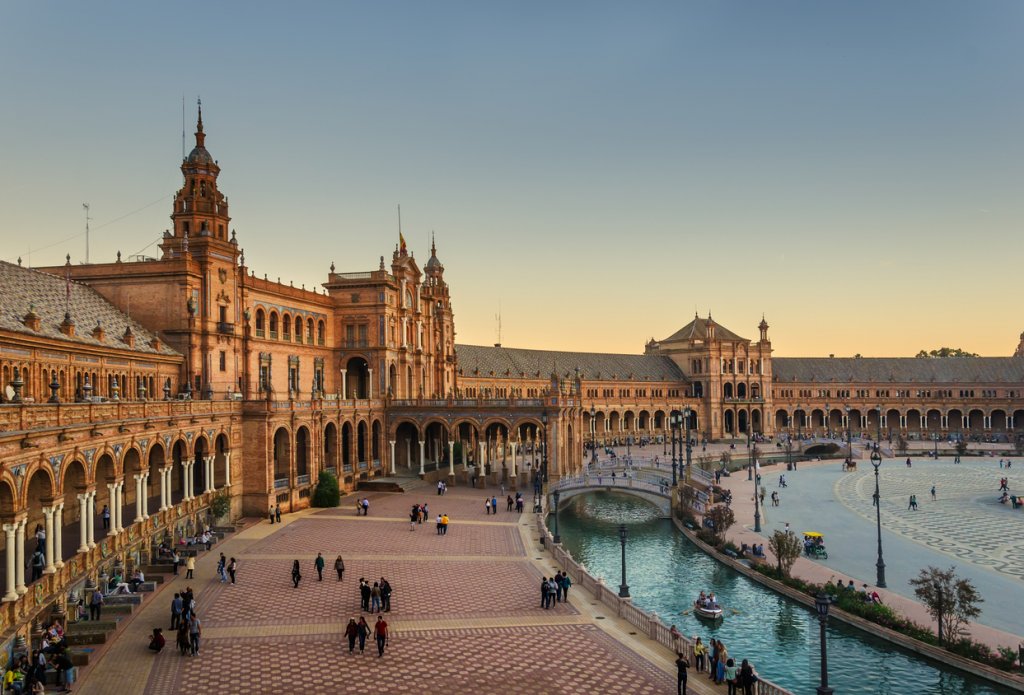 This plaza in Seville was built in 1929 for the Ibero-American Exhibition, and was also featured as parts of the planet Naboo in Attack of the Clones. It can also be seen in Lawerence of Arabia and other films.

This staggeringly beautiful lake in Italy was used as the location of Varykino, where Anakin Skywalker and Padme Amidala go into hiding in Attack of the Clones, along with the picturesque Villa del Balbianello which overlooks the lake. It returns at the end of the film as the location for their wedding. 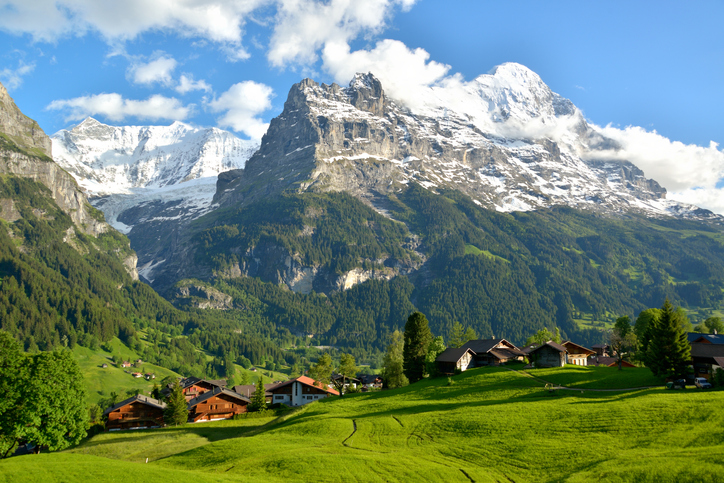 This Swiss village is famous for its excellent skiing and hiking (as well as the similarly named Harry Potter villain). It was featured in background shots of the planet Alderaan, Princess Leia’s home, in Revenge of the Sith.

When Mount Etna erupted in 2001, film crews from Lucasfilm were rushed over to take shots of the volcano to use as the lava planet Mustafar in Revenge of the Sith, where Anakin Skywalker fights Obi-Wan Kenobi.

While no actual filming took place at either Phang Nga Bay in Phuket or Guilin in China, they were used as backdrops for the planet Kashyyyk, Chewbacca’s birthplace, in Revenge of the Sith.

The Rub’ al Khali desert is the largest stretch of sand in the world and covers an area of 650,000 square kilometres. The section near Abu Dhabi, known as “The Empty Quarter,”  was seen in The Force Awakens as the planet Jakku where we first meet Rey.

This scenic woodland in the Forest of Dean became the forest around Maz Kanata’s castle on the planet Takodana in The Force Awakens. It is where Rey encounters the evil Kylo Ren.

Thirlmere and Derwentwater in Cumbria were used during shots of the Millennium Falcon landing on the planet Takodana, and again during the X-Wing battle that takes place there in The Force Awakens. 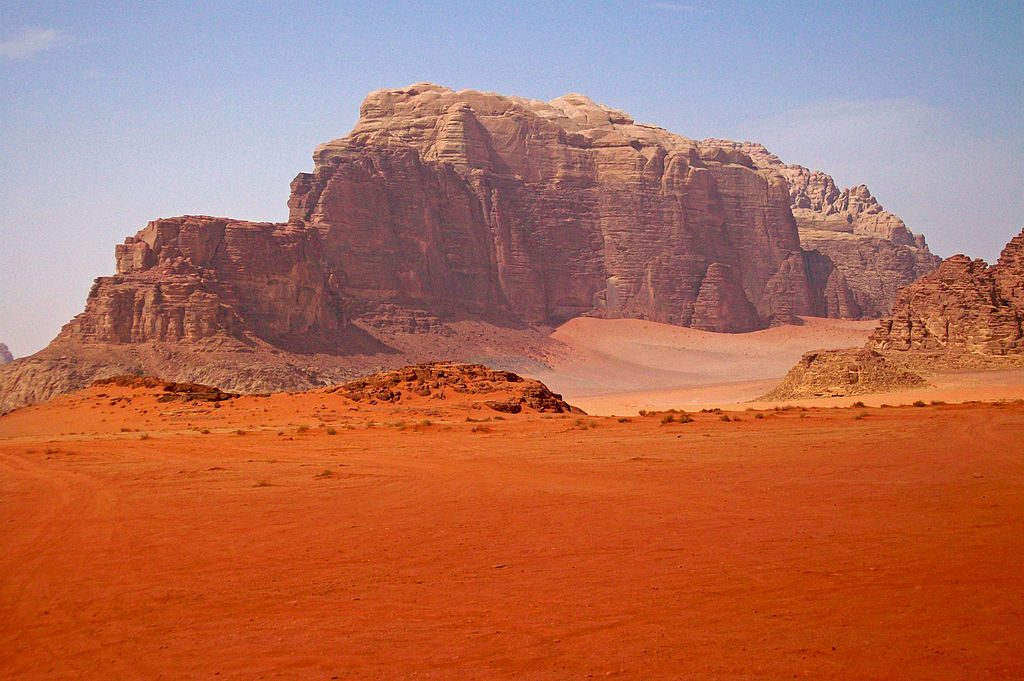 The Jordanian Desert is featured in numerous sci-fi films and can be seen in Rogue One: A Star Wars Story as the planet Jedha. It is also featured in Ridley Scott’s 2015 film The Martian as Mars. 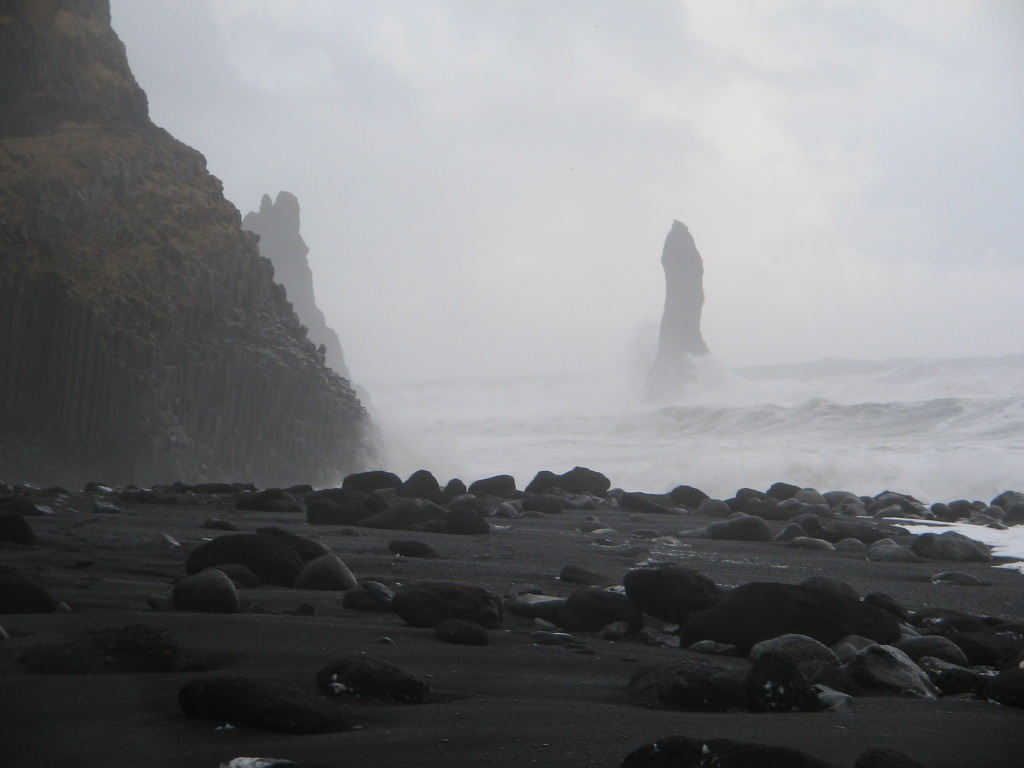 The salt stacks along the beach in Reynisfjara, near Vík, was also featured in Rogue One as the planet Eadu. It can also be seen on Game of Thrones as Eastwatch-by-the-Sea, a fortification near the Wall.

This beautiful tropical island cluster in the Maldives can be seen at the end of Rogue One when the Rebel Alliance, led by Jyn Erso, breaks into an Imperial Base on the planet Scarif. The Gan and Berasdhoo islands are also featured during the battle between them and the Imperial forces.

The interior of the Imperial Security Complex on Scarif was filmed at the Canary Wharf Underground Station in London. An exciting chase scene can be seen featured in the Rogue One trailer.

The abandoned monastic dwellings on the island of Skellig Michael, which is located off the southwest coast of Ireland, were used as the island planet of Ahch-To in The Force Awakens and The Last Jedi. It is where Rey finds the exiled Luke Skywalker and receives her Jedi training.

This Croatian city was made famous when it was featured on HBO’s Game of Thrones as the city of King’s Landing. It can also be seen in The Last Jedi as the glitzy casino city of Canto Bight where Finn and Rose look for a master codebreaker.

Located near the Andes, Salar de Uyuni is the largest salt flat in the world. Covering 10,000 square kilometres, it was once a prehistoric lake that went dry. It was used as the location for Crait, a mineral planet covered in white salt and red soil where the Resistance has its last stand against the First Order in The Last Jedi. 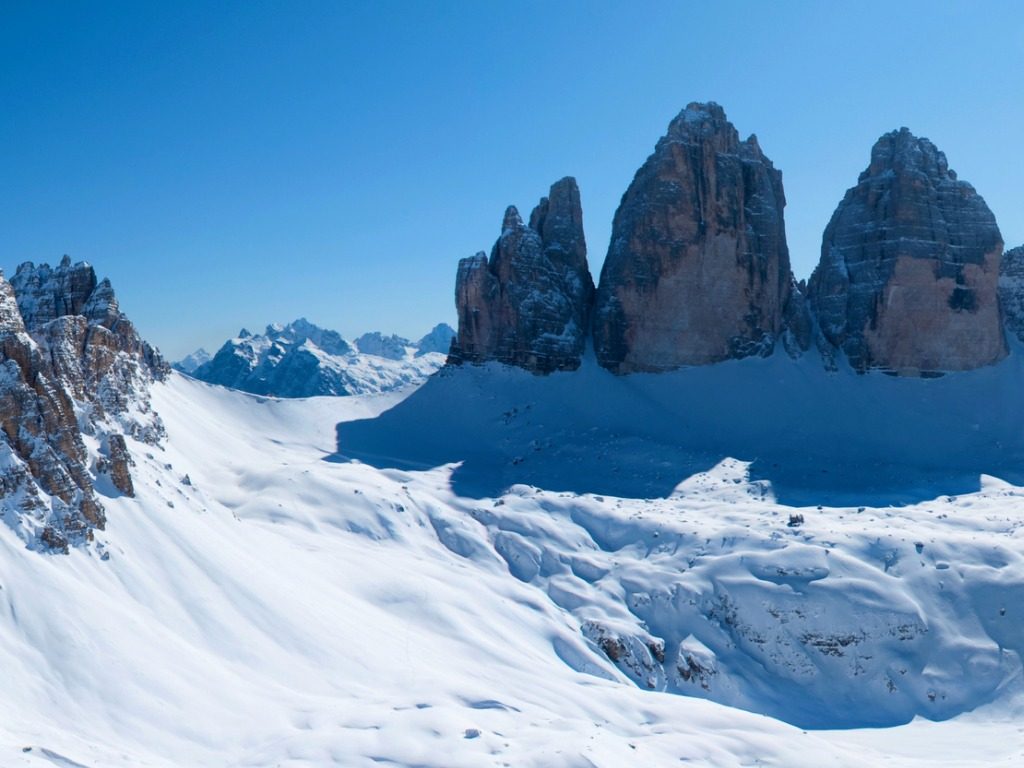 The Tre Cime di Lavaredo and Monte Piana in the Dolomites mountain range in northeastern Italy served as the mountain planet Vandor where Han Solo and Chewbacca take part in a train heist in Solo: A Star Wars Story. 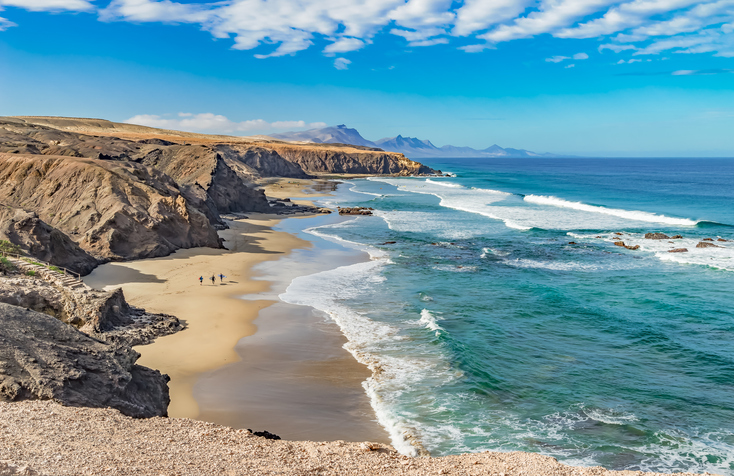 Fuerteventura in the Canary Islands doubles up as the planet Savareen in Solo. The otherworldly landscapes of the sand dunes at Cañada La Barca and La Barca Beach can be seen at the end of the film.

With many more Star Wars films to come, there are sure to be lots more amazing locations features onscreen. Are there any other Star Wars filming locations and real places that brought other planets to life which we’ve missed? If so, be sure to share them in the comments below. 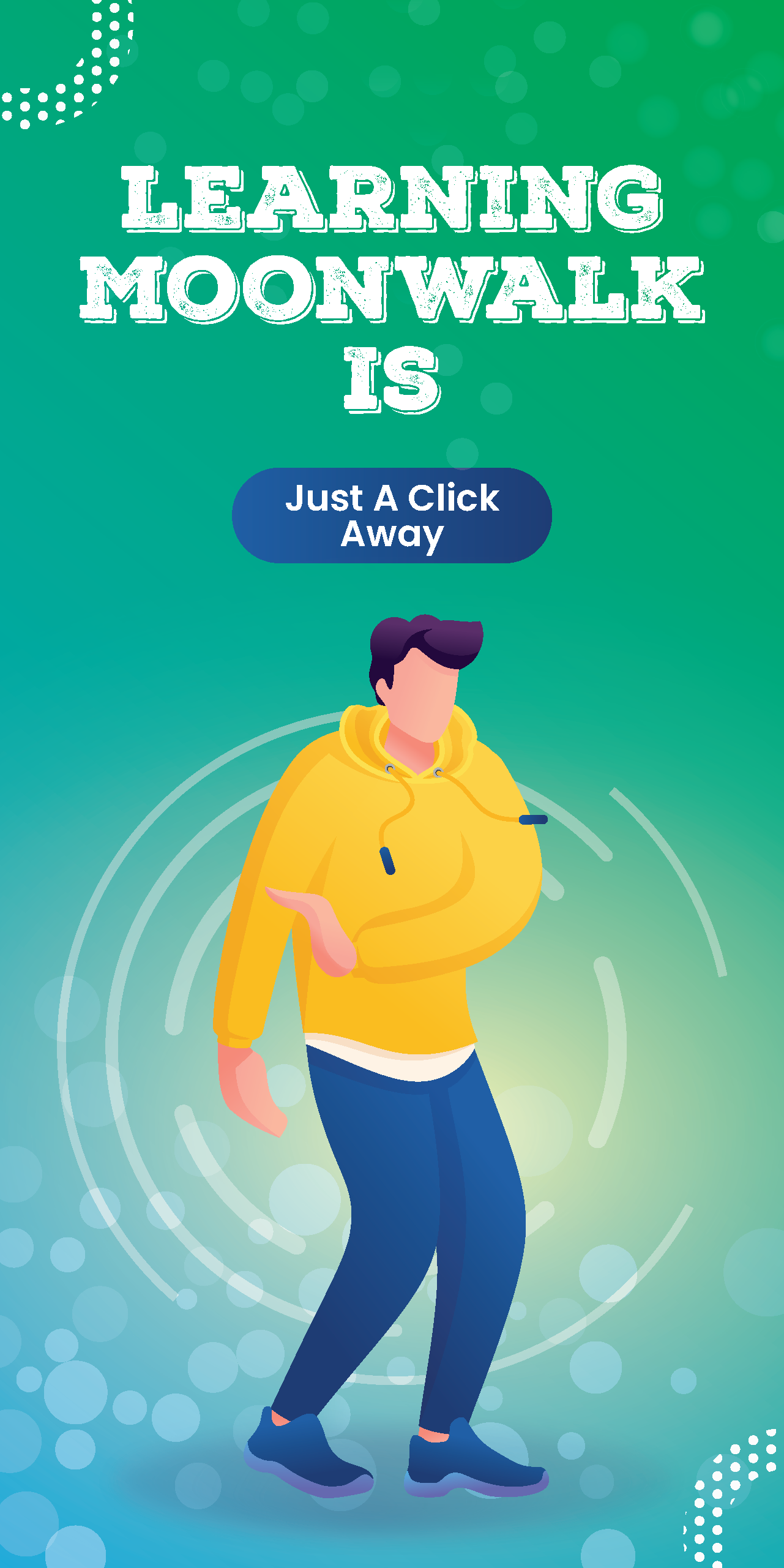