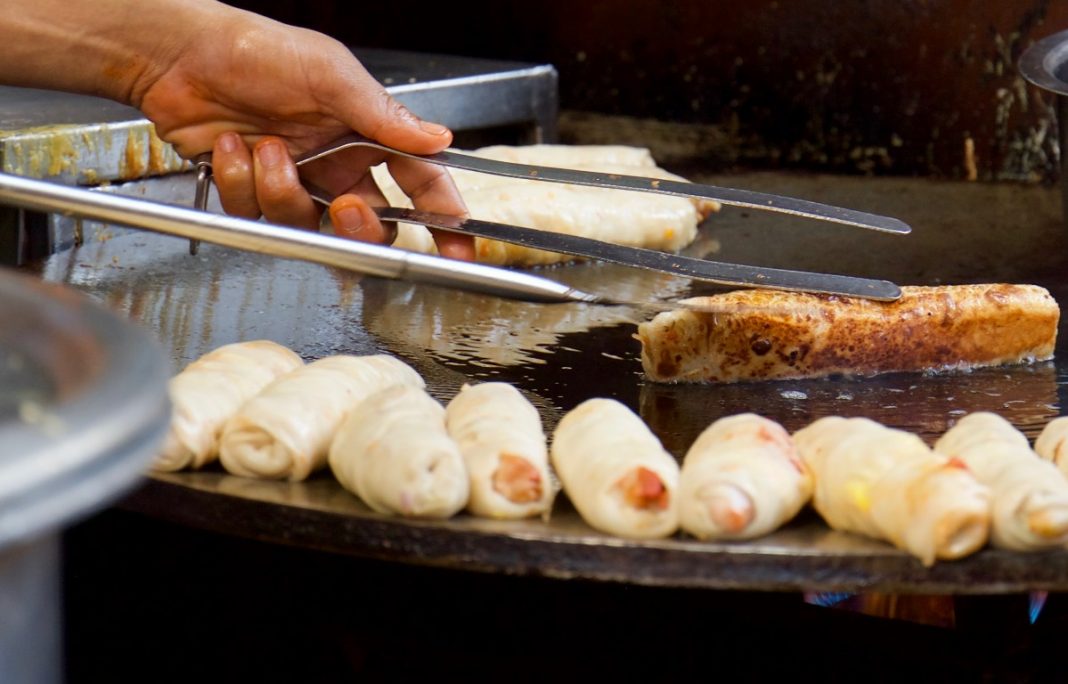 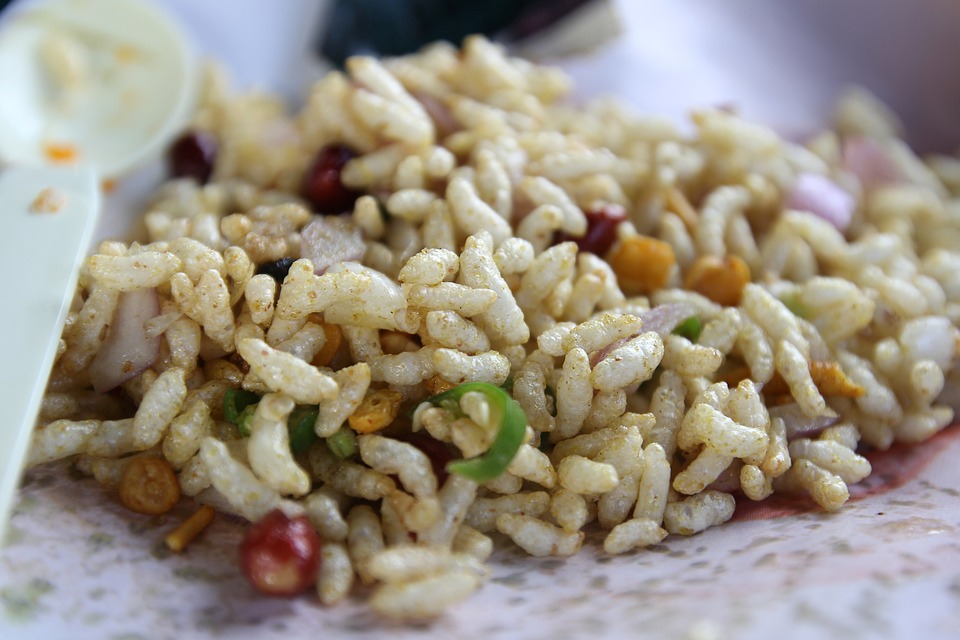 This popular savoury snack. It is a mixture of puffed rice with peanuts, chopped onions, tomatoes, chiles, and spices, all tossed and drizzled with mustard oil. This is then served in paper cones or plates by vendors all over the city.

Another widely loved Kolkata snack are phuchkas. Better known as gol gappas or pani puri across the rest of India, these hollow crispy balls are generously stuffed with mashed potatoes and spices, and then dipped in various watery chutneys.

Similar to the dahi vada, this dish consists of deep-fried balls of minced meat served with sweetened yoghurt that is sprinkled with spices such as chilli powder, cumin, mustard seeds and fenugreek. 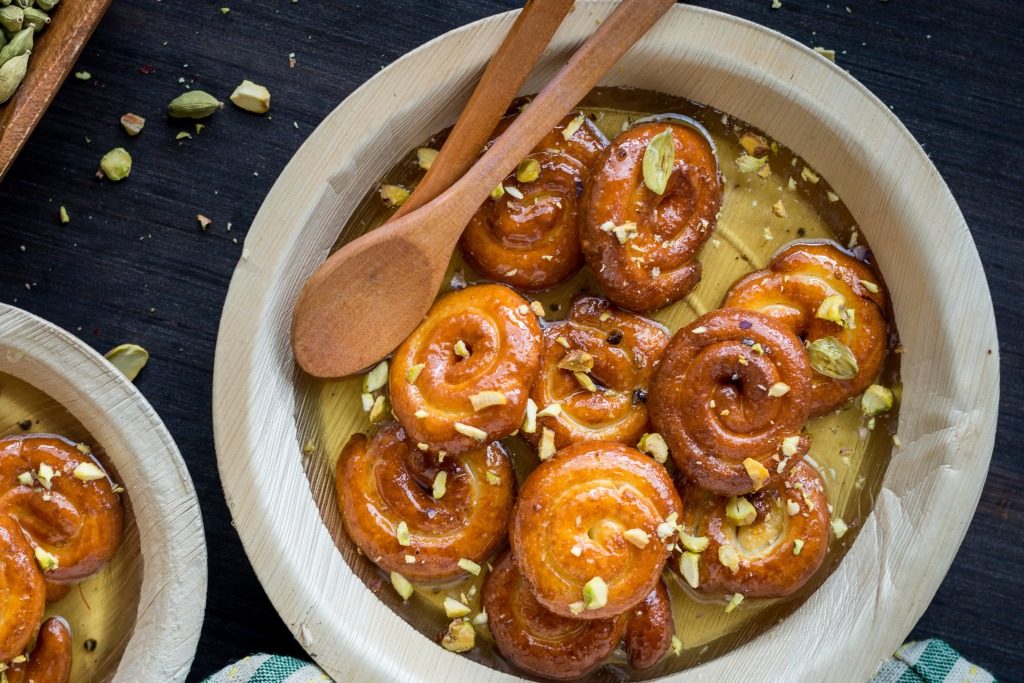 Chanar Jilipi is a variation of the more well-known jalebi. It much thicker than a jalebi, and is made out of cottage cheese, which also makes it soft and chewy. The chanar jilipi is then soaked in generous amounts of sugar syrup, and served.

This delicious savoury street food is made with dried peas that are cooked with an assortment of vegetables and spices, including onion, chillies, tomatoes, coriander, coconut, and tamarind juice. It can either be had on its own, or with puris.

This crunchy and flavorful snack is made with crushed phuchka shells; they are mixed with mashed potatoes, onions, peanuts, spices, and tamarind pulp. 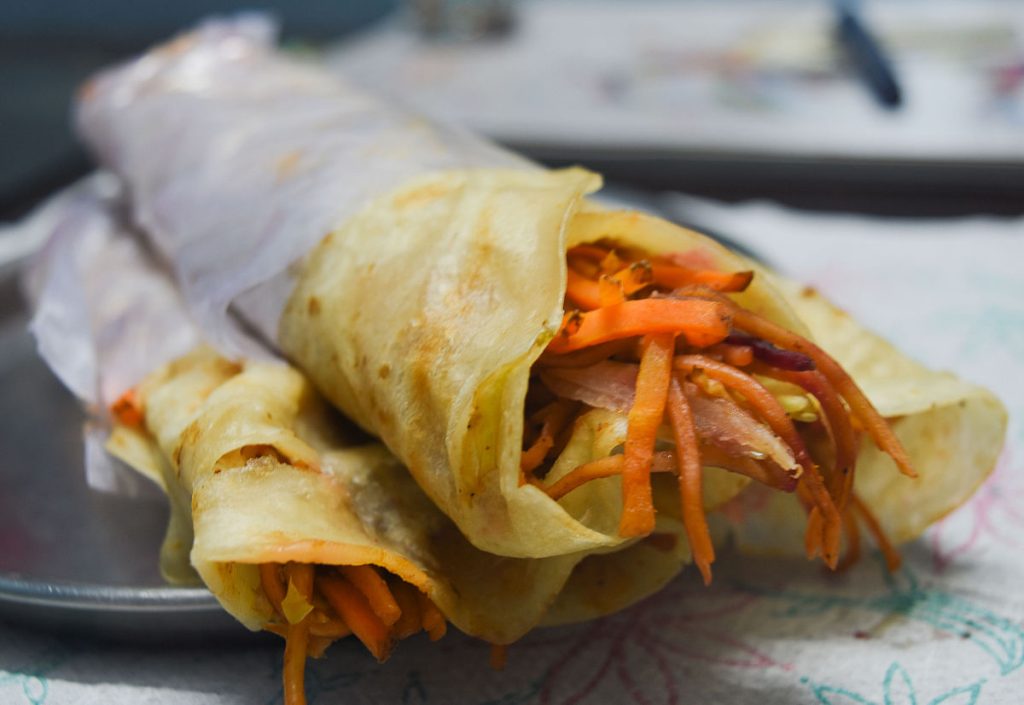 One of the most popular street foods across India, Kati Rolls are essentially a paratha wrapped around various vegetarian and non-vegetarian fillings. They are said to have originated at Nazim’s in Kolkata, though Kusum Rolls is also a popular option.

This one-of-a-kind beverage is unique to Kolkata. Doodh Cola is essentially a mix of chilled milk and a variety of aerated soft drinks (or colas) that are served in small clay cups with lots of ice. The drink is said to have originated at Balwant Singh’s Eating House.

Telebhaja literally means ‘fried in oil’, and this deep fried crispy snack is made by coating various items like onion rings, potato, pumpkin, and eggplant in a batter and deep-frying them. It is a great accompaniment to evening tea, or on a rainy day. 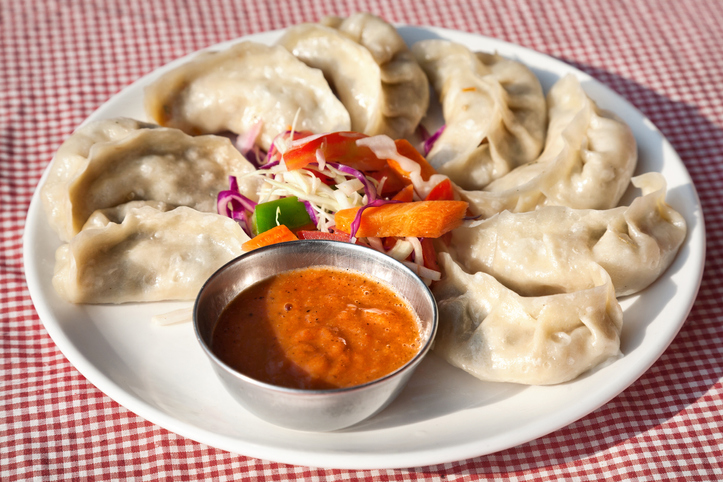 Momos are another popular found across India. These steamed dumplings are a staple of Kolkata’s street food. They are filled with ground meat, vegetables or cheese, and are usually served with a spicy dipping sauce.

Also Read: Try These 35 Delicious Types of Dumplings Around The World 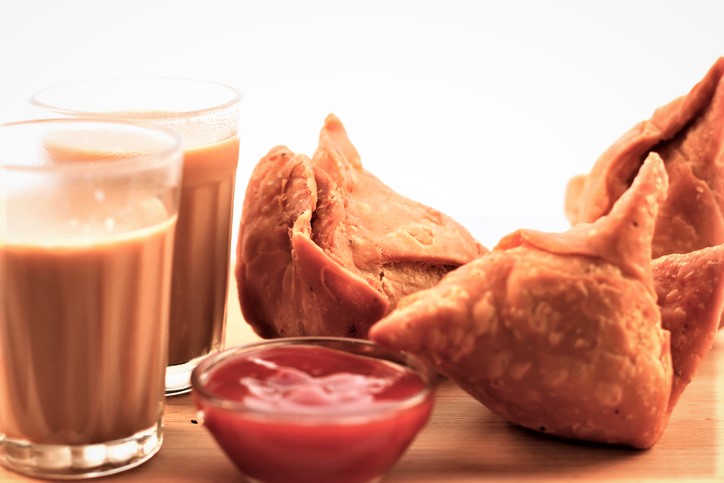 The Bengali version of the well-known samosa, these delicious triangular snacks are usually stuffed with potatoes, though there are also non-vegetarian versions that can include a stuffing of minced meat. 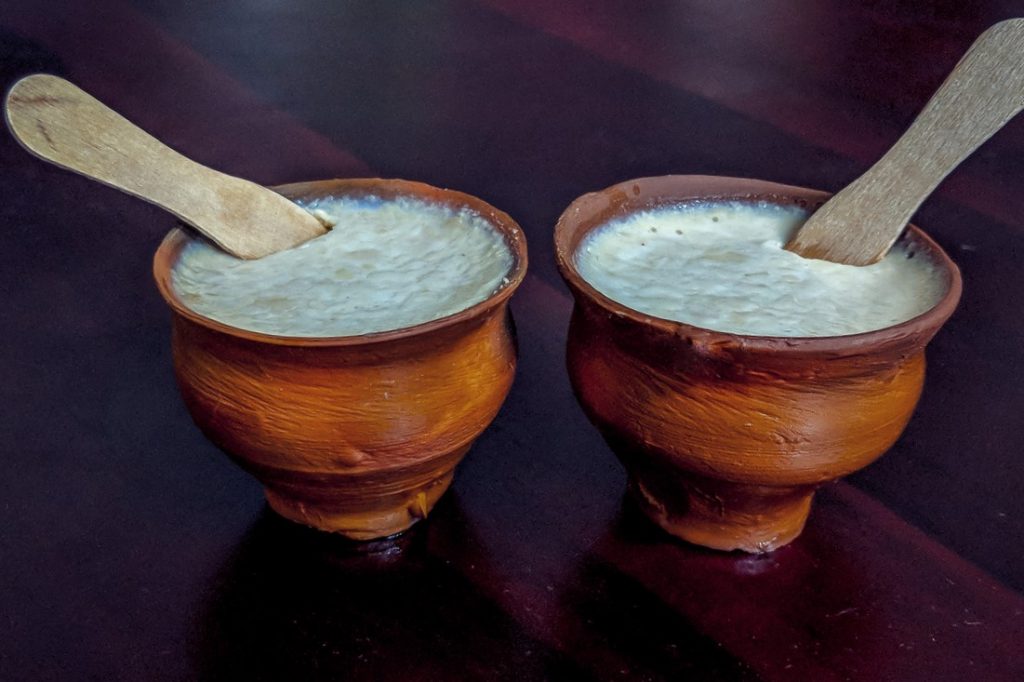 Another Bengali favourite mishti doi is fermented sweet yoghurt, and is one of Kolkata’s favourite sweet treats. It is often sold in clay cups in shops and stalls across the city, along with a wooden ice-cream stick to eat it with.

Though popularly known as Kolkata’s version of the deviled egg, the Dimer Devil is actually more similar to Scotch eggs. They consist of hard-boiled eggs with a coating of spicy minced meat, and breadcrumbs that are then deep-fried. 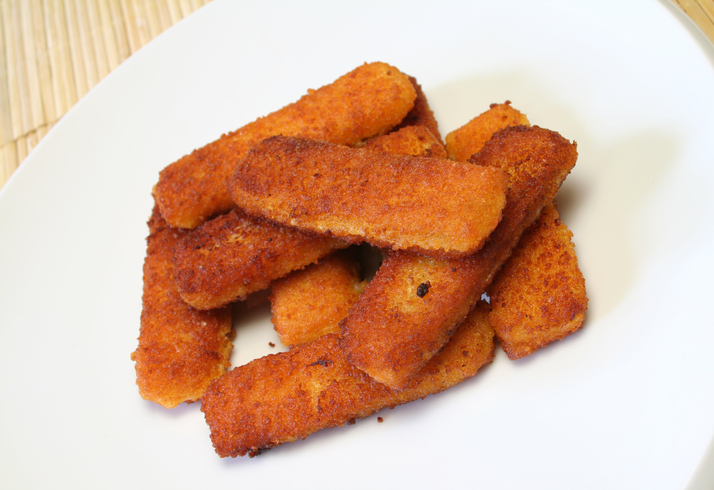 This spicy potato snack is something you must definitely try when in Kolkata. Diced and boiled potatoes are mixed with onions, tomatoes, chickpeas, chillies, and tamarind pulp.

There are lots of other delicious street foods in Kolkata, such as Mughlai Parathas, Chowmein, and much more. Have we missed any of your favourite dishes of street food in Kolkata? If so, do share them in the comments below.