More
Home Topics of Interest Bucket List Have You Been To Any Of These Stunning Islands Of Japan? 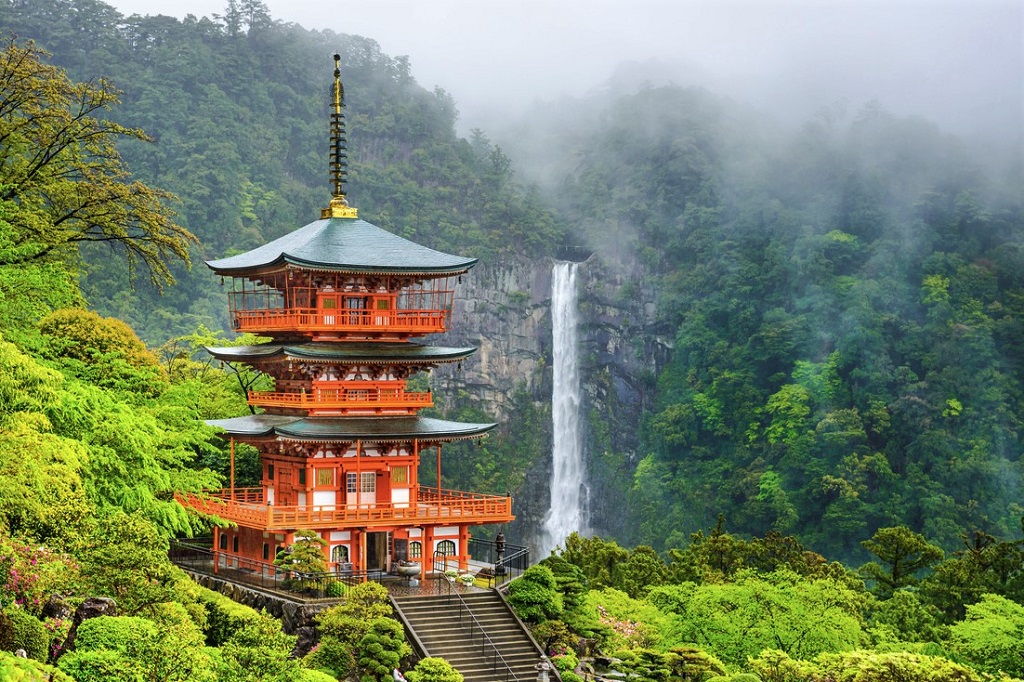 An island country of east Asia, Japan is a nation made up of an astonishing 6,852 islands. Out of these, 420 are inhabited. And while most of us are aware of the four main islands of Japan, Honshu, Hokkaido, Shikoku and Kyushu, there are thousands of spectacular islands each with its own unique landscape, history, and culture. This country is a timeless travel destination which is revered for its Buddhist temples, breathtaking landscapes, stunning ecosystems, bustling metropolises, and the fresh fish markets. To celebrate the diversity of the archipelago, explore the lesser known islands of Japan with us. Here we have compiled a list of some islands in Japan that you shouldn’t miss.

Also Read: Japanese customs you should know before travelling to Japan

Have Unforgettable Experiences At These Islands Of Japan

Lying just off the coast of mainland Niigata prefecture, Sado Island is the largest island in the Sea of Japan. Due to its isolated location, it used to serve as a dumping ground for those politicians and intellectuals who fell out of favour with the government up until 1700. This little island is one of the larger Japanese islands on this list and is associated with Kodo, the dynamic drumming group, and is known for the Earth Celebration, an annual music festival hosted by Sado’s own, world renowned Kodo taiko (drum) group, focusing on drumming, humanity, nature, and Japanese culture.The island offers lush mountain scenery with rocky coves, cliffs and emerald waters, perfect for kayaking or diving. Sado Island is also home to one of the world’s richest gold mines and endangered Japanese ibis (toki), which were extinct in the wild but then reintroduced to the island all thanks to a successful breeding program.

The second-largest island in Okinawa after the main island of Okinawa, is Iriomote, Japan’s tropical pocket of paradise. This island is a treasure trove of nature where nearly 90 per cent of its land is covered by dense jungle and mangrove forests. Being largely undeveloped, this island still feels untouched by mass tourism. Iriomote Island is also the largest of the subtropic Yaeyama Islands and offers popular activities like sea and river kayaking, fishing, sailing and trekking that can be enjoyed with your family. As the entire island is designated as a national park, we’d also recommend jungle cruises, which allow you to leisurely explore the river home to dense mangroves. Along with the jungles, the island is also fringed by picturesque beaches where you can snorkel and scuba dive. Wide areas of this island in Japan are part of the southernmost of Japan’s national parks: Iriomote Ishigaki National Park, one of Japan’s most unique parks.

Another one of Yaeyama Islands, Ishigaki is a Japanese island south-west of Okinawa Hontō. It is the transportation hub of the Yaeyama Island group and also the group’s commercial centre. It is home to plenty of excellent beaches, such as Yonehara Beach, Fusaki Beach and also the world famous beauty spot Kabira Bay. It offers crystal clear azure waters best explored while diving and snorkeling, where you’ll find magnificent sub-tropical fish, clams and wildlife on the corals nearby. While Ishigaki is a thriving urban centre, it also boasts secluded coves, white sand beaches, and pineapple plantations that make it feel like a timeless tropical paradise. It is the third largest island of Japan and the second largest among the Yaeyama islands. Ishigaki island is also associated with Ishigaki yaki a unique form of pottery, the Sabichi limestone cave, the only cave you can go through to the sea in Japan, and Ishigaki Yaima village, where you can explore how the locals lived during the rule of the Ryukyu Kingdom (1429 to 1879).

4. The Island Of Ancient Forest And Water: Yakushima Island

Part of the Kagoshima prefecture, Yakushima lies off the southern coast of the southernmost of Japan’s four major islands, Kyushu. This mossy, subtropical island is covered by an extensive cedar forest that contains some of Japan’s oldest living trees, among a collection of ancient cedar trees called yakusugi, estimated to be between 1,000 and 7,000 years old! Yakushima Island is a nature lover’s paradise and a designated UNESCO World Heritage site. Along with its hushed, pristine, mist-shrouded forests, you’ll also find impressive mountains, coral reefs, alpine plants, and animals unique to Yakushima including the Yaku monkey and Yaku deer. The island is fringed by small villages and a single main road that connects them, but the mountainous, wooded interior remains undeveloped and you get a plethora of hiking and nature trekking adventures. Also called the Island of Ancient Forest and Water due to the huge Yaku cedars, this island served as the inspiration for the magical backgrounds of Studio Ghibli’s ‘Princess Mononoke’.

Located approximately 300 kilometres southwest of the main island of Okinawa, Miyako Island is home to beautiful beaches, perfect for sunning, swimming and snorkeling. It is the largest and the most populous island among the nine inhabited islands that make up the Miyako Islands of Okinawa Prefecture. Floating 100 kilometres/60 miles north of Yaeyama Islands, Miyako Island is a relatively flat island made of elevated coral reef. It is also the fourth largest island in the Okinawa prefecture and boasts coral reefs, colourful marine life, and excellent sunny weather. This picture perfect island is believed to be home to some of the best beaches in Japan such as Yonaha Maehama Beach, Sunayama beach and Painagama Beach. If you want to explore the tropical side of Japan, you can visit the Tropical Botanical Garden here which contains 1,600 different types of plants that include foliage from other tropical landscapes like Taiwan, Southeast Asia, and Hawaii. This island in Japan is connected to three islands by bridge, Irabu (longest toll-free bridge in Japan) and Shimojiji to the west and Ikema to the north.

Ogasawara is a name given to a cluster of Japanese islands that cover a surface area of 7,939 hectares, that’s located about 1,000 kilometres/600 miles south of Tokyo. They consist of 30 islands clustered in three groups, of which only two are inhabited—Chichijima (Father Island) and Hahajima (Mother Island). Also known as the Galapagos of Asia, these islands are home to a variety of landscapes, along with over 190 endangered aerial species such as the Bonin flying fox, over 400 indigenous plant species, and a clear ocean filled with marine life. The Ogasawara Islands are registered as a UNESCO World Heritage site, and offer many fun family-friendly outdoor activities such as whale watching, diving, and swimming with dolphins. The islands are technically under the Tokyo administration and you can reach them via an ocean liner which goes there once a week and takes almost a day to reach.

Located in the Sea of Japan, some 50 kms off the northwestern tip of Hokkaidō, Rebun island is one of the most remote islands in Japan. This long and narrow island along with Rishiri Island, belongs to the Rishiri-Rebun-Sarobetsu National Park. The island is famous for its abundance of alpine flowers, best seen during summer (June to September). Its 300 species of alpine flowers cannot be found anywhere else in the world. The island’s signature flower is the usuyukiso (or Rebun edelweiss). Enjoy hiking or cycling up the mountainous Rebun Island for views of alpine flora and neighboring Rishiri Island, but don’t miss the scenic drive along the steep southern coastline. Rebun island is also home to a chasi—a hilltop fortification of the indigenous Ainu people.

Explore The Unique Culture Of These Islands In Japan

Surrounded by sea, Japan consists of a great string of islands with different landscapes ranging from lush tropical paradises in the south to dramatic snow-capped volcano peaks in the north. This East Asian country is a volcanic archipelago which is home to stunning ecosystems such as coral reefs, volcanic peaks surrounded alternately by plush powder snow or vibrant alpine flowers, and sloping fields of technicolour flowers. Dripping with natural beauty, the country blends ancient cultural traditions with aspects of modern life. Out of the many unknown treasures of Japan, we’ve put together a list of our picks for the best Japanese islands to explore. If you have been to these islands of Japan, let us know all about your experiences in the comments below.

Also Read: 16 Japanese Dishes That AREN’T Ramen That You Must Not Miss