More
Home Europe Albania 22 Stunning Places To See In Albania That You Absolutely Must Not... 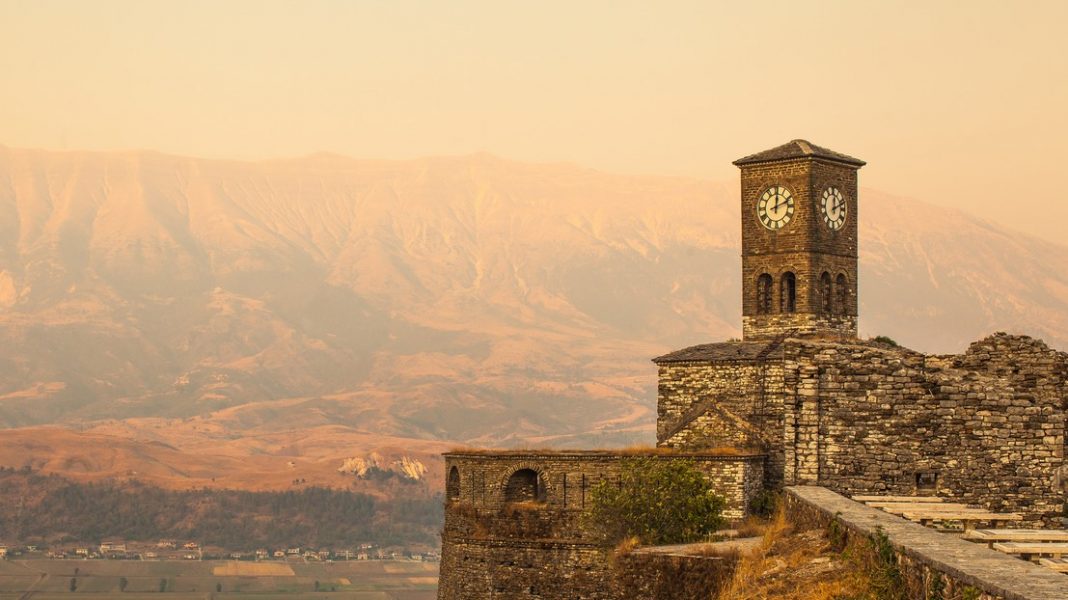 Albania may not yet be a go-to travel destination, but it is full of unmatched natural beauty. From its rugged coastlines to its soaring mountains, there are plenty of amazing places to see in Albania. This unspoiled destination also has some of the best examples of Ottoman architecture in the world.

The clear Mediterranean air and stunning beaches of Albania are surrounded by villages where time seems to have stood still. With a vast array of unique attractions, here are some places to see in Albania:

Tirana, the capital of Albania, is the vibrant heart of the country. It is also the entry point for most visitors. Its welcoming, relaxed vibe, busy restaurants and bars, and excellent museums make it a compelling place to visit. Don’t miss the Et’hem Bey Mosque, the Old Bazaar, the National Historic Museum, and the revolving Sky Tower.

Straddling the border between Macedonia and Albania, Lake Ohrid is one of the oldest in Europe. The massive Galičica Mountain looms over the lake and the Albanian town of Pogradec. The lake’s unique wildlife and blue waters are surrounded by countless stunning medieval churches and Roman ruins. You can also visit Lake Skadar, the largest lake in Southern Europe. Lying on the border between Albania and Montenegro, it is famous for its bird reserve.

Located in the middle of the country, the town of Berat is famous for its mix of Ottoman and Albanian architecture. It old streets are full of historical sites, though perhaps the most well-known are the 13th-century Berat Castle and the Church of St. Mary of Blachernae. The houses in Berat climb up the steep hill overlooking the Osumi River. This has led to the town earning the name the “City of a Thousand Windows”.

The Albanian Riviera is one of the country’s most popular destinations. This line of seaside villages, from Palasa to Lukove, is also known to locals as “Bregu.” The Riviera offers a unique mix of quaint villages, lush natural beauty, and vibrant nightlife. Many international music festivals also take place here. Don’t miss the seaside town of Himara, as well as Porto Palermo Beach, Drymades Beach, Llamani Beach and Filikuri Beach.

Apollonia was once an important Greek city, though all that is left today are magnificent ruins. Founded around 588 BC, it is located near the city of Fier. The ruins include a fascinating 12th-century Byzantine monastery and a theatre. You can also visit the excellent museum nearby to learn more about the museums.

Located near Muzinë in Vlorë County, the Blue Eye (or Syri i Kaltër) is a naturally occurring water spring. It is a popular attraction, known for the clear blue waters that for a pool over 50 meters deep. The pool is surrounded by oak and sycamore trees. While it is unknown exactly how deep this mesmerising pool goes, its natural beauty makes it a must-visit of the places to see in Albania.

The beautiful hillside town of Gjirokastra is one of the best places to see in Albania. There has been a settlement here for 2500 years. Overlooking the Drina Valley, the imposing Ottoman-era houses and the majestic castle attract visitors throughout the year. The town has also been the birthplace of world-renowned author Ismail Kadare and Albania’s former dictator Enver Hoxha.

Vlore is one of the most popular coastal towns in Albania. Located in the south-west of the country it is known for its sunny beaches that stretch for several kilometres along the coast. The area is also famous for its olive production, seafood, and hip bars. Vlore is also full of historic sites, such as Kanina Castle, the Monastery of Saint Mary and Orikum Ancient Theatre. However, perhaps the most famous is the Albanian Independence Proclamation Building.

Located near Tirana, Krujë (or Kruja) was once the capital of the Kingdom of Albania and the site of a rebellion against the encroaching Ottoman Empire in 1443. The magnificent Krujë Castle was the centre of this movement led by George Kastrioti Skanderbeg. While the town was eventually conquered by the Ottomans after his death in 1478 and held until 1912, Skanderbeg is remembered as a hero. Today, you can visit the National Ethnographic Museum and the Skanderbeg Museum around the castle, as well as a stroll through the historical city

Away from the towns and cities, in the north of Albania lies the stunning Theth National Park. Set amidst the Albanian Alps, this area includes various rugged peaks, such as Thethi, Boga, Ramza and Vermoshi, and is a favourite among hikers. The beautiful park is also home to the Grunas Waterfall and the Lock-in Tower.

The ancient ruins of Butrint (also called Buthrotum ) are one of Albania’s hidden gems. Located near the city of Saranda on the Albanian Riviera this UNESCO World Heritage Site this site has been inhabited from prehistoric times by various peoples, including both the Greeks and the Romans. It is considered to be one of the greatest classical cities of the Mediterranean and is also part of a large national park. Don’t miss the Greek theatre, public baths and the 6th-century basilica

The town of Korça (or Korçë) is one with a proud cultural heritage. Korça recently saw a major urban renewal, especially at the town’s Old Bazaar. Its cobblestoned streets are filled with villas from the 20s and 30s, as well as both traditional and modern restaurants, shops, bakeries and cafés. You can also visit the excellent Museum of Medieval Art.

Llogara National Park is one of the most diverse areas in the country. Stretching from the Ceraunian Mountains to the Albanian Riviera, it includes everything from large alpine meadows to vertical rock faces, dense forests, and the sunny coast of the Ionian Sea. The park is also home to various important species of plants and birds, such as the griffon vulture and the golden eagle. The park is an excellent place to go hiking and paragliding.

Shkodër is the northern Albanian capital and the cultural heart of the country. Said to be among the oldest cities in Europe, its narrow streets are filled with buildings from the Ottoman era, including spectacular bridges across the river Kir. Shkoder was also once home to famous missionary Mother Teresa.

Also known as Prokletije, the Accursed Mountains (Bjeshkët e Namuna) are an area of the Albanian Alps. They offer some of the most beautiful scenery in the country. a popular destination for hikers, the area takes you right back in time to an era deeply rooted in traditions, blood feuds, and local pride. Fortunately (or unfortunately), however “cursed” these forested mountains are, Harry Potter fans are unlikely to run into any Dark-Lords-in-hiding here.

This beautiful little monastery is not frequented by visitors. It is located on a hill between the towns of Lushjë and Fier. Its 18th century Church of St Mary is filled with fantastic interiors. A golden pulpit is covered with adornments, while frescoes are displayed on the walls and the iconostasis dominates the nave.

Located in the town of Gjirokastra, this fascinating building deserves its own entry on this list. Dating back to 1811, the three-storey house features a beautiful double-arched facade and twin towers. But, what makes it unique, is the fact that it has been left virtually unchanged since the Ottoman-era. Make sure to get permission from the owners who live next door.

The town of Durrës is home to the recently rediscovered amphitheatre (it was found in 1966). Dating back to the early 2nd century AD, it could once seat up to 20,000 spectators. While it now lies in ruins, it is still a majestic site, as is the on-site Byzantine chapel filled with mosaics. Don’t forget to visit the Durrës Archeological Museum nearby. It is filled with a rich collection of local historical artefacts.

Dublin is quite well connected. The Dublin Airport has flights from a large number of European cities. It is also connected to the city proper by both local buses and an express Aircoach service. Dubin has two main train stations. Heuston Station to the west of the city centre serves the west and south of the country. Connolly Station in the north-east serves the south-east and the east coast.

You can also take a passenger ferry from Wales and England via Liverpool and Holyhead. Dublin itself also has an extensive bus network and two train services. The Luas runs through the city centre, while the Dublin Area Rapid Transit (DART) is a suburban rail service. It is also possible to hire a bike to get around the city.

There are lots of other places to visit in Albania, and if we’ve missed any, be sure to share them in the comments below.