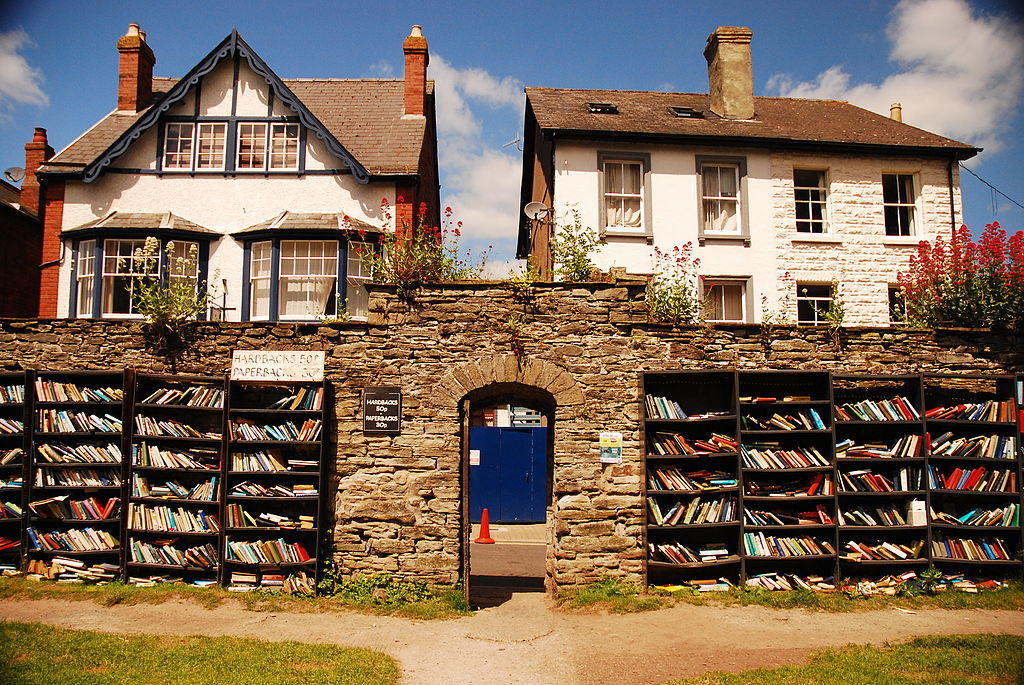 With the rise in the digital age, it has been tough to maintain the love for traditional publishing. The biggest testimony to the revival of books is the large swathe of literary festivals mushrooming up in every part of the world. Held annually in many corners of the world, these festivals attract huge numbers of people from all backgrounds together- readers, writers, playwrights and publishers who come to spend a week or weekend exchanging ideas with like-minded people.

Also Read: Get Your Groove On: The 10 Best Music Festivals From Around the World

So, where should you travel to get your literary fix? Well, worry not book-lovers! We have the best 12 literary festivals that every bibliophile should attend at least once in their lifetime!

The International Literature Festival Berlin is held annually every September and it takes over most of Berlin’s cultural institutions, including theatres and museums. The aim of this ten-day annual literature festival is to offer locals and visitors unparalleled access to everything new and innovative in the world of literature. Founded in 2001, this global festival allows you to find all about the latest trends in prose, fiction, poetry and children and adolescent literature- all under one roof!

Known to be the largest free literary event in New York, Brooklyn Book Festival runs over a week in September. This annually held festival takes place in a Downtown park and features authors from over twenty countries in conversation and panel discussions. The details of the events are released from January onwards so plan accordingly (especially when the events held at several locations dotted around the city).

One simply should not miss its main highlights that include: a) The Saturday Children’s Day (at Metro Tech Commons) where one can find literature for under-11 years and listen to delightful children’s book readings, and

One of the oldest and best-loved literature festivals in the world, the Cheltenham Literature Festival welcomes over 600 distinguished local and international authors, poets, politicians, thinkers and stars to Cheltenham for an inspiring mix of debate and discussion. The fair runs for 10 days every autumn (2019 dates are 4th to 13th of October) and features lectures, poetry readings, children’s events, interviews, storytelling, book groups, writing workshops, education projects, live literature.

Founded in 1983, the Edinburgh International Book Festival transforms Edinburgh’s tranquil Charlotte Square Gardens into a huge tented village dedicated to all things literary.  Known to be one of the city’s most popular and vibrant events, it takes place over 16 days every August and features around 900 events hosting around 800 speakers a year. These speakers would include bestselling authors to Nobel Prize winners, and even aspiring novelists and poets.

4Hay Festival of Literature and Arts

Started in 1987, this 10-day festival is held every May in Hay-on-Rye in the beautiful Brecon Beacons National Park in Powys, Wales. Over the last 30 years since it began, Hay Festival of Literature and Arts has become more than just a book festival. It has spread to various parts of the world (like Peru, Spain, Colombia and Mexico) bringing together different cultures and languages. This renowned literature festival brings some of the most talented authors, playwrights, publishers and book lovers for ten days of pure literature bliss. Not just for adults, it has Hay Fever, a children’s festival that runs concurrently for book-hungry little ones.

Paraty’s International Book Fair (Flip) is Brazil’s premier cultural event that takes place each year in July in the town of Paraty, located on the Pereque-Acu River. Surrounded forest-clad mountains, pristine coastline and colonial buildings, the scenic location of Partay is a surely hard to beat. For five days (between June 29 and July 3), the town hosts several local and international authors, poets, playwrights and other artistic events and exhibitions. As part of the festival, there is also an educational program called- Flipinha, which was created to stimulate and encourage reading among students and teachers of the Paraty school network. Another arm of the festival is called FlipMais and includes live theatre, music and cinema which visitors can enjoy at a variety of venues dotted around the city.

Hosted by The University of Southern California in Los Angeles, this free literary festival takes place for over two days in April where it attracts over 150,000 guests every year. As informal as it looks, the festival has book drops and swaps, live theatre performances, workshops, readings and story-telling sessions presented by a variety of established and emerging writers and publishers.

Each year Sydney hosts the week-long Sydney Writers’ Festival, which presents more than 300 events celebrating literature and ideas. Immerse yourselves in the world of literature as this festival brings together some of the best literary minds in Australia and beyond that get together to discuss their own work in relation to a central theme.

This perennially popular event attracts up to 100,000 avid readers each year and allows them to meet and listen to representatives of a wide variety of literary genres including screenwriting, fiction and non-fiction, poetry, performing arts, biographies and children’s literature.

The Ubud Writers and Readers Festival was launched in the Bali hills as a response to the 2004 bombing and has now grown into Southeast Asia’s premier literary event. It is held every October where the literary professionals from over 30 countries share their insight exploring each year’s central theme drawn from a Balinese Hindu philosophy (for example Karma, this year).

With some of the finest minds attending the festival, it becomes a platform for meaningful exchange and cross-cultural dialogue that should not be missed. As UWRF takes place at a number of venues throughout Ubud, take a free shuttle that will take you from place to place.

Founded by Salman Rushdie, Esther Allen, and Michael Roberts in 2005 with the aim of combating isolationism in the wake of the 9/11 terrorist attacks, PEN World Voices Festival is an annual event that showcases the work of hundreds of international writers and journalists. This international literature-focused festival takes place at various venues in New York City every April and offers emerging writers and journalists an insight into the real issues facing writers in the current political era. You can look forward to listening to talks and debates by more than 150 talented and respected authors, journalists and activists who come together to debate over specific issues each year.

Often dubbed as the “world’s biggest free literary festival”, ZEE Jaipur Literature Festival is a five-day annual event directed by authors William Dalrymple and Namita Gokhale.  Held every year during January against the backdrop of the ornate Diggi Palace, this festival is the perfect blend of the best world-class authors and cultural commentators from the West with those from South Asia. While all the talks (there are usually four or five running at a time) are free and usually full, we would suggest you enhance your experience by signing up for a Delegate Package which will offer you access to the Delegate Lounge and several private events.

Also, each day ends with a joyous concert. *sigh*

This Mandalay-based Irrawaddy Literary Festival is an inspiring non-profit event that brings writers from Myanmar and beyond to share their love for the written word. The distinguished patron of this annual festival is Daw Aung San Suu Kyi and has been the headline speaker in the previous instalments. Every November, this festival hosts some of the country’s biggest literary names alongside international novelists and historians.

Add these destinations to your itinerary and let us know about your bookish-adventures in the comments below!