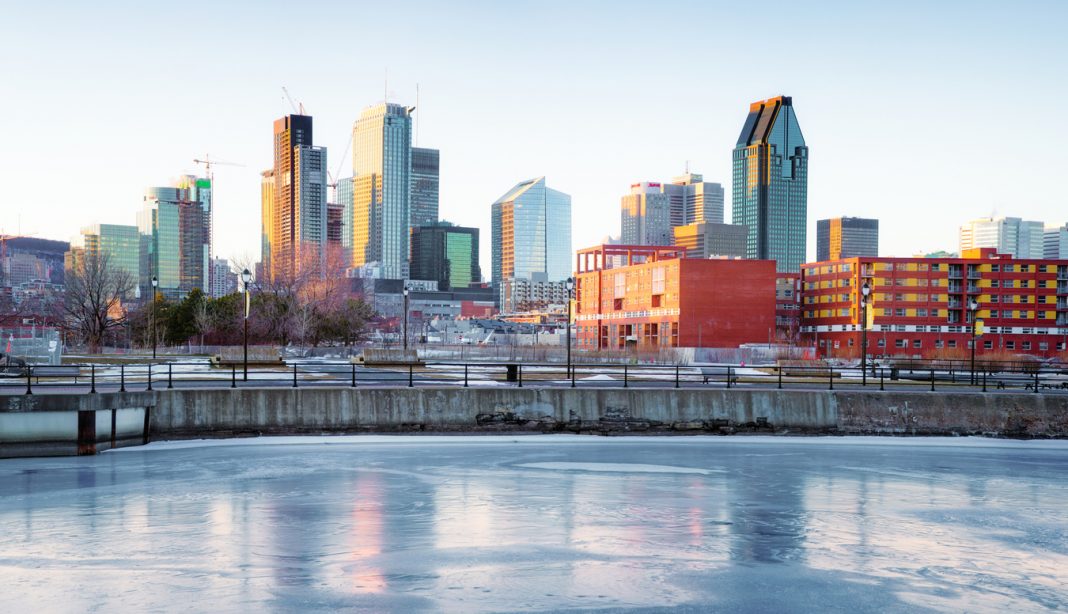 The vibrant city of Montreal is a fun and diverse destination. Among the largest French-speaking cities in the world, its rich history has resulted in lots of wonderful attractions you absolutely cannot miss. From dynamic festivals to delicious food, there are lots of amazing things to do in Montreal.

Also Read: 15 Of The Top Things To Do In Quebec City Canada

Old Montreal encompassed the original French colonial city. It has some of the oldest areas of Montreal and is full of cobblestoned streets, 17th-century buildings, shops, galleries and restaurants. Don’t miss Place Jaques-Cartier, a popular public square that is surrounded by historic buildings and gardens.

Located in Old Montreal, the Château Ramezay was once the residence of a governor of New France. It is now the oldest private history museum in the region and has fascinating exhibits covering five centuries of history. The grand mansion also has a beautiful French colonial style garden.

Also in Old Montreal is the historic Notre-Dame Basilica. The original church on this site was built between 1672 and 1683, however, the current church was opened in 1829. Built in the Gothic Revival style, it is incredibly ornate and impressive.

Montreal has more restaurants than almost any other city in North America and is known for its amazing range of food. The city is particularly known for its poutine, a Canadian classic, as well as its smoked meat sandwiches (found at Schwartz’s Deli), and its unique bagels (try them at either St Viateur or Fairmont). Montreal also has a wide variety of food trucks and many exciting food festivals, such as Burger Week, and La Fête des Restos.

Also Read: 13 Delightful Canadian Dishes You Have To Try In Canada

5Pointe-à-Callière Museum of Archaeology and History

Established in 1992 on the very site that the city of Montreal was founded, the Pointe-à-Callière Museum celebrates centuries of history in the area, from the indigenous people to the present. It has both wonderful permanent exhibitions as well as many exciting temporary shows.

Covering an area of 190 acres, the Montreal Botanical Garden was opened in 1931. It has numerous green spaces and greenhouses that have over 22,000 species of plants. You can also visit the many themed gardens such as the First Nations Garden, the Alpine Garden, and the Japanese Garden.

Running between the Old Port and Lale Saint-Louis, this waterway is located in the southwest of Montreal. Along its banks is a popular urban park that hosts a variety of activities throughout the year. You can also rent a kayak or pedal boat to explore the canal.

Montreal is full of vibrant neighbourhoods that feature colourful street art splashed across the buildings. Streets such as Boulevard Saint-Laurent, Rue Duluth, and Rue Saint-Denis, in particular, are known for their murals by professional graffiti artists. You can even explore this art through a Google Gallery.

Though it isn’t just underground, Montreal’s Underground City is a network of shops, restaurants, museums, schools, hotels, and more all linked by over 20 miles of metro stations and tunnels. It is an excellent solution to Montreal’s often brutal sub-zero winters.

The historic Mount Royal Park was founded in 1876 and is one of the city’s largest green spaces. Covering an area of 200-hectares, it also encompasses Mount Royal, the mountain that is the highest point on the island of Montreal (at 764 feet) that has stunning views of the city’s skyline.

Located on the western side of Mount Royal is St. Joseph’s Oratory, a minor basilica dedicated to Canada’s patron saint. It dates back to the 1920s, as is the largest church in Canada. Its Renaissance-style dome is also said to be one of the largest domes in the world.

Montreal is also a city that is famous for its many festivals celebrating everything from art and literature to cinema, dance, and food. There’s almost always something fun and exciting happening here, especially in the Quartier des Spectacles. Some of the most popular events include the Montreal International Jazz Festival that is held between June and July and the summer Just for Laughs comedy festival. Igloofest, a winter electronic music festival is held in January and February, as is the Fête des Neiges (snow festival).

One of the most prestigious museums in the city, the Museum of Fine Arts was opened in the 1860s by a group of local collectors. It now has over 41,000 artefacts divided into five sections. These include paintings, sculptures, photographs, and decorative objects that date all the way back to antiquity.

Part of the vast multi-purpose complex built for the 1976 Summer Olympics, the Biodome is home to four distinct ecosystems – polar, tropical rainforest, marine, and temperate forest. You can see over 4,500 animals from around the world as well as 50 plant species. The Montreal Biodome is also part of a natural science museum complex (Space for Life) that also includes the city’s Botanical Garden, the Montreal Insectarium, and the Planetarium.

The Contemporary Art Museum of Montreal displays some of the best contemporary art from around the world. Opened in 1964, it houses a range of paintings, installations, sculptures, and more. It also organises a series of performances and events.

Montreal is also home to a lot of lively public markets with vendors offering all kinds of goods as well as local Quebec specialities. One of the oldest is the Jean-Talon Market (Marché Jean-Talon), which is also one of the largest in North America, with over 300 stalls. You can also visit the Atwater Market (Marché Atwater) and Maisonneuve Market (Marché Maisonneuve) which is known for its flower and cheese shops.

The large Parc Jean Drapeau is made up of two islands, Île Sainte-Hélène and Île Notre-Dame. It is known for its many green spaces, hiking and skiing trails, bike paths, and gardens. The park also has Montreal’s largest outdoor concert venue, a casino, a race track, and a beach.

Located on Ile Sainte-Hélène, La Ronde is one of the largest amusement parks in Canada Initially constructed for the 1967 International and Universal Exposition, it is open from mid-May until late October. The park is now run by Six Flags, an American amusement park corporation.

Of course, there are lots of other amazing things to do in Montreal. So, if we’ve missed any, be sure to share them in the comments below.