Wildlife reserves, exotic species, deep blue seas – Tanzania is an amalgamation of the best nature has to offer! Apart from being a world-class wildlife destination, this country in Eastern Africa is a haven for tourists who want a relaxed getaway amidst Tanzania’s lush grasslands. If you’re planning your next getaway to this exotic gem, here’s a list of the top things to do in Tanzania that you cannot miss.

You have to start your vacation in Tanzania amidst the wild species the country is most famous for. The iconic Serengeti National park is the largest in Tanzania and attracts  thousands of tourists every year. You’ll get to see antelopes as well as lions, leopards, cheetahs, hyenas, bat eared fox’s, hunting dogs and jackal. The best time for wildlife viewing is between December and June. The wet season is from March to May, with the coldest period from June to October.

The Great Migration is one of the highlights of the national park. It occurs annually and is home to the migration of over 1.5 million white-bearded (or brindled) wildebeest and 250,000 zebra. There are birds galore, with over 500 species recorded. ‘Serengeti’ means an ‘extended place’ in the Maasai language. It is the best place to observe such a large variety of species in their natural habitat.

2. Beaches in Zanzibar and Stone Town 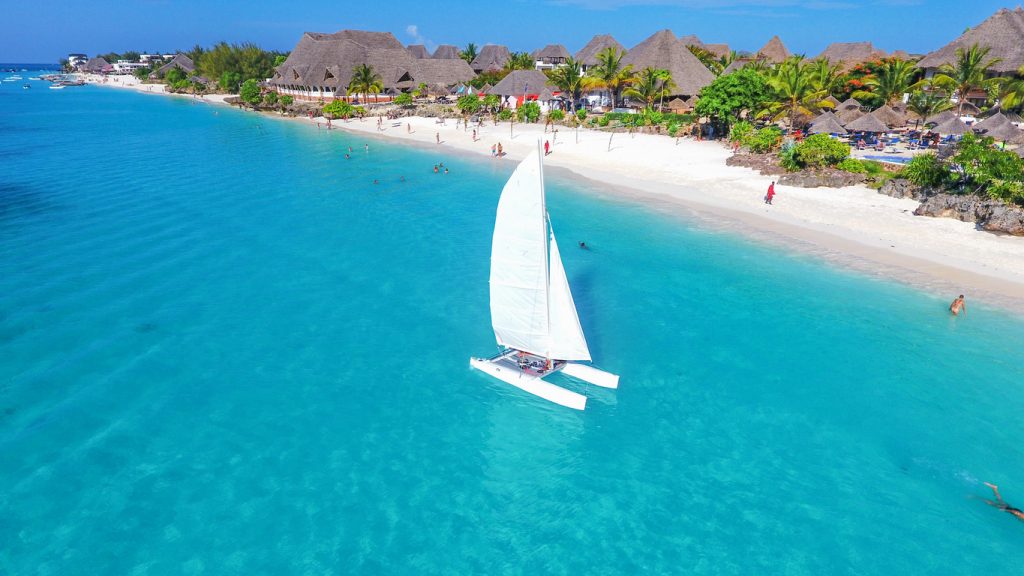 Grab your swimsuits and head to the turquoise waters of Zanzibar for the ultimate chill session. The island of Zanzibar has gorgeous, soft white sand, palm trees and traditional boats. You can choose to lounge on the beach or go and involve yourself with the island life, interacting with welcoming locals. The Zanzibar archipelago consists of the islands of Zanzibar and Pemba.

Stone town is at the heart of Zanzibar and is a delight for tourists. When you tire of the beaches you can head to Stone town. Famous for its narrow alleyways, the town is populated with bicycles and motorbikes.  There’s so much you can see including Arabian townhouses and several other historical sights.

3. Experience Life in a Masai Village

A trip to East Africa would be incomplete without a glimpse into the lives of the Masai tribe. The welcoming inhabitants of the village who were originally nomads and warriors will show you lots of things. For starters, they will make a fire while performing a dance that involves jumping high in the air. Traditionally, this dance is a rite of passage for male warriors in the tribe as they try to attract mates with their jumping skills.

You’ll get to visit the small mud houses around, these houses last up to five years before they are torn down and rebuilt. You can also pick up traditional souvenirs from these villages to take home! 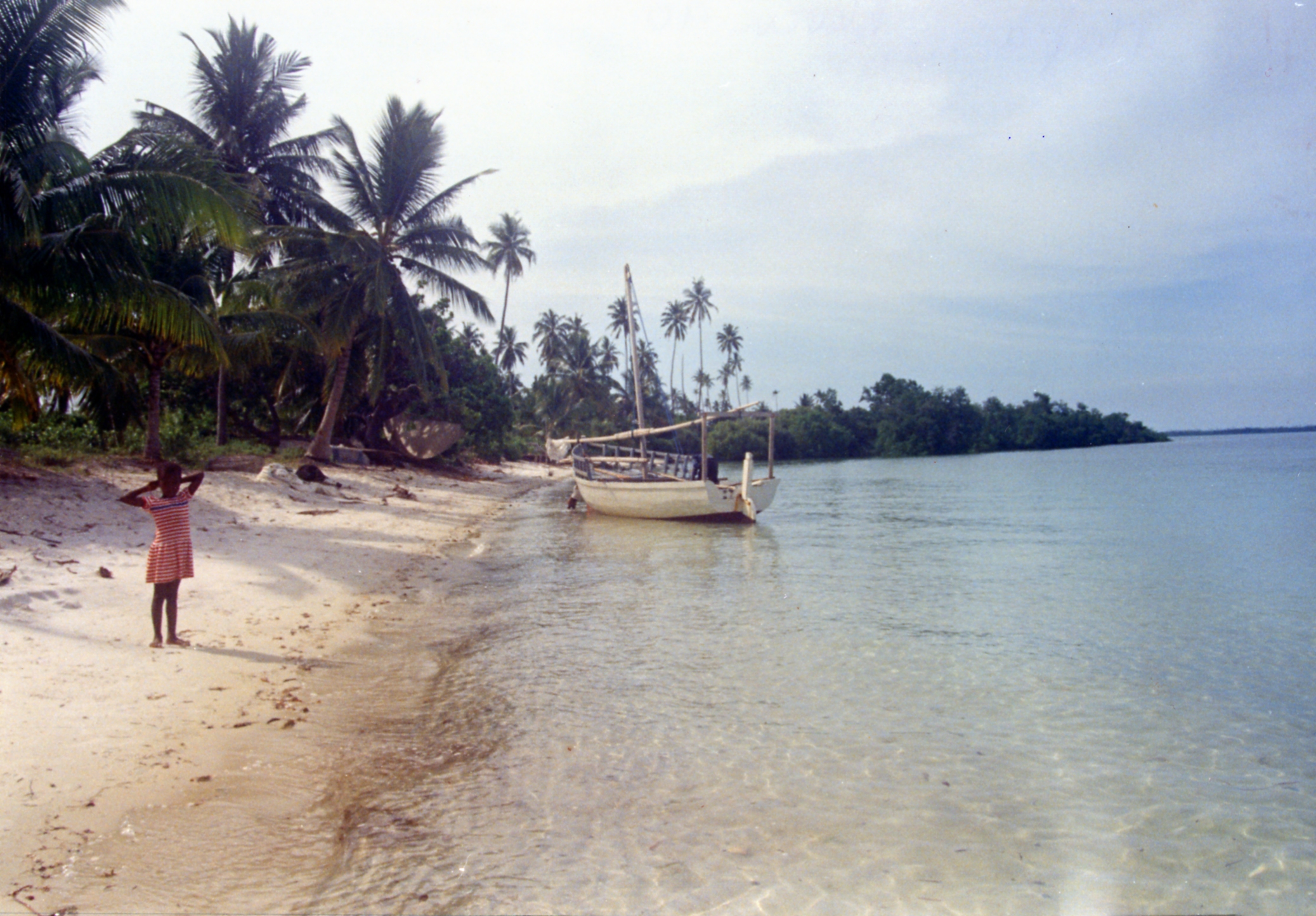 Mafia Island is a traditional breeding ground for the green turtle, which is sadly close to extinction. You could also dabble in deep-sea fishing and get hold of either tuna, marlin, sailfish or other big-game fish.

The Ngorongoro Conservation Area is home to the famous volcanic Ngorongoro Crater. Situated between Serengeti and Lake Manyara, the huge volcanic crater draws all kinds of animals to it because of its permanent supply of water. The crater is the largest intact ancient caldera in the world nearly three million years old. On the crater floor, you’ll witness thousands of wild game, including lions, elephants, rhinos, Thomson’s gazelles, and buffaloes. Tourists come here largely to witness the crater and do some bird and game watching.

The Olduvai Gorge that is a part of the conservation area is a crucial archaeological site. It houses ancient bone and skull fragments that reveal critical information about early mankind. Lake Migadi attracts flocks of flamingos to the shallows while hippos submerge themselves in the waters.

This is an interesting place to explore Tanzania’s rich history. There’s a collection of modern and antique art, information on the history of the hundreds of tribes that inhabit the country and several souvenirs to choose from. It’s essentially a privately owned collection of shops and galleries. You can quite literally walk through African culture as you visit this cultural centre.

There’s also a cinema room that can accommodate 80 people, there’s a Kitengela glass shop for stylish cutlery, jars and other works. The Makonde museum has traditionally carved arts such as the Makonde trees and there’s also a centre for all sorts of African spices, books and other items. If you’re hungry, you can grab a bite at the in house restaurant or coffee shop.

Explore some more wildlife at Lake Manyara National Park. Two thirds of this area is covered by waters of the same name. The lake is most famous for its flamingo population. Apart from the thousands of migrating flamingos you’ll also see storks, kingfishers and eagles. You can also go on a canoe safari.

Lake Manyara is a scenic gem and is most famous for the rare sightings of tree-climbing lions. These lions are the only kind of their species in the world and take to the towering trees during the monsoons. There’s a lot of ecological diversity in the park; ground water forests, bush plains, baobab strewn cliffs, and algae-streaked hot springs all co-exist within the confines of Lake Manyara National Park.

Also known as Changuu Island, it is located about 30 min from Stone Town. The island was formerly owned by an Arab and was used to house rebellious slaves in the 1860s. Now it is most renowned for being the resident colony of Giant Aldabra tortoise, an endangered species that arrived in Zanzibar as a gift from the government of Seychelles.

Some of these tortoises are over 100 years old and live peacefully among other wildlife that include peacocks, butterflies and the shy buck. You’ll get a chance to feed the tortoises, swim, snorkel and sunbathe. There is a foundation on the island that dedicatedly looks after the welfare of the tortoises.

Get on a balloon safari over the Serengeti if you’re in the mood to splurge a little and spoil yourself. The breath taking view is worth the extra money you might have to spend. As you fly over the spectacular landscape you’ll spot wildlife over several kilometres. After the safari, you will be treated to champagne and breakfast.

The safari’s usually start early in the morning and last for around 1-2 hours. They take off from designated sites to ensure you don’t disturb the wildlife around. A safari vehicle will drop you off and pick you up from the landing site.

The snow-capped peaks of Mount Kilimanjaro are a sight to behold. A World Heritage Site, Kilimanjaro was formed over 1 million years ago by volcanic movement along the Rift Valley. The highest point is Uhuru Peak which is one of the Seven Summits of the world.

You have to visit the Mount Kilimanjaro National Park to witness this majestic peak. If you’re an adventurer, the best time to climb the peak is from late June to October, during the dry season. The mountain rises from farmland and has rain forests, alpine meadows and then barren lunar landscape at the peaks. The rainforests are home to buffaloes, leopards, monkeys, elephants while the alpine zone has an abundance of birds.

Of course, there are lots of other amazing things to do in Tanzania. If we’ve missed any of your favourites, be sure to share them in the comments below.