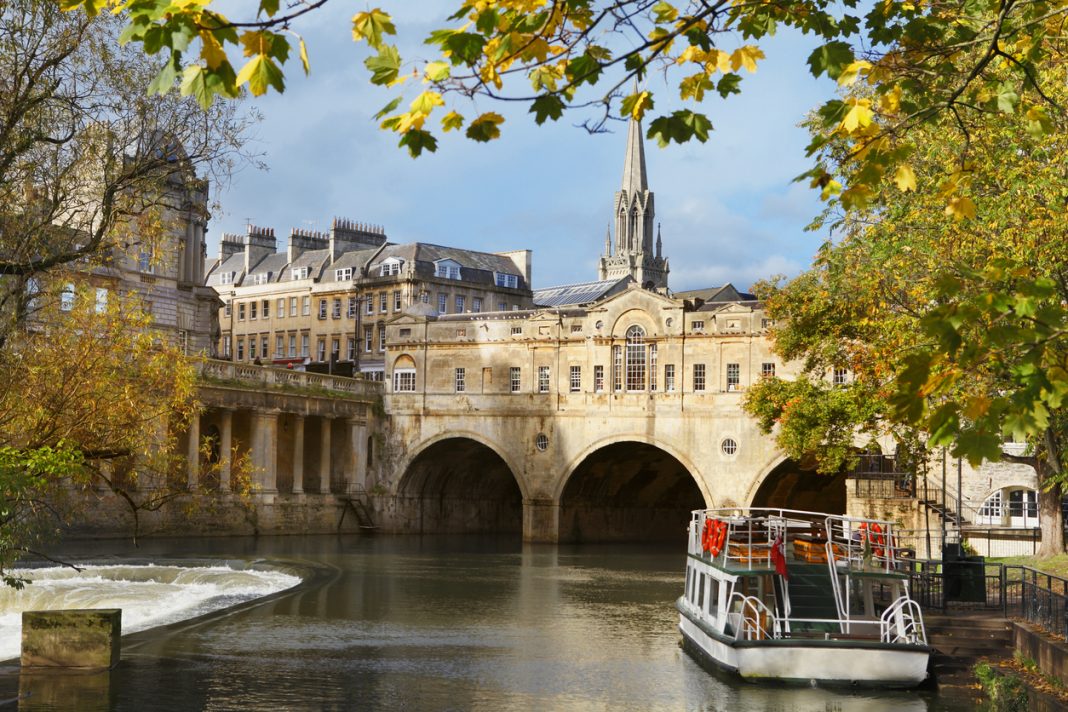 Bath, in the southwest of England, is best known for its natural hot springs, fascinating history, and 18th-century architecture. This quaint city inspired literary greats, like Jane Austen, Mary Shelley, and Charles Dickens. There are lots of amazing things to see in Bath.

Tucked into a loop of the River Avon, the honey-stoned Georgian streets are ensconced in the rolling green hills of Somerset. It is well connected by both train and bus to the rest of England. Located at the southern edge of the picturesque Cotswolds, Bath is a largely flat city, and the best way to get around is by foot.

What Are The Top Things To See In Bath? 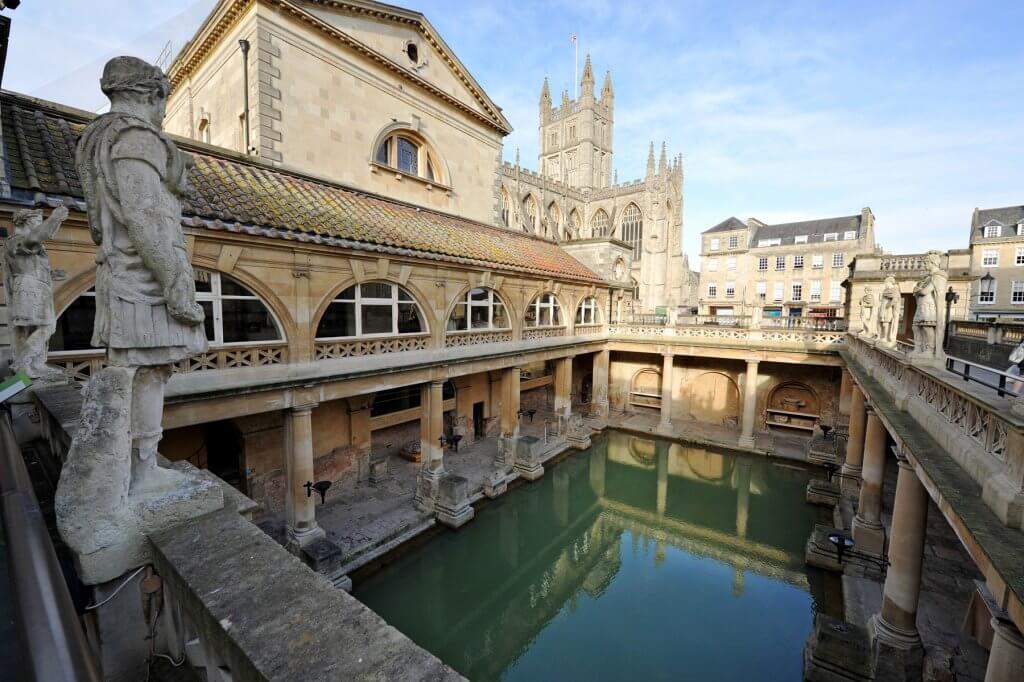 Perhaps the most iconic landmark of Bath, are the historic Roman Baths that sit on natural hot springs, and give the city its name. Constructed around 70 AD, the baths were the heart of the old Roman city. Today, they are some of the best-preserved Roman remains in the world. Discover the heated rooms, the ancient pavements, and the temple to Minerva. Don’t forget to sample the spa waters in the Pump Room. Full of minerals, they were once thought to have healing powers. 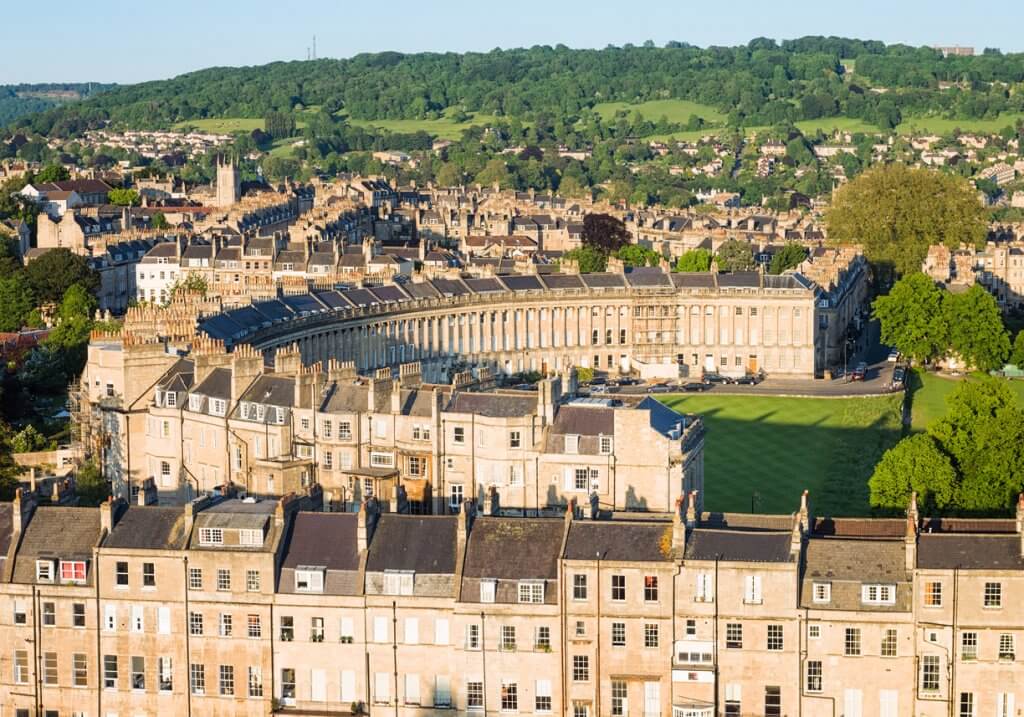 The Royal Crescent, completed in 1774, contains 30 spectacular houses in a sweeping arc. Today, House Number 1 has been converted into a museum, displaying authentic Georgian rooms and furniture. Number 15 and 16 in the middle function as the exclusive Royal Crescent Hotel. 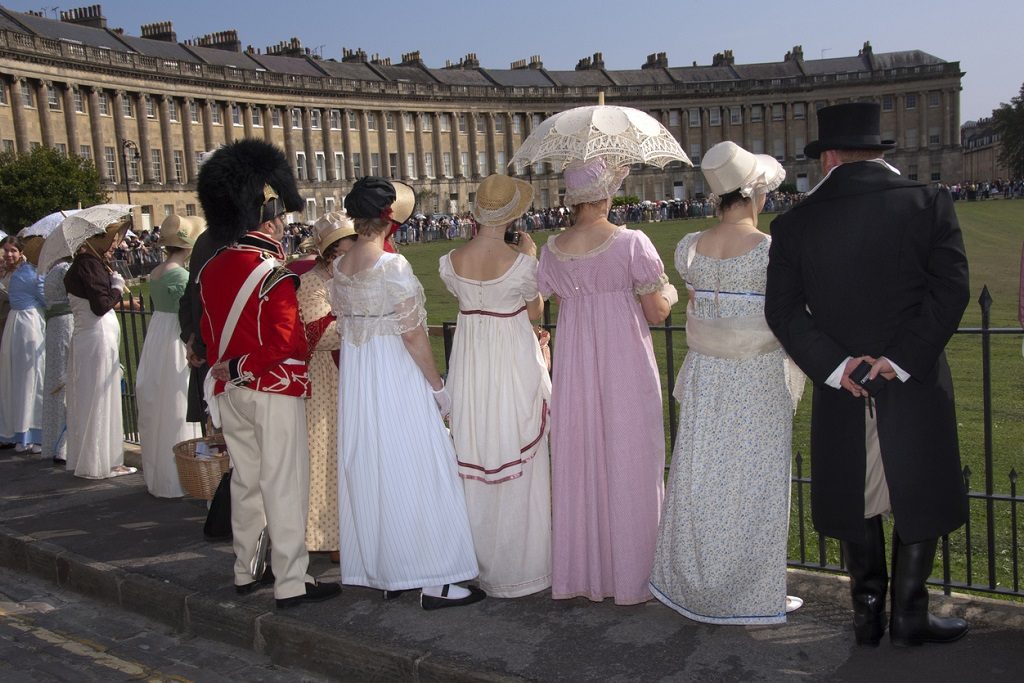 In keeping with this aura of Georgian splendor, the Jane Austen Centre, dedicated to Bath’s most famous resident, offers a snapshot of life in the 18th century. Regency food, fashion, and manners can all be seen here. Don’t miss the annual Jane Austen Festival held along the Royal Crescent to celebrate the authors time living in the city.

The Assembly Rooms, the heart of Georgian social life, now house the Fashion Museum. It displays clothes from the last 400 years, from gorgeous Georgian gowns, to sleek modern fashions. It even has a dress-up room where you can try on historical coats, corsets, dresses, and bonnets!

The Gerogian Gardens, meticulously recreated from original 18th century images, and Prior Park offer some of the best landscapes in the city. Prior Park, built by the landscape designer Capability Brown, contains the famous Palladian Bridge which offers a sweeping view of the city. It is the perfect place to explore woodland paths, or merely relax on the manicured lawns.

Bath Abbey, with its honey-gold columns, and splendid stained-glass windows, was finished in 1616. However, three different churches have occupied this site since 757 AD.

What Else Can You See Nearby?

Those wishing for a more magnificent natural setting can visit the nearby Cheddar Gorge. Britain’s highest inland limestone cliffs, Ice Age melt waters created this natural wonder. Its breathtaking views and abundance of wildlife make it perfect for a long walk or hike. Explore Gough’s Cave to see its fascinating prehistoric findings, and to learn about its Ice Age creation, Stone Age occupation, and Victorian discovery.

A short distance away from Bath is the Salisbury Cathedral. Situated within an 80-acre walled close, surrounded by green lawns and historic houses, it is one of the most magnificent of the early English Gothic cathedrals. Built in the 1200s, it has the tallest spire in England (at 123m), and the finest copy of the 1215 Magna Carta.

Stonehenge is also close to Bath. This fascinating Neolithic stone circle is one of the most iconic prehistoric monuments in Europe. It is steeped in mystery – Who built it? What was it built for? How was it built? Yet, thousands of people visit each day to try and unravel its secrets.

Have we missed any of your favourite things to see in Bath? If so, let us know in the comments below.