The UK has produced some of the most celebrated literary figures throughout history and has long been one of the top literary destinations in the world. William Shakespeare, Charles Dickens, Arthur Conan Doyle, JK Rowling, Jane Austen, and hundreds of others have entertained generations of readers.

From childhood homes to popular watering holes, here are some of the top literary destinations in the UK that you must see for yourself. Places like the legendary Shakespeare’s Globe to the quaint cottages of Beatrix Potter and William Wordsworth are full of history. They are also the perfect way to get away from the usual tourist traps and see another side of the country. 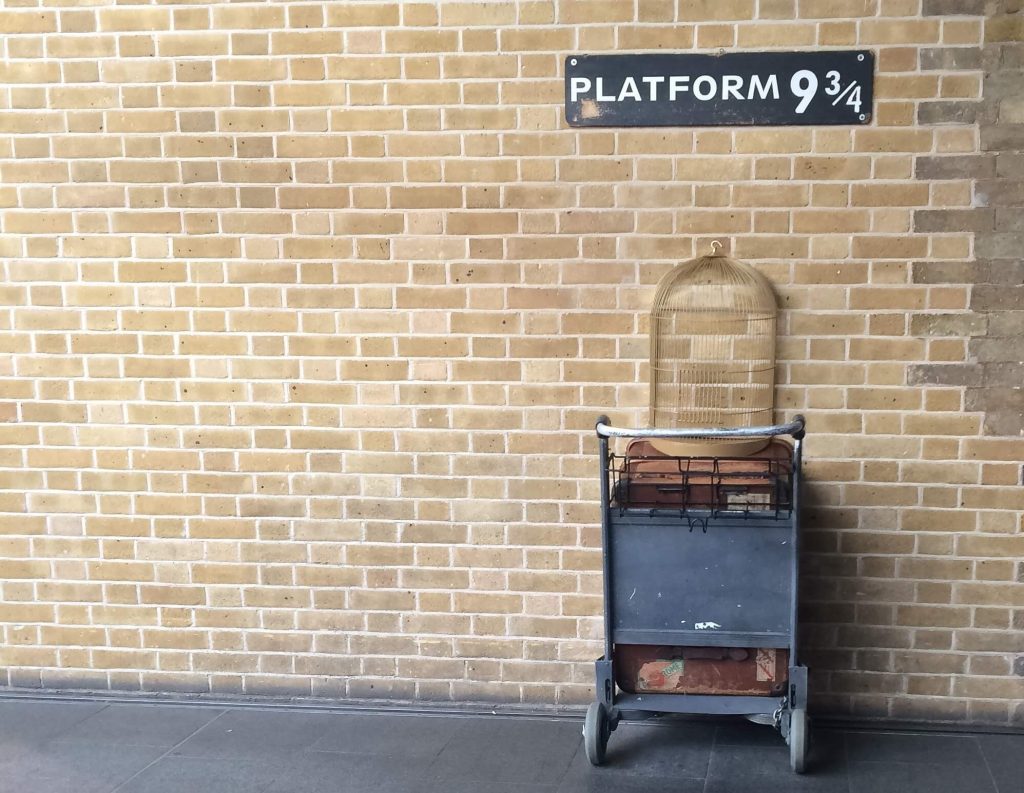 Marking the secret platform to the Hogwarts Express, Platform 9¾ can be found not between platforms 9 and 10 (as in the books), but on the western departures concourse. A luggage trolley, complete with trunk and owl cage sticks out of the wall while fans wait in line for that perfect photo op. Next door is a store filled to bursting with Harry Potter merchandise. However, if you want to visit the platform itself, and get on the Hogwarts Express, head to the WB Studio Tour.

Also Read: Step Into The World of Harry Potter in Britain 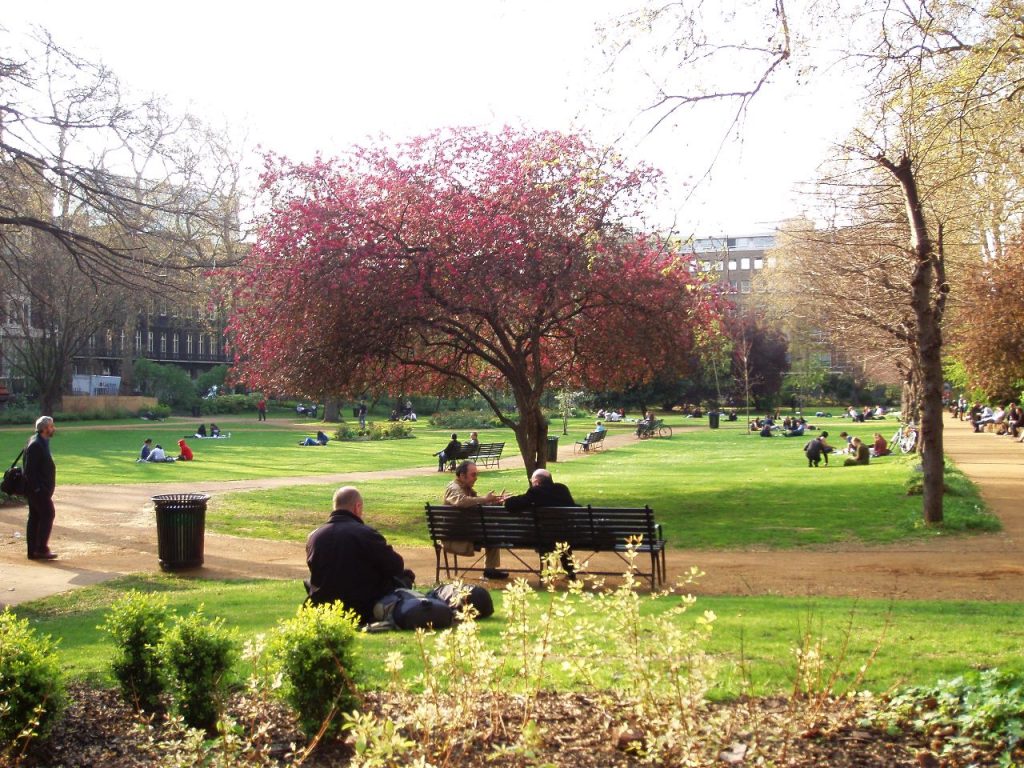 Located in Camden, the garden squares of Bloomsbury are famous for being a meeting place for lots of great writers, artists and intellectuals in the 1920s and 30s. Collectively called the Bloomsbury Group, they are also honoured in the blue plaques that mark their homes around these squares. 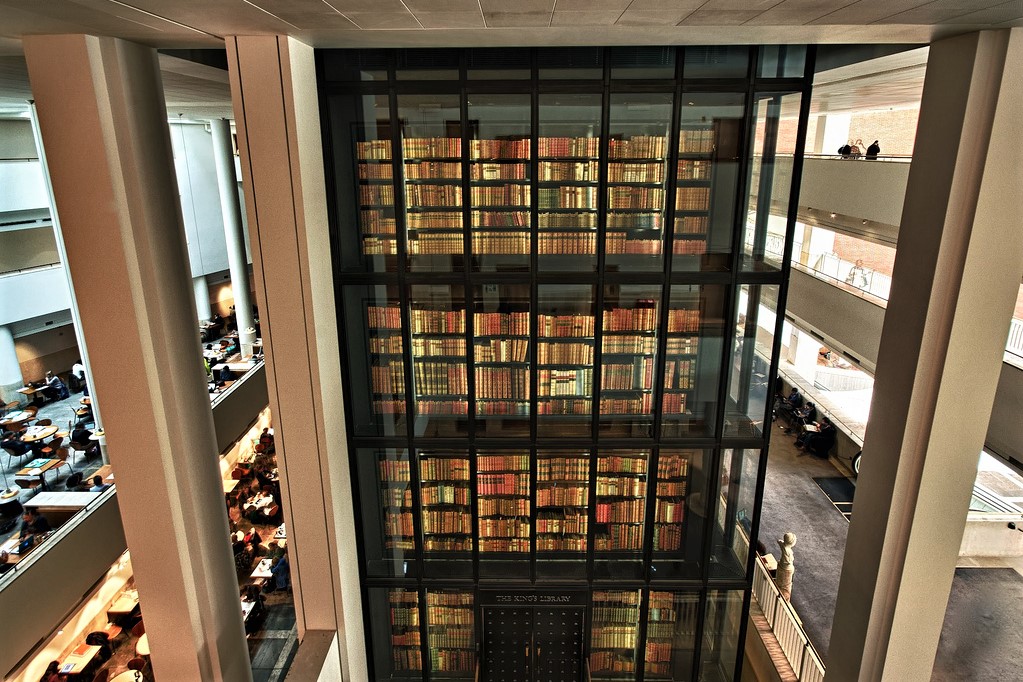 One of the largest libraries in the world, the British Library is an exciting destination for book lovers. It is full of rare collections and quiet rooms. You must check out the King’s Library, a six storey glass tower with over 65,000 volumes collected by King George III, and the Sir John Riblat Gallery which showcases various historical manuscripts and documents.

Also Read: 11 Beautiful Libraries Around The World You Have To See 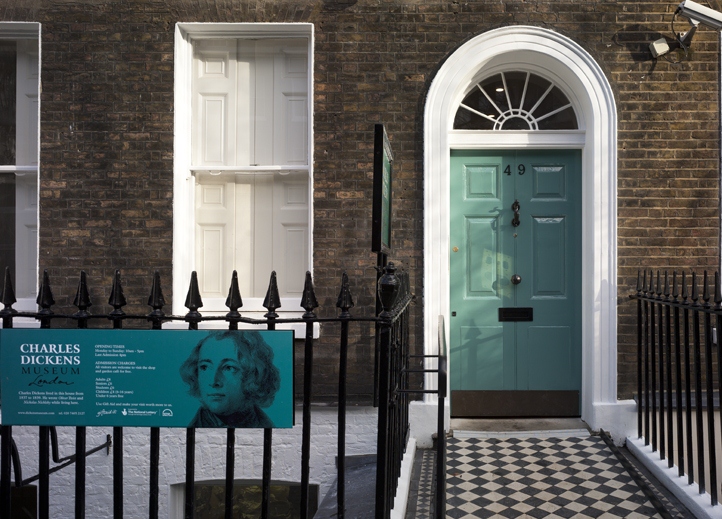 Located in Doughty Street in Holborn, the Charles Dickens Museum was once the house where the man himself lived from 1837-39 and was where he wrote Oliver Twist and Nicholas Nickleby. You can still see much of the original furniture over its four floors, as well as a well-stocked library. Also check out the fascinating Handmaid’s Tour which lets you step back in time to 1839 and follow the footsteps of the family, and get a unique glimpse into upper-class Victorian life.

However, Dickens also spent a great deal of time in Kent, and there are many sites associated with him there, such as the author’s birthplace in Portsmouth, and Broadstairs, a family holiday home. 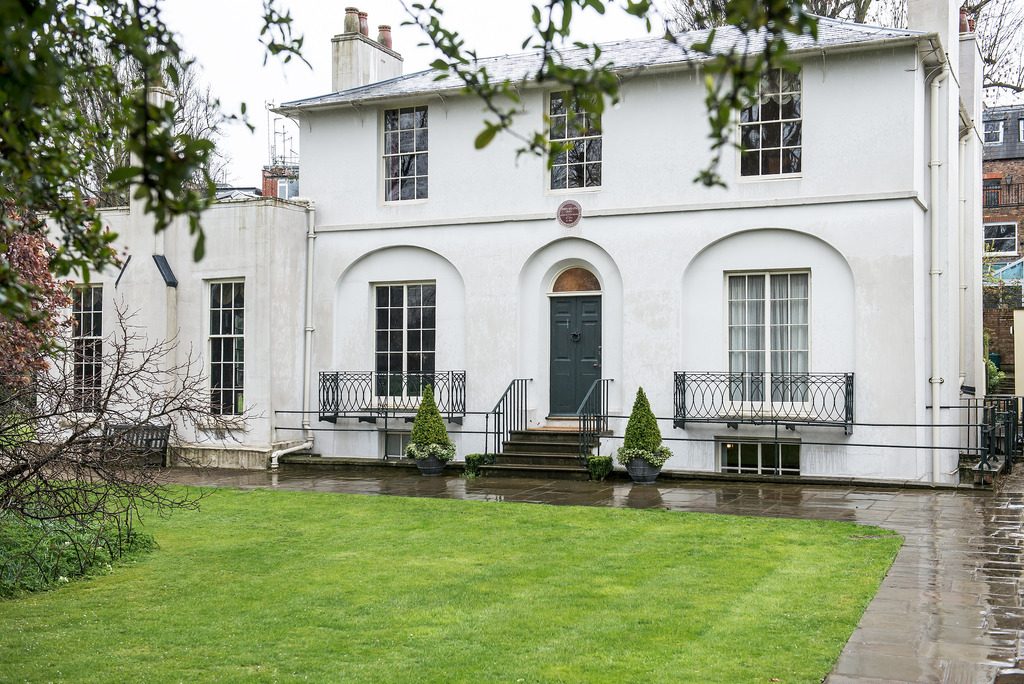 John Keats’ home in Hampstead is also now a museum. This beautiful house is where Keats lived with Charles Brown for two years and wrote “Ode to a Nightingale”. It was also where the poet saw the first signs of the illness that eventually claimed his life. Here you can visit exhibits of original manuscripts and memorabilia, as well as live poetry readings.

Also Read: 6 Incredible Medieval Cities To See In The UK 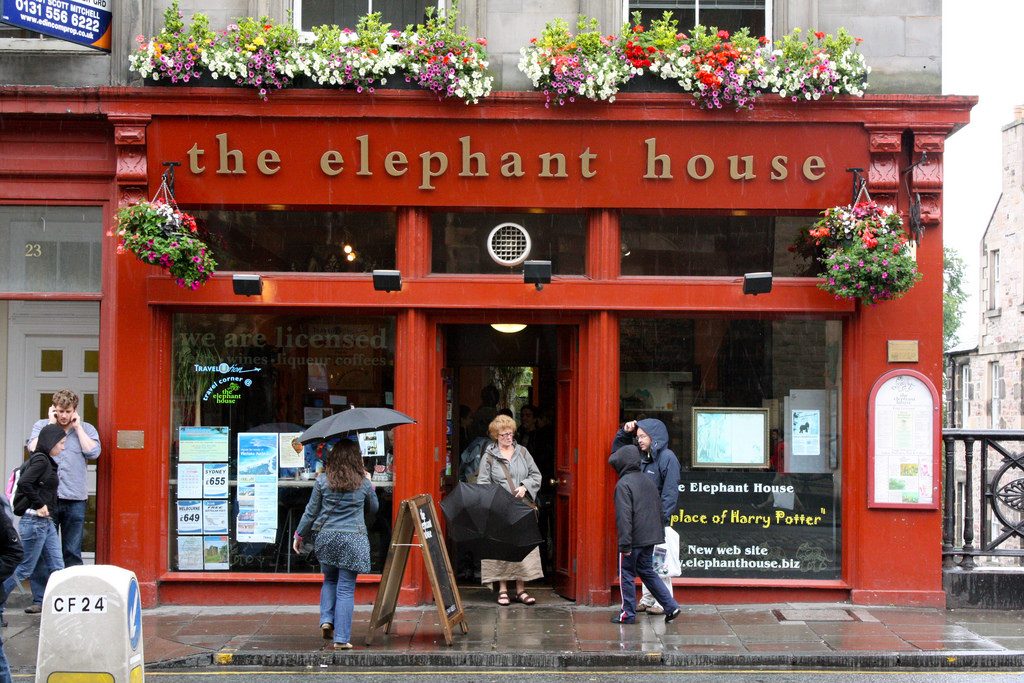 There are many places in Edinburgh that claim to be associated with J. K. Rowling and her most famous creation, but none are as popular as the Elephant House. A sign in the window of the cafe proclaims it as the “birthplace of Harry Potter,” and it was here that Rowling spent hours completing her first book, Harry Potter and the Philosopher’s Stone. (Though by the time she wrote the last book, Rowling had moved on to finer things and stayed at a suite at the Balmoral Hotel. That room is now named after her.)

7. The Eagle and Child, Oxford 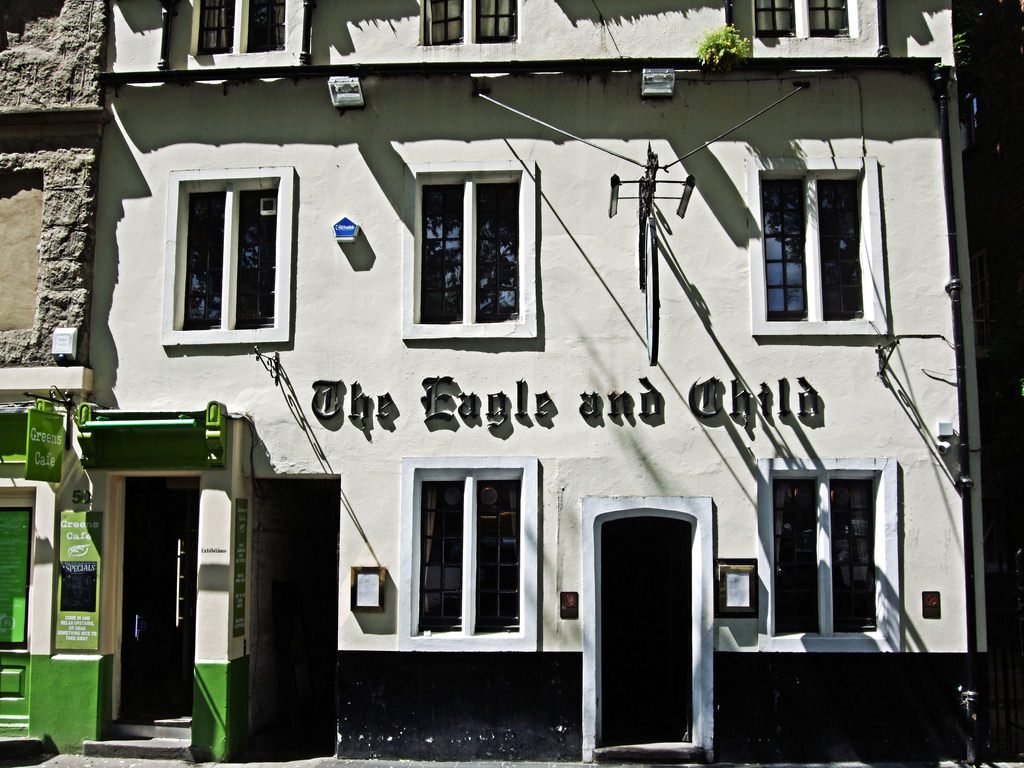 Oxford has been home to many literary masters, but some of the most famous were J. R. R. Tolkien and C. S. Lewis who created the amazing worlds of Middle Earth and Narnia. They were also close friends and part of a writers group – The Inklings – who regularly met at the pub’s Rabbit Room. You can also visit the Lamb and Flag nearby, which was frequented by Graham Greene. 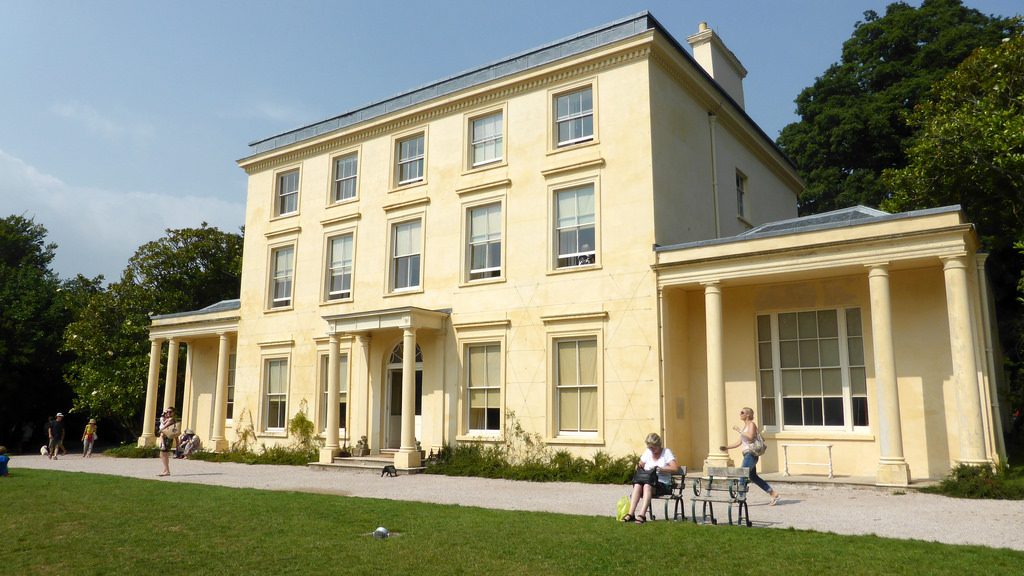 Located in Devon on the southern coast of England, Torquay is known as the “English Riviera” due to its mild climate. Famous crime writer Agatha Christie was born (and spent her early years) here. You can see various landmarks associated with the “Queen of Crime” such as the Imperial Hotel, Beacon Cove, and Torquay Museum, which inspired locations in her works. Don’t miss Greenway House, Christie’s holiday home overlooking the River Dart. 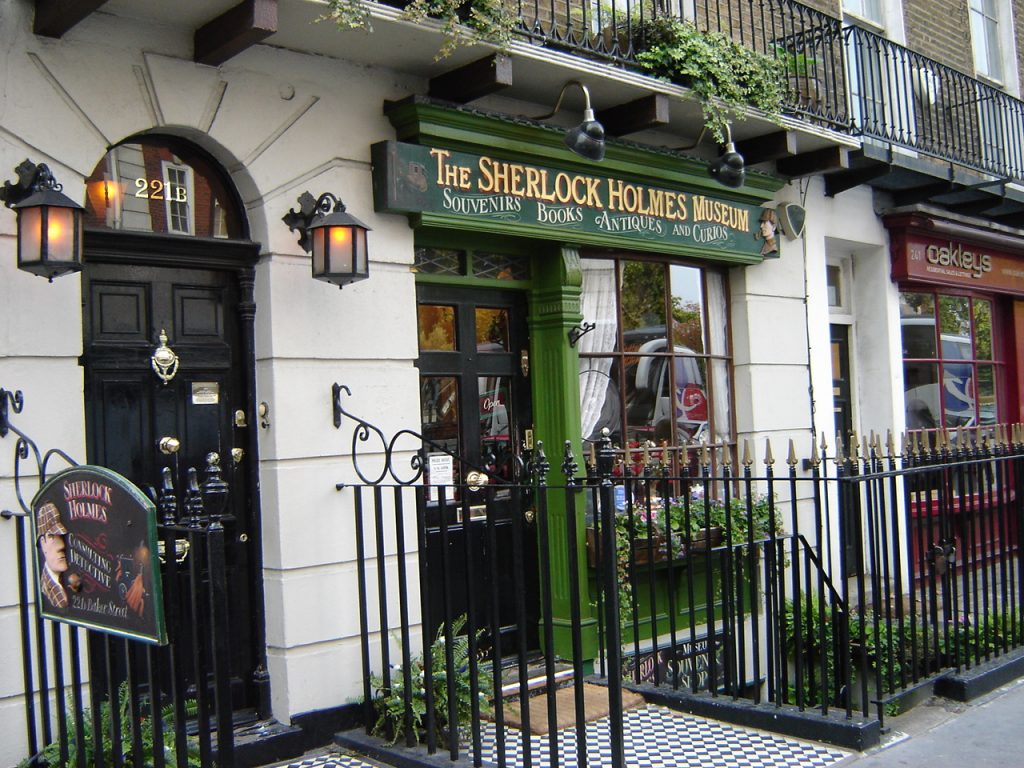 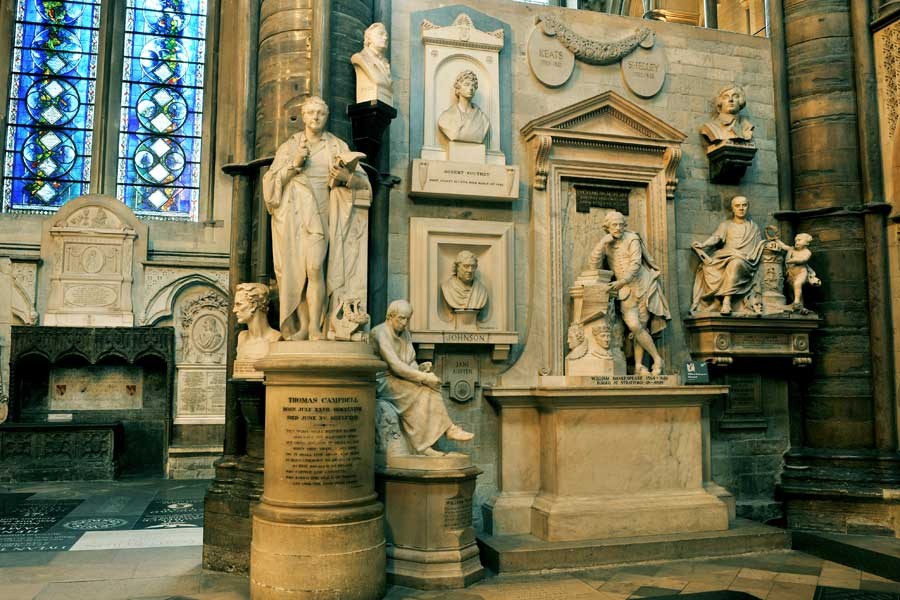 Westminster Abbey is one of the most famous buildings in London, and many famous people are buried here. In its South Transept, you will find Poet’s Corner, which started out as the final resting place of Geoffrey Chaucer over 600 years ago. Today, it houses the tombs and memorials of dozens of poets, artists, and writes, including Charles Dickens, Alfred Tennyson, Thomas Campbell, Jane Austen, W H Auden, the Brontë Sisters and many more. 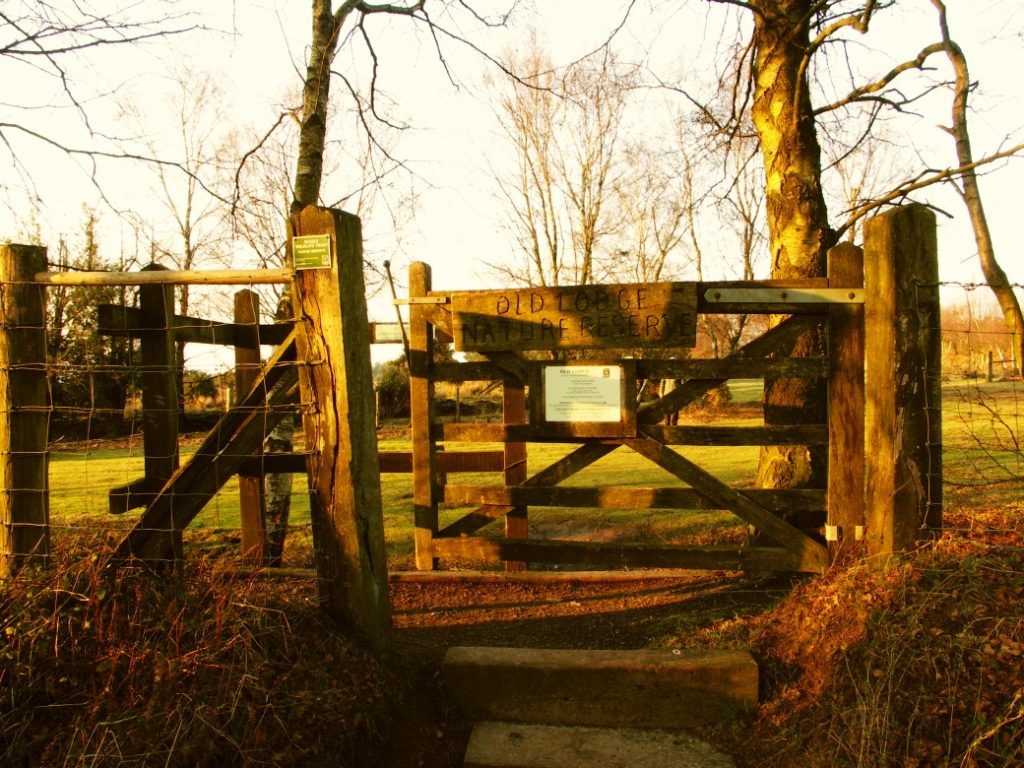 Escape from the crowded city and take a trip to Ashdown Forest, the inspiration and setting for A. A. Milne’s stories of Winnie the Pooh. Located in East Sussex, this conserved land is full of wooded hills and gurgling streams. Look out for locations from the books like Owl’s tree home, and Poohsticks Bridge.

Also Read: 6 Hidden Gems To See In The UK 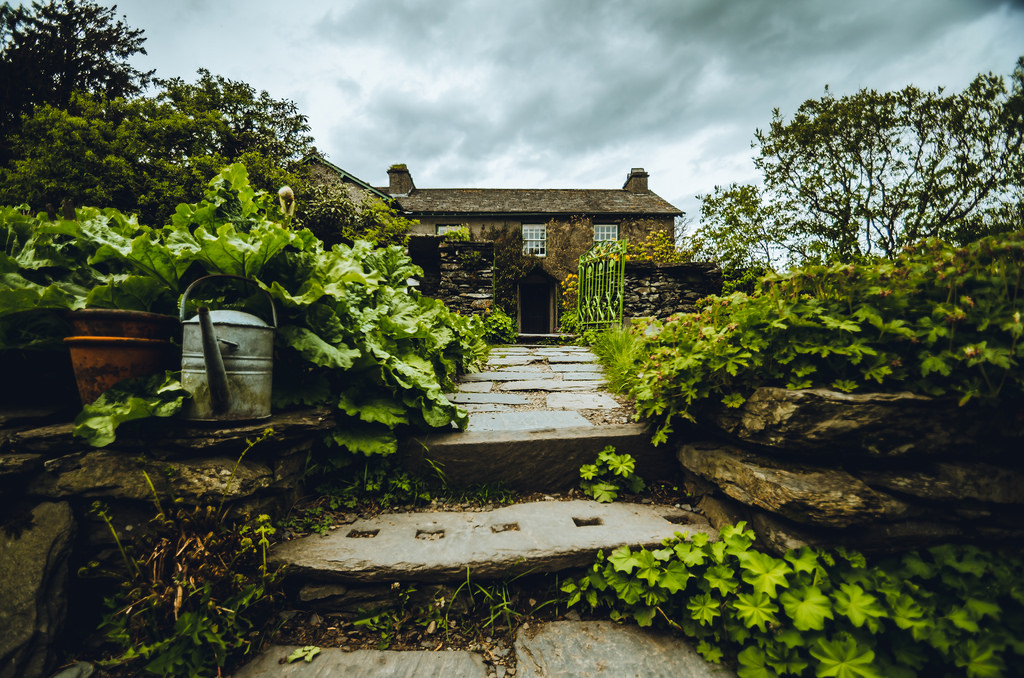 Set amidst the beautiful Lake District of Cumbria, the 17th century home of Beatrix Potter is a popular tourist attraction. It was here that she wrote her enchanting stories of Peter Rabbit. The house is now a museum, and you can also explore the wonderful countryside around it. 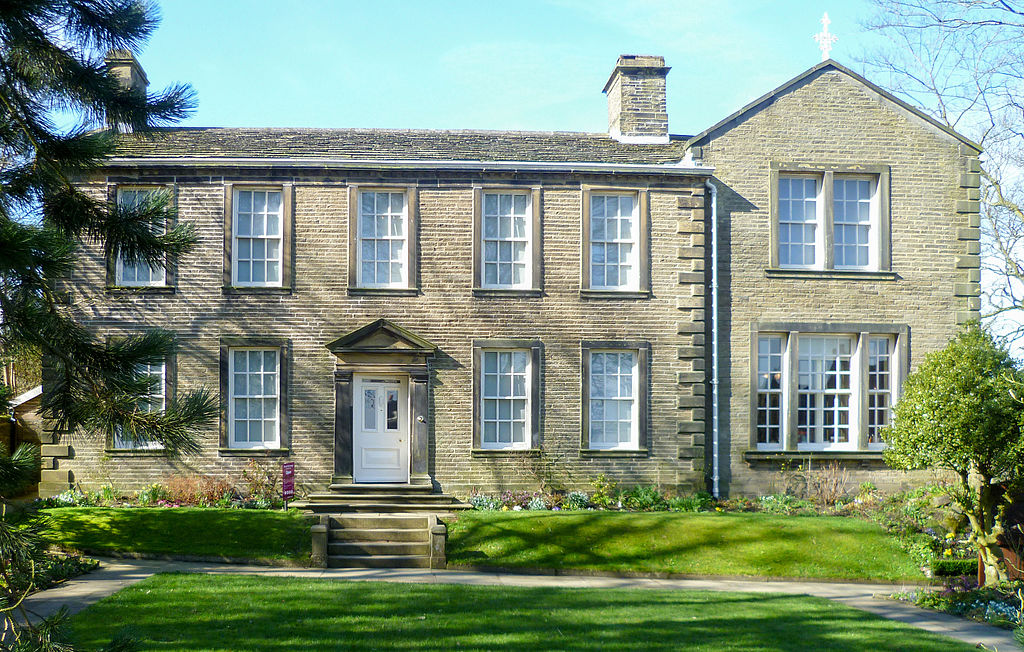 Fans of the Brontë sisters, and their works such as Wuthering Heights and Jane Eyre, will want to check out Haworth in western Yorkshire. Aptly named “Brontë Country,” it was where the sisters lived and wrote. Be sure to visit the Brontë Parsonage Museum, the former family home, and Thornton, a nearby town where they were born. The area is also home to Ponder Hall, a mansion that inspired Wuthering Heights and The Tenant of Wildfell Hall, as well as Top Withers, an old farm that was the inspiration for Earnshaw farm in Wuthering Heights. 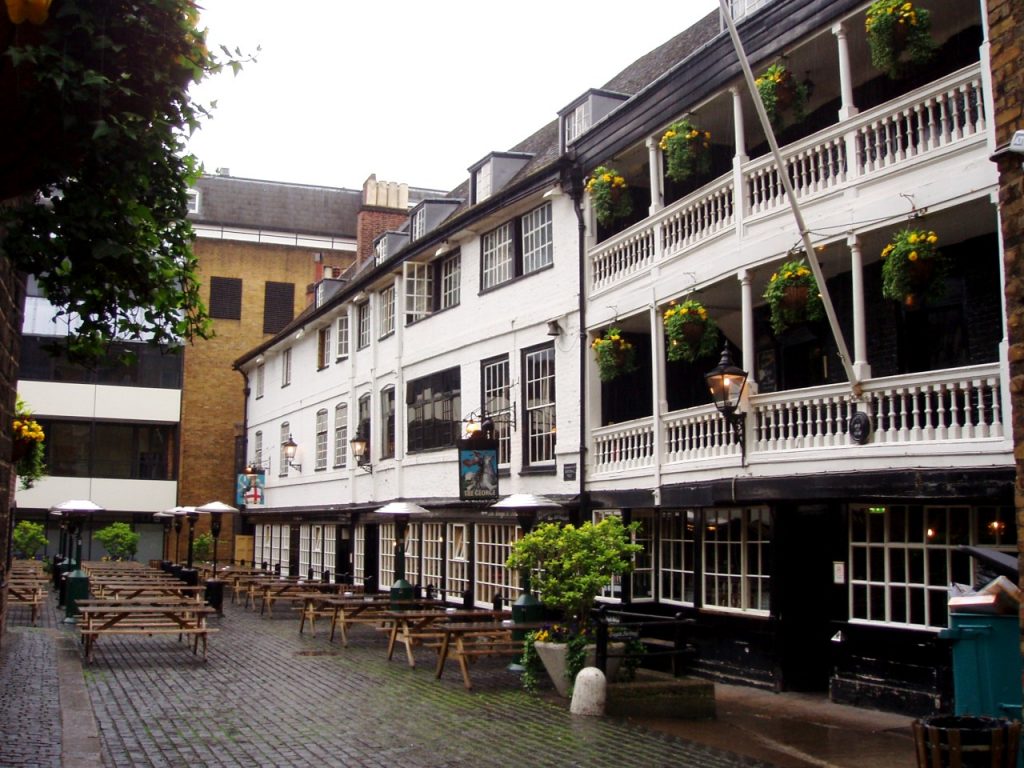 This inn dates back to the 16th century and is the last remaining coaching inn in London. According to a sign in its courtyard, both Charles Dickens and William Shakespeare visited. The lovely 300-year-old building features oak-beamed dining rooms, open fireplaces, long galleries, and latticed windows. The inn is also located near Shakespeare’s Globe. 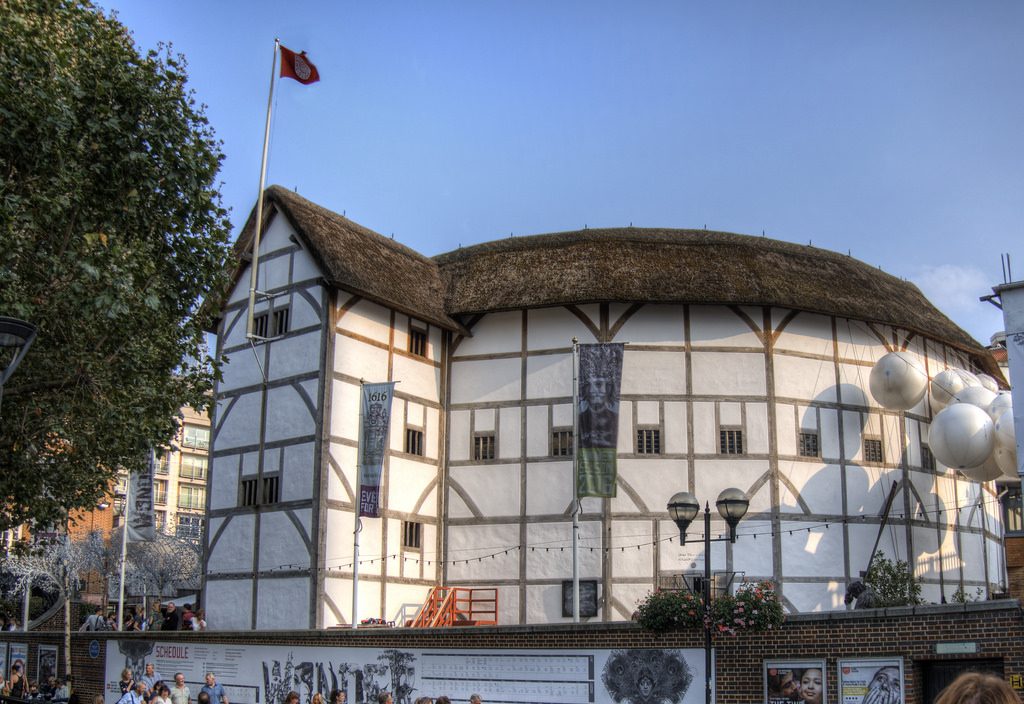 No literary tour of the UK is complete without visiting Shakespeare’s Globe. Originally built in 1599, this Elizabethan theatre was where the famous playwright staged his plays. The current building is a reconstruction of the original, and hosts all kinds of exhibits and lectures on Shakespeare and London as he would have known it, as well as plays.

Also Read: Harry Potter Tour in London: Through the eyes of a witch 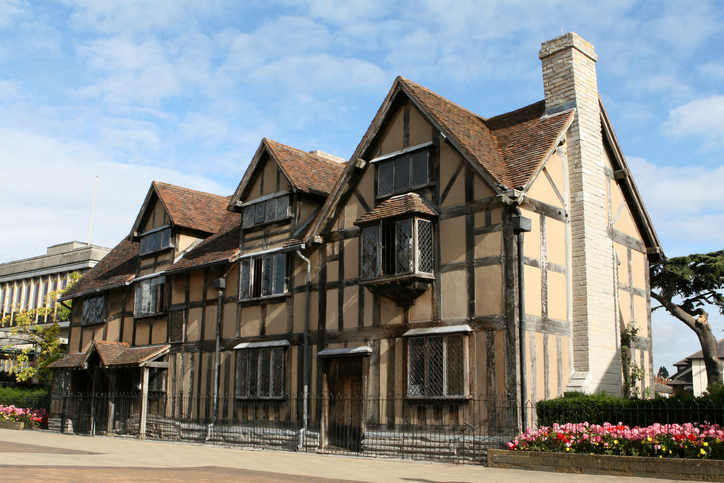 While “the Bard” might have worked in London, his home was in Stratford. Here you can still visit many buildings associated with his life, including his birthplace, his daughter’s home (Hall’s Croft), his mother Mary Auden’s house, and the cottage of his wife, Anne Hathaway. 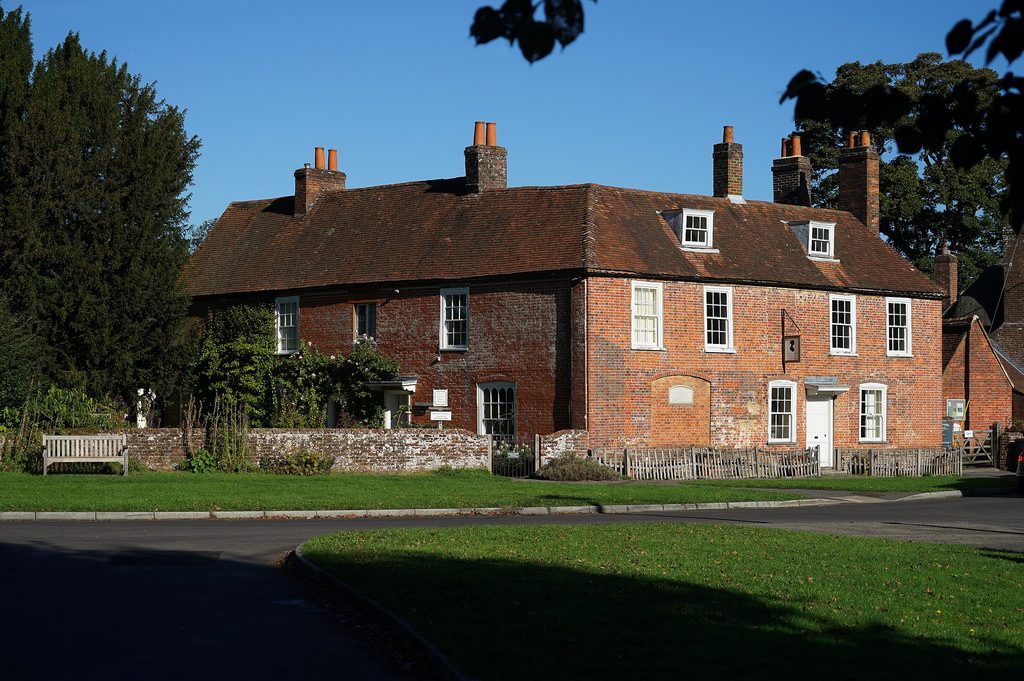 While most people associate Jane Austen with the Georgian city of Bath, the author only spent a few unhappy years there. She spent most of her time at Chawton Cottage in Hampshire (on the edge of her brother’s estate, Chawton House), where she wrote some of her most famous works, such as Sense and Sensibility, Pride and Prejudice, Mansfield Park, Emma, and Northanger Abbey. The house is now a museum celebrating her works and still has much of the original furniture, including her writing table and pianoforte. 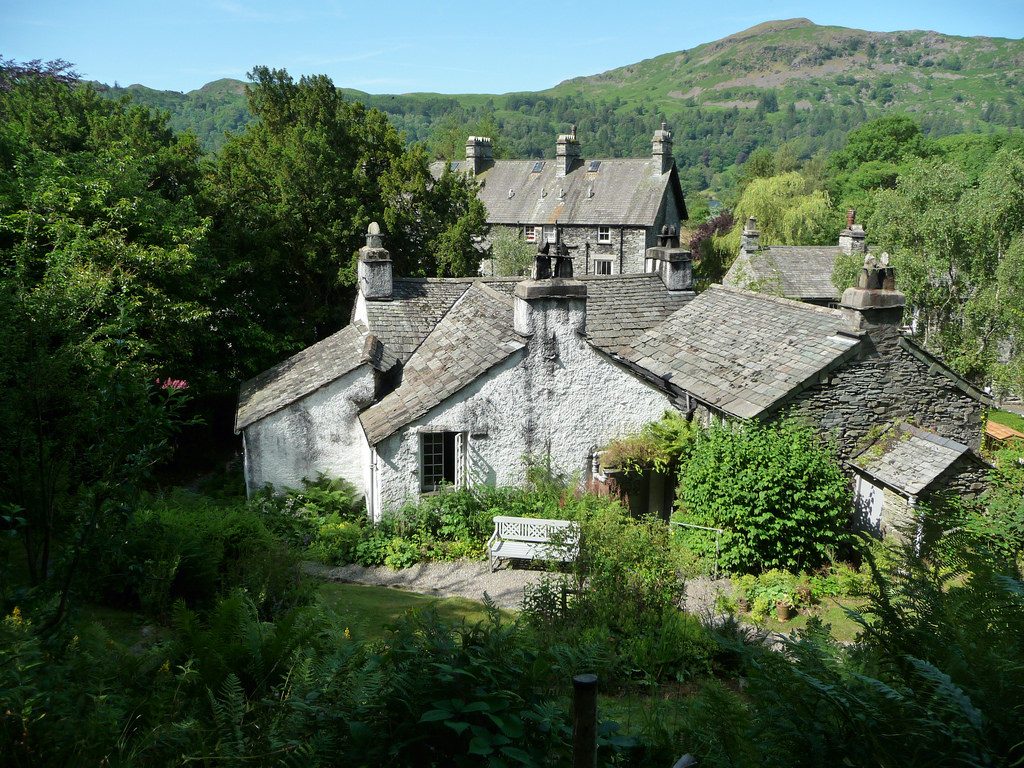 This little town in the Lake District was home to William Wordsworth who lived here for eight years with his wife Mary and sister Dorothy. In the nearby countryside, you can see fields of daffodils which inspired his famous poem. Many other influential figures of the Romantic movement visited Wordsworth here, such as Samuel Taylor Coleridge. 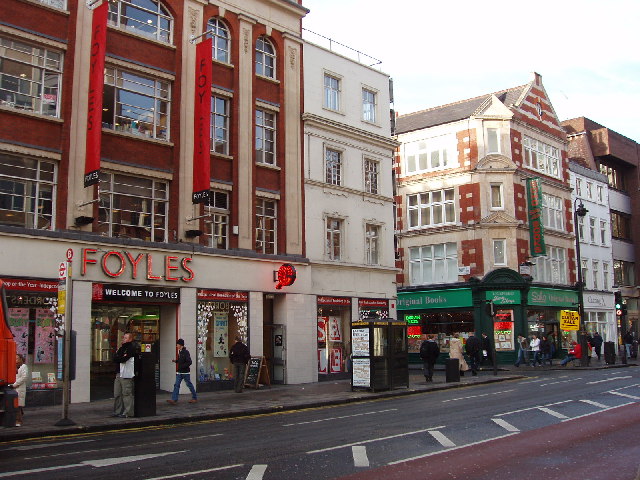 If you’re looking for more books to read, look no further than Charing Cross Road, which is home to numerous secondhand and independent bookshops that sell everything from rare books to new releases. Check out Quinto & Francis Edwards for rare and antique books, Any Amount of Books for cheap books on the sidewalk, and the grand Volumes which has an amazing selection of both new and old books.

Are there any literary destinations in the UK that we’ve missed? If so be sure to share them in the comments below.