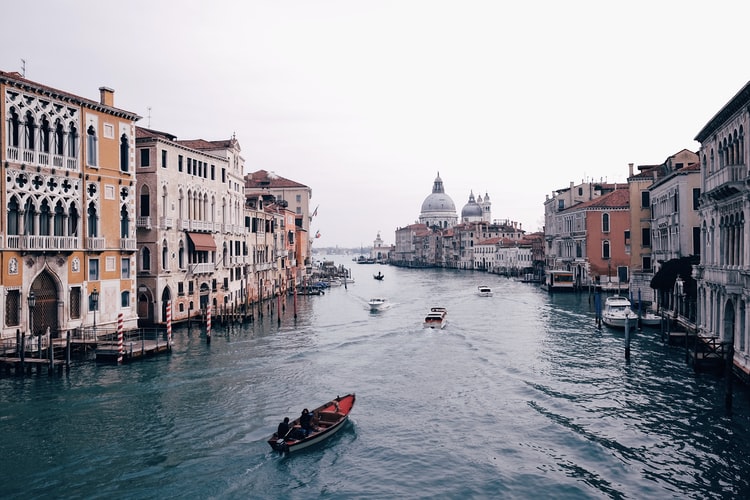 From mouth-watering food and world-class art to its fabulous fashion and iconic buildings, Italy is nothing short of being one of the most alluring destinations in Europe. Steeped in history, this ancient city’s street is lined with fantastic palaces, churches, museums, and more. Italy has so much to offer that it can be quite overwhelming to decide which Italian cities are worth visiting, especially if it’s your first time visiting. Many travellers choose the classic itinerary of Rome, Florence, and Venice, perhaps with a side trip through Tuscany. But with each city offering a unique experience makes it even more challenging to list the best ones to visit. However, we have tried our best to list the best cities to visit in Italy.

Capital of Italy, and the seat of the Roman Empire, Rome offers its visitors a variety of dazzling experiences. It’s not less of a living museum with ancient history and fascinating places in every corner. It is home to iconic landmarks such as the Colosseum and Roman Forum and in the centre of the city, you can find the Vatican – the heart of the Catholic Church. Makes sure to visit the impressive St. Peter’s Basilica here. Italy is also famous for delicious cuisine and they are best discovered in this city’s delicious local pizzerias and neighbourhood trattorias.

Located in the middle of a lagoon, Venice is unlike any city in the world. Famous for being the most romantic city in Italy, the cities beautiful canals and waterways are lined with stunning buildings, palaces, and churches. The food here is divine, with awe-inspiring views often accompanying your meal. You must take a gondola along its canals and you can see interesting boutiques and upmarket stores as well as souvenir shops. Venice is most famous for its Grand Canal and the Piazza San Marco, where you’ll find the stunning St Mark’s Basilica. Travellers to Venice have called this city magical and a perfect city to discover hidden gems in lesser walked streets.

Known as the cradle of the Renaissance, Florence is an enchanting city. Located alongside the Arno River Florence is known for the masterpieces of Leonardo da Vinci and Michaelangelo.  The Ponte Vecchio bridge spanning it is one of Florence’s most famous sights, along with the incredible Duomo at its heart. With heavenly churches and impressive statues lining them, the marvellous piazzas here make for a delightful stroll. Various festivals take place here throughout the year making it one of the liveliest cities to visit in Italy.

The largest and richest city in Italy, Milan is known as its fashion capital. Home to various big businesses and brands, the city is overflowing with an endless array of boutiques and workshops, with marvellous designs emanating from them regularly. Rich in artistic and cultural heritage, its Gothic Duomo with stunning marble façade is magnificent. Da Vinci’s painting of The Last Supper is one of Milan’s main attractions.

Lying on the coast south of Rome is Italy’s most important city of Naples. Its also dominated by the Vesuvius Volcano nearby and is also surrounded by hills on one side and sea on the other making it one of the picturesque cities of Italy Popular for its food, Naples is the birthplace of pizza and a trip to this city would be incomplete without sampling a slice. The historic town centre here is a protected UNESCO World Heritage site.

Nicknamed ‘la dotta, la grassa, la rossa’Bologna is considered the culinary capital of Italy.  Home to one of Europe’s oldest universities, the city has a nice medieval centre, and several attractive squares, lined with buildings with porticoes.  Its flat streets are lined with arcades, making it ideal to explore the city by walking no matter how the weather is.  Bologna also has a great environment with both young and old taking to streetside trattorias for pre-dinner drinks and snacks. Bologna is the biggest city in northern Italy’s Emilia-Romagna region and its Piazza Maggiore is one of the biggest squares in Europe.

Famous all over the world as a setting of Shakespeare’s ‘Romeo and Juliet’, Verona is probably Italy’s most romantic city. It is also known for Roman Arena, the third-largest in Italy and the venue for a top opera festival. The city is also filled with Roman ruins, countless churches, and many bustling coffee shops. Piazza Delle Erbe, Juliet’s statue, and a 13th-century house with the famous Juliet’s Balcony that is believed to have inspired Shakespeare are a must-visit.

Located in the Piedmont region of northwest Italy, Turin is a major cultural hub. The city has many museums, elegant shops, and restaurants with great food. Turin is an elegant and wealthy city that has delightful leafy boulevards, beautiful palaces, and numerous fine art collections. The city has a lively music scene, cafe culture, and innovative gastronomy – making it well worth a visit.

Once one of the greatest trading powers in the world in medieval times, Genoa is now Italy’s principal seaport. Tucked away in its streets you can find artisan shops and historic eateries, where you can enjoy Italy’s most famous dishes. Genoa also has a fascinating modern aquarium, and a historic centre said to be the largest medieval quarter in Europe.

Perched on three hills and surrounded by the beautiful Tuscan countryside, Siena is a city in Italy filled with architectural gems. Its boats of the Piazza del Campo which is considered one of the finest medieval squares in Europe and is a UNESCO listed centre as well. The must-visit places in Siena include the Siena Cathedral, and the beautiful Fonte Gaia, which is the city’s largest fountain.

Also Read: Have You Tried These Classic Desserts In Italy?

Be Capture By The Beautiful Cities of Italy

Italy is a country which will capture heart every time you visit it. The vibrant cities here have many hidden treasures which are sure to make your trip here a memorable one. Combine this with the ambience and the delicious food and you will keep wanting to come back again and again.