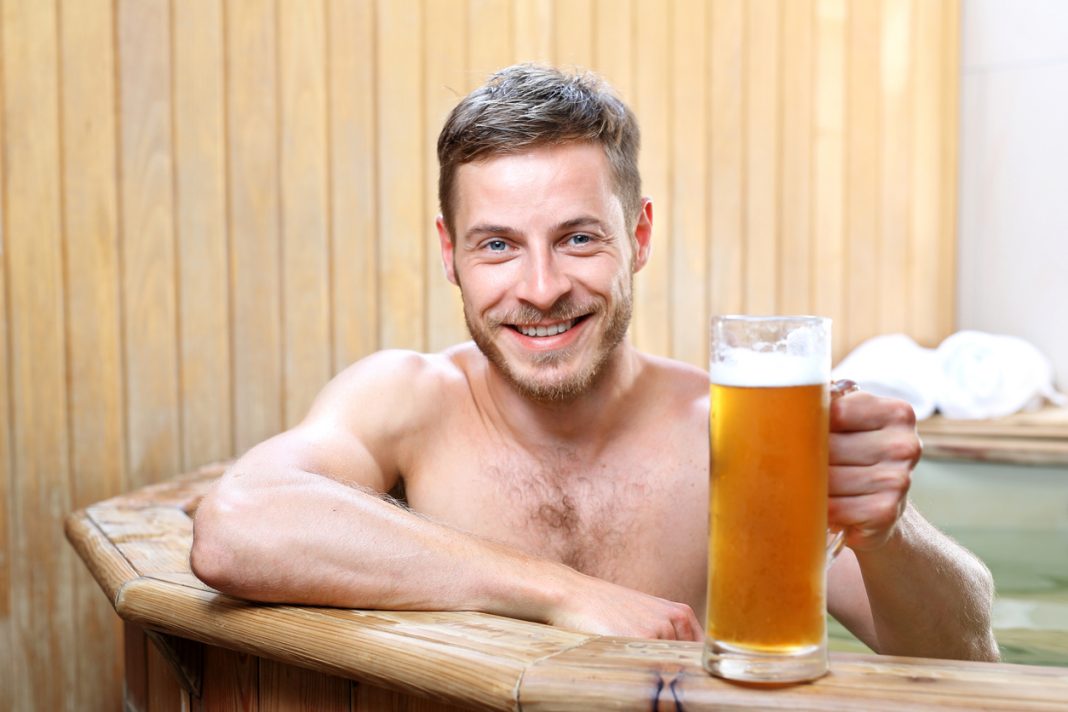 When just a pint of beer just won’t do, why not bathe in the stuff? Beer spas have become a surprising trend, especially in Europe, over the past few years. While people have been bathing in beer for hundreds of years, and now you too can combine pleasures of beer with the ultimate relaxation.

The yeast and other natural ingredients in beer are said to open up pores. Beer also has high levels of vitamin B and active enzymes that benefit the skin, improve blood circulation, detox the body, and ease muscle tension. So, here are some of the best beer spas from around the world.

The beer spa at Bjórböðin is sure to make both your skin and your hair feel super soft and amazing. You will find large hot tubs made from Kambala wood, that are filled with a mix of water and beer, with extra hops and yeast added. They are also lined with beer taps, where you can also refill your glasses as you soak.

The biggest selling point of this spa in Prague is that visitors can soak in large oak tubs that are filled with the extracts used to brew Czech Krušovice beer. Here too you can drink fresh beer while you soak. Also, visit the Bernard Beer Spa in Prague which is also home to a salt cave, where you can undergo halotherapy.

Said to be America’s first beer spa, the Hop In The Spa offers a relaxing experience. Guests can soak in cedar tubs while listening to the music of their choice; eating Bavarian pretzels and drinking Deschutes Brewery Beer.

The wooden tubs at the Thermal Beer Spa in Budapest can easily fit two people. Lots of natural beer ingredients are added to the water, which then gives off a subtle herbal scent. Apart from beer, guests are also served delicious traditional Hungarian snacks.

This Austrian castle turned brewery has lots of converted fermentation tanks where you can soak for hours in a mix of warm water and beer. Or, you can visit the world’s first beer pool, which is filled with 300 litres of beer!

There are lots of hotels in the United States that have specific beer soaks for hair or feet, but at Calistoga Ranch, they have a full European-style Ale Immersion Bath. This being Nappa Valley, I’m sure you can also find some wine to sip on.

Also Read: Here Are 13 Of The Best Wine Regions Around the World

This wonderful resort and spa uses water from the Hinotani Onsen, a hot spring located inside the resort. This is then mixed with craft beer, that is said to soften and clean the skin (due to the live yeast, carbonic acid, and the enzymes)

Have we missed any of your favourite beer spas? If so, do share them in the comments below.