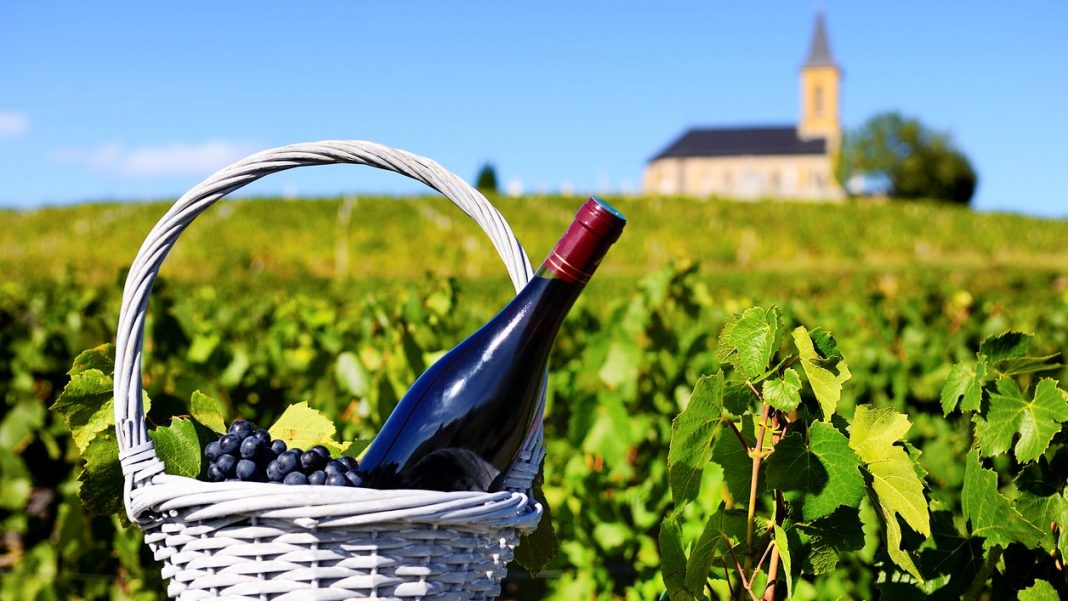 Wine regions are some of the world’s most popular vacation destinations. Often blessed with gorgeous landscapes, rolling hillsides, and delicious food, it’s not hard to see why these destinations are so favoured. 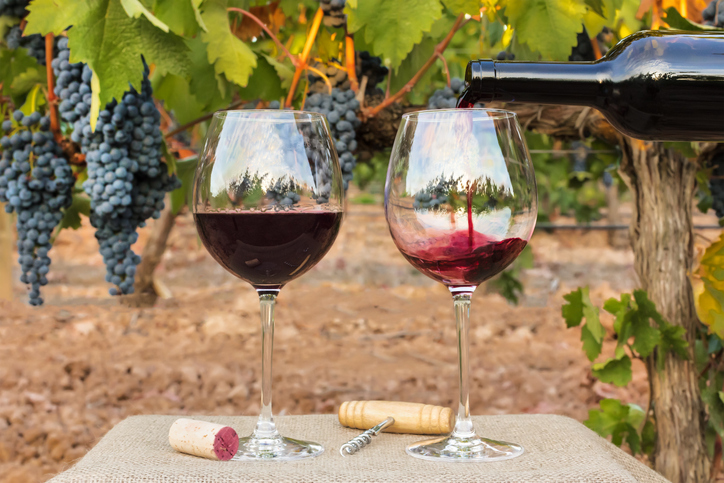 French wine is often considered to be some of the finest in the world. The country is home to ten major regions, each with their own signature wines. Languedoc produces the most wines and is also known for medieval and Roman ruins. In Burgundy, you can find excellent Pinot Noirs and Chardonnays, as well as gorgeous vineyards.

Champagne is home to the iconic sparkling wine, which can legally be called Champagne only when produced in this region, following specific rules of fermentation. Alsace is known for its picturesque towns and excellent white wines, while Bordeaux is famous for its red clarets of the same name. More excellent wine regions can be found in Corsica, the Loire Valley, and Provence. 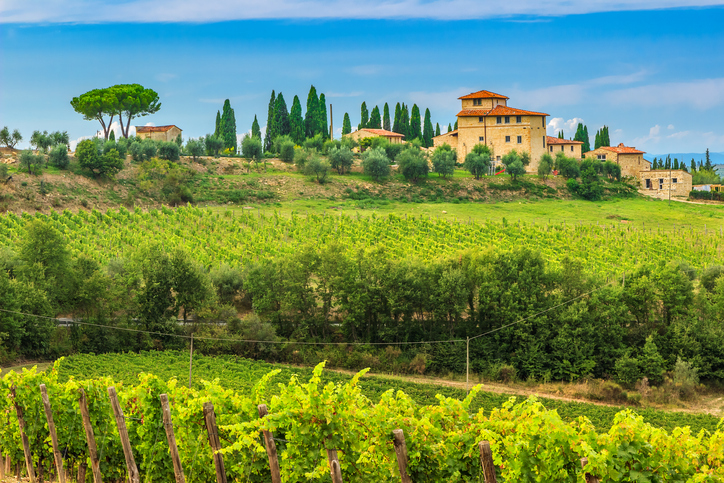 Italy has long been in contention with France as the top producer of wine. The country has even more distinct wine regions of its own, each with their own unique tastes and stunning landscapes. One of the largest and most famous is Tuscany, a region full of medieval and Renaissance towns (like Florence, Siena, and Pisa) which is famous for both its delicious food and its Chianti and Vin Sento. Campagnia, which consists of Naples and the Amalfi Coast, has some outstanding wines, including Falanghina and Aglianico.

Piedmont, in the northwest of the country, is known for its Barolo and Barbaresco wines. To its south is the Valle d’Aosta set between France and Switzerland, which is known for the Italian Alps and wines like Nebbiolo and Prié Banc. Prosecco is famous for its sparkling white wines of the same name, which is often used as a less expensive substitute of Champagne. The island of Sicily is known for its Marsala wine and its Nero d’Arola. Also check out the wine regions of Abruzzo, Lombardy, and Veneto. 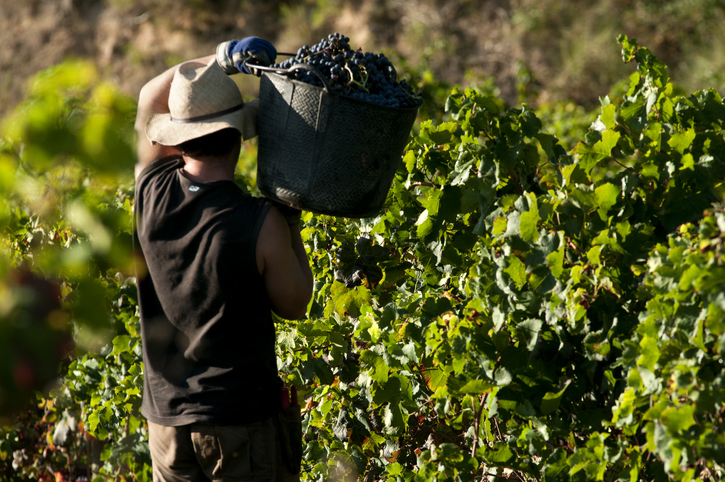 Spain has over one million acres of vineyards, though it produces significantly less than neighbours Italy and France. It is known for its rich and varied red wines, and its crisp white wines, both of which are often more reasonably priced than those from its neighbours. La Rioja has some of the most famous Spanish wines that come from its three regions – Rioja Alta (oldest vineyards), Rioja Alavesa (old towns and hamlets) and Rioja Baja (dinosaurs). They produce excellent blends using Tempranillo reds and Viura whites, as well as Garnache, Graciano and Mazuelo.

Priorat is a mountainous region known for its terraced vineyards and deep, full-bodied reds like the red Garnacha Tinta, Garnacha Peluda, Cariñena, Cabernet Sauvignon, Merlot and Syrah (or Shiraz). Galicia is one of the most popular destinations, located near Portugal, this area is famous for its religious pilgrimage routes – Comino de Santiago. It has 5 of its own wine regions and the best known of these are the coastal Rias Baixas (known for its Albariño wines) and the hilly Ribeira Sarca (known for deep reds like Godello and Mencia).

Also Read: Where you can sample the best alcohol around the world 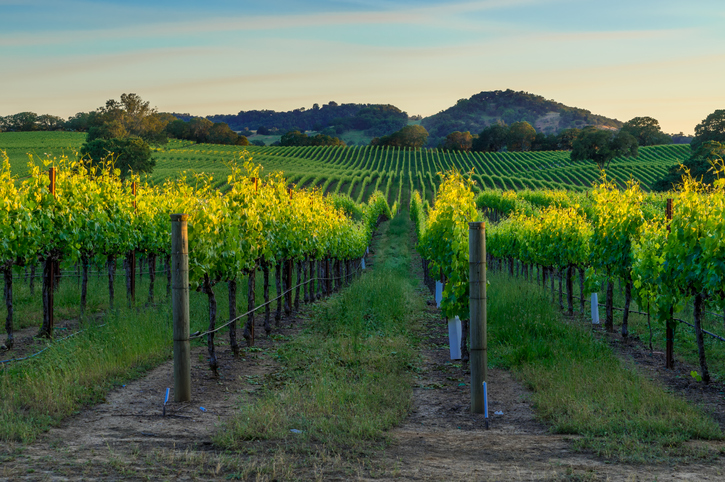 Dominated by California in the west (however, all 50 states have vineyards), the USA is the fourth largest wine producing region in the world. Though the region has had a difficult few years with the California wildfires, they’re already bouncing back. Napa Valley is the most famous wine region in the country and is set along the north coast of California. It is home to hundreds of vineyards and is known for its Pinot Noir and Shiraz. The nearby Sonoma region also features stunning scenery and is known for its Cabernets, Chardonnays, as well as Shiraz. Virginia’s winemaking history dates back to Thomas Jefferson, and the region is known for its Merlot, Cabernet Franc, Nebbiolo and Viognier. 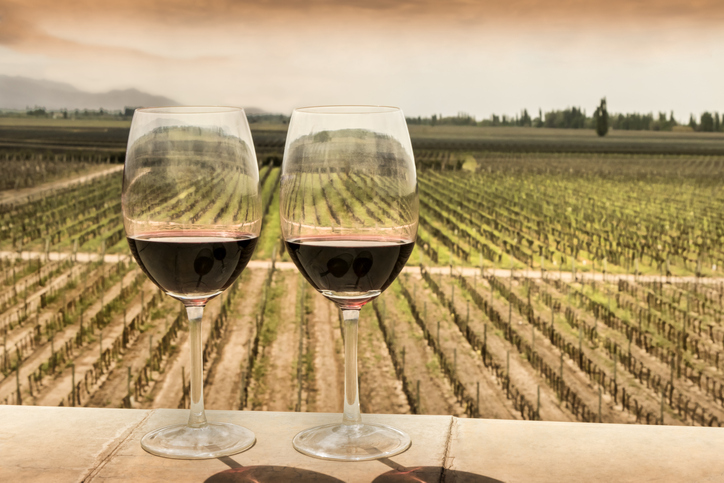 Argentina is said to be the fifth largest wine region and continues to grow each year. This country is full of stunning landscapes and produces a series of truly unique wines. One of the best-known wine regions is Mendoza, which is nestled in the foothills of the Andes. It produces a variety of wines but is best known for its Malbec, as well as traditional varieties like Cereza and Criolla Grande.

San Juan is considerably hotter and drier than Mendoza and is known for its Syrah and Douce noir, as well as fortified wines, like sherry, brandies and vermouth. La Rioja was one of the earliest wine regions in the country and was cultivated by Spanish missionaries. It is known for its aromatic Moscatel de Alexandrias and Torrontés varieties. Patagonia is known for its cooler climate, as well as the regions of Río Negro and Neuquén which produce Pinot Noir, Merlot, Chardonnay and Sauvignon Blanc.

Also Read: A heady dose of wines in Mendoza, Argentina 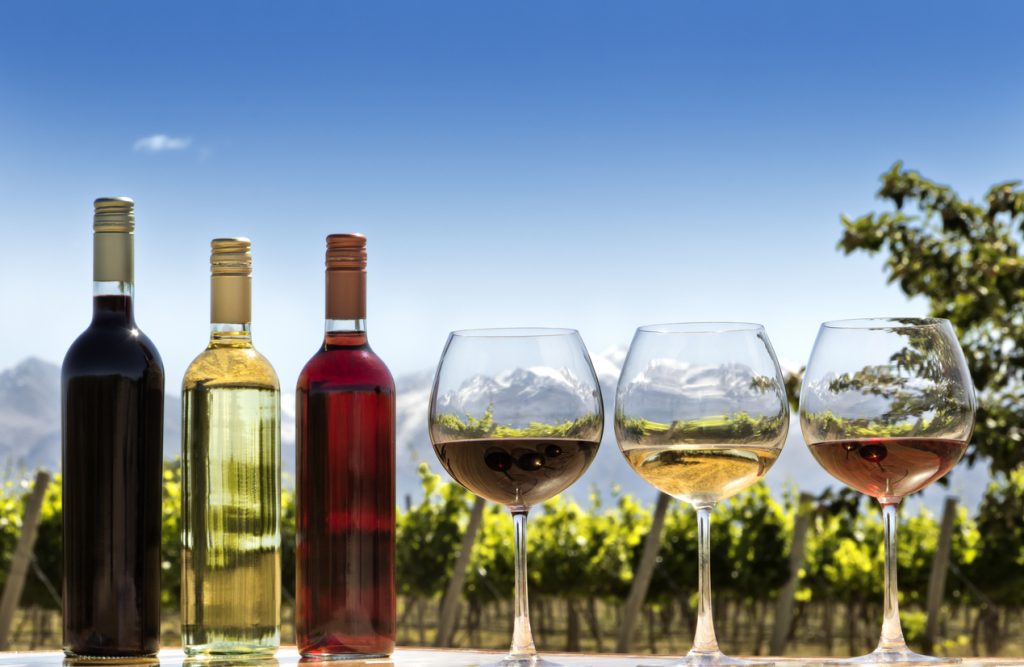 Wine is produced in every state in Australia, though the more well-known regions can be found in the southern, cooler parts of the country. The country produces a wide range of varieties (due to the vast climatic and topographic differences) but is best known for Shiraz, Cabernet Sauvignon and Chardonnay. The Barossa Valley near Adelaide in South Australia is famous for its Shiraz (also known as Syrah), Sauvignon Blanc and its Reisling, while the Yarra Valley and the Victorian Alps in Victoria are also known for their Cabernet and Grenache, and Italian varieties like Sangiovese and Pinot Grigio. 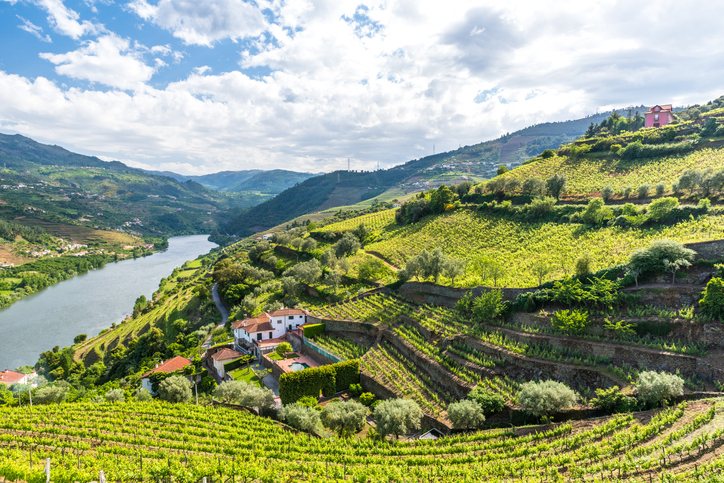 Portugal is a major destination for wine lovers, as it is home to hundreds of varieties since before the Roman Empire. The country has 14 distinct wine regions which grow a wide array of grape varieties. The largest region is Alentejo, which is known for both its cork production and its dry red wines (such as Tinta Roriz, Alicante Bouschet and Alfrocheiro).

The Douro Valley is a wine region that is protected by UNESCO, and is famous for its fortified Port wines, as well as non-fortified varieties known as “Duoro Reds”. Dão is one of the oldest established wine regions in Portugal and is known for its red wines made from Touriga Nacional and Tinta Roriz. Bairrada is another well-known region, which produces Baga, Borrado das Moscas, and Tinta Pinheira. Portugal is also known for its fortified wines Madeira the Moscatel. 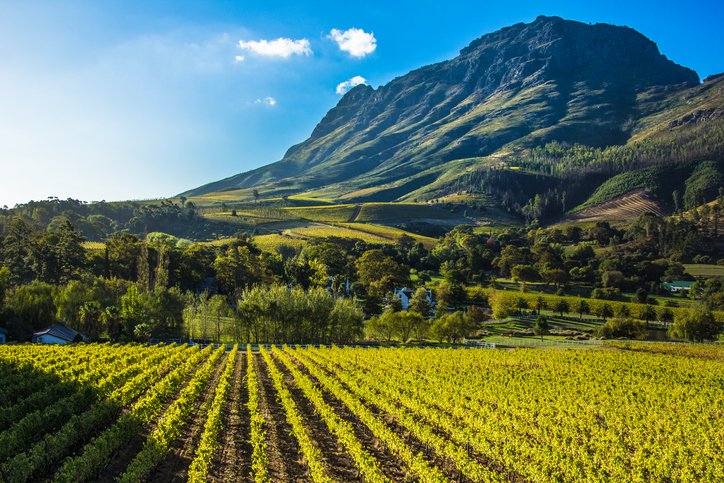 South Africa is known for its excellent Chenin Blanc, especially in areas around Cape Town, such as Franschhoek and Stellenbosch (which is also known for red wines such as Cabernet, Merlot, and Shiraz). The Hemel-en-Aarde Valley also produces Pinot Noirs and Chardonnays in its much cooler climate. South Africa is also the largest producer of brandy in the world. 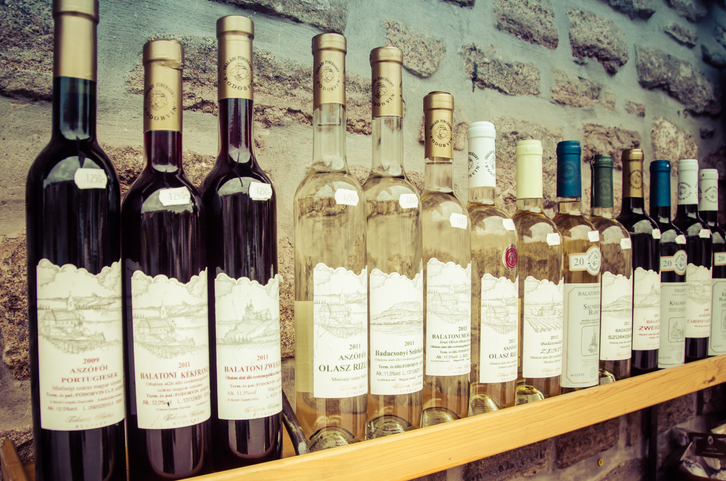 Hungry is said to be one of the oldest wine regions in the world. Its famous Tokaj-Hegyalia region is set at the foot of the Carpathian Mountains and produces sweet dessert wines from local grapes such as Furmint, Zéta, and Hárslevelű, known collectively as Tokaji. Another major region is Eger, which is famous for its red blended wine Egri Bikavér (literally “bulls blood of Eger”) and its Chardonnay.

Also Read: The Top 11 Weird Beers From Around The World 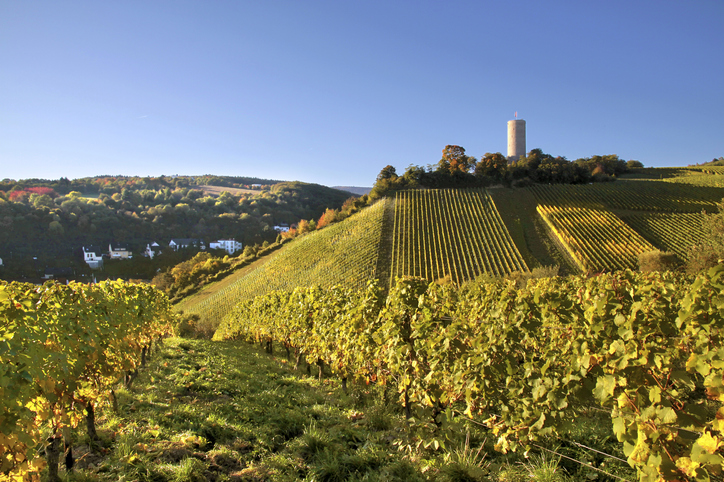 Though it’s thought of more as a beer country, Germany produces excellent wines, especially along the river Rhine and its tributaries. Wine production dates back to Ancient Roman times, and some major regions are the Mosel-Saar-Ruwer, Baden, Württemberg,  and Rhein Pfalz, also known as Palatinate. Germany is most well known for its dry and sweet white wines like Riesling and Liebfraumilch. Red wines are much less common, though you can find Spätburgunder (the domestic name for Pinot noir) and Grauburgunder (Pinot Gris). 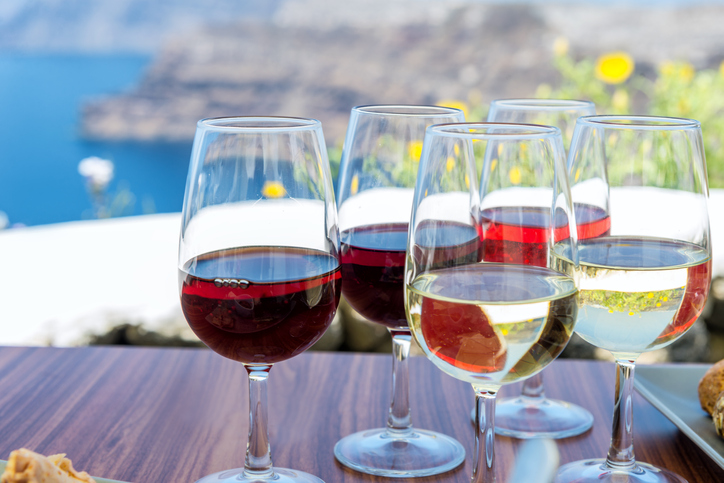 Greece was among the first wine-producing territories in Europe, with it being made as far back as 6,500 years ago. The Aegean Islands have some of the most well-known wines, such as Assyrtiko from Santorini and Limnio (or Kalambaki) from Lemnos. Crete is known for its richly flavoured Kotsifali and Romeiko, while the Ionian Islands and the Peloponnese are known for the fruity Agiorgitiko, Mavrodaphne (a fortified dessert wine) and the citrusy Robiola and Roditis. 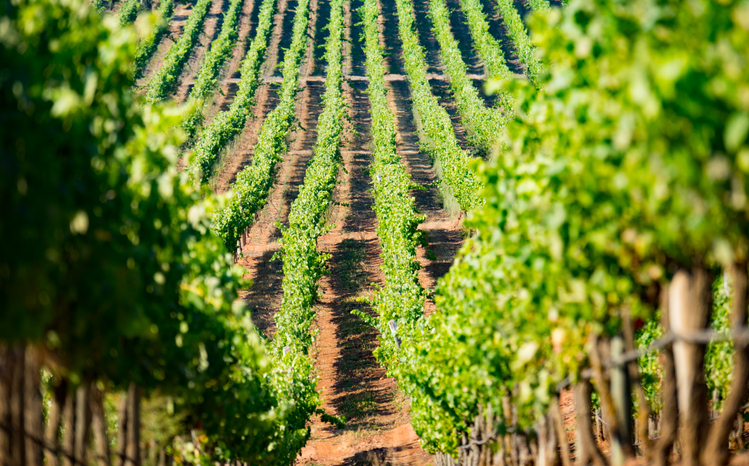 Located near the Andes, Chile is the seventh largest producer of wines. The Atacama region in the north is famous for its brandy-like Pisco, while the Aconcagua and Casablanca valleys are known for producing red Carménère and Shiraz, as well as Sauvignon blanc and Chardonnay. The Maipo Valley is one of the best-known wine regions in the country and is located directly across the Andes from Argentina’s Mendoza region. It is known for its excellent Cabernet Sauvignon.

Wine-making in New Zealand dates back to the early 19th century. The largest region, Marlborough, is famous for its Sauvignon Blanc, which make up almost three-quarters of the country’s entire wine production. Another major region is the Canterbury, which is home to the Waipara Valley which is known for its Pinot Noir. Central Otago to the south has some of the highest vineyards in the country and produces excellent Chardonnay and Pinot Gris, as well as Pinot Noir. The Wairarapa region near Wellington is also known for its Sauvignon Blanc, Pinot Gris and Syrah.

Also Read: 18 Rules Of Drinking Etiquette From Around The World

So, make your holidays extra special and visit one of these wonderful wine regions around the world. Just remember to drink responsibly – after all, you’ll want to remember every part of your trip!