More
Home Topics of Interest Food & Drinks Traditional Irish Dishes You Need To Try On Your Next Trip To... 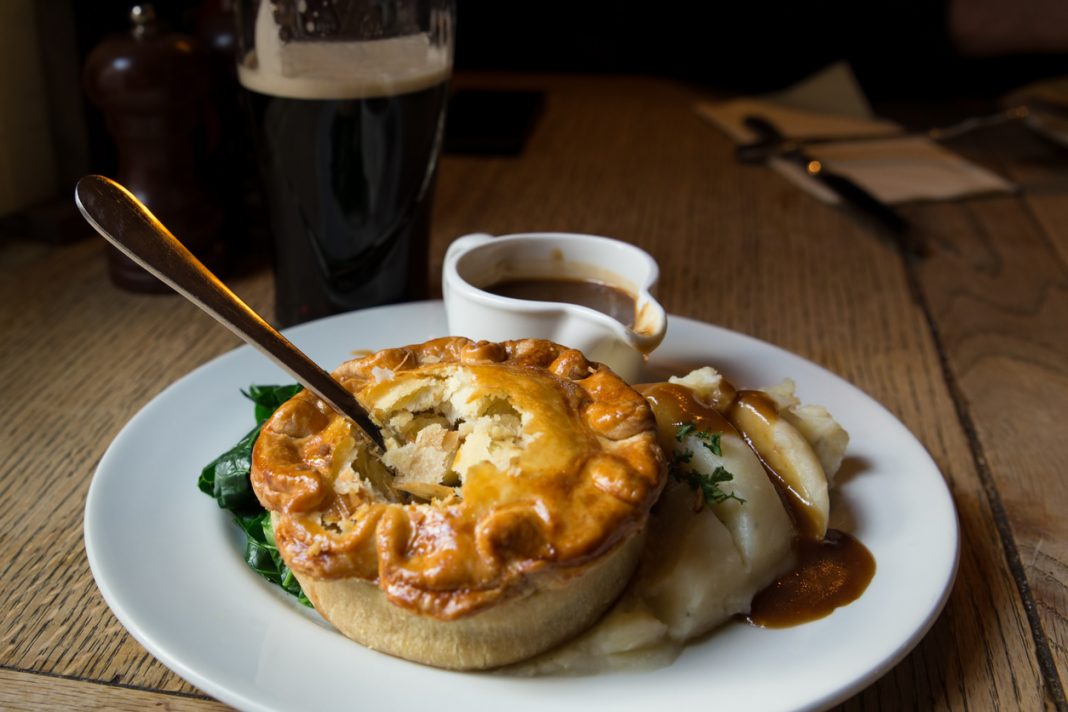 Irish cuisine is known for using local ingredients and traditional cooking techniques which provide an authentic taste of Ireland. These hearty and filling Irish dishes include the freshest seafood available on Ireland’s shores from summer, beef and lamb reared in its green pastures in spring; of course soups and stews during winter.

As potatoes are grown all year long, they are added in most of the Irish dishes. They are cooked whole with cabbage, and meat.  While Irish delicacies, in general, are simple, they are ultimately one of the best tasting foods in the world. Here is a list of best traditional Irish dishes for you!

Also Read: Traditional Scottish Food You Have To Try in Scotland

Authentic Irish soda bread is a form of quick bread, made with baking soda. While the basic recipe is pretty simple, Irish families add their own twist and even pass down these recipes from generations to generations.

Available in both white and brown varieties, soda bread, it is leavened with the baking soda while other ingredients added are flour, buttermilk and salt. Now, the basic ingredients don’t change, families mix other ingredients according to their tastes. Some like it sweet with a spoonful of honey, sugar or dried fruits. Others prefer sprinkled-in seeds, bran and oats for a health boost, or treacle. It makes a filling snack when slathered with creamy Irish butter and accompanied by a cup of tea.

The traditional Irish stew is perhaps the country’s most well-known dish. This comforting one-pot meal is made with slowly cooking until the tougher cuts of meat are ultra-tender with potatoes, carrots and onions. The stew dates back many centuries and is warming, homely comfort food making it very popular during winter months.

As mentioned before there will be potatoes in most of the Irish dishes, we have another entrée championing the humble potato. Colcannon is a classic, comforting mash of potatoes mixed with cabbage or kale. It is then seasoned with milk, butter (or cream) and flavoured with salt and pepper. Colcannon is generally served as a side with boiled ham or with bacon stirred into it.

Delicious and tasty, Champ is very similar to mashed potatoes. It’s made with chopped green onions, milk, potatoes, butter, scallions and a knob of Irish butter. Enjoy buttery goodness of this potato speciality in Ireland.

Another potato made dish from Ireland is Boxty. It is a traditional pancake made from the country’s most ubiquitous ingredient – the potato. It can be made with both grated raw potatoes and mashed potatoes, then mixed with flour and salt and boiled before being sliced and fried in butter; added to a pancake-like batter before being fried; or added to a pancake-like batter before being baked in a loaf tin and then sliced and fried. Most commonly served alongside bacon and eggs or smoked salmon and crème fraîche; the name is believed to originate from the Irish arán bocht tí, meaning poor house bread.

This dish might not sound appetising but you really have to give it a try once you’re there! Traditionally made with (obviously) boiled bacon (salted), boiled cabbage and boiled potatoes, it is covered in delicious silky parsley sauce which adds flavour to the dish.

Traditional Irish dish is coddle with sausages, bacon and vegetables

With roots as a working-class Dublin dish, the name ‘coddle’ comes from the slow simmering or ‘coddling’ of ingredients in a one-pot stew. It is generally made up of leftovers from the week like sausages, bacon, onions and potatoes.

Honest, hearty and very Dublin, this stew is said to have literary connections as well. It is reported to have been the favourite meal of playwright Seán O’Casey and Gulliver’s Travels author Jonathan Swift. The true mark of a Dublin tradition, it even appears in works by James Joyce.

Barmbrack is a type of sweet Irish quick bread filled with raisins, fruit and spices. Traditionally it is soaked in black tea and whiskey overnight, making it an even more delicious snack with afternoon tea. This treat is especially popular around Halloween when different trinkets are traditionally added to the dough to make a kind of festive fortune-teller game. If you find a coin, you’ll gain wealth while is a ring is found, you’ll wed within the year!

Ireland is known for its iconic pudding made with blood and fat mixed with barley, pork meat, oatmeal; suet in one intensely flavoured sausage. White pudding is a less common delicacy but is similar to the black pudding. The only difference is that it is without the blood. Black pudding is served with sautéed scallops, in croquettes, under poached eggs, in salads and risottos and as a garnish to soups.

Also Read: Cornish Food To Try On Your Next Visit To The UK

So try these traditional Irish dishes when you visit Ireland next time and do let us know about the experiences below!