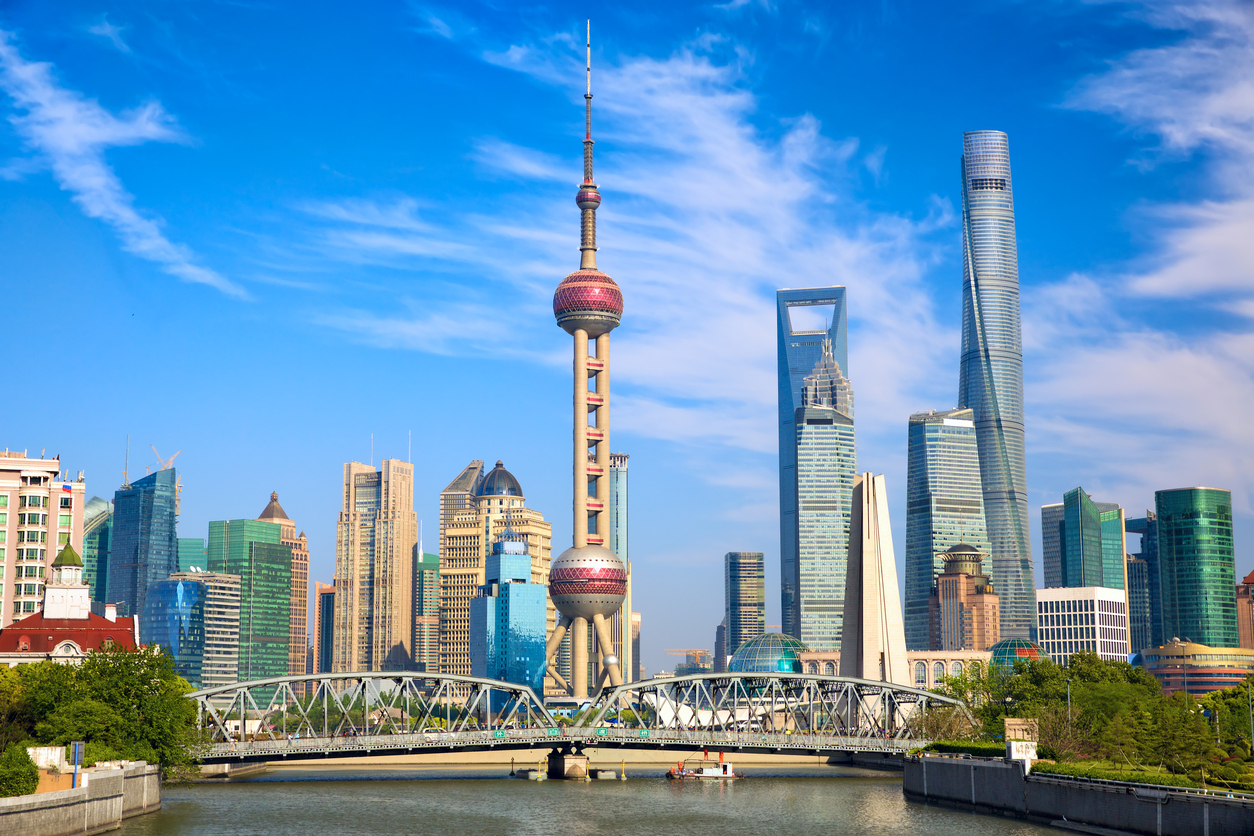 Step into Shanghai, China’s largest city, with its enticing opportunities for those looking for something traditional and offbeat. Despite a 24 million population, this fascinating city offers quieter historic districts and attractions alongside its stand out sights. From the Great Wall of China to another of the many  Shanghai experiences, the River Yangtze. Shanghai also hosts a collection of artsy museums and historic heritage sights that will make you take off your shades in awe. Don’t forget to flee on the speedy train to the nation’s capital Beijing.

While those who live there call it by the Anglo-Indian name Bund, Shanghai’s Promenade offers a blissful stroll along the west bank of the Huangpujiang River. It’s a splendid place to soak in the atmosphere and get lost in the depths of your thoughts. Take in the 52 buildings constructed in a variety of styles including Gothic, Romanesque, Baroque, Neoclassical, and Renaissance influences.

Visit the traditional gardens of China

The magnetic Yu Yuan Garden is also known as Garden of Happiness. Lying in the northeast of the old town, this beautiful still watered zone awaits. There’s an outer and inner garden. Centuries old, this heritage is draped with lovely roof ornaments, figurative representations in mouldings, paintings on window openings, and its dragon-adorned walls.

Satisfy your spiritual side at The Jade Buddha Temple

In the Anyun Lu district of Shanghai lies the beautiful Jade Buddha Temple housing two Shakyamuni statues. It is believed that the monk Huigen brought these with him from Burma. The current structure was built in 1928 to replace the original 1882 version. It is divided into three halls and two courtyards including the fantastic Hall of the Kings of Heaven. Known for its statues of the four heavenly kings and two Shakyamuni sculptures carved from white jade, it’s quite a spectacle!

Dive into the past at the Shanghai Museum

Dating back to 1952, the Shanghai Museum remains China’s most important possession of the classical Chinese era. Its unique round top and square base encompass traditional Chinese concepts of the earth. The historic heritage floors four stairs to heavenly glory while displaying bronzes and ceramics from prehistoric cultures to the 19th Century ink drawings. The calligraphy style a moment you might be awestruck. …and the history of the place continues while giving you a chance to discover new pieces each time you visit.

Where history, art and culture meet, the world seems more beautiful than it is. Shanghai is a place where you can leave your mark and enjoy it as a feel-good place. Whether you go on a sudden visit, or a planned holiday, the city is well connected to ensure you cover the distance in less time to get to all those Shanghai experiences.

With tiny miniatures under me now, I am off to explore,

As my eyes roll up to skyscrapers on one side, on the other,

Lies the steps to holy point in City God Temple; A sight to marvel.