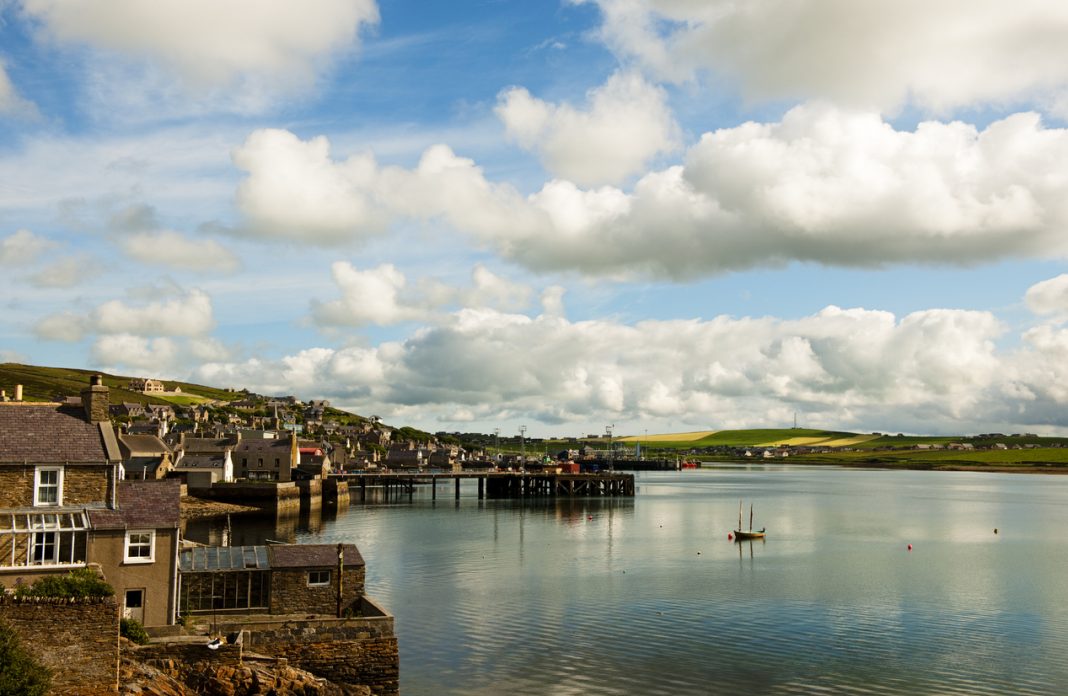 The Orkney Islands are one of Scotland’s many hidden gems. Comprised of some 70 small islands, Orkney is full of majestic sights, stunning natural wonders, and fascinating historical sites. The island archipelago’s history dates back to the Neolithic age, and you can still see bits of this history dotted all over Orkney.

There are lots of things to do in the Orkney Islands. You can explore the beauty of these flat green islands lined with red sandstone cliffs, relax on the sandy beaches, visit the famous ancient standing stones and prehistoric villages, or make the most of the unique bird- and wildlife-watching opportunities.

Also Read: A Quick Guide to Visiting the Scottish Highlands

Orkney is well connected to cities across the UK; it can be reached by plane or ferry, with connections by bus, car or train.

Kirkwall is the largest city in the Orkney Islands. There are direct Loganair flights here from Glasgow, Edinburgh, Aberdeen, Inverness and Shetland. All of these airports are also connected to other national and international airports.

Visitors can also opt for a more leisurely road trip and ferry journey to reach Orkney.

There are four major ferry routes from the mainland to the Orkney Islands. Pentland Ferries from Gill’s Bay to St Margaret’s Hope, NorthLink Ferries from Scrabster to Stromness or Aberdeen to Kirkwall, and the John O’ Groats Ferry from John o’Groats to Burwick, which runs only in the summer months (May-Sept). If you happen to have your own boat, make for the marinas at Kirkwall, Stromness and Westray.

By Road and Train

If you wish to drive (or take a Citylink bus, or a train), you can make for the ports at either Aberdeen or Gills Bay where you will find ongoing ferry connections to Orkney. The John O’Groats passenger ferry also runs during the summer. You can also travel on the Orkney Bus (June-Sept) which travels directly from Inverness to Kirkwall using the John O’ Groats passenger ferry link.

Getting around the Orkney Islands

Loganair operates the Orkney Inter-Island service which has regular flights from Kirkwall to the outer islands of Eday, Stronsay, Sanday, Westray, Papa Westray and North Ronaldsay (this includes the world’s shortest flight between Westray and Papa Westray, one that lasts 90 seconds).

If you want to drive around the islands, you can easily hire cars and bicycles from companies such as Orkney Car Hire, Orkney Cycle Hire, and Cycle Orkney. Four of Orkney’s islands can be reached by road from Orkney Mainland thanks to the Churchill Barriers. Stagecoach also runs buses on the Mainland and the connecting islands. You can also hire Orkney Taxis if you don’t want to drive.

There are 9 dedicated Inter-Island ferries that operate between Orkney’s mainland and the thirteen other populated islands. You can also take your car on the ferries, but remember to make vehicle reservations in advance.

Things to do when you visit the Scottish Highlands

Orkney has a wide range of accommodation from boutique hotels to holiday cottages and B&Bs or even caravans and camping. Also, visitors to Scotland don’t need a special visa, as it falls under the purview of the general UK Visa.