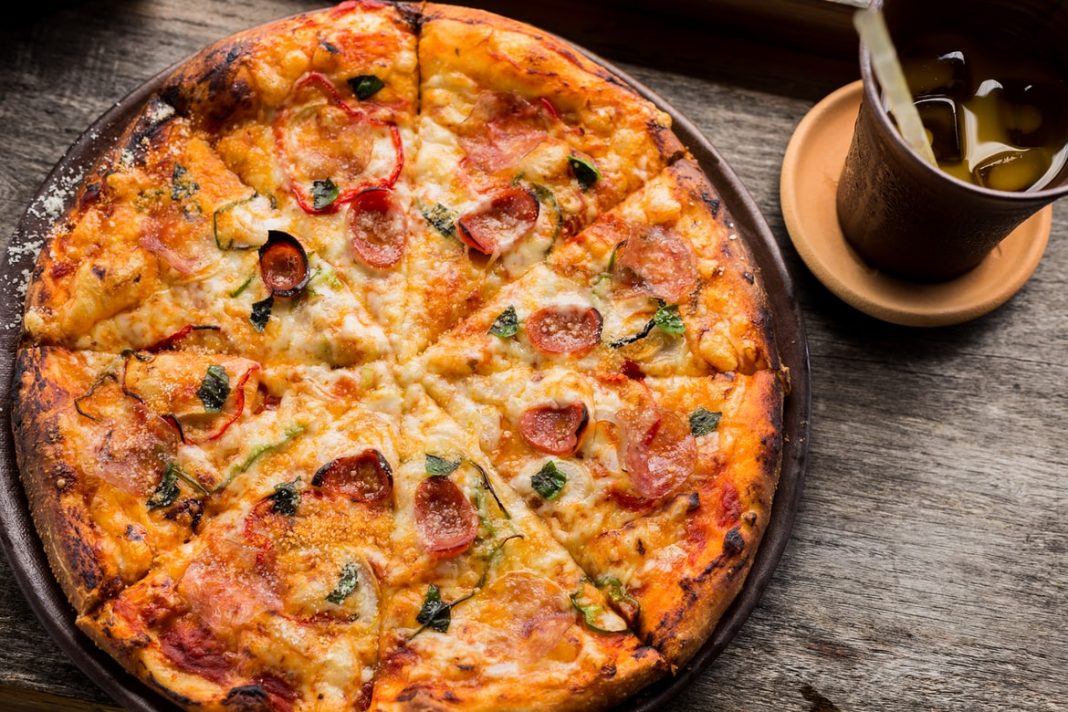 Pizza, a wonderful gift from the Italians that keeps on giving. Throughout the year’s Pizza has been transformed based on each region’s demand. Americans adore their pizza and the dish has really come into its own. American regional pizza styles are far and wide, and compared to their Italian brethren are often bigger, heavier, and more packed with toppings. From deep dish to tomato pie the U.S has a wide range of regional types of pizza styles, here is a list of pizzas you would want to try. Though the country may have around 30 different styles of pizza to offer, we have listed the most popular ones for you.

Different Types Of Pizza In The U.S

Brought to the city by immigrants from Naples and adapted along the way New York Style pizza is perhaps one of the most reminiscent of the original Southern Italian styles. New York pizza is large and round, with a thinner crust than its Midwestern alternatives, the crust is made with a high gluten flour which contributes to its chewy crust. It is said the minerals in New York City tap water contribute to the flavour of the dough. Sold by the slice, New York-style Pizza has a distinctive droop and is typically eaten by folding the slice in half. They are referred to as pies and the sauce used is a well-seasoned tomato base, which is heavy on the cheese usually low-moisture mozzarella, and toppings vary from the classic pepperoni and sausage to ziti pizza which is a topping of baked, cheesy penne pasta. The most common condiments used are dried oregano, garlic powder, and grated parmesan cheese.

Even though it’s a part of New York, Brooklyn has managed to create a different style of pizza. Brooklyn-Style Pizza has a thinner crust, with cornmeal baked into it for a crispier base, and was first marketed by Domino’s in 2006. Pizza lovers, enjoy the thin and bubbly crust of this Pizza in the U.S compared to a slightly thicker and doughier version. The edges of this pizza are typically charred and have a crispy texture and a generous helping of sauce its easily one of the best pizzas available in the U.S.

Perhaps the most nontraditional of the bunch Chicago-style pizza is a deep-dish round pie with tall edges filled with a good inch or two of toppings. What’s different about the deep dish is the order of the toppings. Unlike other pizzas, in a deep-dish, the cheese goes in first and the sauce is the finishing element, this is so the cheese doesn’t burn during the longer-than-average baking time of this delightful pizza in the U.S. The dough is made with cornmeal or semolina to encourage a flaky texture and the longer baking time allows the crust to get crisp and almost fried. This pan-pressed pizza even has variations with a stuffed crust leading many to feel that the deep-dish pizza is a sort of pizza-flavoured pie rather than a flatbread.

Another midwestern variation of pizza that diverges from the Italian norm is the Detroit Style Pizza.  similar to the east-coast Sicilian slice the pizza is served square has a deep crust and has sauce added as the final ingredient on top. It is said that the pizza is served square because it was once baked using metal automobile drip trays from automobile factories. This pizza in the U.S is cooked until the cheese is charred on the edges. Usually made with Wisconsin brick cheese the crust of the pizza is crusty unlike the deep-dish pizza it tends to have a dough base that is more focaccia-like.

An example of Californian cuisine, California pizza is fresh and vegetable-forward and has ingredients like arugula pesto and goat’s cheese. The pizza is made using a lighter dough and is said to have originated in the Bay Area and eventually became popular across the state. California pizza has a  soft and thin base and is cooked in a wood-fired oven. The toppings of this pizza are fresh produce, like kale or artichokes, or more gourmet ingredients like bone marrow and paté. These types of pizza are also closer to the Italian original than their east coast counterparts.

A thin crust with a cracker-like consistency is what you would get with the St Louis Pizza. Made without yeast with a crispy crust St. Louis pizza is usually cut into three- or four-inch rectangles. This cut is called is known as “party” or “tavern” cut and the pizza features  Provel processed cheese, which is a gooey combination of cheddar, Swiss, and provolone cheeses, making this style of pizza perfect for a party. Created largely by the community from Milan and Sicily the sweet sauce in this type of pizza is reminiscent of the Sicilian influence.

Pizza became most popular in America after soldiers stationed in Italy returned from World War II. Numerous regional variations have been developed in the United States, each with unique crusts and a variety of toppings making them popular across the country. The pizzas have unique flavours and distinct sauces that are a symphony for your taste buds. So if you are a pizza lover, and are travelling to the United States, make sure to try these. These are however perfect even if you are not a pizza lover because you wouldn’t want to miss out on these. Have you tried all the types of pizza styles mentioned here already? Let us know in the comments?