Christmas is a holiday that is celebrated around the world. While it may have started as a solely Christian festival, people from all over have embraced it over the years and added their own traditions along the way. Whether you see it as a religious holiday, something commercial, celebrate another festival like Hanukkah, or even nothing at all, you’re sure to be interested in these 15 unusual Christmas traditions around the world. 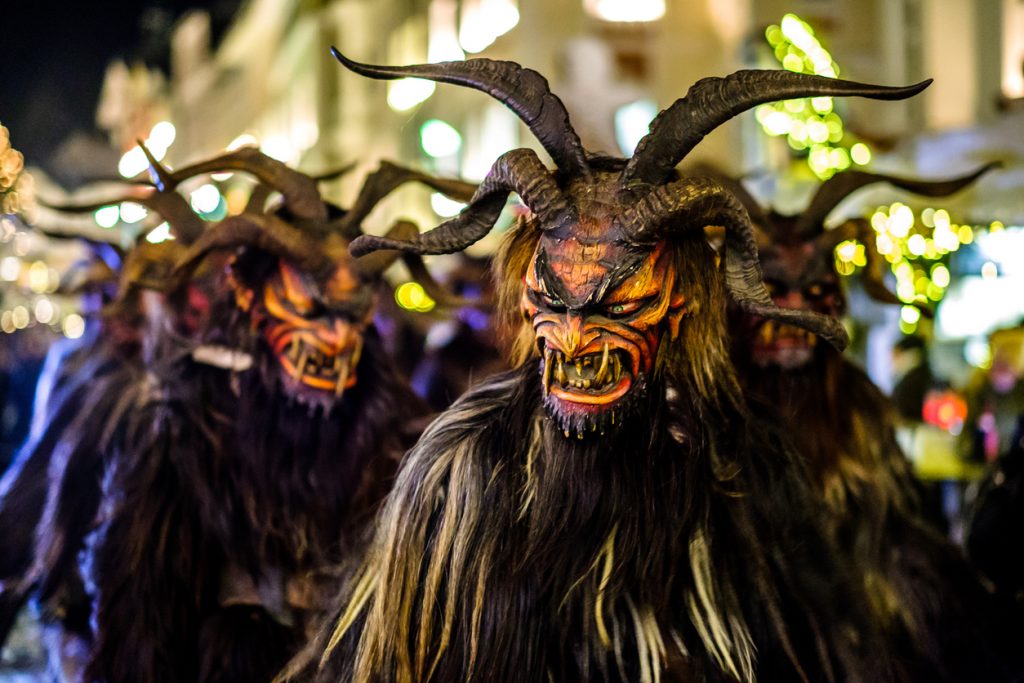 In most countries Father Christmas, Santa Claus or Saint Nick brings children presents for Christmas, but Austria is also home to his evil accomplice. The half-goat, half-demon Krampus is said to wander the streets carrying a wicker basket in search of badly-behaved children. The folktale is popular throughout Austria, southern Germany, Hungary, and even northern Italy, where you can see people dressed as the Krampus walking the streets in December. 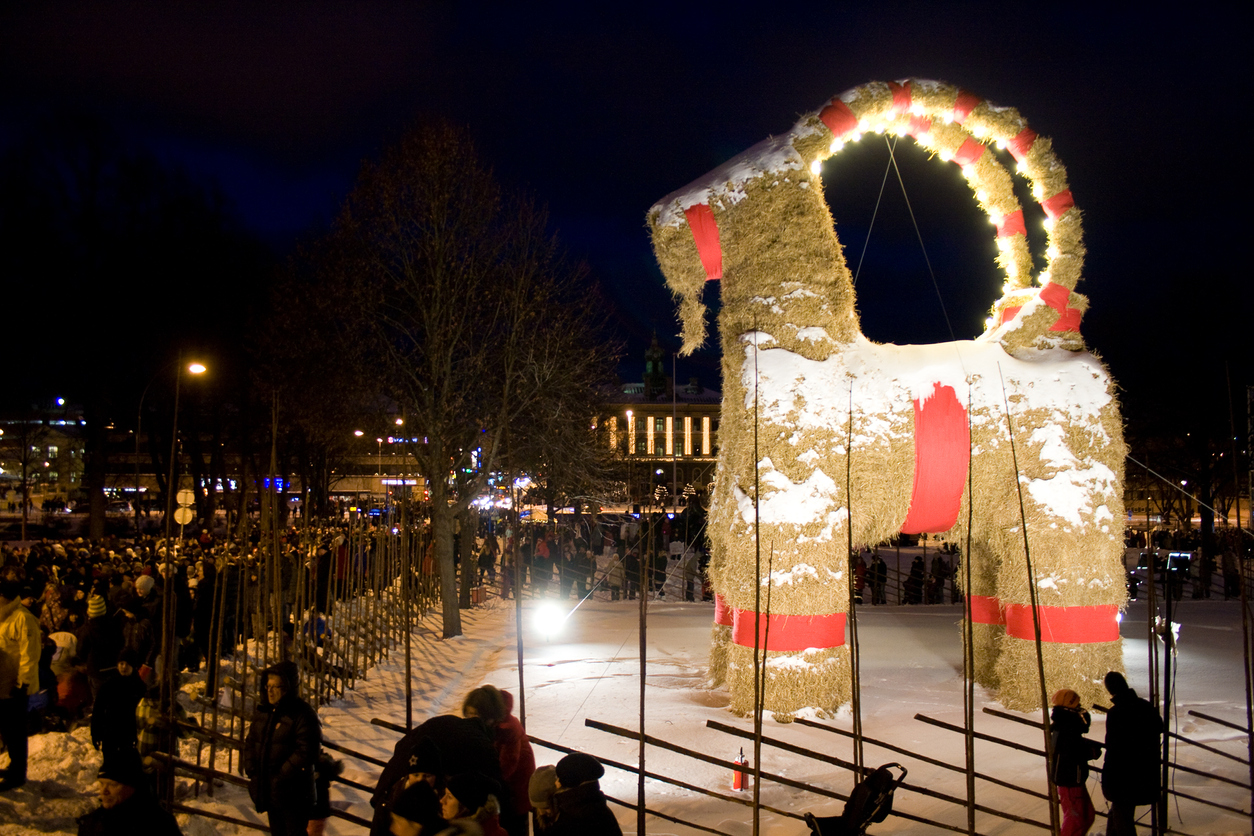 The Swedish Yule Goat dates back to the 11th century when it was said to be a companion of Saint Nicholas, who had the power to control the devil (like the Krampus). By the 19th century, the goat had become the giver of gifts, and people would dress up as goats to distribute them. Today, the Yule Goat is mostly a Christmas ornament that can be found on trees and erected with straw in towns across Sweden. The village of Gävle is famous for its unlucky goat, which has been burned down by vandals 29 times since it was first put up in 1966.

Mummers (or street actors) disguise themselves as animals or macabre characters in Latvia. They then go from house to house to drive away the evil spirits with music and traditional songs. In return, families offer them food and drink. The mummers are expected to stay disguised, and in addition to the masks, they hide their voices to avoid being recognised. 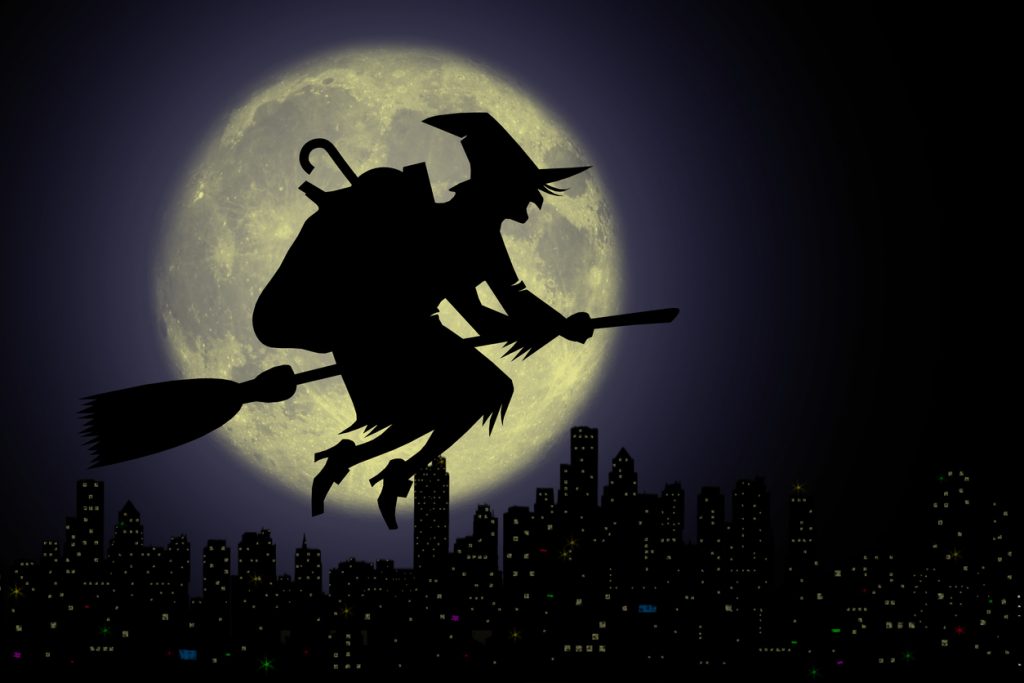 While Italian children are visited by Santa Claus (or Babbo Natale) each Christmas Eve, they get another visit on January 5, the eve of the Epiphany. According to legend, Befana was a witch who didn’t give a gift to the baby Jesus in the manger. To repent, she now gives gifts to all children, who leave out some wine and food for her. There is a similar figure in Russian folklore, where Babouschka, meaning old woman or grandmother in Russian, brings gifts to children before Christmas (which is celebrated on January 7 here).

According to Norwegian folklore, witches and evil spirits come out on Christmas Eve to do mischief. So families hide their brooms to stop them from being stolen for a midnight ride. Sometimes they even burn spruce logs in the fireplace to stop them from coming down the chimney.

Christmas isn’t a big deal in Japan, apart from gift-giving and light displays. However, they do have an unusual Christmas Eve dinner. Thanks to a festive marketing campaign in the 1970s, Kurisumasu ni wa kentakkii (or “Kentucky for Christmas”) has become a firmly established holiday tradition. Families from all over the country head to their local KFC for some festive fried chicken.

Each year on the Saturday before Christmas Eve, the city of San Fernando in the Philippines holds the Ligligan Parul Sampernandu, the Giant Lantern Festival. Several villages compete to build the most beautiful and elaborate paper lantern. They can measure up to six metres (20 feet) in diameter and are arranged in intricate patterns with vivid colours. 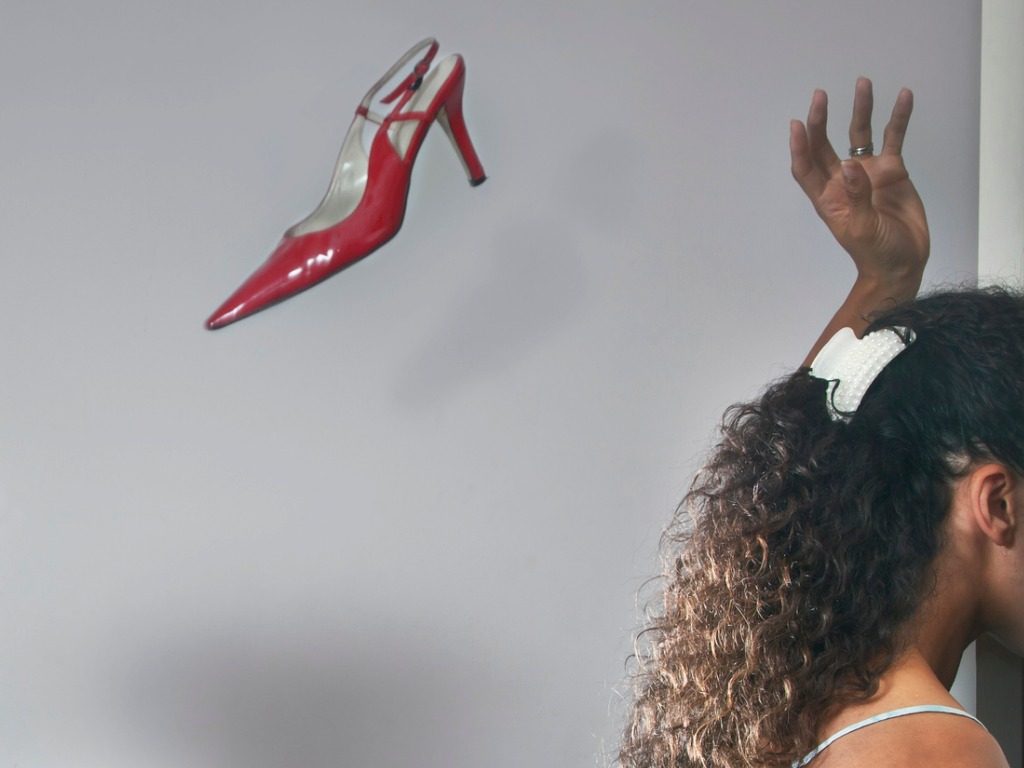 On Christmas Day in the Czech Republic, unmarried women throw a show over their shoulders towards the front door. If the shoe lands with its toe towards the door, she will get married in the following year. However, if the heel points toward the door, she’ll remain single.

In the Catalan region of Spain, nativity scenes frequently have an unusual addition. The Caganer can be found tucked away into a small corner and is traditionally a man with his pants rolled down and caught in the act of defecation. Though his origins have been lost in time, he started to appear in the 18th century and can often be found wearing traditional clothing and hats. Now, you can even find Caganer versions of popular celebrities. 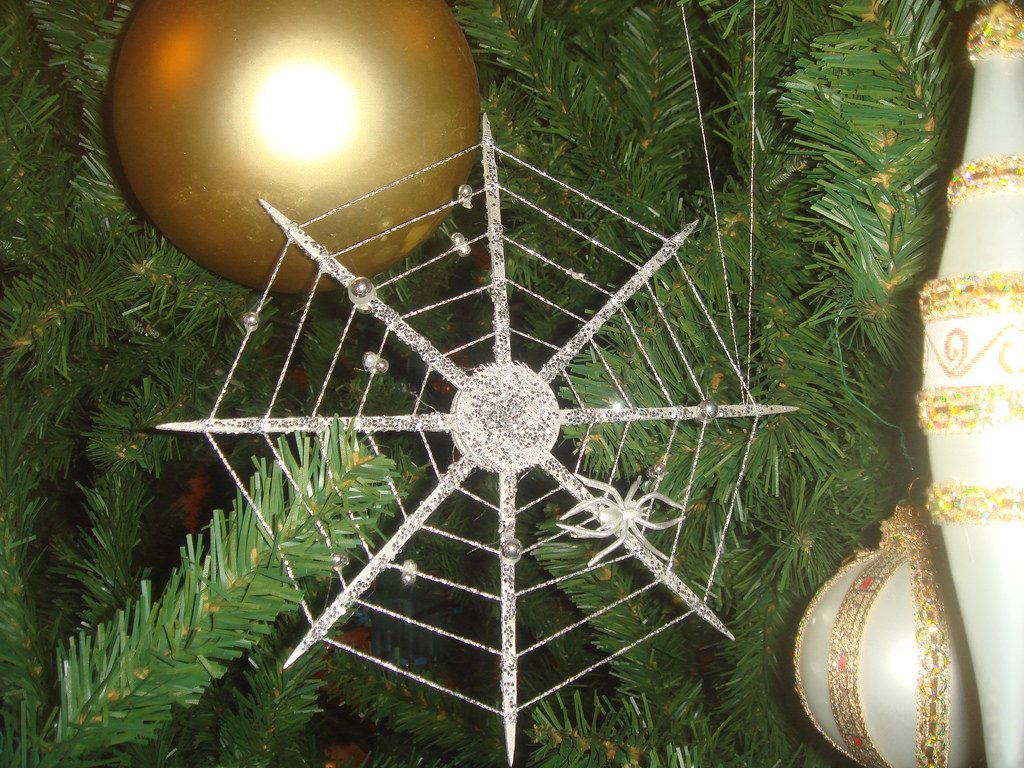 Ukraine’s strangest holiday tradition involves spider webs. According to an old legend, a poor widow and her children found a Christmas tree in their garden but didn’t have money to decorate it. However, when they woke up the next morning, it was covered by a spider’s web, which turned silver and gold in the morning light. In honour of this Ukrainians hang spider web-shaped decorations on their trees to bring good luck.

In the 13 days leading up to Christmas, 13 Yule Lads (jólasveinarnir or jólasveinar) visit children across the country to leave candy or small gifts in their shoes. Each of these troll-like characters has a different personality, though they were all originally pranksters who also left rotting potatoes for naughty children. 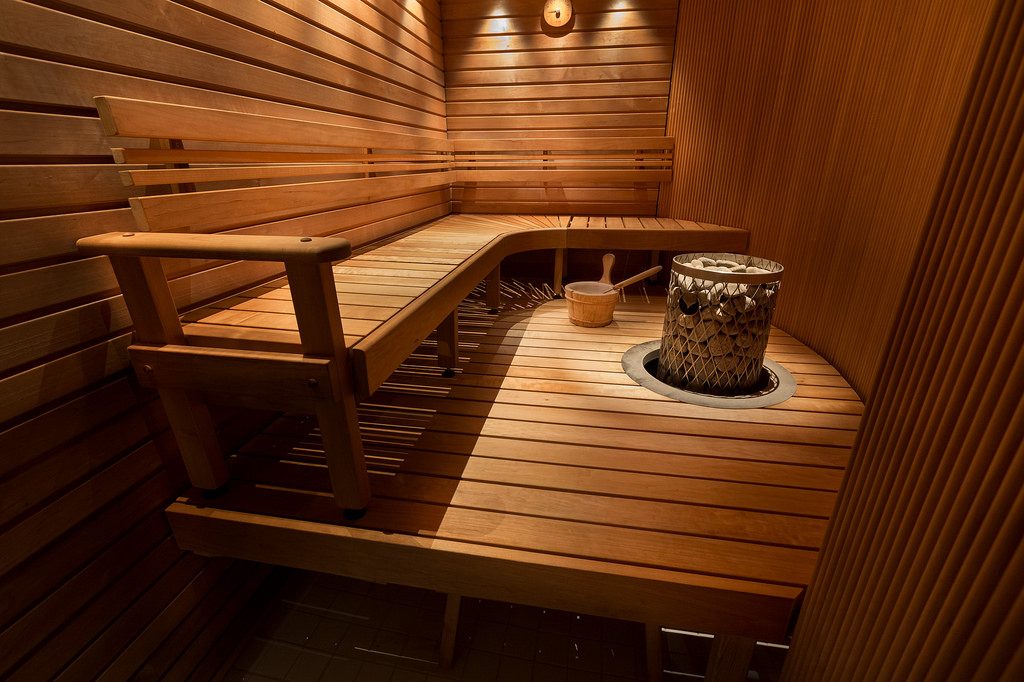 Saunas are a way of life in Finland, so it’s no surprise that its also a part of Christmas. Many homes have their own saunas and on Christmas Eve it is a place to connect with long-dead ancestors. After this session, they head out to celebrate and the spirits of their ancestors take their place.

In Caracas, the capital of Venezuela, the residents head to church for mass each Christmas morning – so far, so normal – but, they do so on roller skates. This tradition is so popular that the city’s streets are closed to traffic so that people can skate to church safely.

Swedish Christmases are planned around an unusual television special. In the afternoon, people gather around to watch Donald Duck. This dates back to the 1960s when televisions were new and played only two channels (one of which played Disney cartoons). One of the most popular is a 1958 Christmas special called Kalle Anka och hans vänner önskar God Jul or “Donald Duck and his friends wish you a Merry Christmas”.

Christmas trees can be found around the world but in Germany, families have an unusual addition to their ornaments. They hide a pickle ornament somewhere within the branches of the tree, and the first child to find it gets a special present.

Did we miss one of your favourite Christmas traditions around the world? Let us know in the comments below.