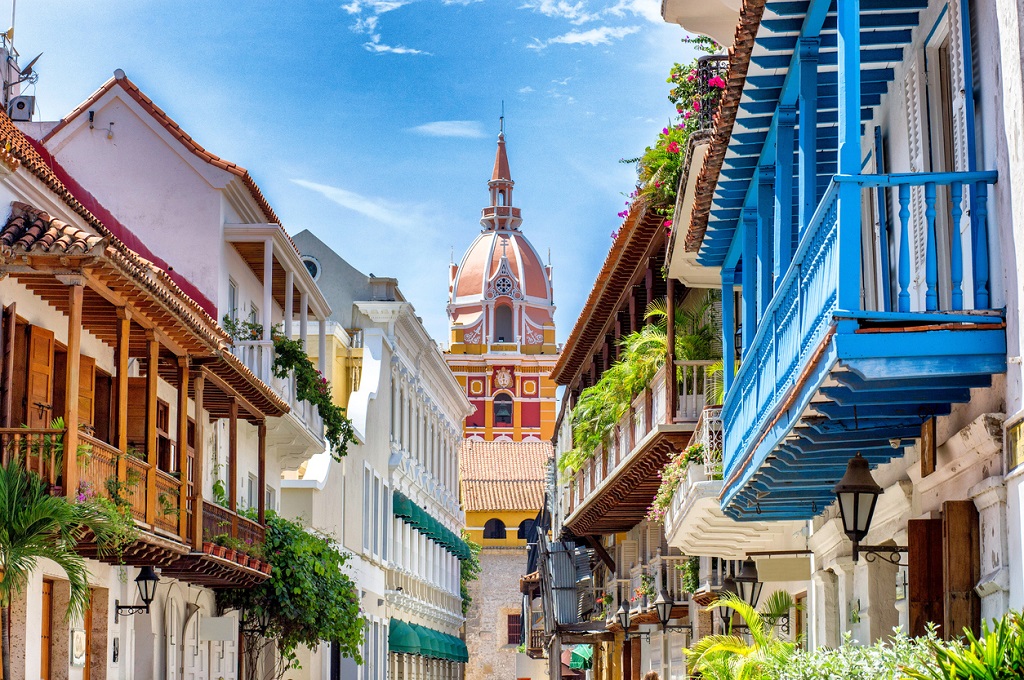 Great literature influences your way of thinking, changes your perspective, adds to your reality, and transforms you. Great works build worlds of their own, that the readers enter through their minds to explore and discover new things about themselves too. Classic novels in English literature are celebrated across the world, because of their accessibility through the language and the universal emotions they speak of. Reading them makes us want to escape into their worlds. But these are works of fiction! However, what if there was a way to travel into these classic novel’s literary settings? The greatest novels have been inspired by reality. Their authors have looked at actual physical places and made them a part of their classic novels. So here are some of the most recognisable spaces that are equally beautiful described in words.

‘Nineteen Eighty Four’, written by George Orwell, gives us a view of a dystopian world that Orwell predicted we would live in. Dictators like Adolf Hitler and Joseph Stalin pushed him to write this classic novel during World War II. Orwell was against totalitarianism, and the resulting propaganda, that kept the common public fed with altered false news and was thereby misinformed. In the novel, the fictional totalitarian government, the Party, keeps its public under constant observation and control to the extent that there are ‘Thought Police’ who monitor peoples’ thoughts and punish them for thinking of anything contrary to the Party’s interests. The punishment for ‘thought crime’ was torture and reprogramming the person to support the party. The classic novel also had a ‘Ministry of Truth’ which ironically was responsible for providing false information to the public. This ministry was inspired by the Senate House at the University of London. The Senate House was used as the Ministry of Information by the government during World War II. Orwell also worked for the BBC where he led a broadcast concerning information about the war. It was believed that these war reports had to get approval from the Ministry of Information.

Also read: Literary destinations in the UK for book lovers to visit

2. The American Dream In Its True Form: Willet Point As Valley Of Ashes In ‘The Great Gatsby’

‘The Great Gatsby’, written by F. Scott Fitzgerald in 1925, is famous for depicting the 20s in America. The story unfolding in the Roaring Twenties as it was called, or the ‘Jazz Age’  reflected on the state of American society. The classic novel is about a poor young man who  makes his way into affluent society, but remains on the fringes of upper-class aristocracy, no matter how much wealth he accumulates. Fitzgerald wanted the story to project that the ‘New World’, where Americans thought society could be more free than Europe, was still flawed and did not allow the lower class to gain the status of upper-class. The main character Jay Gatsby throws flamboyant parties in his mansion, to win the heart of the woman from the upper class.  Gatsby lives in West Egg, a fictional town that was inspired by Long Island, New York. The Valley of Ashes was an industrial area that was covered in dirt and smoke. It was an area that symbolised the state of poverty and how the poor lived amidst it. This place was inspired by Willets Point in Queens. The area is filled with shops that sell auto parts and has  a junkyard. There are houses here too, and a hotel.

3. Reliving Childhood Stories: Hannibal In ‘The Adventures Of Tom Sawyer’

Mark Twain spent his childhood in Hannibal, Missouri. He is the author of classic novels like ‘The Adventures of Tom Sawyer’, published in 1876, and ‘The Adventures of Huckleberry Finn’. This former classic novel is about a boy full of mischief who lives in St Petersburg, Missouri. The main inspiration for both  two books came from Mississippi, and Hannibal and its people had a great influence. The town also celebrates ‘National Tom Sawyer Day’ where the locals plan and celebrate with activities on 4 July. In the town, you can see the childhood house where Mark Twain grew up, as well as the Mark Twain Museum Gallery dedicated to him. Beside the house is the fence that Tom Sawyer white-washed—immortalised in the book. The other characters like Becky Thatcher and Tom Blankenship’s houses are also located here. In the book, the town also has a cave called McDougal cave in which Sawyer and Thatcher get lost. This cave was inspired by McDowell’s cave in Hannibal which is now called the Mark Twain cave.

‘Bleak House’, written by Charles Dickens and published between March 1952 and September 1853 was disapproving of the Court of Chancery in England. The novel describes an inheritance case of the Jarndyce family that drags on for decades. Bleak House is where a few members of the Jarndyce family live. The novel is critical of the court’s inability to resolve conflicts. The story was a satire on the slow and delayed workings of the British judiciary system. The inspiration for ‘Bleak House’ came from Fort House in Broadstairs, Kent, where Dickens spent his summers. It has been named Bleak House as well. The Bleak House from the classic novel is in Hertfordshire but the structure and model were taken from Broadstairs. Another place in the book, Chesney Wold, an estate that belonged to Sir Leicester Dedlock, one of the main characters, was also based on a real-life building, Rockingham Castle in Leicestershire. Dickens  was friends with the owners of the castle and it is believed that he had written the descriptions  based on his observations on this castle.

5. A Tale Of Undying love: Cartagena In ‘Love In The Time Of Cholera’

Even though Gabriel Garcia Marquez does not name the city that the classic novel takes place in, there are a lot of similarities drawn between the city in the book and Cartagena. Published in English in 1988, the book revolves around the love story of Fermina Daza and Florentino Ariza. They fall in love when they are young but Daza’s family does not approve and sends her away for a long journey. The story depicts their story, their rejections and approvals from both families, and a remarkable evolution of characters themselves. Femina Daza’s house in the book was inspired by Marquez’s seafront house. Scenes that were set in Parquecito de Los Evangelios were inspired by Plaza Fernandez de Madrid. Cartagena has influenced so many of Marquez’s books that local historians have come up with a Cartagena audio tour that helps tourists spot locations specified in his various books.

Also read: 22 fictional places that you can actually visit

Classic novels often transcend time and are therefore remembered for a very long time. These places have had the power to inspire these eternal stories, and these stories have stood against time. These places also throw light on the author’s thought process. These buildings are not mere beautiful sights but end up being stunning symbols from literary settings that remind us of a world beyond our own.