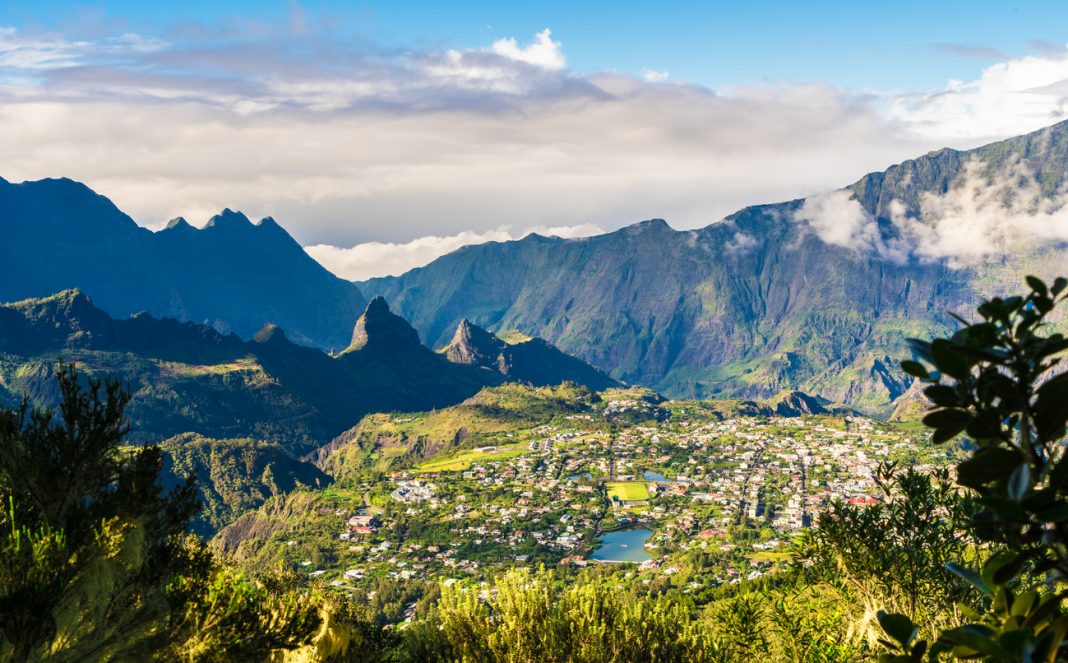 The Indian Ocean is full of beautiful treasures, none more stunning than its islands which poke out of the crystal blue and turquoise waters. Among the famous destinations of Mauritius and Madagascar, a volcanic French paradise can be found. Réunion Island is a 45-minute flight from neighbouring Mauritius, and although close in proximity, these two islands are far from similar.

Réunion Island is an overseas department (previously known as Île Bourbon). It is perhaps best known for its iconic active volcano, Piton de la Fournaise, as well as its massive extinct volcano lined with collapsed calderas and canyons.

Also Read: 22 Incredible Natural Rock Formations You Have To See

Why Visit Réunion Island in the First Place?

The island of Réunion is lush with thick green forests, towering mountains and deep waters. During my 6-week visit to the island, I immersed myself in the impressive nature and fascinating culture that is found here. One of the most exciting elements of the Réunion culture are the local markets, selling food and produce from all four corners of the area.

One of my favourite markets can be found in the town of Saint Paul, a 20-minute walk from where I was studying French at DP Langues. There are markets in every town in Réunion which are all very similar. But why is this market any more special than other local markets I have visited? I’ll tell you why: the market is situated right on the coast, and is one of the biggest on the island.

You can often see whales jumping out of the water while you are in the middle of shopping, and the people LOVE to talk about their produce! There are four elements to this market that make it very special, and all of them are reasons to visit Réunion. They include the local food; the local produce; the prices; and the pride that the people of Réunion take in producing and selling their goods at the market.

The Local Food and Delicacies of the Area

I have to confess, before my year of travel I didn’t know a lot about food. Baked beans on toast was a classic dish for me and I was never very adventurous. I am happy to say that I have now changed, and my friends will often see me cooking exotic dishes from around the world whenever it takes my fancy. Réunion Island introduced me to spices. Due to its Indian and Sri Lankan influences, they produce and import all kinds of spices for you to try and buy (‘always try before you buy – many spices can make you cry!’ Was a motto I stuck by).

As well as their spices, the amount of fresh fruit and vegetables available is immense. Rows upon rows of fruit vendors create a rainbow effect in the market, and they all have their unique touch; some will cut and peel for you, some make smoothies and juices, and some even give you free recipes with a set of ingredients.

One of my favourite pastimes was to watch the skilled men with machetes take apart a jackfruit or a coconut! Wielding a machete in an artistic fashion is something rarely seen in the western world, and is truly something to be admired.

Produce: What To Buy On Réunion (aka rum, rum and more rum)

If there is anything this tropical island is excellent at manufacturing, it is the rum. After years of being used solely as a sugar cane plantation for the French and British, the islanders have taken this historical craftsmanship into their own hands and in turn, they have mastered the art of creating beautifully tasting rum which the island is incredibly proud of. The rum is often left to marinade with local fruits such as lychee, mango and coconut, which give it an extra wonderful taste. These ‘rums arrangés’ can be found in their numbers at the local markets, to be tasted and bought (I HIGHLY recommend it).

Another very interesting product which can be found, is vanilla. Although not grown on Réunion, it is imported from neighbouring Madagascar, and so shoppers in Réunion have the chance to buy authentic, fresh, Madagascan vanilla. One of the things you will notice that immediately hits you upon arrival at the market is the smell.

First, it is the curries and spices, then perhaps the fruit, then finally the heavy and sweet aroma of fresh vanilla fills your nose and it is the only thing you want to smell for the rest of your life. I wanted to box it up and make perfume out of it, shower gel, shampoo, you name it! The vanilla is a marvellous local product which the Madagascans and the people of Réunion fight very hard to protect. Due to its worth, financially and culturally, it is definitely worth protecting.

So how much is the vanilla actually worth? A lot! It is a regular occurrence in Madagascar that thieves will break into farms to steal the vanilla plants, and therefore the sellers keep it heavily protected at the local markets. In fact, a kilogram of vanilla will set you back around £440 (or $540)! It is the worlds second most expensive spice, after saffron. Needless to say, a poor traveller such as myself cannot afford it, and so I was reduced to obsessively sniffing it like a mad person.

However, there was plenty at the market that I could afford, such as the roti (curry in a pancake – YUM) at 10 cents apiece, and the coconuts at £2 (or $2.50) which I drank on a regular basis. If you find the right coconut seller, when you have drunk all of the water, you can return to the stall and they cut it up for you to eat the rest. If they don’t do this you are essentially clearing up the wastewater for them before they cut it up and then sell the rest of the coconut again to another person. So, sometimes it is worth paying those 50 cents extra!

The Proud People of Réunion Island

With all this said, it can be argued that the most important and precious moments you will have at the Réunion markets are the interactions with the local people, whose skills have been passed down through generations. During my stay, I encountered many different types of people who were so warm and welcoming, and so proud of their produce. They will take the time to tell you where it comes from, how it is made, what you can do with it, and what health benefits it has etc. And this advice comes completely free and is accompanied with a smile (maybe even a hug if you are really lucky).

What makes Réunion island a truly special place, is the fact that even as a tourist from a faraway land you feel valued as someone contributing to the island and the people who live there. It is very safe, and even after a few days, you will feel at home and never want to leave!