More
Home Asia Nepal This Is Why Tourism Advertising Is Important 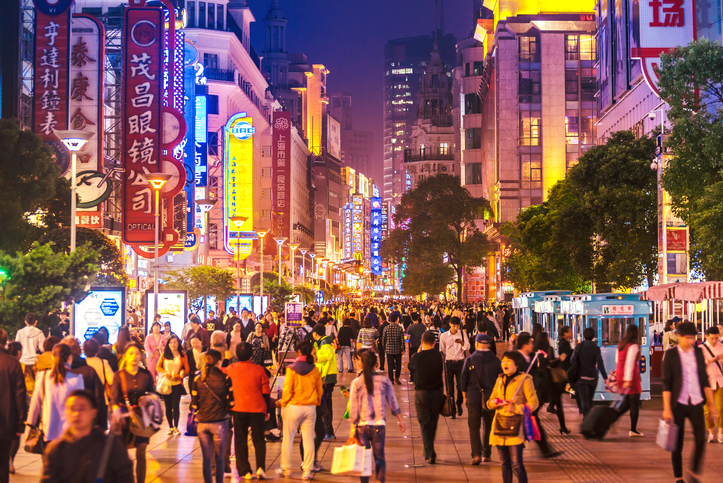 Advertising is one of the most important factors that help the tourism industry to generate tourists from both the local and international marketplace. The tourism sector is responsible for promoting the natural resources, culture, heritage etc that help every visitor in experiencing the destination. Tourism advertising helps the visitor to get familiar with the place even before visiting it personally.

We live in a media-driven world. Every organisation today uses media to promote their business. For customers, in this case, tourists, go to places and plan their vacations that are more talked about. Just a general example of the importance advertising has in marketing; Adidas in the 1970s deducted its advertising cost on its sports shoes. They all of a sudden noticed the dip in the business and later the brand had to recover from this.

Undoubtedly, advertising is important for any business. Similarly, in the travel business, it plays a key role to entice the customer (tourist). Technically, tourism is not a product. It is intangible so unlike products, industries can not sell it to their customers. So the industries sell the destination on the basis of the customer’s imagination skills.

The customer plans a holiday on the basis of expectations developed via advertising.

An improper advertisement can lead to a loss in the tourist business. Effective advertising does not guarantee success but will surely increase the chances for it.

There are three major roles that advertising plays in the tourism industry:

The global travel market is expanding and so is the advertising market. Advertising campaigns are predominant in western countries to promote travel destinations abroad. Many advertisers only intend to increase their revenue by promoting their services, be it flight bookings or hotel reservations. Whereas there are a few advertisers who feel the need to connect to their target audience which, according to me, is important.

Places For Which Tourism Industry Served As A Boon

The common impression of India in the west has been ambivalent in terms of poverty and hygiene. India has more violence than any other place according to them. But the truth is that Africa has the highest crime rates. With all this negativity, India’s tourism industry started promoting the richness India has like rich culture, historic sites and tourist attractions calling it “Incredible India”. And today, India is one of the largest travel economies.

The Bahamas is considered to have high crime rates, so the tourism industry has diverted the audience attention towards the blue waters and beaches. The marketing campaign said, “It’s better in Bahamas” showing the exciting, carefree side of the Bahamas which is also rich in culture. This strategy sells the imagination that people wish for a getaway from a stressful life.

In 1999, Malaysia started a campaign saying, “Malaysia, truly Asia” that was super successful and attracted 7.4 million tourists. But in recent years, the tourism industry is facing negative effects due to air and water pollution along with deforestation.

Tourism is a huge economic factor for Thailand. Tourism of Thailand used the slogan, “Amazing Thailand”. In 2015, this slogan was supplemented by “Discover Thainess”. In 2018, Thailand welcomed 22.6 million tourists. This number was 11% more than in the year 2017.

The world is full of beautiful places that should be visited and explored. But they are not because not many people know about these places. And why are people not too aware of them? Is it because it’s hard to reach those places or the places are not easily accessible in other ways or because they don’t have good tourism advertising? I leave it up to you to decide. Let me know in the comments section.

Nepal has attracted travellers a lot. But in 2015, the country faced an earthquake that killed 8000 people and faced about $10 billion in damages. All in all, this destructed the tourism industry. Many palaces that were listed in the UNESCO list got partially destroyed. A year later Nepal’s situation somehow got stable. Till date, it has not recovered completely from the devastating loss. The local government did not take a step to improve the conditions there. Tourism advertising would have helped Nepal a lot. But…

Annapurna trail’s bridges were successfully tested for safety which was rerouted after the earthquake. Kathmandu has some defined activities to offer tourists. Kathmandu also offers cultural centres that should not be missed. There you can also learn the art of playing the bowls.

South America’s drug trades have been the region’s focal point. Nicaragua is a part of Central America and is comparatively safest. But the neighbours, Honduras and Guatemala are amongst most violent countries. That has been one of the reasons that Nicaragua is less explored.

The government there has recently invested in infrastructure that also includes a new highway that is unknown to tourists. The rural Río San Juan region has now opened up the province for tourism. Apart from this, in the garden of the Río Indio Adventure Lodge, the newly opened eco-lodges in the area offers tourists with breakfast buffets. The central American food is not to be missed and the Nicaraguan cuisines are a blend of Spanish, Creole and South American influences.

Armenia has always been in conflict after the Soviet Union collapsed. Karabakh border occasionally has some affray. But despite that Armenia is safe today and is booming with infrastructure. Homestays are designed to attract backpackers and the natural beauty does the rest of the job.

Armenia was the first country to adopt Christianity in 301 AD. Armenia is full of ancient churches and sprawling green canyons. But Armenia’s churches are not the only attractions in the place. Shikahogh State Reserve is again one place that you can not miss visiting when in Armenia. It is so unspoiled and huge that you won’t be able to explore the entire place in a day.

These are a few places that are beautiful but are not explored as much. There are many such places like Iran, Uzbekistan, Timor-Leste, Albania and many more. Tourists go to the places that are much more talked about. They see visuals of the place as a part of tourism advertising and that is when they get to know about the city/country or for that matter any destination.

Don’t be a part of overtourism, explore the unexplored, it’s worth it!